'One valley too far:' How 110 soldiers survived the Mount St. Helens eruption
0 comments
Share this
{{featured_button_text}}
1 of 2 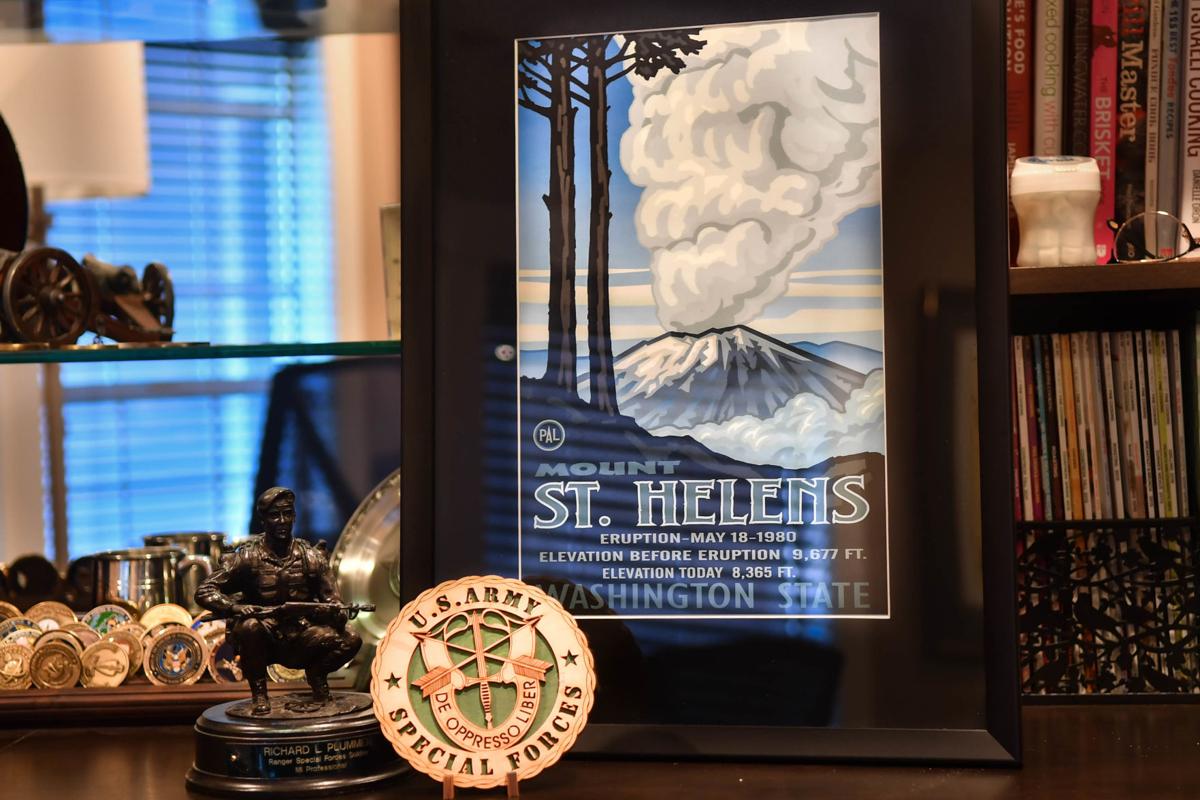 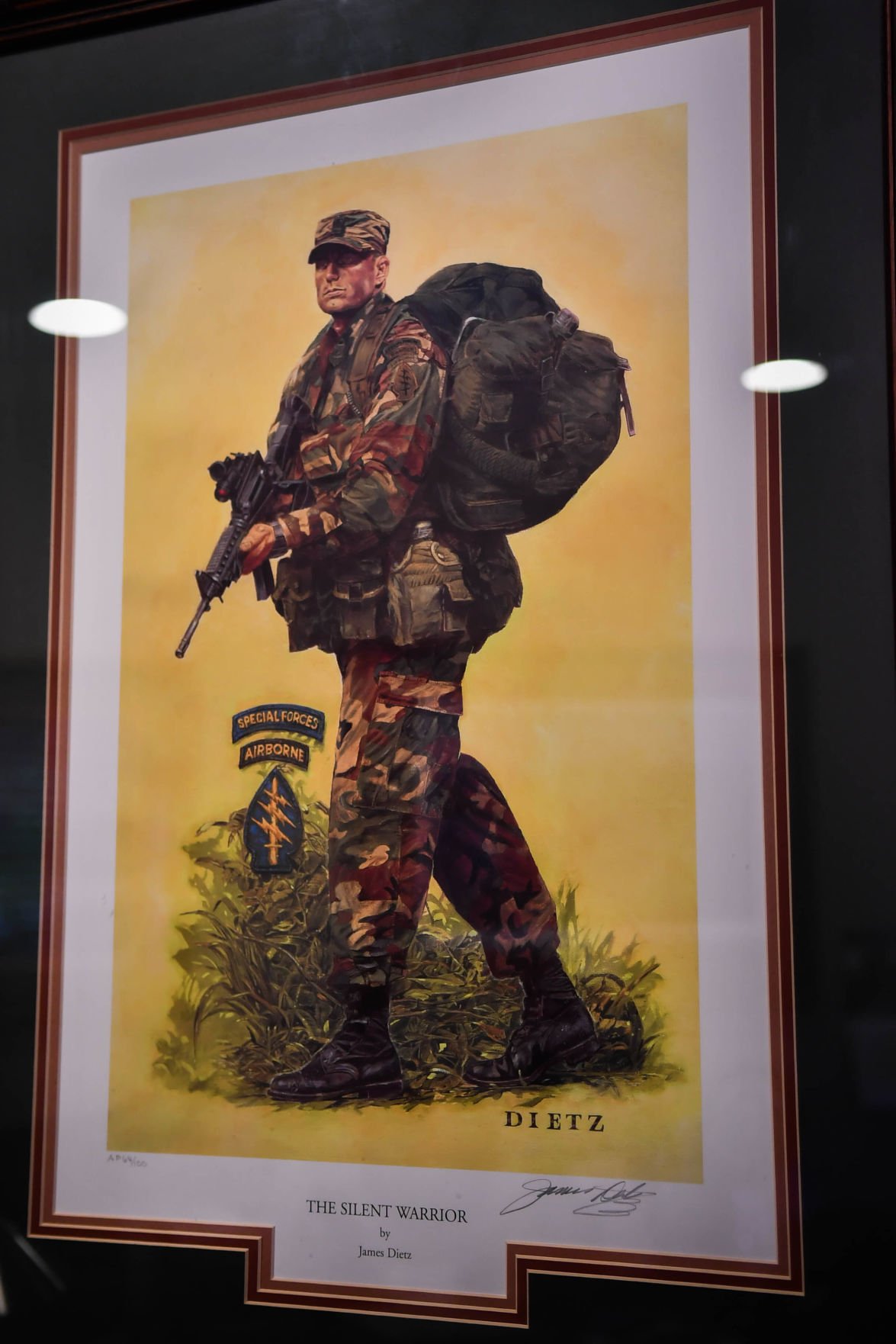 Richard Plummer was a 24-year-old soldier training on a forested mountain slope between Randle and Packwood on May 18, 1980.

He hadn’t heard much, if anything, about the volcanic activity at Mount St. Helens about 30 miles to the southwest. So when he saw a storm of ash rolling toward his Green Beret campsite that morning, he didn’t quite know what to make of it.

But the next 24 hours of his life would be defined by surviving and escaping the aftermath of the most disastrous volcanic eruption in U.S. history.

Plummer and 45 other Green Berets, plus another 64 Army Ranger trainees, were just miles from Packwood when the volcano erupted that morning, directly killing 57 people and ejecting hundreds of million of tons of ash in their direction.

Those soldiers’ story, as far as Plummer is aware, has never been published, although he’s mentioned it to friends and family. Plummer and his wife, Rebecca Holton, both 63, are now retired after decades-long careers in the intelligence community.

“From what we’ve seen and heard and read … this story has never been told,” Holton said in a recent interview at their Vancouver home last week.

Plummer was an E-5 sergeant working in electronic warfare and signal intelligence, or the interception and decryption of signals and other sensitive information.

Prior to May 1980, he was assigned to an intelligence detachment of a special forces unit. He’d already performed tactical intelligence for a couple of on-the-ground training missions with the group in Colorado and Mississippi.

On May 15, 1980, Plummer and his battalion parachuted out of a C-130 into the Cowlitz River Valley for their latest assignment: Unconventional warfare training in the Gifford Pinchot National Forest. They were role-playing a fictional scenario in which soldiers covertly enter a hostile nation and train indigenous guerrilla forces to fight their government. In those scenarios, U.S. soldiers teach discipline, marksmanship and explosives and communications technology, Plummer said.

Sixty-four trainee army rangers out of Fort Lewis played the indigenous group, while Plummer and roughly 50 special forces Green Berets practiced training them, he said. The Army personnel camped and trained in several groups on the north side of the Cowlitz River Valley near Packwood.

Plummer’s count of the soldiers is slightly off from the official count in a statement of circumstances that the Army gave him, which he said may be due to some of the soldiers being stationed at Fort Lewis (now Joint Base Lewis-McChord) while the mission was conducted. In any case, he said, there were between 110 and 123 soldiers involved in the mission. The statement lists 110 soldiers that were specifically in the training area when the mountain erupted.

He doesn’t recall being briefed about the volcano, which had been trembling with earthquakes and sputtering steam and ash for nearly two months while its north flank bulged five feet a day. In any case, he doesn’t recall having any worries about it, despite the extensive media coverage. The mission was performed almost entirely in isolation from the outside world, he said, and the exercises were planned at least a year in advance.

But his team was told that their training area had been moved by the Forest Service. Only after the eruption would Plummer learn that their original training site was “leveled” by the eruption.

Plummer had been out most of the night to construct a radio transmitter. At about 4 a.m. Sunday, he finally got back to camp and fell asleep in his “hooch” — military slang for a low-rising, improvised shelter.

By about 8 a.m., the roughly 25-person camp was up and active. Plummer, tired from the excursion, got up a half-hour later to make coffee while his intelligence partner rested. He noticed the water in his canteen was rippling even as he held it still.

Then, he saw thick black clouds rolling in from the south. They thought it was a thunderstorm, so the soldiers scrambled to stow equipment and button up the hooches.

They started hearing objects hit the fir trees around them. “Sounds like hail,” Plummer’s partner said from inside the hooch.

Plummer saw one of the objects hit a poncho and start smoking.

“Since when is hail hot?” he asked.

They heard the news over their one-way radio: The mountain had erupted. The team was in a sound “deadzone,” Plummer said, so the sound of the blast had gone right over them. (According to the USGS, the physics of sound meant the eruption could not be heard in certain areas within a few tens of miles of the mountain, despite the sound reaching hundreds of miles further into British Columbia, Idaho, California and Montana. The eruption was not heard in the Kelso-Longview area, for example.)

As the ash started coming in, Plummer pointed a flashlight down from his waist — the light beam couldn’t reach his foot through the flurry of particles.

Everyone was ordered to hunker down in their hooches, and within 15 minutes, they were “engulfed.” For the three or four hours, they waited out a “claustrophobic” storm of ash that turned the sky dark.

One of the most harrowing moments came as Plummer and his partner rolled through CB radio bands.

“We think … we heard two people dying. That’s real chilling. One of them ... they were screaming, and they appeared to be driving, and then the radio just went out. Static. So our surmise is they lost their effort. You’ve got to be neutral at that point. You ain’t got time to be emotional. … You move on. You look for other signals. There’s nothing I can do about it. I can’t talk to them. I can only receive.”

Around noon, light started poking through as the ash settled down.

“When you came out of your hooch, it was like the moon (but) with trees,” Plummer said. “Everything was gray.”

Ash was piled up to eight inches around them, Plummer said. Anything smaller than a basketball was lost under the blanket of gray.

The “surreal” descent back to civilization took at least an hour. The ash was light and easy to push through, but it obscured tree limbs and other obstacles. By 3 p.m., all troops had made it to Packwood.

Plummer doesn’t recall any of them being injured, and if they had been, he said it would have been so noted on his statement of circumstances. The soldiers were about 20 miles from the edge of the blast zone, but large chunks of debris fell from the sky well beyond that.

“I think about the fact that we were lucky,” Plummer said. “The explosion itself went right over us. I mean, we were oblivious. … We were one valley too far. Thank God.”

Fort Lewis almost immediately sent trucks to pick up the rangers, but the Green Berets stayed through the night to help in Packwood. Plummer and several other soldiers blocked Highway 12 to turn away potential looters, and a local restaurant gave the soldiers free hot meals while they worked.

By 10 a.m. the next day, the Green Berets were all on trucks out of the area.

After debriefing and spending two days cleaning the ash out of their gear, the soldiers were given a day off to recuperate and recreate in Seattle.

“Already on the street corners, there’s hawkers selling little vials of ash for three or four bucks,” Plummer said. “I remember walking up to one of them, saying ‘Ya want some? I got pounds of it.’ He’s like, ‘Get away from me.’ ”

The next day, Fort Lewis restarted their exercise in the Olympic National Forest. The soldiers couldn’t help but laugh when they woke up the next Sunday morning, covered in ash again.

“It was only about a quarter of an inch, but we were told that Mount St. Helens puffed, and the winds took it to the northwest. It was like, ‘Come on, give us a break.’ “

After seven more years and an injury, Plummer transitioned to the Army reserves in 1987. He started dating Holton in the early 1990s while they were instructors at an Army intelligence school. The couple spent about two more decades working at positions in the Department of Defense as civilians, and they fully retired from the Army in 2015.

Between work and leisure, they’ve traveled often and have visited several other volcanoes, and they’ve climbed Vesuvius in Italy and Kilauea in Hawaii. And they plan to take a volcano naturalist course next spring that will bring them back to Mount St. Helens to learn more about the eruption.

“I like to say, it tried to kill me once. So, in my retirement, here’s your second chance.”

Even four decades after Mount St. Helens erupted, stories never told before keep cropping up. We believe this is one of them. It arose during our planning for the 40th anniversary of the volcano's catastrophic eruption on May 18, 1980. We're printing it today as a preview of our coverage, which will appear next spring, and to solicit your help in finding untold stories about the event. If you know of a volcano story that has eluded press coverage, contact City Editor Andre Stepankowsky at andre@tdn.com.

A statement of circumstances regarding the soldiers' experience during and after the eruption, written by an Army officer, is attached to the online version of this article. 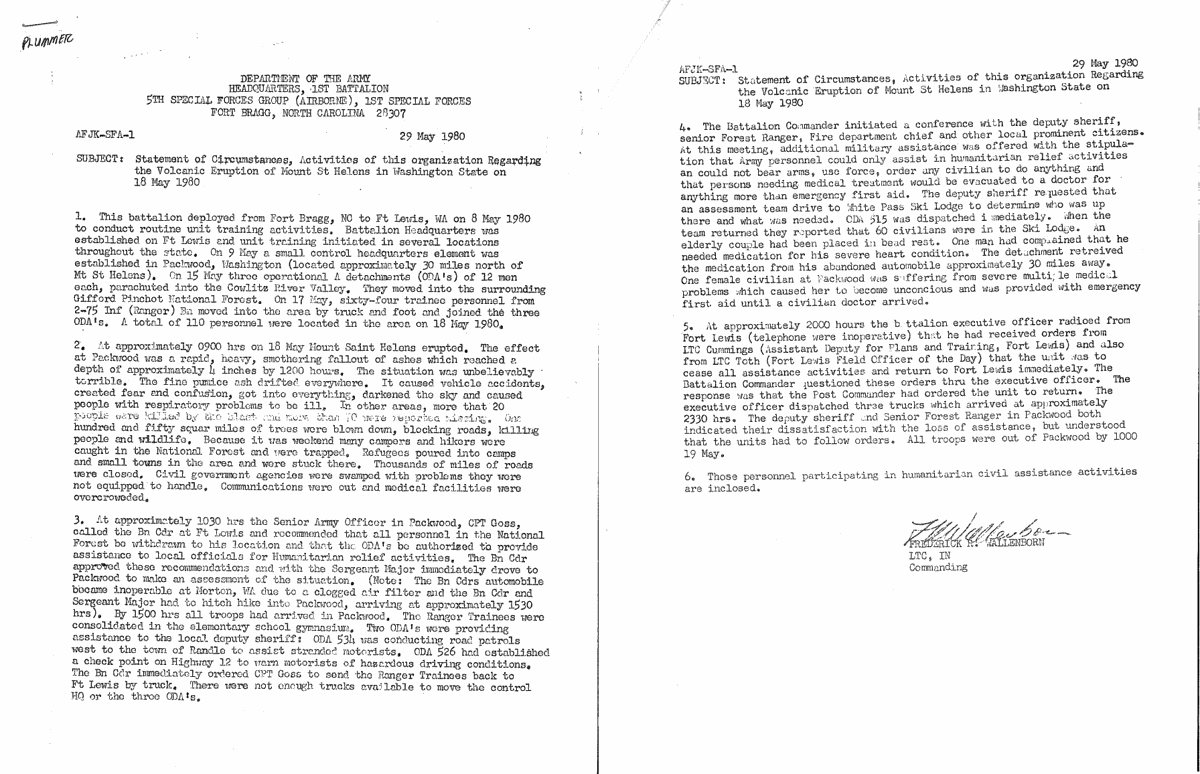 A typed statement of the events surrounding the May 18, 1980 eruption of Mount St. Helens and how the 110 Army soldiers responded to the eruption.