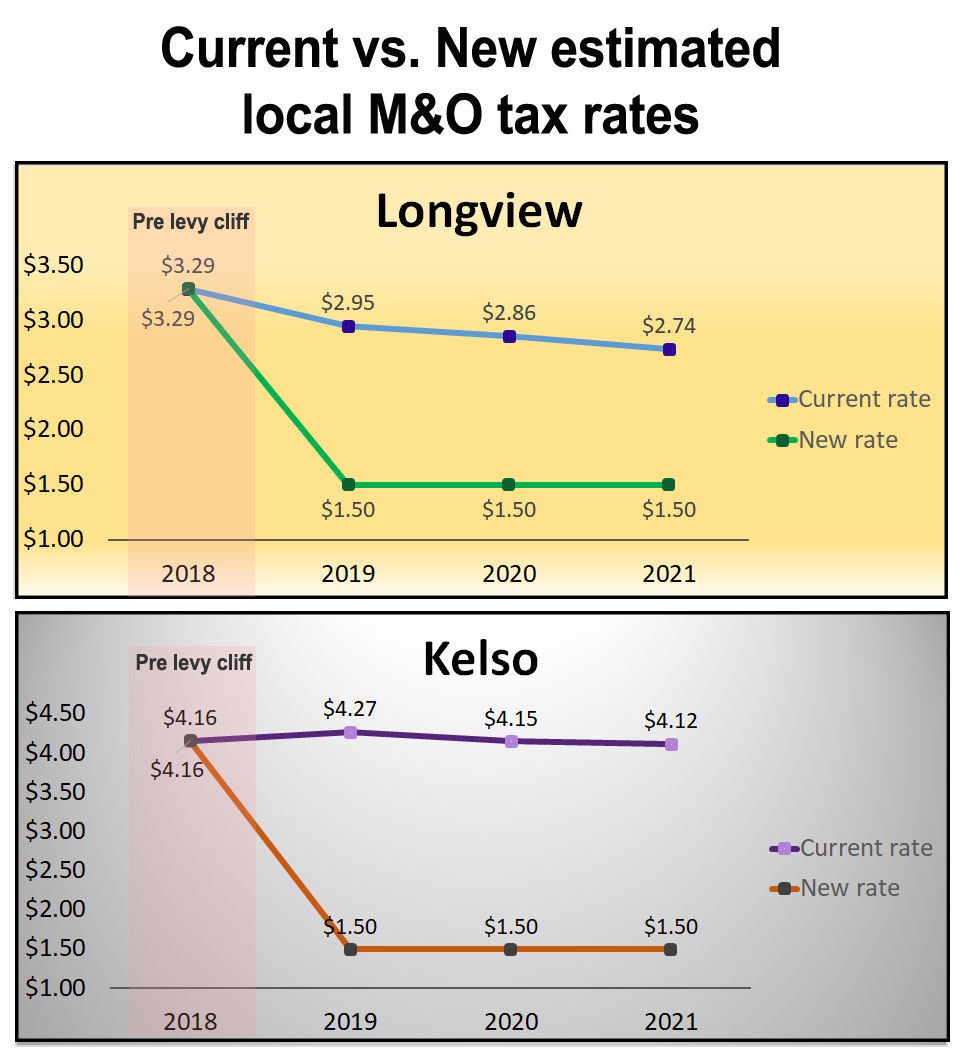 With finalized budgets due at the end of August, it’s crunch time for local school districts. School administrators are hustling to piece together what the state’s ambitious new K-12 education funding plan means for the new school year and beyond.

“There are more questions than there are answers right now,” said Scott Westlund, business manager for the Kelso School District. “We haven’t been able to verify the hard numbers yet.”

Last month, state lawmakers agreed on a solution to the state Supreme Court’s McCleary decision, which required the state to fully fund basic education. The Legislature ultimately produced a deal that adds an additional $7.3 billion in education funding over the next four years. Gov. Jay Inslee lauded the deal as “historic.”

But details are still hazy because it took lawmakers three special sessions and the threat of a state government shutdown in order to reach a last-minute compromise. The bill text was printed on a Friday morning then voted out of both the House and Senate later that same day, leaving only hours for lawmakers and the public to review the specifics.

The bottom line, at least in the near-term, is that local school districts can expect a modest increase in state funding for programs this year. Bigger changes are on the horizon starting in 2018.

As part of its new funding plan, the state created a $500 million fund that will go to high-poverty schools for learning assistance programs. Based on early calculations, 10 of Longview’s 15 schools will split about $600,000 from the fund, which will be used for math and literacy intervention services targeting students below grade level. A number of high-poverty Kelso schools will see some of that money, as well.

The state is also providing districts with additional class size-reduction funds in order to comply with a 2014 voter-approved initiative intended to cap K-3 class sizes at 17 students.

“They finally came through on what was requested by the voters,” said Patti Bowen, business manager for the Longview School District.

Career- and technical-education programs will see a boost in funding to reduce target class sizes, with additional funds for materials, supplies and operating costs.

The state will contribute slightly more for special education, although Longview and Kelso will still have to backfill the gap between state and federal funding.

One of the biggest questions local districts now face is what new requirements for local school levies will look like as part of the levy swap. The levy swap essentially increases the state’s local property tax collections and reduces local reliance on “excess” maintenance and operations levies.

The new legislation requires that local levies — traditionally used by districts to meet basic education needs — be used for “enrichment” purposes only. According to the Legislature, enrichment activities include anything beyond what the state defines as basic education such as after-school programs or athletics. But so far, no details have been provided to Longview and Kelso administrators as to exactly what the local levies can be used for moving forward.

“We really need to work through and verify that the local tax cuts that are planned and additional state assistance that’s coming will be made up in those losses” created by the levy swap, Westlund said.

Both districts had planned to ask local residents to approve new local school levies, which are now subject to review by the Office of the Superintendent of Public Instruction.

This could create funding conflicts for certain programs such as special education. Based on the Seattle Public School District’s reading of the new restrictions, local levy money can no longer be used to fund such programs.

“The proposed budget provides the district $16 million in new special-education money but takes away the ability to use local levy dollars to fill the remaining $44 million gap. This is untenable,” the district said in a statement.

Westlund said more work may need to be done to address the deal’s flaws, but also noted that districts and the Legislature have two years to tweak the plan before the major changes occur.

“Even though there’s still a lot of uncertainty, I think at some point it will get clearer and we’ll be able to move forward,” he said.