WOODLAND — For the past three days , two-person teams with names like the Red Hats, Drama Queens, Outlaws and Harry Potter have spent hours hiking around Mount St. Helens and Southwest Washington to place 3,500 seismic recorders in the ground.

An unprecedented four-year project to image the plumbing system under Mount St. Helens needs every available seismic recorder in the country, and scientists and volunteers have been scurrying around the region like legions of ants to place them.

Scientists hope the “iMUSH” study — Imaging Magma Under St. Helens — will help improve long- and short-range forecasting, though the first results are at least two years away.

“It’s kind of surprising but we still have very little idea about the volcano’s plumbing system, the size and location of things and how they’re interconnected,” said Alan Lerner, a University of Portland graduate student. “I don’t think anybody has been involved in a project like this before. It’s really exciting.”

A core group of scientists working with 55 volunteers from around the world were at Woodland Intermediate School and Castle Rock High School this week organizing the equipment and getting it ready for the field. After being checked out by equipment specialists, the recorders were taken into the field and buried in the earth 12 to 18 inches deep.

Once all of the recorders are in the field, the project scientists will spend two days detonating half-ton to one-ton explosive charges placed in nearly two dozen bore holes drilled 70 to 90 feet deep. The seismic equipment will record the shock waves as they travel though the earth’s crust.

The larger detonations will be set off farther away from the volcano — as far as the Columbia Gorge and Riffe lake — and the smaller detonations closer to the volcano. Area residents won’t feel a thing.

Volunteer crews placing the equipment noted the location of each recorder using a GPS waymark so the equipment can be retrieved later — that is, if they are still there. On the first day in the field, one of the recorders was found by a local resident and turned in to the sheriff’s office.

The $3 million project is paid for by the National Science Foundation and uses equipment borrowed from New Mexico Tech’s seismic equipment lending library. Library staff member Mouse Rewsch travels with the equipment, including the Texan seismic recorder (named for the state where it was invented) to locations throughout the world.

“These instruments are loaned out to different projects, such as iMUSH. A lot of them were recently in Georgia, USA, and in Venezuela,” Rewsch said. “We have 2,600 Texan recorders here.”

Soft rock — like molten liquid rock — slows seismic waves. So measuring the speed with which the shock waves travel through the earth can identify pockets of magma, project scientist Eric Kiser said.

Most of a volcano’s structure is deep in the ground, and scientists only have good data three or four miles deep. They are hopeful the new data will let them “see” much farther down.

“It’s sort of like doing a CAT scan or ultrasound, only we’re doing it on a big scale to get an image of Mount St. Helens that goes from the surface of the earth to about 25 miles down,” Rice University professor Alan Levander said.

Among the questions the scientists hope to answer is how magma rises into the volcano from a melt zone 50 miles below, how long that takes and how many places the magma is stored in along the way.

Levander said an image of the underground system likely is still two years away.

Having to wait that long didn’t dampen the spirits of volunteers. Anne Schopa came all the way from Germany to be part of the project. Schopa, a volcanologist who studies magma temperatures, said she was glad to have the opportunity to get out in the field.

Watch the results from the explosions in real-time here: http://imush.org/blog/2014/07/20/realtime-recordings-of-the-active-shots

Shari Phiel covers Cowlitz County government, transportation and environmental issues for The Daily News. Reach her at 360-577-2510 or sphiel@tdn.com.

For the fist time, scientists studying Mount St. Helens have found an area deep below the volcano that may pool or channel molten rock up into…

A comprehensive look back at the 1980 eruption with historic photos and editions of The Daily News. Interactive features include time-lapse sa… 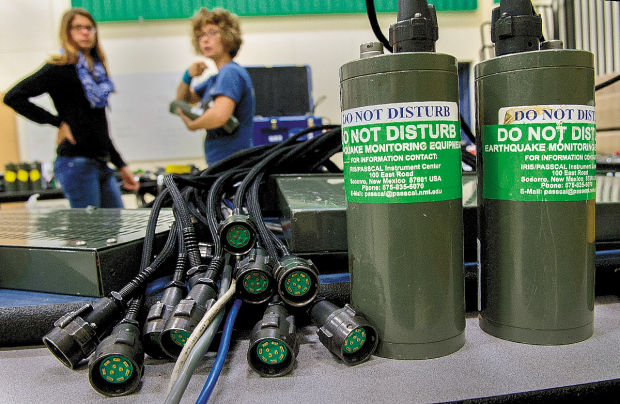 Green earthquake monitors await reprograming before being placed in the field. 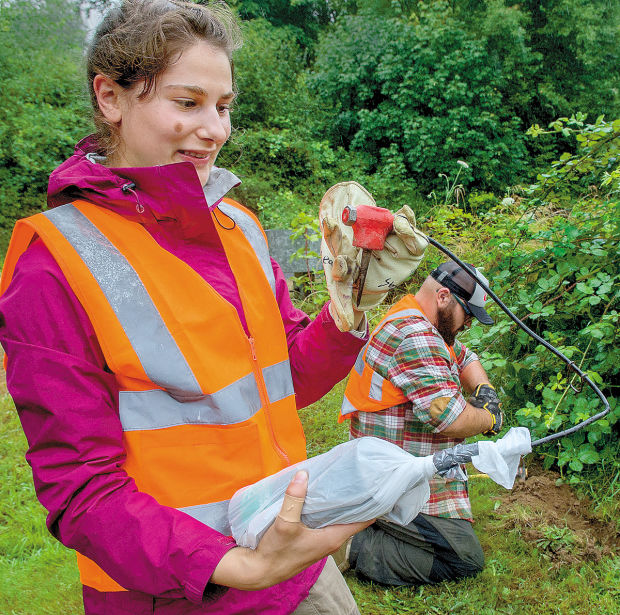 Cal Tech college student Leah Sabbeth and Nicholas Lock from the University of Alaska Fairbanks prepare a sensor that will be buried near Mount St. Helens. 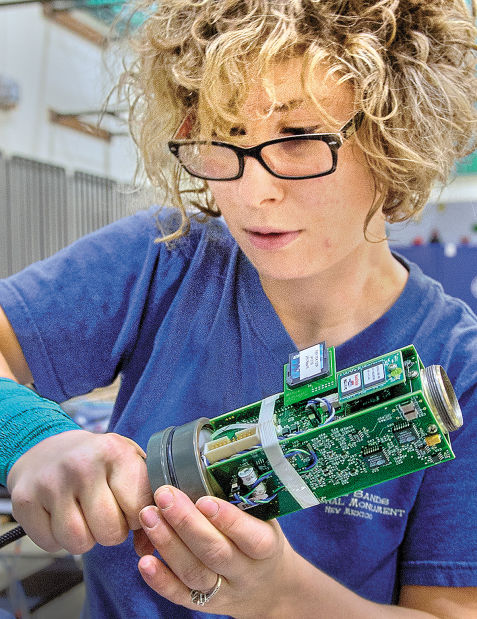