After Millennium Bulk Terminals’ parent company filed for bankruptcy this month, the fate of the proposed coal terminal on the old Reynolds Aluminum Co. site is again in doubt, with opponents to the terminal calling the project dead.

On Jan. 8, a bankruptcy judge in Delaware signed a motion of Millennium Bulk Terminals’ parent company Lighthouse Resources to withdraw from Millennium’s lease with Alcoa, which owns the land along the north bank of the Columbia River near Longview. The move puts all of Lighthouse’s holdings under Chapter 11 bankruptcy protection.

Lighthouse owns and operates several coal mines located in Wyoming and Montana as well as the Millennium Bulk Terminal and land across the region.

A Lighthouse press release said COVID-19 was the driver behind its filing for Chapter 11 bankruptcy. The company also laid off some of its workforce at the Decker mine in Montana.

As no buyer for the land could be found, all of Millennium’s assets, including the 540 acres of land it was leasing from Alcoa west of Longview, reverts back to Alcoa.

“The Debtors (Lighthouse) incur high carrying costs on a weekly basis associated with the Millennium Facility that can no longer be supported in the absence of a post-petition sale process,” court documents say.

Lighthouse representatives said Millennium Bulk Terminals will continue to exist inside of the Lighthouse Resources company structure and will remain in bankruptcy. After the assets transfer to Northwest Alloys, a subsidiary of Alcoa, it is “anticipated that all site tenants and operations will continue.”

While the coal terminal never got the permits it needed to operate, Millennium is subleasing the property to four companies, including Octavus Storage, a car storage company, and Triumph Aerospace, an airplane parts company.

Millennium first leased the land in 2011 with a 60-year lease, according to court documents. It planned to build a $680 million coal export dock in Longview for coal being mined from another one of its holdings in Wyoming, but since then it has faced a number of legal challenges to get the necessary permits.

Previously, Millennium estimated that the terminal would support 1,300 construction jobs and 130 permanent jobs, as well as generate millions of dollars annually in taxes. However, the project got tied up in the permitting process and litigation.

The state denied two shorelines permits and one water quality permit for the project, without which Millennium cannot operate a coal terminal. The company filed lawsuits against the state departments of Ecology and Natural Resources appealing the denials, but every legal body that has made a final decision on permit denials in these cases has upheld the denials, according to Ecology.

Columbia Riverkeeper Legal and Program Director Lauren Goldberg said the bankruptcy action shows that “dirty coal has no place on the Columbia” and that the plant was truly dead after years of the state being “crystal clear in their denials of various operations.”

“Lighthouse’s failed venture opens the door for a new era: cleanup at the old aluminum smelter and local leaders taking a hard look at how redevelopment at this site impacts people’s health and our climate,” she said.

Alcoa bought the Reynolds Metals Co. and its Longview aluminum plant, located west of Longview, in 2000. Alcoa is an international aluminum company with operations in multiple countries and U.S. states.

The cleanup plan includes removing or capping some of the contaminated soil, installing barriers in some areas to stop groundwater fluoride from moving off the site and ongoing monitoring. Contamination currently in groundwater beneath the site is expected to diminish naturally.

In 2016, contaminated river sediments adjacent to the site were cleaned up, according to Ecology, and Ecology is finalizing the engineering design and permitting for land cleanup and plans to start work in 2022. It will take about two years.

Sandra Davis with environmental group Lower Columbia Stewardship Community said after Alcoa completes the cleanup action plan, she’s “hopeful that any and all new tenants will add value to the property and protect our environment from further pollution.”

Local environmentalist Diane Dick said the project is “basically dead and buried in my opinion.”

“As far as that particular business enterprise … I don’t believe there is any way forward for it,” she said.

While the land is private property, Dick said she would like to see it used for something productive that will provide sustainable, clean jobs, perhaps clean energy production.

“We obviously are going to be quite observant of if they propose any large projects that might be questionable as far as their environmental impacts,” she added.

As for the company’s future plans, Alcoa spokesman Jim Beck said Alcoa and Northwest Alloys are “committed to ensuring that the environmental monitoring and management at the site are seamlessly continued during this transition.”

“The Longview site remains an important asset for future development, and plans will be evaluated once the ground lease reverts to Northwest Alloys as part of the bankruptcy action,” he said.

The federal government argued in a May filing that because the Millennium Bulk Terminal project is dead, there is no legal controversy for the nation’s highest court to consider.

Despite Montana and Wyoming's arguments that the case would examine "Washington’s longstanding discrimination against two landlocked states’ sovereign interests in getting one of their most important commodities to market," seven judges moved to deny the case on Monday, with Justice Thomas and Justice Alito preferring to see the case move forward. 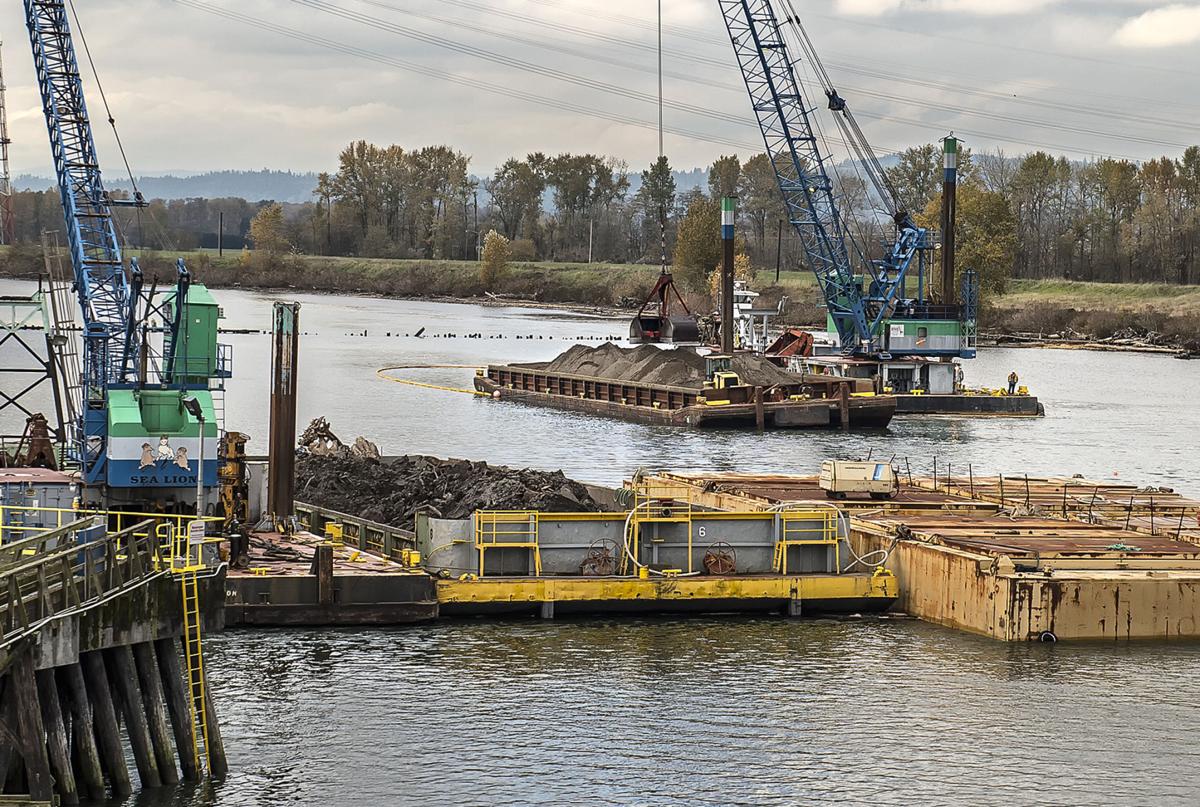 Workers clean up legacy contamination from the former Reynolds aluminum plant just off the dike at the Millennium Bulk Terminals Longview site on the Columbia River in 2016. 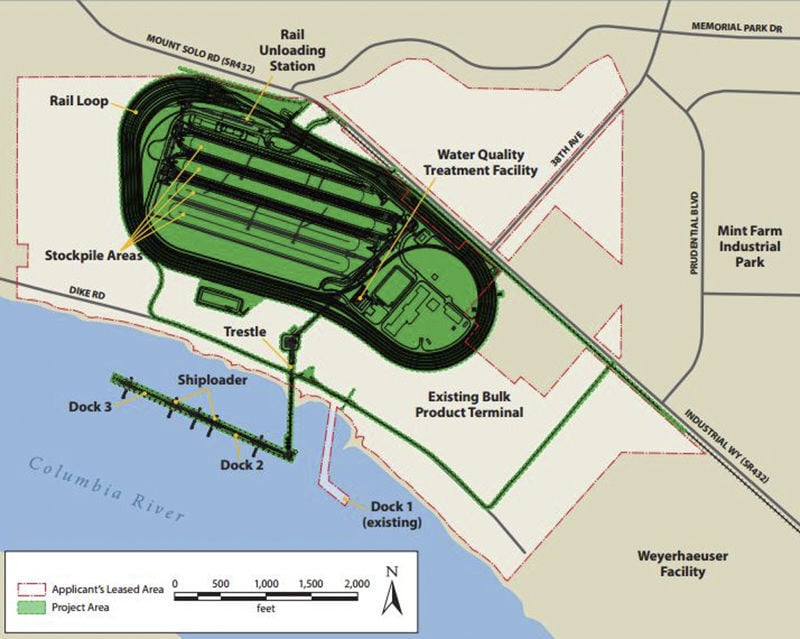