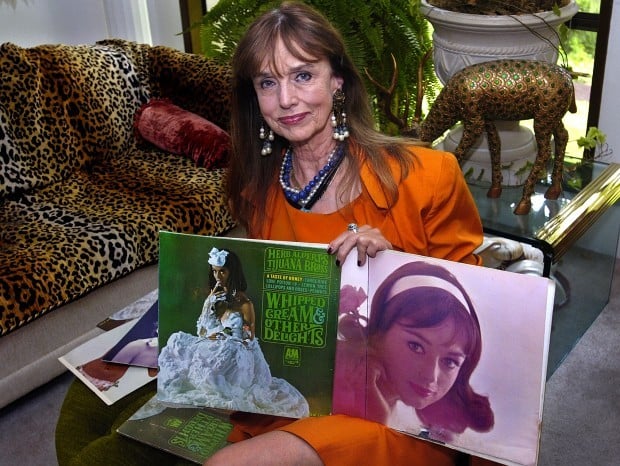 Delores Huffhines, often called the "Whipped Cream Lady' for her cover photo on the Herb Albert record album, Whipped Cream and Other Delights. 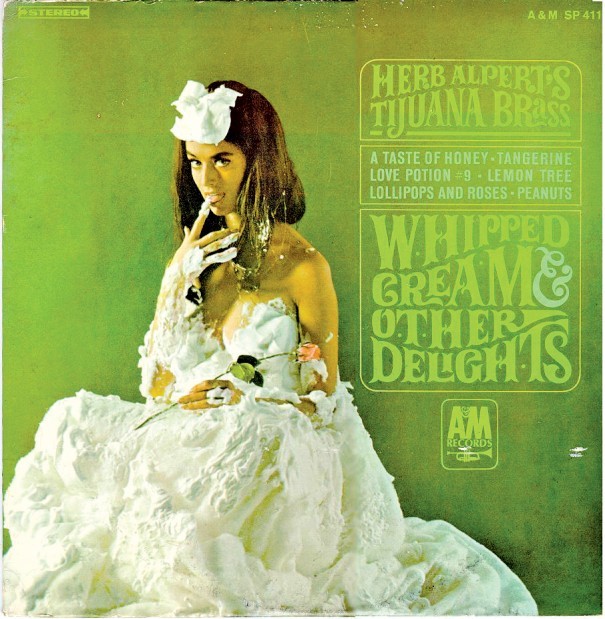 The cover of “Whipped Cream and Other Delights,” the 1965 recording by Herb Alpert and the Tijuana Brass, features Dolores Erickson Huffines, now of Kelso. The record sold 6 million copies and is widely considered one of the most recognizable album covers ever.

A woman with a sultry gaze, apparently wearing nothing but whipped cream, licks some off her finger.

If you didn’t instantly visualize “Whipped Cream and Other Delights,” you’ve been living under a rock.

The 1965 recording by Herb Alpert and the Tijuana Brass sold 6 million copies — and some say the album cover had a lot to do with it.

“To this day, people come up to me and tell me how much they love the album,” Alpert wrote in the liner notes of a reissue in 2005 for the album’s 40th anniversary. “And then there are those who come up and say they really, really love the album cover!”

The model, Dolores Erickson Huffines, now of Kelso, calls the cover “the little ghost that follows me” but has grown to enjoy the attention. Today, it will give her a little more.

At 10:30 a.m., she’ll meet fans and pose for photos at Golden Oldies in Seattle.

“It seems like everybody who sees that record knows someone who had it,” said Howard Hooper, Golden Oldies manager. “It’s amazing. Kids 16 or 17 will recognize the cover.”

In 2002, about 2,000 admirers came to hear Erickson speak at Experience Music Project museum in Seattle, which named “Whipped Cream” the most recognizable album cover in history. A mural of her decorates the entrance to Golden Oldies record store in Seattle’s University District.

Erickson, who will turn 77 in September, grew up in Seattle and worked as an actress and model in New York. She was three months pregnant when she was flown to Los Angeles to shoot the “Whipped Cream” cover.

“I thought, ‘Just another job,’” Erickson recalled in a 2005 Daily News story.

She said the photographer draped a sheet over her lower body — she was three months pregnant — and slathered her mostly with shaving cream. Actual whipped cream was used only on her head.

After a divorce, Erickson moved to Longview in the mid-1970s and was married to the late Bob Huffines Jr. Now an impressionist painter, she retains her model’s figure and sense of style.

Hooper said Erickson is “really nice” and visits the store every few months to sign copies of some of the albums she appeared on during her modeling career in the 1960s. Titles include “Piano Witchcraft of Cy Coleman,” “Sold Out” by the Kingston Trio, “The Touch of Your Lips” by Nat King Cole and “Guantanamera” by the Sandpipers.

CASTLE ROCK — Silver Lake, a popular bass fishing spot, is on track to become unsuitable for any fish populations of recreational or economic …

One injured in Kelso crash, driver arrested on suspicion of eluding, vehicular assault

Delores Huffhines, often called the "Whipped Cream Lady' for her cover photo on the Herb Albert record album, Whipped Cream and Other Delights.

The cover of “Whipped Cream and Other Delights,” the 1965 recording by Herb Alpert and the Tijuana Brass, features Dolores Erickson Huffines, now of Kelso. The record sold 6 million copies and is widely considered one of the most recognizable album covers ever.