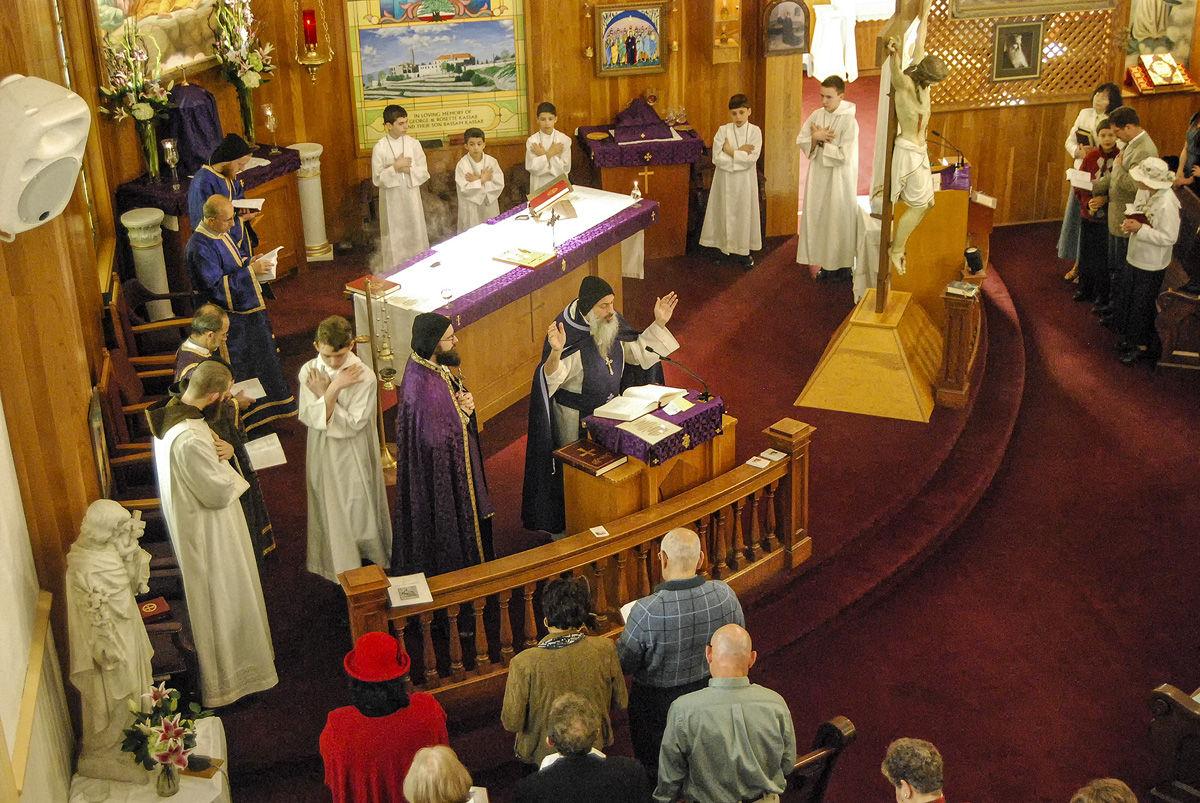 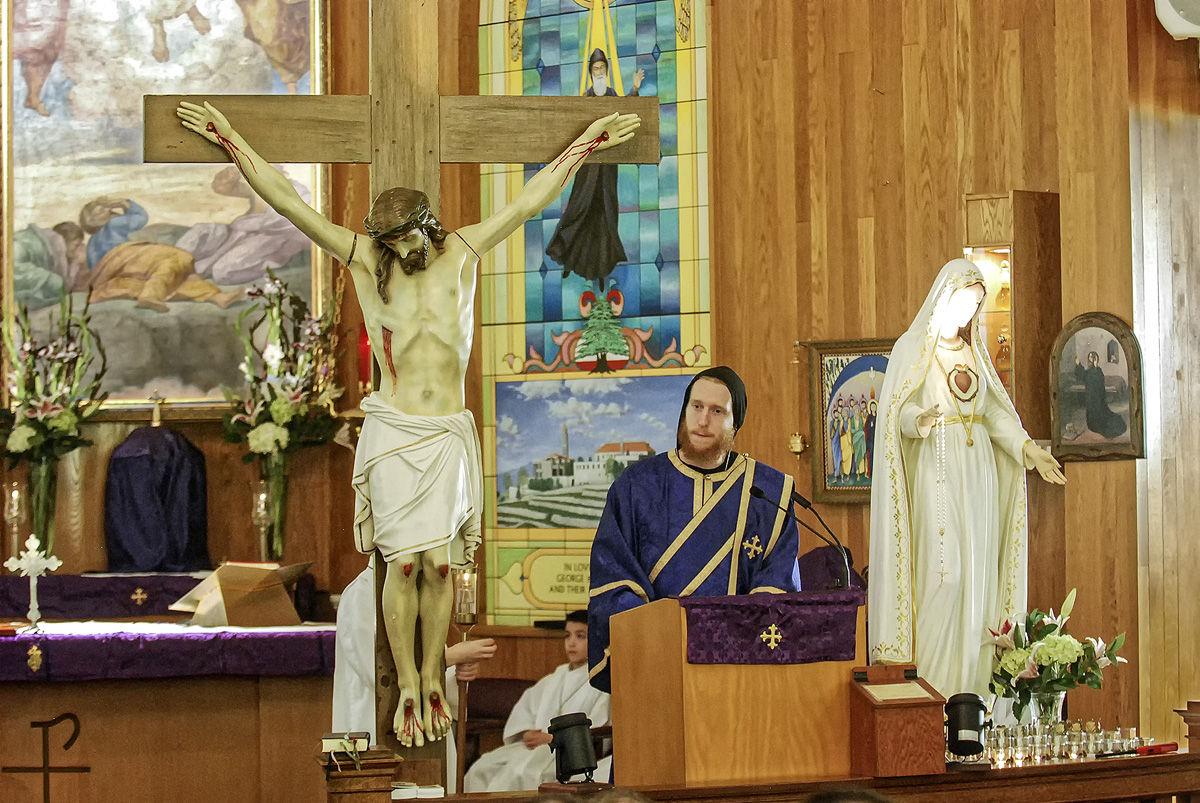 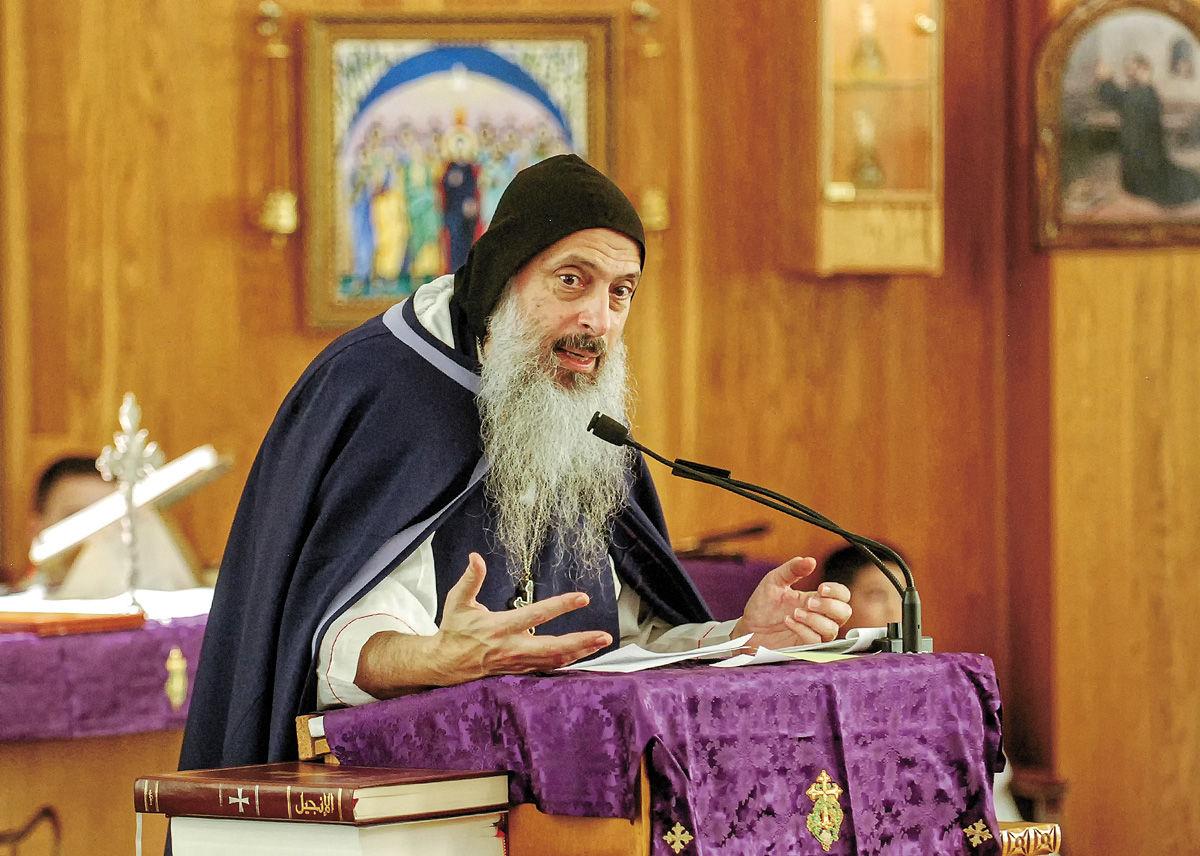 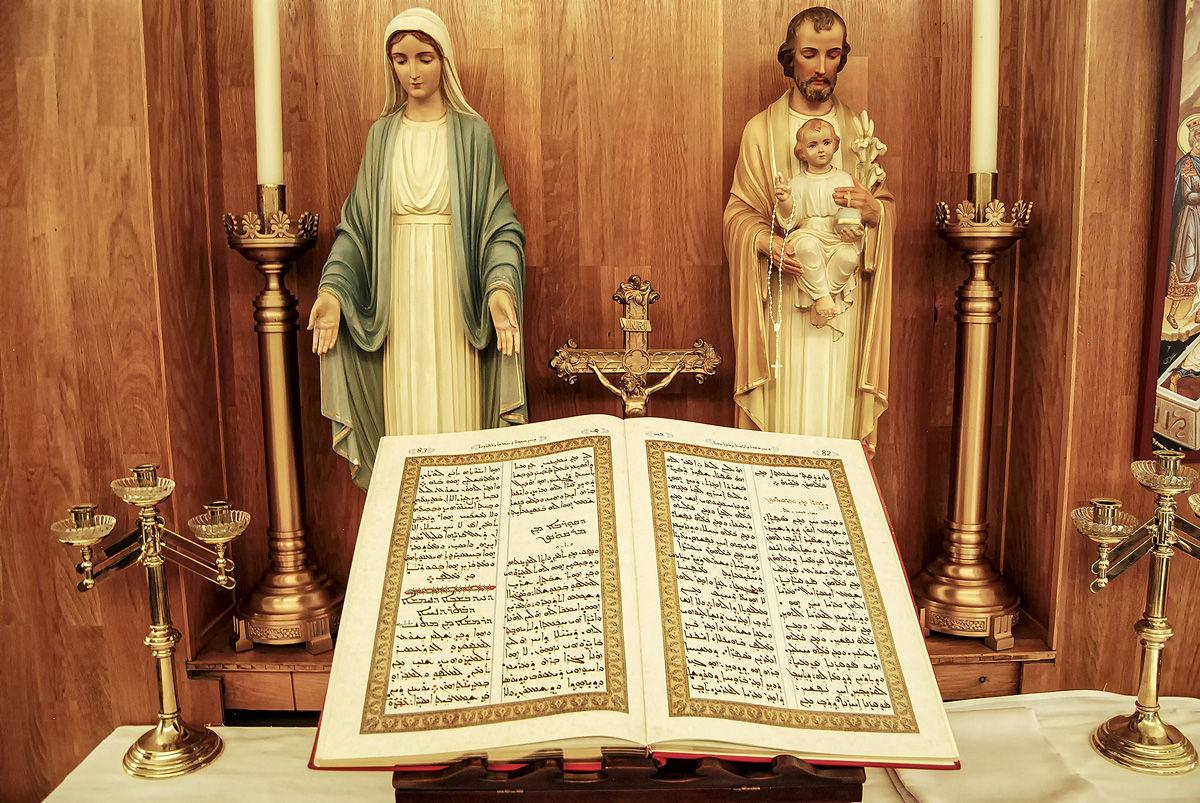 The Masses at St. Sharbel are delivered in Arabic, Aramaic, Greek and English.

A group of Maronite Catholic monks is bringing a taste of their Eastern religious tradition to Castle Rock.

The group, formally known as the Maronite Monks of Jesus, Mary and Joseph, is raising $3 million to erect the Sacred Heart Monastery on 65 acres of farmland northwest of Castle Rock.

They purchased the acreage in December after a five-year search in Oregon, Washington and Idaho, said Abouna Jonathan Decker, who will be abbot of the monastery.

“We feel like the Holy Spirit was calling us to that place, and we had people praying,” said Decker, who sports a long, wiry beard and traditional black habit.

A native of Pennsylvania, Decker moved West in 1989 and helped establish the Oregon monastery— located in a small house in Beaverton — in 2011.

The Castle Rock-area monastery will provide a place of retreat and prayer, said Brother John Michael Morgan of the monastery. Monks will live a contemplative life.

Morgan said it will act as a place where “people can come and talk.”

“Not that many people have someone to talk to. …We’re that listening presence,” he said.

“I think the things we most hunger for are spiritual things,” Morgan added. “We’re a community hopefully that will give (to the area) with our emphasis on prayer.”

Decker stressed that the monastery will not function as a parish and will open to the public only on a limited number of days.

The monks’ living quarters will be separate from the space open to the public.

For the past 20 years, Decker has served as pastor at St. Sharbel’s Maronite Catholic Church in Portland, but he will be phasing out of that position this summer to focus on the monastery.

The monastic buildings will reflect “Eastern architectural flavor,” Decker said. The religion is part of 22 eastern Catholic rites. Masses at St. Sharbel are delivered in Arabic, Aramaic, Greek and English.

Falling in line with Maronite tradition, the Castle Rock monastery will be positioned “ad orientem”– meaning that it will face east. The structure itself will serve as a place of prayer for 10 to 20 contemplative monks.

“Our mission is to adore God and worship him. That’s our first charism,” Decker explained. “We are there to pray for the people.”

The monks are using the Go Fund Me Internet site to raise an initial $500,000 – enough money to begin building living quarters for the monks. The entire venture – which will include a chapel and a guest house – is estimated to cost $3 million, Decker said.

“We’re looking for angels to bring the money,” teased Wadih Kaldawi, a deacon at St. Sharbel.

The monks also will cultivate a garden and raise livestock. They already have eight cows and a bull, Morgan said.

“We’re keeping the land agriculture-friendly,” Decker said. “Part of our discipline as monks is to live off the land.”

Decker said the monastery will provide “a place of hope” to the community.

“The monastery is to glorify God and (is meant to be) a presence in the community,” he said.

Who are the Maronites?

• Maronite Christianity began in the Near East in an areas that today make up Lebanon, Syria, Jordan and Israel.

• Like Roman Catholics, the Maronites profess the same Apostolic Faith, celebrate the same sacraments and are united with the Pope. They have their own theology, spirituality, liturgy and canon law.

• Their common language was Aramaic, the language of Jesus. Aramaic is still used by the Maronites in some hymns and parts of the Mass.

• The Maronite Church is named after St. Maron, a hermit born in the mid 4th century A.D. His disciples built a large monastery in his honor after he died.

The moon's phases may be affecting mankind's sleep

The Masses at St. Sharbel are delivered in Arabic, Aramaic, Greek and English.