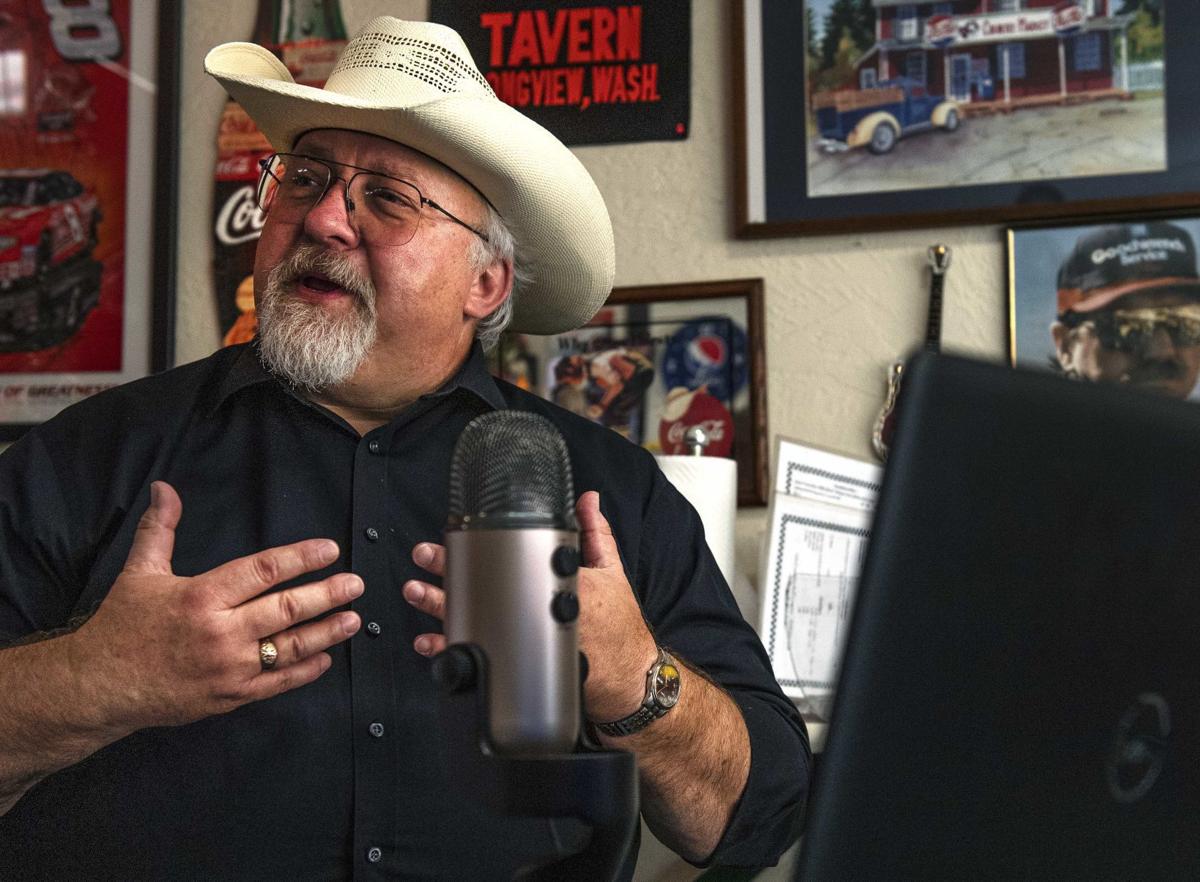 Former Cowlitz County Sheriff Mark Nelson recently started an internet blog wherein he shares his thoughts on politics, faith and current events. His live videos are often accompanied by a local guest or his own musical musings. 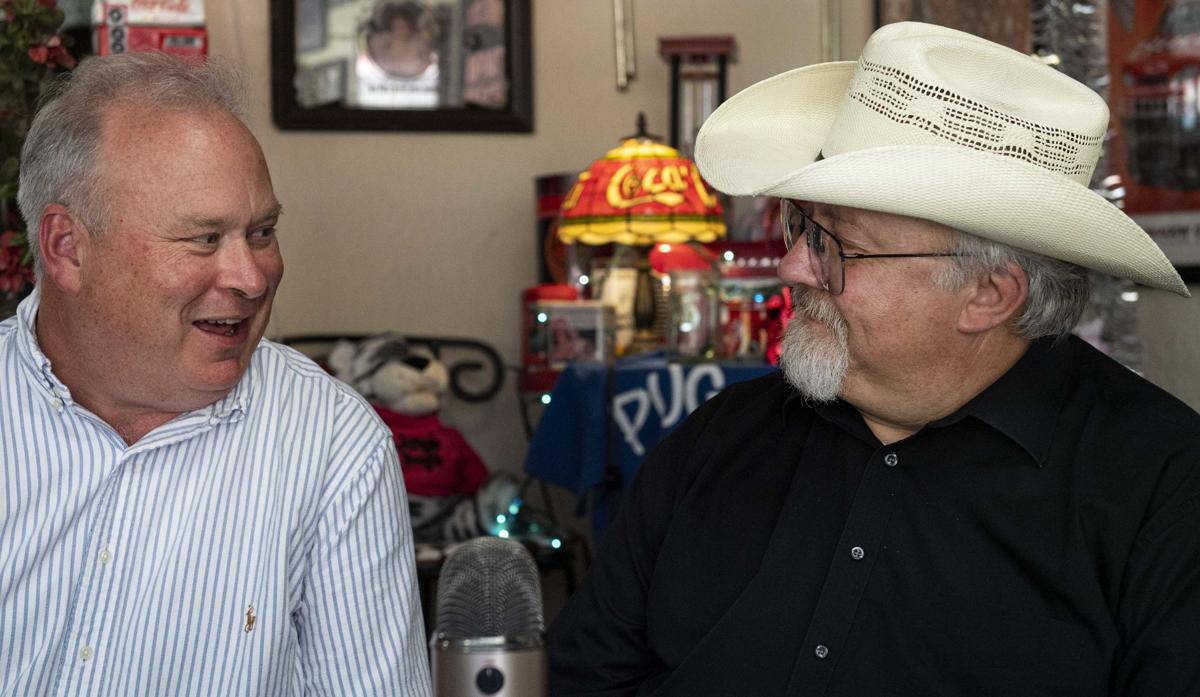 But several times a week, he’s behind a camera, wearing his signature cowboy hat, to broadcast his thoughts to hundreds of fans across Facebook and YouTube.

He’s recording for “Mark My Words,” a personal blog and commentary show he started in late January.

Nelson, who turns 63 on Wednesday, said the show partially began as a sort of post-election therapy after he lost his bid for re-election in November. But the 30- to 45-minute broadcasts have grown into a place for the career lawman and devout Christian to share his thoughts on local events, inspire friends and family into civic action, and interview prominent local figures.

“The Mark Nelson that’s sitting here today is the same Mark Nelson that sat in the sheriff’s office,” Nelson said in a recent interview. “Am I different in some ways? Yes. ... There are things that happen in life that cause you to grow, to re-evaluate things.”

Nelson’s philosophical speaking style easily lends itself to his broadcasts. He often pauses to perfectly formulate a thought, explains ideas with analogies or stories, and finds greater meaning in moments of courage or discovery. Most of the videos are shot in a spare bedroom, giving them an feeling of intimacy, but they also have moments of levity.

“I’m calling this page Mark My Words,” Nelson said in his first video, “because my name is Mark and these are my words.”

Nelson has used the show to interview city council candidates and elected officials in a semi-regular segment hosted at Lynn’s Ice Cream Yogurt & More on Commerce Avenue in Longview. Nelson asks guests about local issues and initiatives they’re passionate about, as well as personal topics like how they got into their field.

Those segments are also part of “Live from Longview,” a public interest show that began on KLTV but which is now hosted on Facebook. Candace Benton, a Kelso woman who organizes guests for the show, said Nelson is its most frequent host.

The productions are something of a family effort. His children and 94-year-old mother are active watchers, and his wife always makes Nelson a pre-program cup of tea.

In his retirement, Nelson has also been filling in as a pastor at a few local churches, including Longview’s First Christian Church, so some broadcasts of the show are taken directly from the pulpit.

“Mark My Words” often feels like a sermon. Nelson opens most of the videos with a prayer, and he frames his transition into civilian life in spiritual terms.

“How can a bowl or a cup understand the vision and the purpose of the potter?” Nelson asked rhetorically in his first video. “What is this purpose, this new thing that God has for me?”

Much like the bowl, Nelson decides, he exists for whatever purpose his creator made him.

Over his 41-year law enforcement career, Nelson worked for the Longview and Woodland police departments and the sheriff’s office. He followed in the footsteps of his late father, former Cowlitz County Sheriff Les Nelson, and served as sheriff himself from 2009 through 2018.

Like many local first responders, Nelson was devastated by the April shooting death of Cowlitz County sheriff’s deputy Justin DeRosier, whom Nelson himself hired. It was a topic Nelson addressed in an emotional broadcast several days after the shooting.

“I will not say (that DeRosier died) for no reason,” Nelson said in the broadcast. “It was a senseless act, clearly. But I won’t degrade the job that he was doing. I won’t degrade the fact that Justin, even in (responding to) a parking complaint, was fulfilling his obligation, his sworn oath and duty to the citizens of this County.”

That Nelson had no role to play in the events after the shooting made it even harder for him, he said in an interview.

“I wanted to be there, because that’s who I am,” Nelson said. “That’s the reason why you become a cop: ‘There’s something going on, I need to be there.’ ... It was the thing that I most dreaded happening during my time as the sheriff.”

Since retiring, Nelson said he’s been pursuing speaking opportunities, growing the “Mark My Words” business and exploring his music career. He hopes to release an album covering old love songs in the winter.

And while “Mark My Words” sometimes covers local politics, Nelson tries to steer clear of partisan controversy. He said his goal is encouraging people to be civically involved and showing and encouraging the positive side of the community.

“People around here, they are so quick to respond, to give whatever they have,” Nelson said. “It’s real, it’s genuine, the fact that people here care about people here. And it’s because they’re good people.”

Former Cowlitz County Sheriff Mark Nelson recently started an internet blog wherein he shares his thoughts on politics, faith and current events. His live videos are often accompanied by a local guest or his own musical musings.