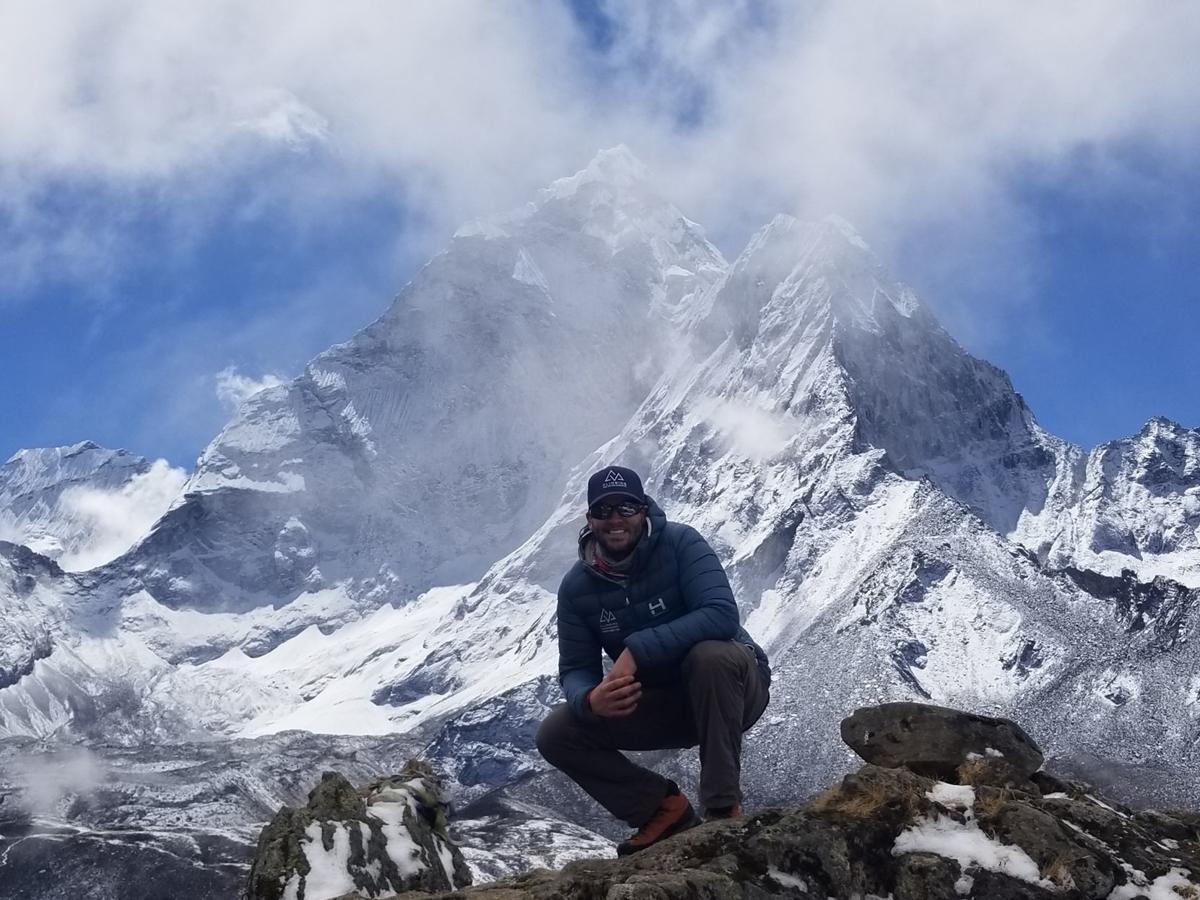 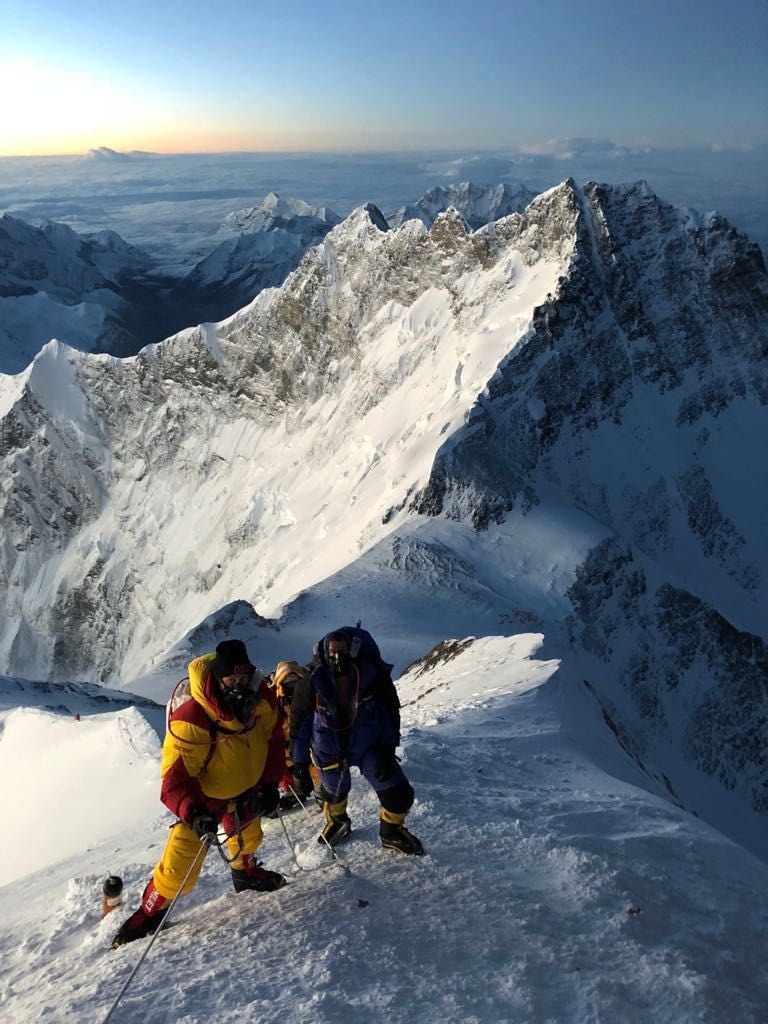 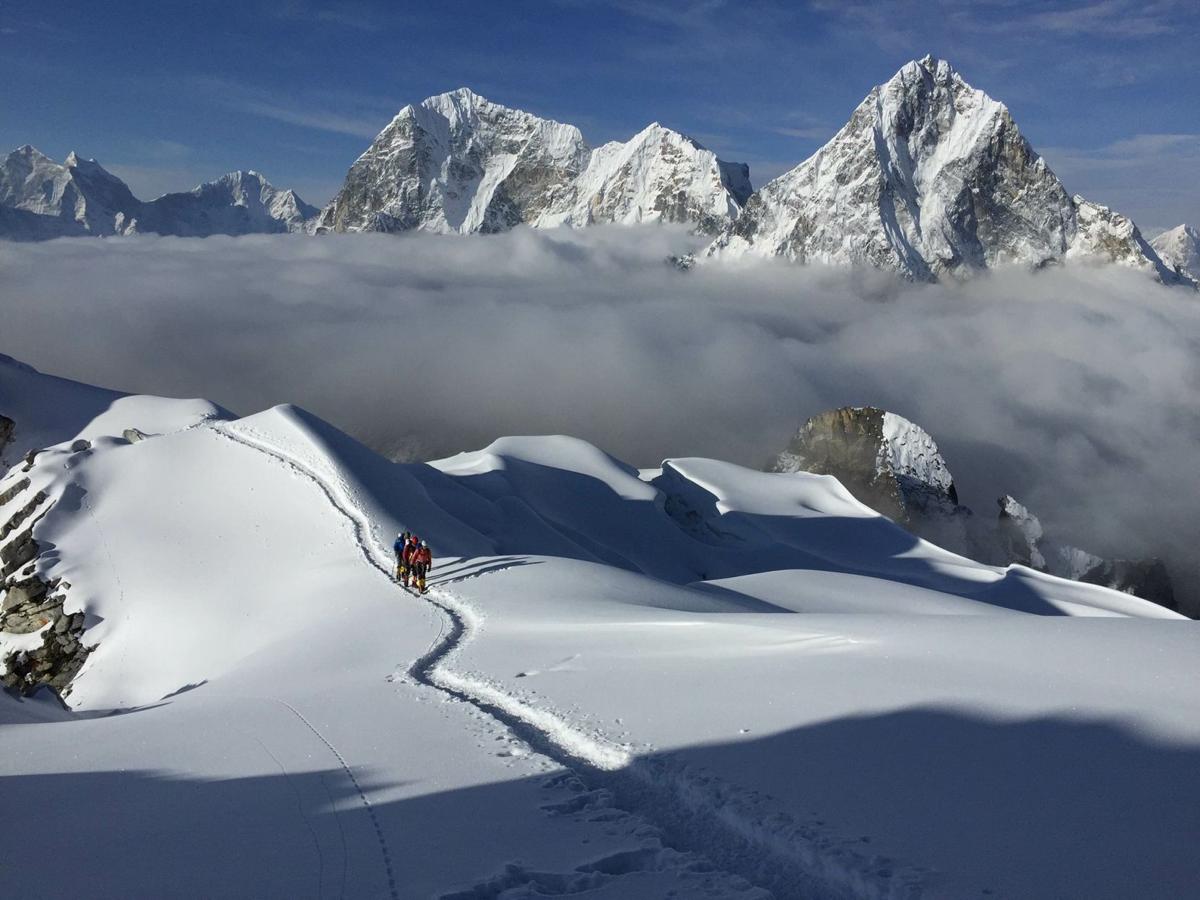 Zac Mahlum and his climbing group make their way to the summit of Mount Everest. 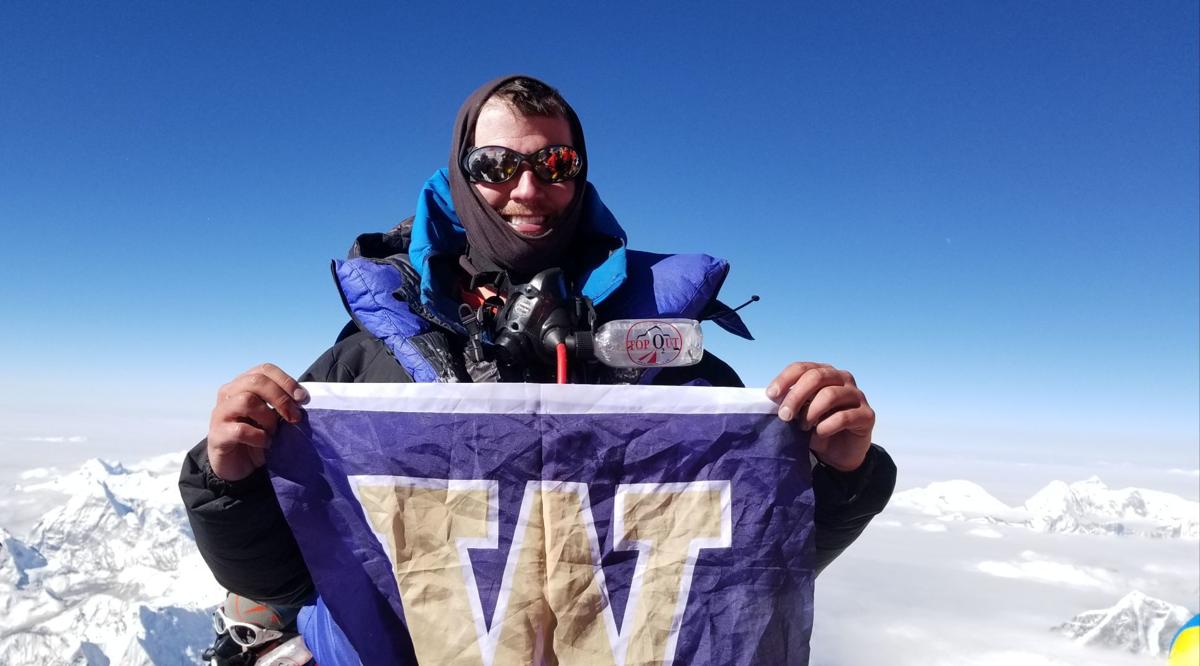 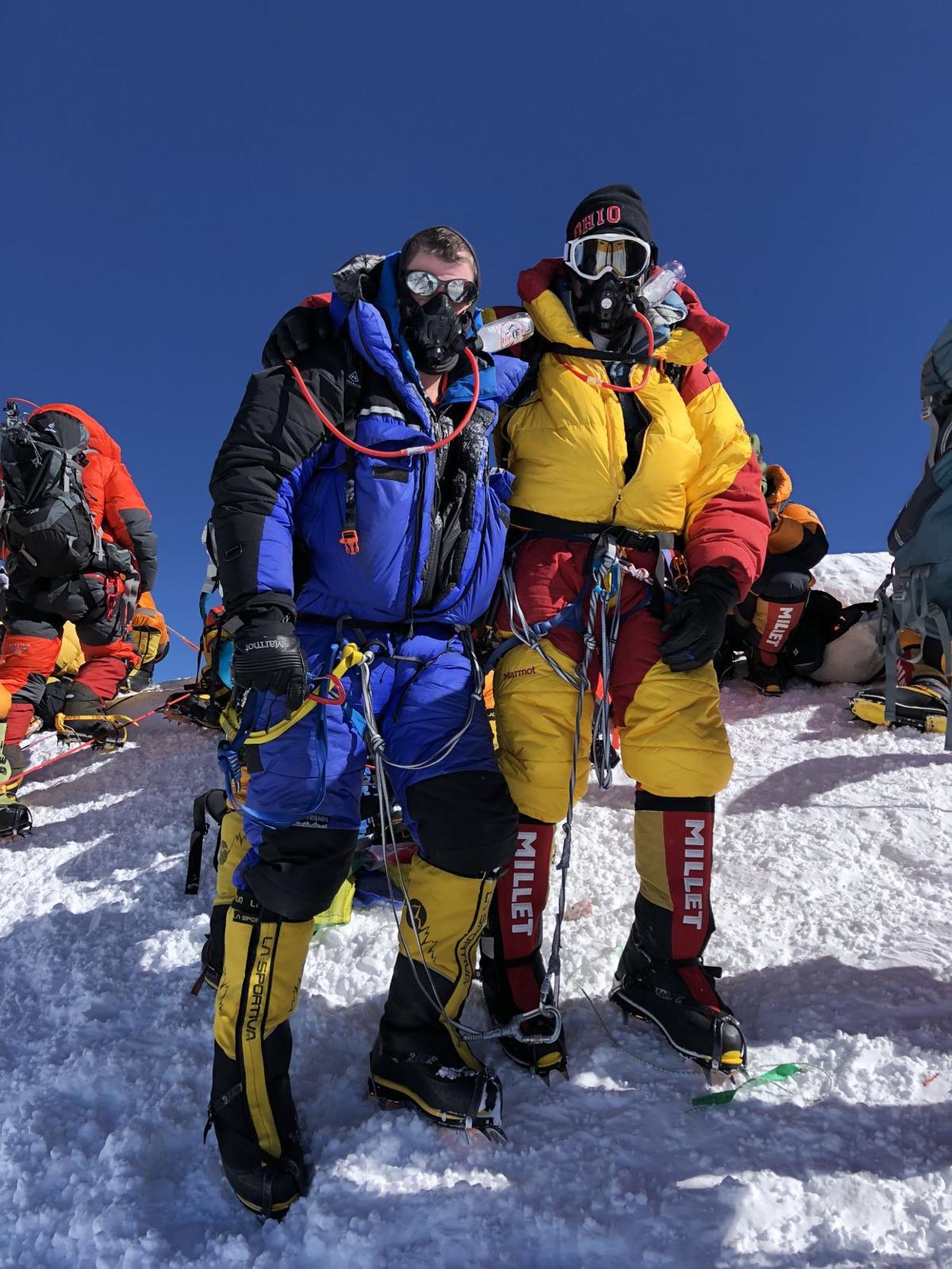 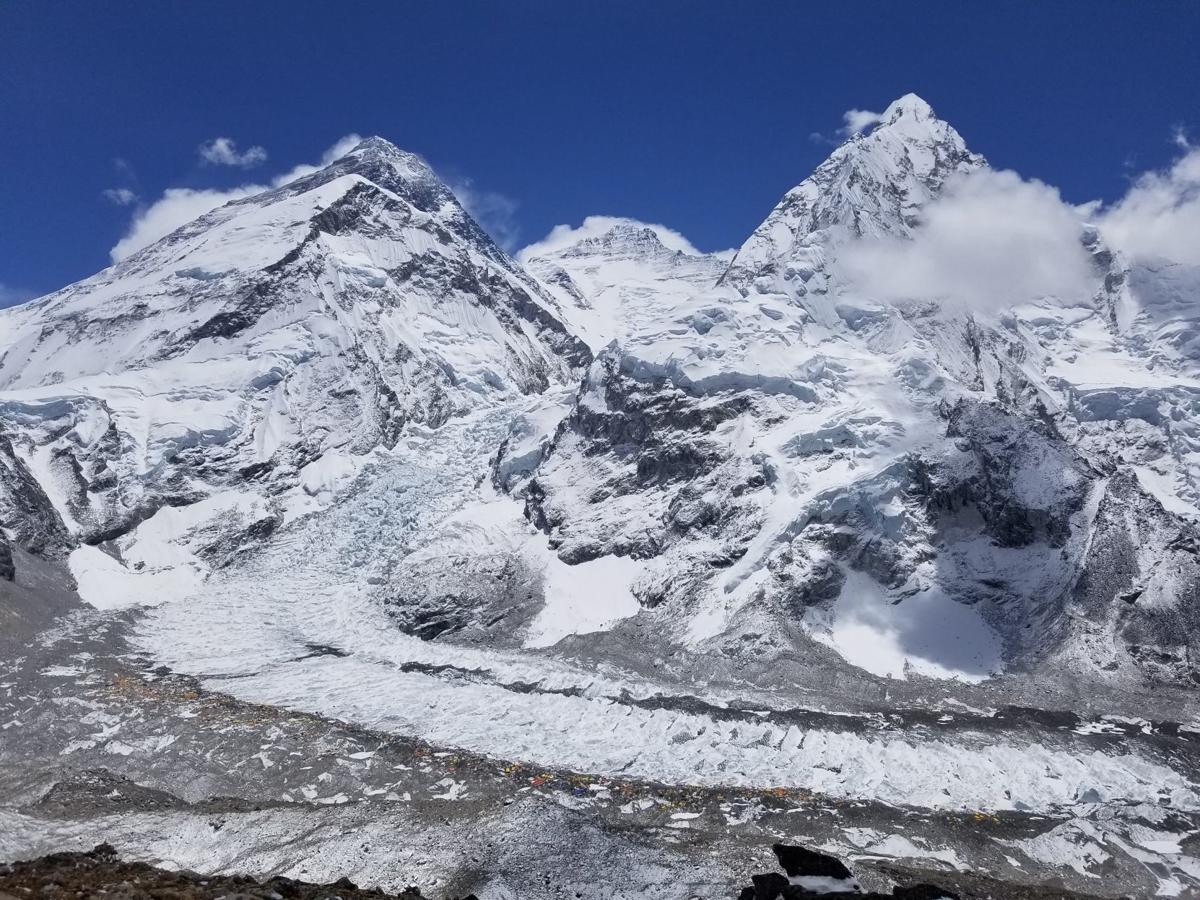 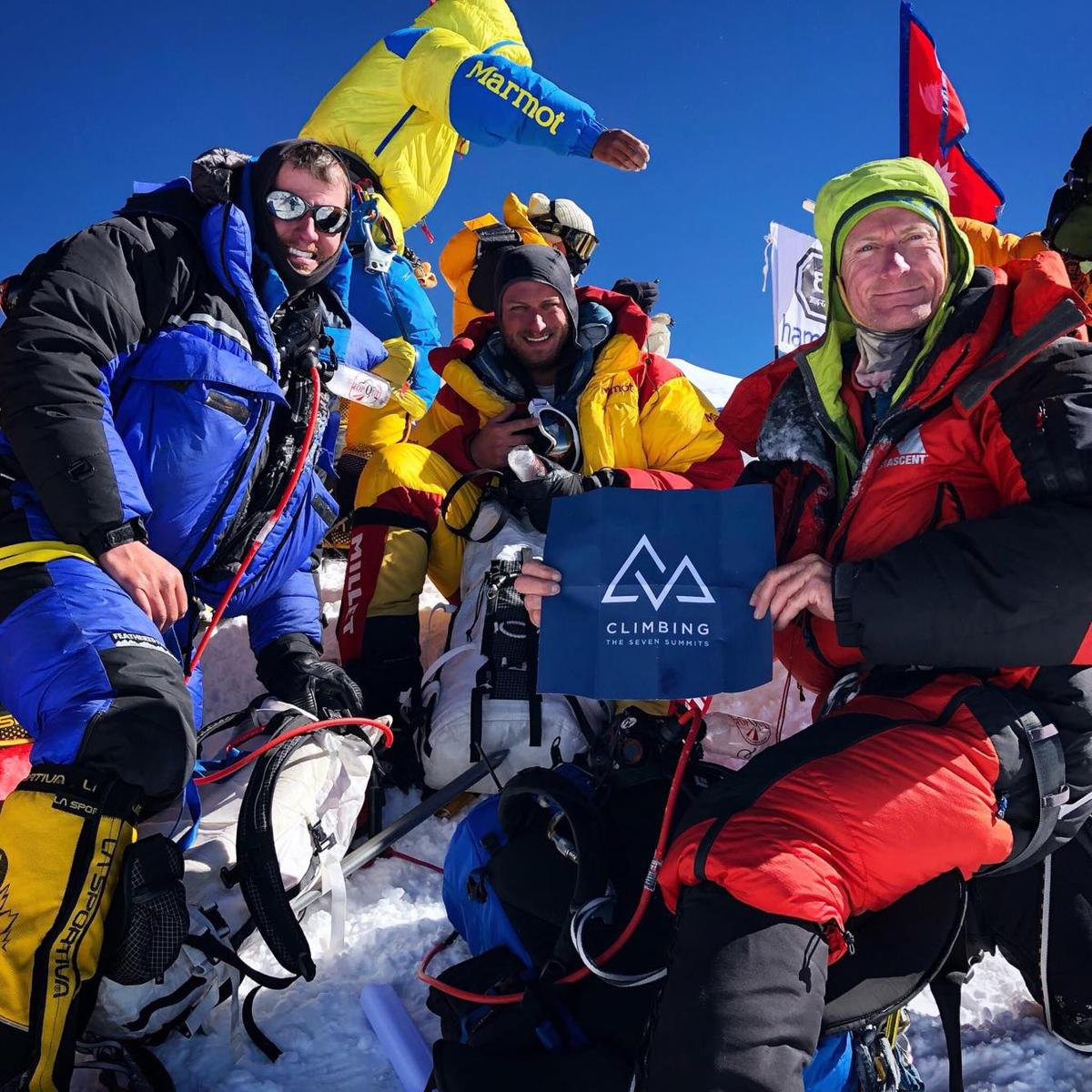 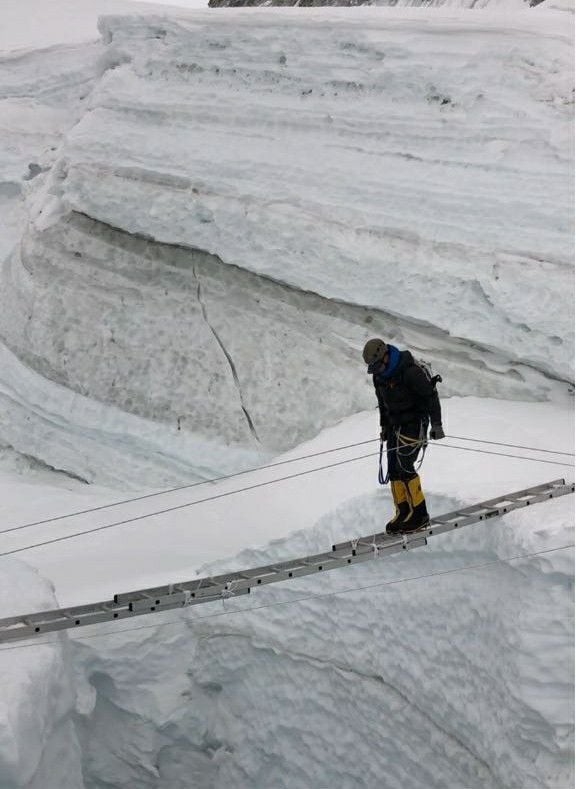 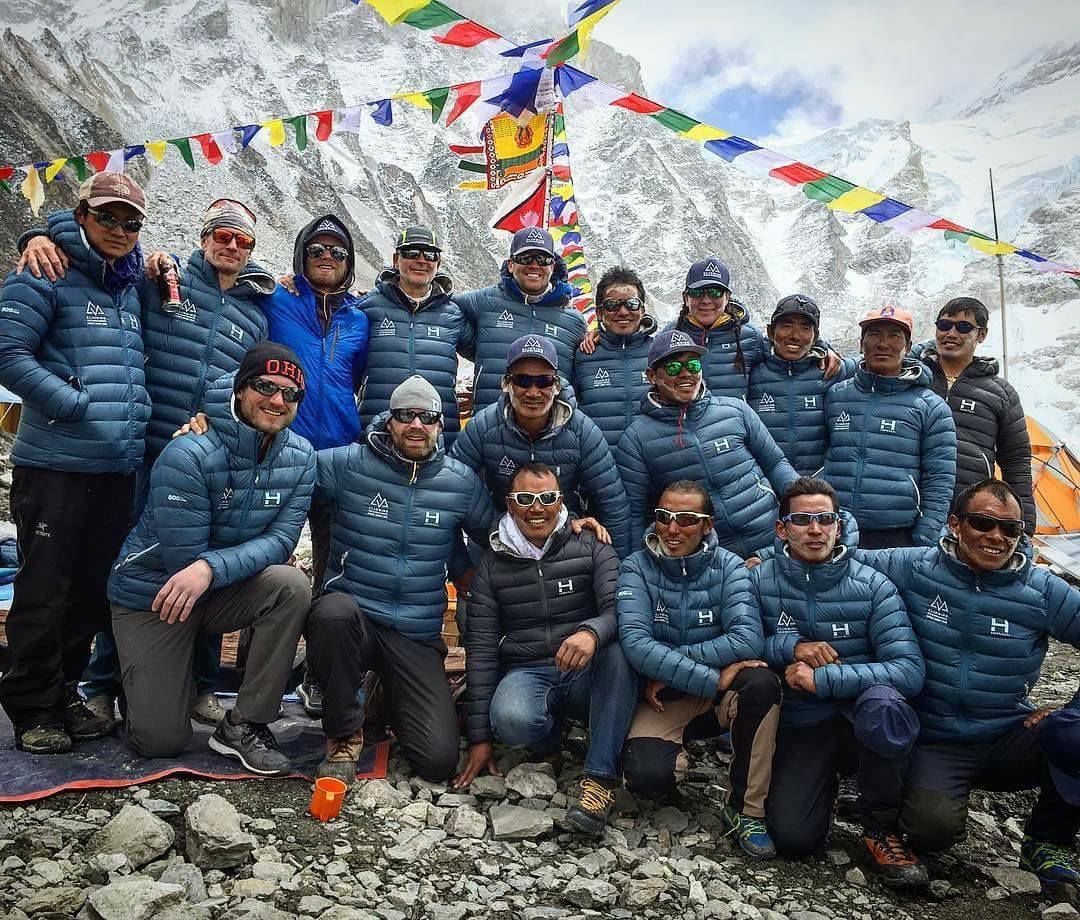 When Mark Morris High School alum Zac Mahlum was getting equipment ready for the final push to the summit of Mount Everest last month, he felt his body start to shut down.

Humans aren’t meant to survive above 25,000 feet, making the last 4,000 feet in elevation on the world’s tallest mountain the “death zone,” Mahlum said. And while there, Mahlum said he witnessed a fatality that put into perspective the very real risks he faced.

“Your fingertips get cold. You lose feeling in your toes, and your body starts shutting off non-critical functions,” Mahlum said this week. “The brain is not getting enough oxygen so you start making goofy decisions, irrational decisions. You spend more time up there, that thought process gets a lot more difficult.”

This is when years of preparation become vital.

Over the past seven years, Mahlum, now 31, has climbed the highest peaks on six of the seven continents. But he says the idea was planted much earlier, during his childhood in the Pacific Northwest.

“I just assumed the whole world was filled with mountains and was green and beautiful,” Mahlum said. “When I got into college (at the University of Washington), a friend took me to Mount Rainier, and that’s when I fell in love with mountains. You feel so small and you realize what’s important in life.”

While climbing Mount Kilimanjaro (Africa’s tallest peak) in 2011, Mahlum said he learned about efforts to climb the seven summits. Now he has finished the hardest one of all, leaving only 7,310-foot Mount Kosciuszko in Australia, which he says is by far the easiest ascent.

“(Climbing summits) takes dedication and drive. That’s what I love about getting up there. If you’re not dedicated, you won’t be able to achieve it,” he said.

And dedicated, he was. He spent $75,000 on logistics, travel and equipment, and he took two months off work from his job as an operations manager with Schlumberger, an oilfield services company in Houston, Texas.

Mahlum left the United States for Kathmandu, Nepal, on March 31. He and the group he went with, Climbing the Seven Summits, spent about two weeks slowly making their way up the mountain to the base camp at 17,000 feet. They took their time and stayed in villages to get used to the altitude and conserve strength, Mahlum said.

Mahlum said he knew the seven other hikers in his group from other similar expeditions.

“You want to do a mountain like Everest with people you know and trust,” he said. “You want to know their capabilities and when you’re at 26,000 feet, and things aren’t looking so good, that they’ll have your back.”

In addition to the eight hikers, the group also had about 20 porters to transport supplies up the mountain and 15 to 20 sherpas to help guide them. Sherpas are the real “rock stars” of Mount Everest, Mahlum said.

“They’re genetically adapted from thousands of years on the mountains to survive there,” he said. “Whereas I was carrying 30 or 40 pound backpacks, they can handle 70 or 80 pound backpacks at high altitude and go hiking with it.”

(Sherpas also are Everest’s most frequent fatality victims, and their plight has been documented in National Geographic in a story called “Sherpas: The Invisible Men of Everest.”)

After about three weeks of shorter climbs up the mountain to drop off supplies and get used to the elevation, the group finally had a window of good weather to attempt the summit.

Once they reached the Death Zone, Mahlum said they used oxygen tanks to delay the effects of the body shutting down. But the tanks only have enough oxygen to sustain someone for 18 to 24 hours, giving Mahlum and his team a short time frame to make it to the summit and back before their bodies completely shut down.

All around him was evidence of the danger he was facing: About 200 bodies of former climbers are scattered along the trail like a “graveyard,” frozen in place as a warning to future hikers. There were six fatalities on the mountain this year, and Mahlum said he witnessed one of them.

On his way to the final camp on the summit, Mahlum’s group came upon a Russian climber sitting in the middle of the trail with his hood off and one completely white hand missing a glove. When they tried to tell him he needed to go back down the mountain, Mahlum said his eyes seemed to understand but he was unable to say anything.

Mahlum’s group radioed to their own leader back at base camp to ask for help and waited until sherpas were a couple hundred yards away with a sled before they carried on with their hike. But then, when they returned to the camp two days later, Mahlum said he could see the Russian hiker’s legs peeking out from a tent.

“I said something to my buddy about how I hope he’s doing better. My buddy just made it real and said, ‘Zac, he’s dead,’ ” Mahlum said. “He took a lot of risks going without support, but at the end of the day, you don’t want to see that (happen to) anybody. … We tend to be close knit in the climbing community. It’s tough to see that.”

Mahlum said he started to wonder if there was more he could have done, but then he would have put himself at risk.

“You have to stay focused and know you did the preparation and (ask yourself) how badly do you want something that’s costing people their lives,” he said.

They left the final camp late at night and reached the summit at 8:04 a.m. May 18. Still tied to other hikers, Mahlum squeezed onto the 10 square foot summit with 4,000 foot cliffs on every side.

He said being on the summit with two of his best friends was a “magical” moment.

“It’s just the most amazing sight. You can see for as far as your eye can see. The sunrise is like nothing else. You’re literally on top of world,” he said.

About 15 minutes later, Mahlum was descending again. And less than a month later, he was back to 95 degree heat at home in Texas.

He plans to conquer the final summit in Australia early next year. But he says the 7,000 foot peak is more of a leisurely victory tour.

“I’ve been saving that one for last. I’m going to invite friends and family to celebrate on the summit with me,” he said.

Mahlum has “had (his) fill of Everest” for the time being, but he plans to continue to push his personal limits of hiking at high altitudes without oxygen.

“It’s not about the summits. It’s about the journey to accomplish it: The preparation, the dedication. If you just find a way to get dropped off at the top, yeah it would be a nice view, but the accomplishment wouldn’t be there. When we live in a society of instant gratification, it is so special to have something that you work for for years. It’s an incredible dream that has taken years.”

Here are the tallest mountains on the world's seven continents:

Zac Mahlum and his climbing group make their way to the summit of Mount Everest.