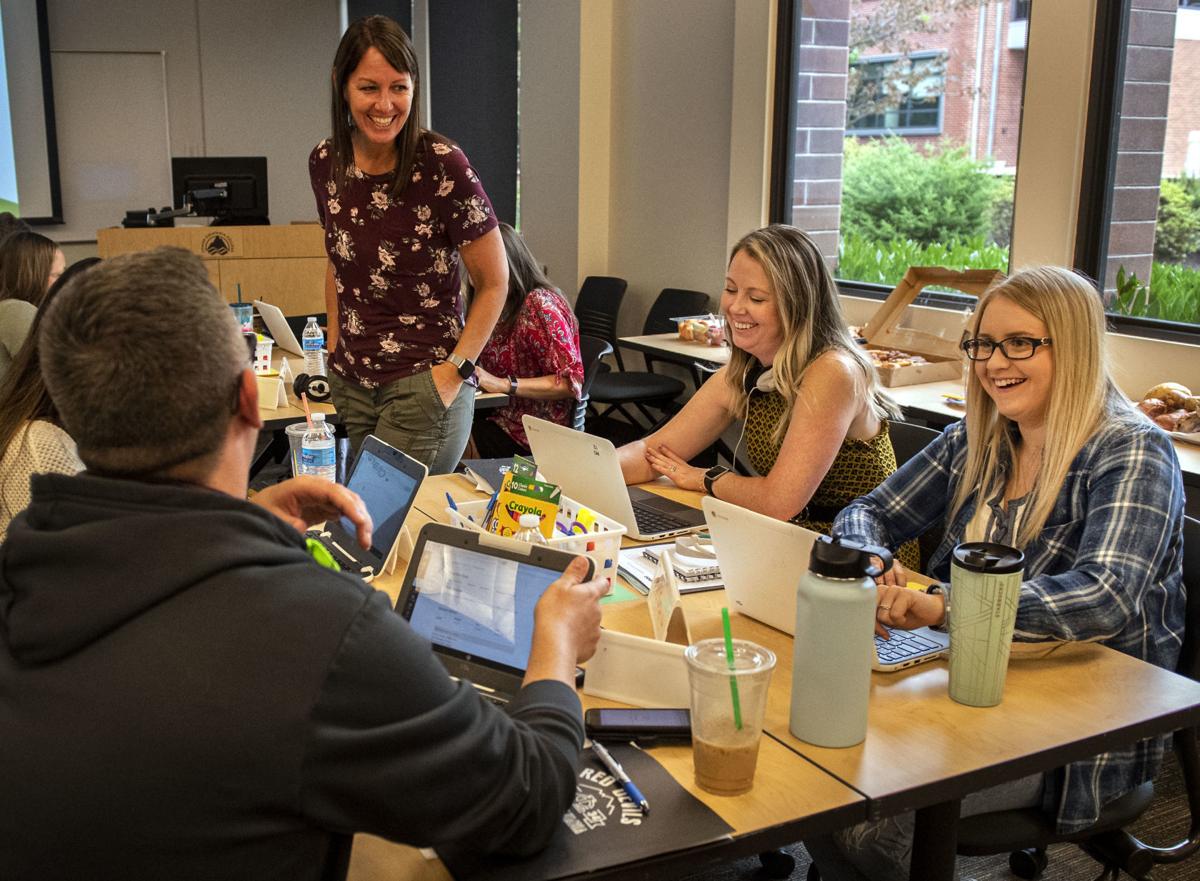 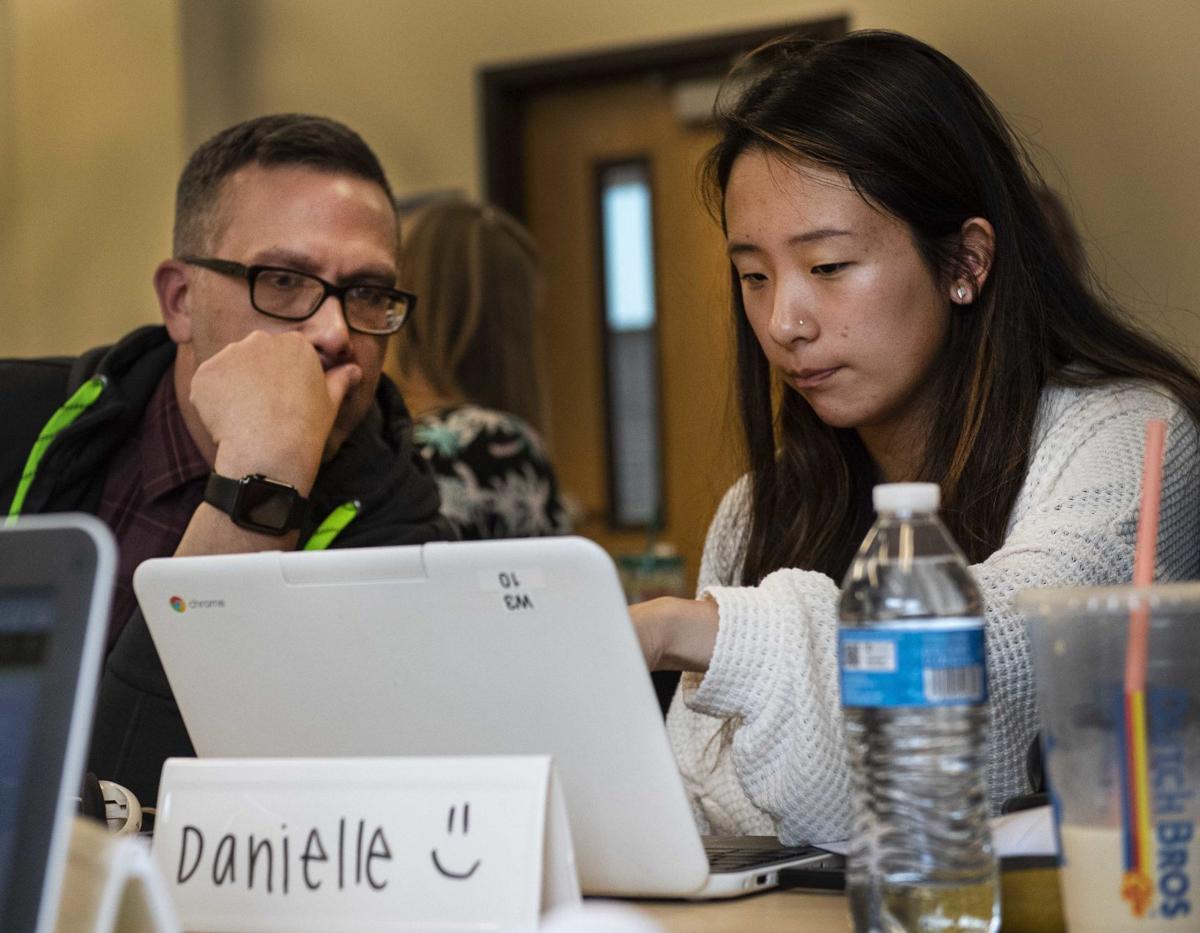 For the first time, Lower Columbia College welcomed its first bachelor’s degree-seeking students to orientation Thursday. The students, 24 in all, are in the college’s new two-year bachelor of applied science program (students must first complete a two-year associate’s degree program).

For Maria Bueno, the new LCC program is the perfect way to get the degree she wanted without having to move her family or leave her job as English Language Learner teacher at Northlake Elementary School.

“I’ve always been passionate about education but they never had any programs here,” Bueno said. “I have kids, so I couldn’t move away, but I want to work in the field. I already like it and I want to better my life.”

Tamra Bell, LCC’s dean of instruction, said the program took about two years to plan and approve. It offers certification and non-certification paths to students, giving graduates the option to work in any classroom from early learning and preschool through eighth grade.

The program hopes alleviate the shortage of elementary and preschool teachers by making it easier for local people to access the education they need, Ann Williamson, program director, said.

“One driving force in creating this program was to dismantle barriers local people face in getting a degree,” Williamson said.

Some of those barriers, like transportation, are solved with community partners. As part of Thursday’s orientation, students were fingerprinted at the college by Educational School District 112’s mobile fingerprinting station. Williamson said if ESD 112 had not provided the station, students would have had to travel to Vancouver.

“This has been such a well-supported journey,” Williamson said. “The faculty and the community have really been behind this.”

The courses are planned with a “working adult in mind,” Williamson said.

Tuition is $6,500 per year. The cost was originally a little lower, but Williamson said the state board made some last-minute adjustments that bumped up the price.

While the 24 students in this first class may come from diverse backgrounds, the one thing they seem to share is a passion for education.

Jacob Carroll is currently a paraeducator at Cascade Middle School, and said he heard about the bachelor’s program as he was finishing his associate’s degree at LCC.

“I knew my last quarter of college I wanted to teach but I didn’t know where to start,” Carroll said. “I figured being a paraeducator would be a good first step.”

Getting a degree in teacher education was the next logical step for Carroll, who wants to continue to work in the Longview area after graduating.

“I found out I loved working in education and I wanted to take it one step further,” Carroll said.

Bueno said after she gets her degree, she wants to be a teacher in the same district and ideally the same school. As a Spanish speaker, she said she likes being able to connect to kids who might otherwise face a language barrier.

“You can impact so many lives as a teacher,” Bueno said.

Bueno’s best friend Bailey Salazar is also her classmate in the program. Salazar said the poverty level in the local community inspired her to become a teacher because she wants to help kids.

“Here, there are a lot of kids who need someone who is constant and stable in their lives, and teachers can be that person,” Salazar said.

Salazar and Bueno both said they liked the lower cost of the program, even though it was a little higher than initially advertised, and felt that they didn’t need a “big-name” school to be successful.

“The set price has fluctuated a little bit, but this will be more cost effective in the long run,” Salazar said.

Fellow classmate Addison Bailey agreed, as she was originally attending Whitman College in Spokane for a nursing degree.

“It was extremely expensive,” Bailey said. “I had to take out student loans to go to school. Here is definitely more cost effective.”

After switching her focus to education and moving back to Longview, Bailey said LCC was the clear choice, especially as she wants to work in the Longview School District after graduation.

“I chose LCC because it’s local, and LCC has already been really dedicated to me and my learning,” Bailey said.

Williamson said she hopes this is just the beginning of community colleges offering bachelor’s degrees.

“Cowlitz County has a very low percentage of people that have BA or higher, so we’re hoping we’re the first and other BA programs will come in and help change that statistic,” Williamson said.

LCC will soon accept applications for a part-time bachelor of applied science in teacher education program, Bell said. That program will take three years to complete and will offer greater flexibility for students.

The program currently has one full-time faculty member, Brenda Carpenter, but LCC is looking to hire an adjunct instructor as well, according to Williamson.

Be the first to know with breaking news email alerts.