Read through the obituaries published in The Daily News

Arnie Turner, 80, was born in Minneapolis, MN, and died at home in Woodland, WA, of pancreatic cancer. Arnie graduated from Woodland HS, Class of 1958. He enlisted in the National Guard that same year and served for five years.

Arnie was the owner of Columbia Overhead Doors for 40 years. His hobbies were hunting “one shot,” hiking, fishing, RV-ing, playing cards and square dancing. Arnie is survived by his wife of 10 years, Carole (Root, Crain); son Corey (Melissa)

He was preceded in death by his parents, Lorraine and Ozzy Osbourne; brothers Roger and Jimmy Turner; sister, Diane Fredrickson and wife of 32 years Pat (Mendenhall) Turner.

In Lieu of flowers, donations can be made to Kaiser Hospice and/or the Rocky Mountain Elk Foundation.

Charles (Chuck) Henry Gould was born to Charles M. and Nellie Gould on Oct. 17, 1929. He was the fourth child and was well-loved by his three older siblings. The Depression that began a few weeks later influenced not only his childhood and youth, but left an indelible mark. Work and employment were highly valued, as was honesty and thrift.

Chuck joined the Army in 1948 with hopes that he would be trained as a baker. Instead, he rapidly became a Corporal in the Signal Corps and saw much heavy fighting on the front lines. While stationed at Fort Lewis prior to deployment, Chuck met an attractive college girl, Gerry, at a church potluck. They were married over 68 years, until Gerry preceded Chuck to heaven on March 13 of this year.

Chuck worked as a custodian for Seattle Public Schools, a Steam Engineer for Harborview Hospital and ultimately retired as head of Physical Plant for South Seattle Community College. Chuck enjoyed a long retirement first on Whidbey Island and then in Longview. Chuck enjoyed gardening, riding his adult tricycle with his dog riding in the basket, and attending church.

Chuck endured a long decline through dementia with a positive outlook. The Lord graciously relieved Chuck of his suffering on Sept. 2, 2019, at Providence Hospital in Everett.

A joint memorial service for both Chuck and Gerry Gould will be held on Saturday, Sept. 28, at 1 p.m. at Longview Community Church. 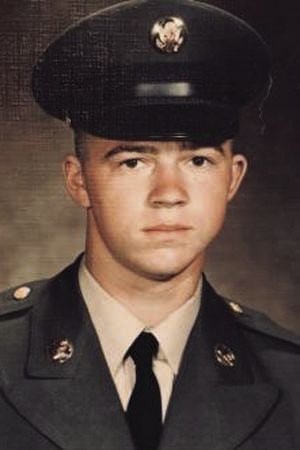 Edward Harold Ottosen was born on April 10, 1948, to Nels and Clara Ottosen in Longview, WA. Ed was a 1966 graduate of Toutle Lake HS and a life-long resident of Kelso. After high school, Ed was drafted into the United States Army and served in the Vietnam War with the Charlie Company 2nd Battalion 7th Cavalry. Ed was proud of his service and always remembered the friends he made and lost. He received the following medals for his service: National Defense Service, Vietnam Service, Vietnam Campaign, Bronze Star, Army Commendation and Combat Infantryman Badge. During Ed’s time of service, he met the love of his life Connie (Lai-Lee) Wong in Hong Kong. They were married in 1970 and spent the next 49 years together. Ed worked for Weyerhaeuser Railroad and Pulp for 45 years before retiring in 2010.

No one worked harder and was more passionate about the things he loved most: family and friends. Ed could always be found working around his house or property, going on fishing and hunting trips, playing cards at the senior center or attending various car shows throughout the region. There wasn’t anything he couldn’t do or fix and was always there for anyone who needed his expertise or opinion, which he would always provide free of charge.

Ed was a devoted and the very best husband, son, father, brother, grandfather, uncle, cousin and friend. He is survived by his loving wife Connie; two sons Rick Toney and Joseph Ottosen; two daughters Joanne (Eric) Pucci and Angela (Greg) Gardner; his mother Clara (Bob) Ottosen-Wilkens; brother Jim (Vickie) Ottosen; his grandchildren Corey, Kiefer, Mercedes, Alexus and Caden, he loved all beyond words. He was preceded in death by his father Nels and brother Bill Ottosen.

Ed was everyone’s hero who loved unconditionally and without judgement. He will be missed. “They don’t make them like they used to.”

In lieu of flowers please donate to the local senior center of your choice (Kelso, Longview or Castle Rock) in Ed’s name. A celebration of life will be held on Saturday, Sept. 21, 4 p.m. at 2608 Cascade Way, Longview. 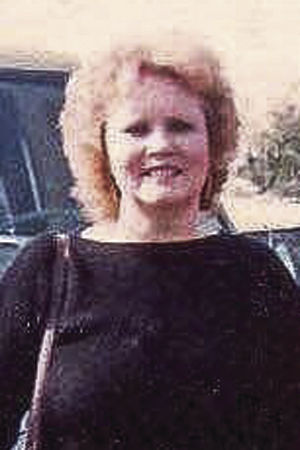 Anne B. Lamb, age 86, passed away on Sept. 8, 2019, in Battle Ground, WA. Anne was born June 27, 1933, to Louie and Clovie Patterson in Pickens County. Anne is survived by her sons Michael Jackson, of Rayville, LA, Carl Jackson, of Astoria, OR, Paul Jackson, of Clatskanie, OR, Steven Jackson, of Rainier, OR, and Mark Jackson, of Prineville, OR; daughters Sheila Baker, of Yuma, AZ, Deborah Lafontaine, of Sun West City, AZ, Toni Jackson, of Longview, WA, Tamara Bryant, of Cathlamet, WA, and Melissa Machleid, of Seattle, WA; and sister Joyce Edgar, of Easley, SC. Anne was preceded in death by her parents, a brother and two sisters.

Robert M. Halverson, age 77, passed away in hospice care in Longview, WA, on Sept. 9, 2019. Robert was born on June 14, 1942, to Melvin and Ella Halverson in Tonasket, WA. Robert served in the U.S. Army. He is survived by his sons Jim (Susan) Cook, of Rainier, OR, Miles Cook, of Vancouver, WA, Dru Cook, of Eugene, OR, and Michael (Holly) Halverson, of Coburg, OR; daughter Robin Halverson, of Longview, WA; brother Denny Stuart, of Pilot Rock, OR; grandchildren and great-grandchildren. Robert was preceded in death by his parents and his loving wife of 40 years, Sandra. Memorial contributions can be made in Robert’s name to the Hospice Care Center in Longview, WA. 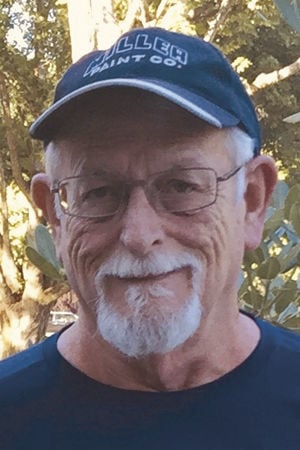 William served in the Air Force and worked at Weyerhaeuser until his retirement in 2009. His favorite pastimes were the NFL, skiing, shooting, garage sales, auctions, attending grandkids’ sporting events and drinking beer. 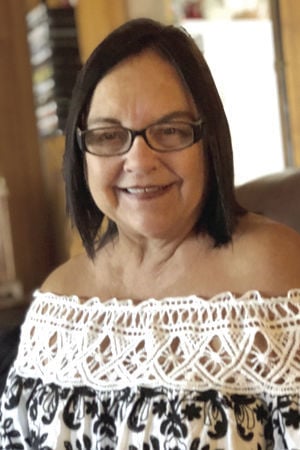 Joyce Elaine Parker Hooper passed away Aug. 16, 2019, in San Diego, CA. Joyce was born Sept. 29, 1952, in Chehalies, WA, to Edward and Hilda Parker. She grew up in Longview and attended Longview schools, graduating from Mark Morris High School. She was married to David Hooper and they had two children, Melanie and Devin. Joyce worked as a caregiver, retiring from PeaceHealth and, soon after, embarked on a her dream of living in the Baja/Mexico.

Joyce was a fun and caring mom, grandma and sister. She will be remembered and missed for her fiesty spirit, her amazing dinners and her crazy love of shopping and Nordstrom.

She is survived by her husband David Hooper, of Cabo San Lucas, Mexico; her son Devin Hooper, of Kelso; her sisters Sarah Parker Wohl and Lena Clouse, of Kelso; and grandchildren Colin, Shane, Gabe and Lily Hooper and Samuel Denman. She was preceded in death by her daughter Melanie McKee, grandson Austin McKee, brothers Wallace and Spud Parker and her parents. 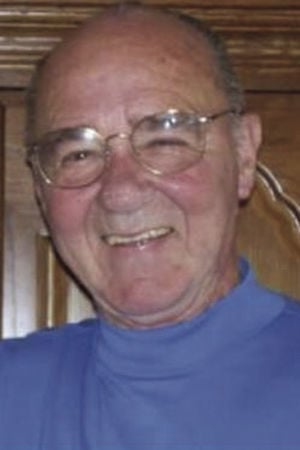 On Sunday, Sept. 1, 2019, Kenneth Allen Wheeler, loving husband and father passed away at the age of 83. Ken was born at home in Kelso, WA, on Oct. 13, 1935, to ML and Leodice Wheeler. He attended Kelso High School, where he held the KHS High Jump record for many years. He graduated in 1953. After high school, he joined the Naval Reserve and then had a change of plans and spent time working in Alaska. He served in the Army during the Korean War as a driver for Generals (4 Star and above only) and other top dignitaries. After the war, Ken worked for Weyerhaeuser Company in the computer labs for 17 years. Later, he had his own real estate brokerage in Longview. When Mount St. Helens blew and the real estate market faltered, Ken and his wife June started Ken’s Distributing, a successful pulltab distributorship and grew the business together until retirement.

Ken loved golf and poker. He was easygoing with a full, contagious laugh. He had a love for classic cars and owned many. He was an active member of many fraternal organizations. Ken loved the sun and he and June spent time vacationing in Hawaii or soaking up the sun in his own backyard with a gin and tonic in his hand and his beloved dog in his lap.

A private family memorial will be held at his request. Any donations can be made in the name of Ken Wheeler to Longview Hospice. Ken spent his last days surrounded by family and being well cared for by the loving Hospice staff.

Robert Fritzie, 73, of Cathlamet died in Vancouver on August 15. Robert was born on July 31, 1946, in Longview to Nogi and Rae Fritzie of Puget Island. In 1964, he graduated from Wahkiakum High School. He worked for Brusco Tug and Barge from 1962-1996. He is survived by a son, Robby (Krista) Fritzie, a daughter, Judy Fritzie, four grandsons, three great-grandchildren and his best friend, Judy Marsyla. Preceded in death by a brother, Johnny Fritzie. A celebration of his life will be held on Saturday, Sept. 14, at The Bridge Church on Puget Island at 1 p.m. Dowling Funeral Home of Cathlamet is in charge of arrangements. 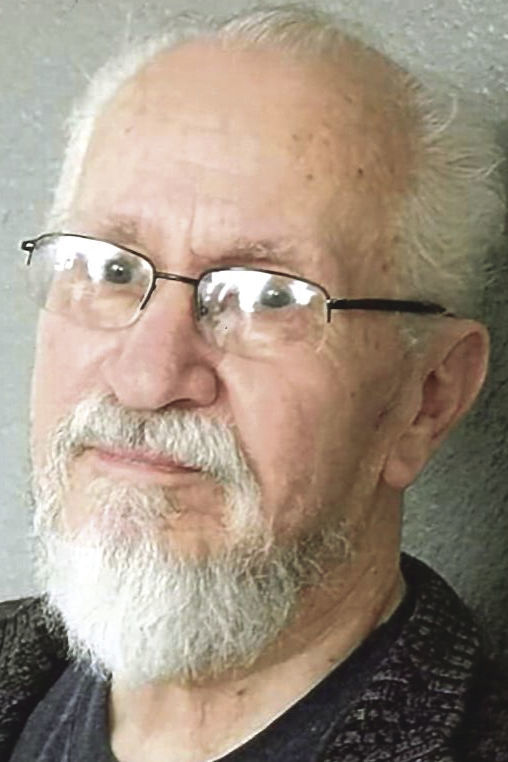 Robert attended Benson High in Portland and worked at Freightliner. His pastimes included family first, the Seahawks, old cars and going to the beach. Robert was warm hearted, loving and soft spoken.

Preceding him in death were his loving wife, Leanne, and son, Robert.

A service will be held Saturday, September 14, 11 a.m. at Steele Chapel at Longview Memorial Park.