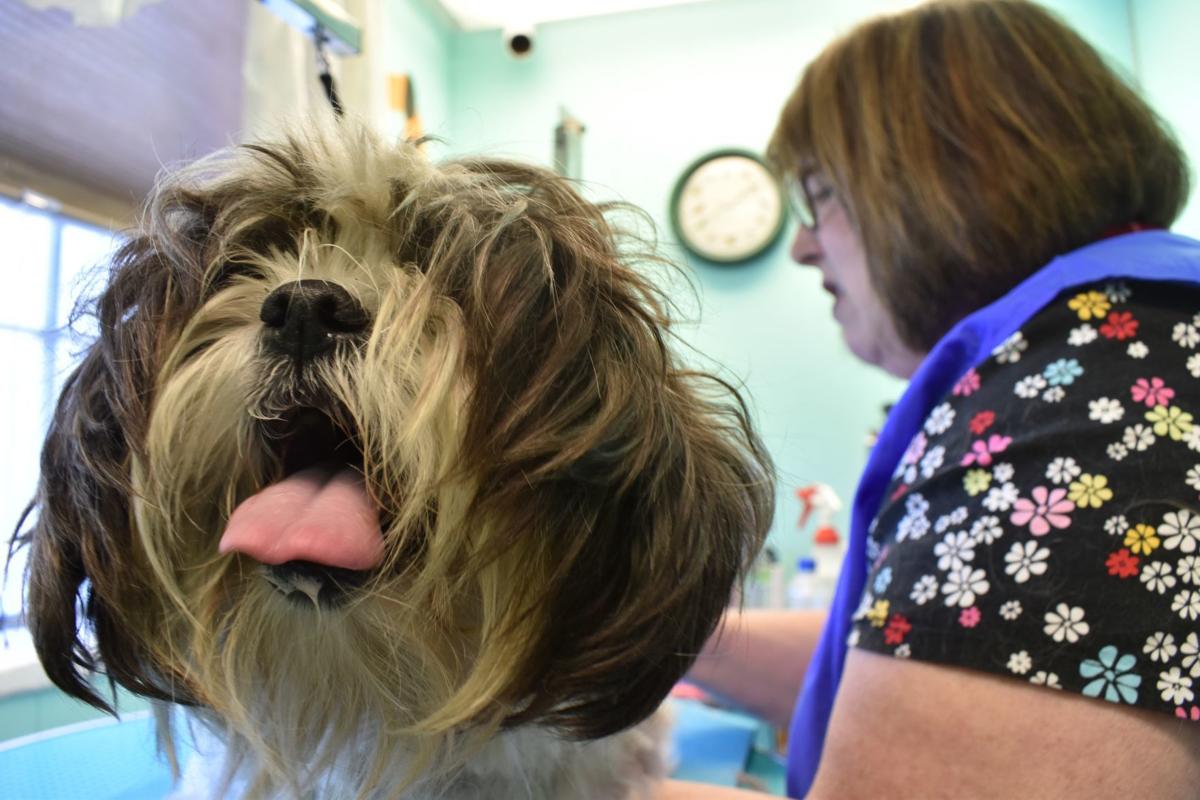 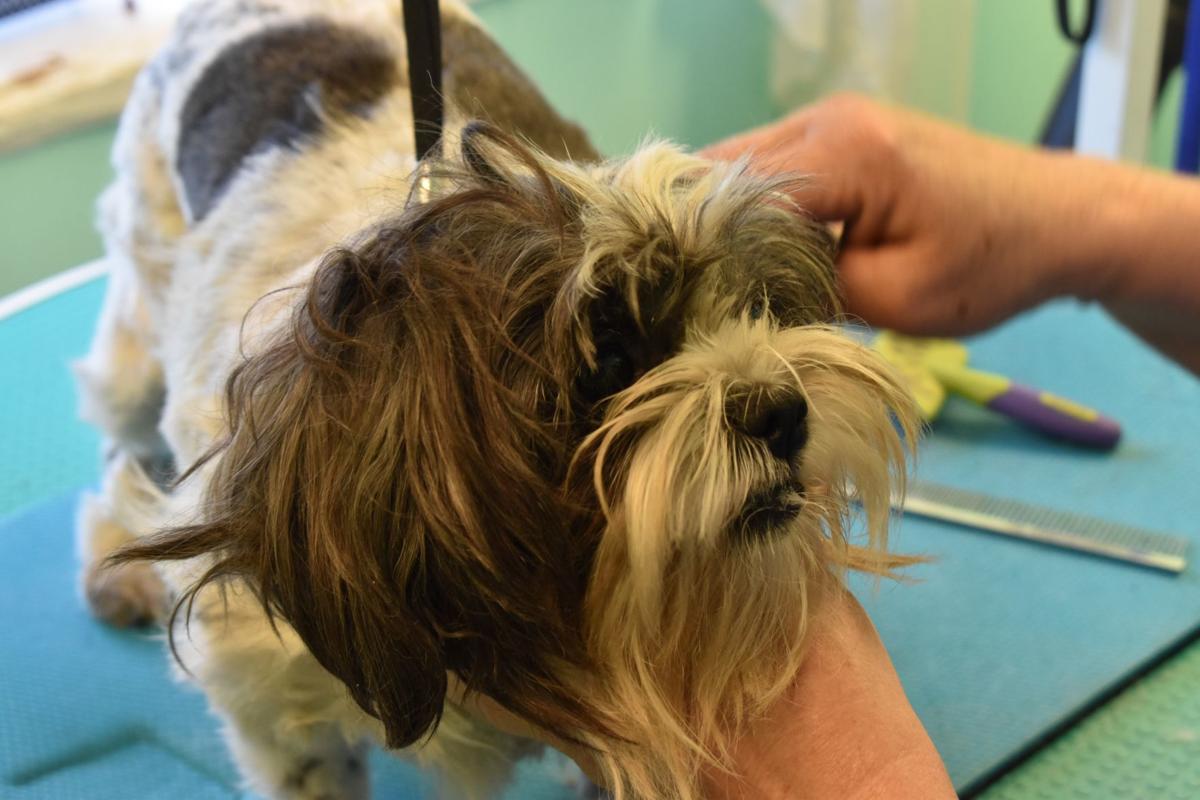 Brenda White inspects the facial fur of Domino, a Shih Tzu long in need of a trim.

Brenda White’s dog grooming salon is hardly bigger than an office cubicle. But for White, or “Aunt B,” that’s just how she prefers it.

White said she started her Longview grooming business, Aunt B’s Grooming, to cater to dogs that are older or have special needs, such as paralysis, blindness or deafness. Some wear diapers or have trouble standing up. Those dogs often need more attention and hands-on care, but their owners don’t want to leave them at a groomer all day, White said.

“Owners don’t know how to go about (cleaning them), or physically can’t do it,” White said. “I want to do it. ... How good do you think that dog feels when it goes home?”

White has specialized equipment for working with those dogs, including a harness and jacket system she uses for dogs that can’t stand on their own. She also offers a dozen kinds of shampoos for dogs with allergies or sensitive skin.

She doesn’t use kennels, and works with only one dog at a time, aiming to reunite pups with their owners in less than two hours. And if a client isn’t able to get their dog to her, White said she will transport them for an additional fee.

“People don’t like their dogs to be held in a kennel for five or six hours,” White said. “They just came in to get groomed. They didn’t come in to hang out in a kennel.”

White, 61, is a Mark Morris High School graduate who was born and raised in the Longview area. Aunt B’s, which opened April 1, is tucked inside Unlimited Treasures at 5708 Ocean Beach Highway. In a small room, White trims and cleans dogs, and then bathes them in a tub across from her studio. She only accepts smaller dogs — 20 pounds and under — since that’s what fits in her tub.

White said the name of her business, which is located in the northeastern side of the Unlimited Treasures building, comes from her big family and many nieces and nephews who all call her Aunt B.

Growing up in the rural Coal Creek neighborhood, White started taking home all sorts of animals when she was a child, from rats and mice to a goat.

“My mother would get so frustrated,” White said with a laugh.

She wanted to got to veterinarian school, but it was out of reach financially. Ten years ago, after 20 years of working in corporate human resources, White decided to return to caring for animals and pursued dog grooming.

White bathed and groomed dogs at a Vancouver PetSmart for two years, but she wanted more independence. She moved to Tacoma to hone her skills with tougher-to-handle dogs, even getting certification to perform CPR when a dog “falls out on (her).” It’s happened before, White said.

“I wanted to groom some of the dogs that everyone turned away. I wanted those dogs. I wanted them, and they wouldn’t let me have them. ... I kiss their faces off. They love me, and I love them, too.”

Across her career, she said she’s bought about $20,000 in equipment and tools for grooming. Each pair of premium grooming scissors can cost $200 or $300.

White moved back down to Longview from Tacoma around March 12 and spent the next three weeks preparing to launch her studio. Now, she gets to take a more personal approach: “I’m more of a down-home, country boutique dog grooming.”

Business is slow, she said, but she’d ideally like to groom three or four dogs a day. While working in salons, she said she was taking care of two or three times as many and didn’t have as much time to spend individually with them.

But no matter what their owner asks for, White said she wants their dogs to walk out feeling “like a million barks.”

“They walk out of here strutting their stuff,” White said. “They know they look good when they leave.”

Animals allowed: Dogs 20 pounds and under

Brenda White inspects the facial fur of Domino, a Shih Tzu long in need of a trim.