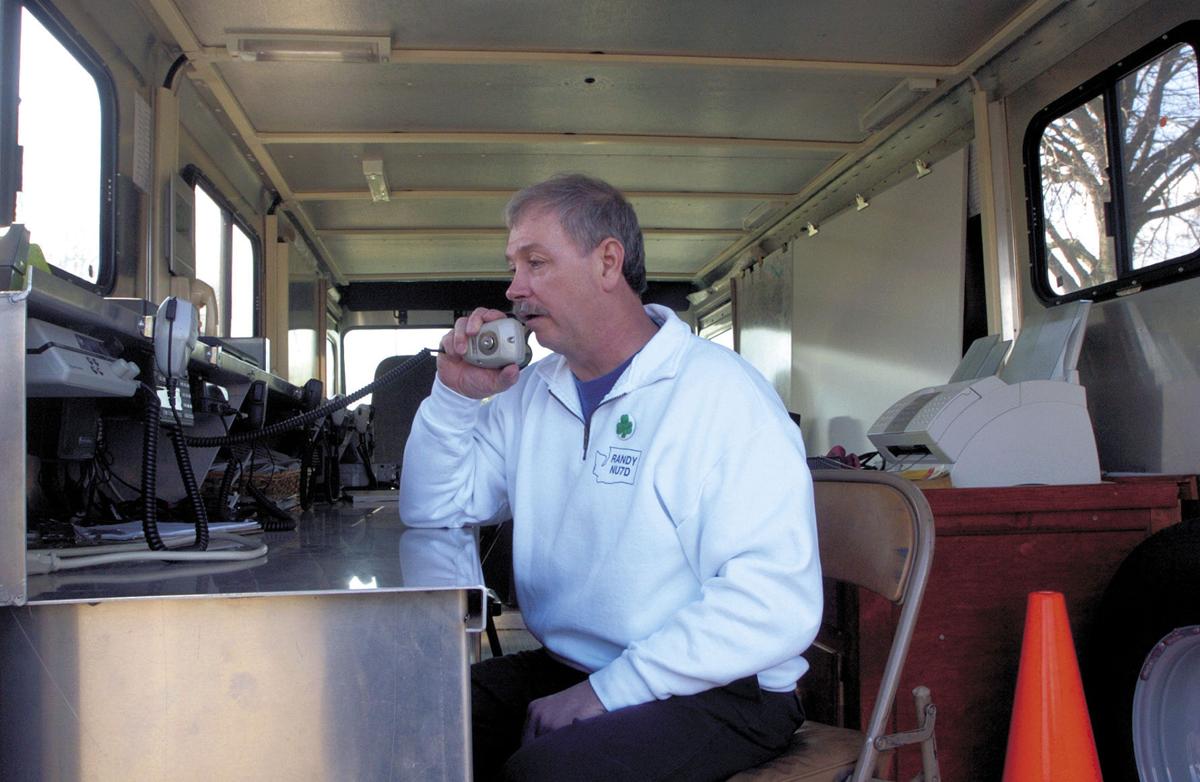 Randy Greeley operates a ham radio inside the Emergency Communications van in 2005. 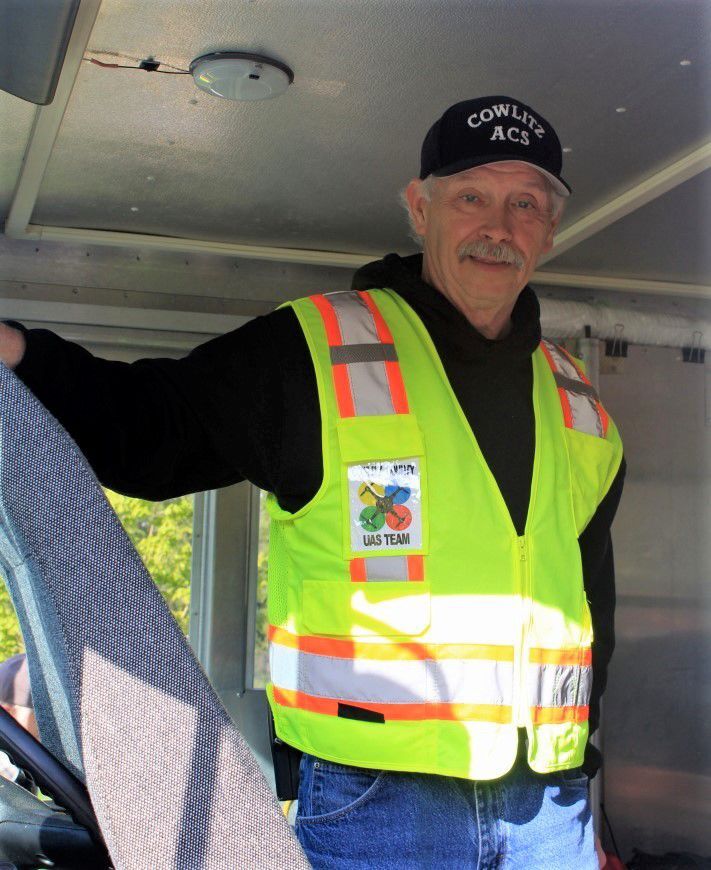 Randy Greeley poses for a photo in the county Emergency Communications van. 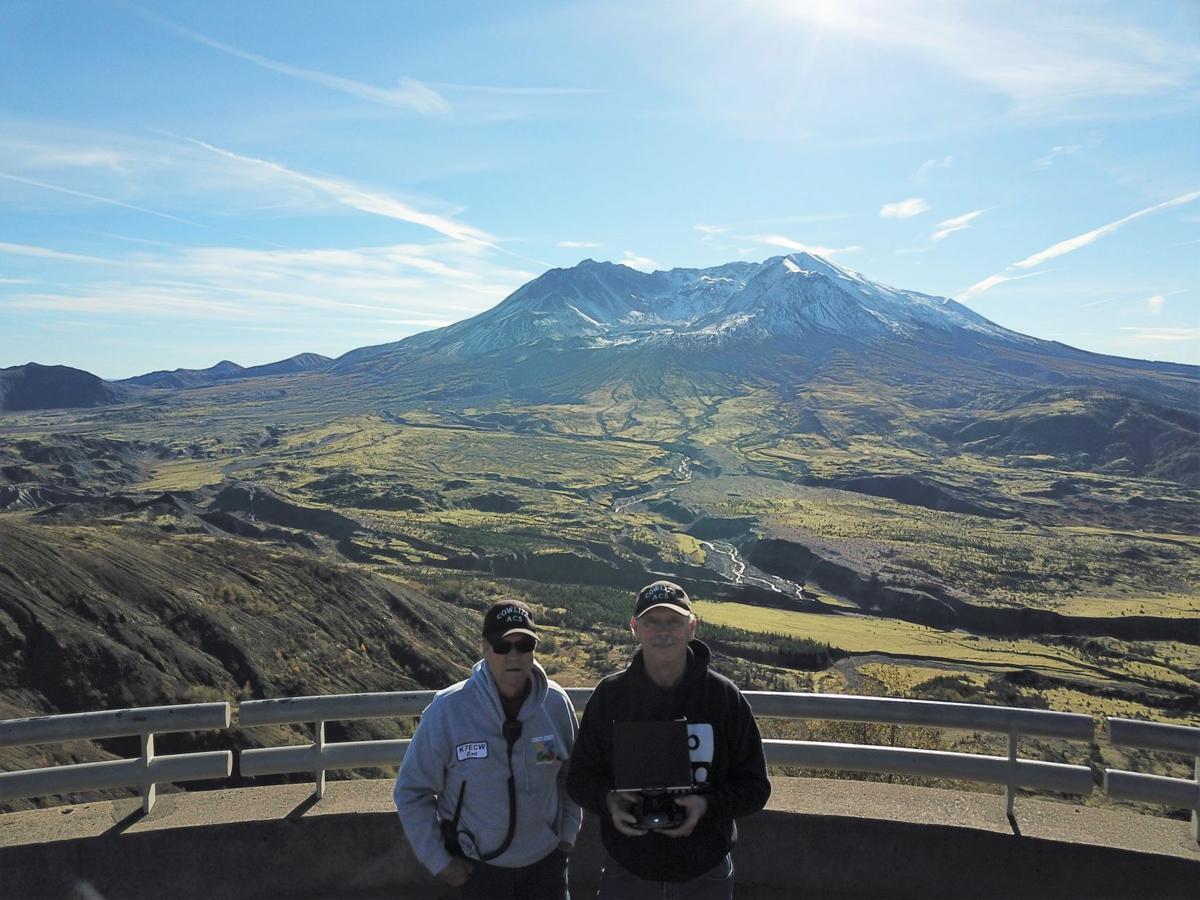 Anyone’s list of everything Randy Greeley did for Cowlitz County is long — and likely incomplete.

Nearly 40 years ago, the Longview man turned his enthusiasm for ham radio into a career volunteering during county emergencies. Greeley died on Dec. 7 at the age of 68.

“He would be the one to call,” said Lori Hendrickson, Department of Emergency Management coordinator. “There’s only three of us. He was our fourth.”

Humble and hardworking, Greeley spent thousands of hours handling communications during county emergencies, as well as extensive behind-the-scenes work that’s leaving the department questioning what this winter will be like without him.

“What if there’s people who need a ride?” said Larry Hembree, DEM coordinator. “We don’t know the answers right now when it was just that one call.”

Greeley got his ham radio license in 1981, joined the Lower Columbia Amateur Radio Association and began volunteering for the county three or four years later.

The Lower Columbia Amateur Radio Association is one of several volunteer teams that assist law enforcement, along with Cowlitz County Search and Rescue, the Cowlitz Dive Rescue Team, the Cowlitz County Sheriff’s Reserves, the Coast Guard Auxiliary and the Civil Air Patrol.

“He just made a connection with another ham (operator) and almost had a vision,” said his wife, Connie Greeley. “It started small and the tree ended up with many branches.”

Born and raised in Kelso, Randy Greeley graduated from Kelso High School in 1971. He worked for Weyerhaeuser in the early 1980s before getting a job at Pacific Lamination. Greeley later returned to Weyerhaeuser before retiring in 2013.

Greeley balanced working graveyard shifts at the mill with coaching his son’s baseball team and volunteering. He had a deal with Weyerhaeuser to let him leave work during emergencies, Connie Greeley said.

Between his work and volunteer shifts, Greeley said her husband would sometimes come home and nap for just a couple hours before getting back at it.

Greeley organized and maintained the Emergency Communications van, managed the radios in the county’s emergency operations center and tested equipment. He was part of the team that triangulates and looks for lost aircraft when an emergency beacon goes off.

Both ham radio and emergency response became family activities. Also a member of the radio club, Connie Greeley often would assist on emergency calls or coordinate responses. Their son Travis, 42, got involved at an early age.

“I remember riding around in the back seat with the ELT (emergency locator transmitter) box in my lap,” Travis Greeley said.

At the small, tight-knit emergency management department, Greeley basically was an unpaid employee, Hendrickson said. The two worked together for about 30 years.

During 1996 floods, Greeley was one of the only people Hendrickson trusted to help answer the constantly ringing phones.

Hendrickson said during a storm or other emergency, she would go into the office to find coffee already made or Greeley setting up the emergency operations center.

Hembree said in the midst of emergencies — such as flooding, snowstorms, missing person searches — Greeley was there asking, “What do you need?”

“The bigger the event, the more value Randy had for us,” he said.

Greeley was instrumental in starting the volunteer drone team in 2017. The volunteers can’t respond to law enforcement situations, but have surveyed floods, landslides and fires, as well as worked with the county to create a geographical information system (GIS) map.

On top of working with the communication teams, Greeley often would drive around the county to confirm reports of downed trees or water over the roadway during storms if first responders weren’t available.

When weather turns driving dangerous, Greeley would take dialysis patients to treatment and give doctors, nurses and 911 dispatchers rides to work.

Earlier this year, he helped coordinate traffic at the COVID-19 vaccine drive-thru clinic at the fairgrounds.

Greeley’s family said he liked problem solving and always thought outside the box.

“He would take a small idea and brainstorm it,” Connie Greeley said. “He was always thinking of a way to make something better.”

The Greeleys were members of the Lower Columbia Amateur Radio Association, and Randy Greeley would teach ham radio classes. His wife said he was good at organizing and motivating ham volunteers. Greeley also was protective of the programs and volunteers, she said.

Greeley was the Emergency Communications Coordinator for Region 4 of the Homeland Security Coordination Districts in Washington which includes Wahkiakum, Cowlitz, Clark and Skamania counties. He was named Washington’s Volunteer of the Year for Citizen Corps in 2005.

He participated in a multitude of community events over the years, including the Cowlitz County Fair, National Night Out, parades, Tour de Blast, Blooms to Brews, and Walk and Knock.

Over the last couple weeks, DEM staff have been reaching out to the Greeleys, the radio club, and Washington state agencies to find out everything Greeley did, Hembree said. Greeley didn’t “just do the fun stuff” and kept good records, turning in paperwork regularly, he said.

“He was a rare and unique person with the ability to be a leader,” Hembree said. “He put himself in another person’s shoes.”

“He gave his time and knowledge freely, expecting absolutely nothing in return. In fact, he gave in so many ways that most don’t even know all that he did,” she wrote. “This was the guy that never received a penny of payment for his work, and he loved every minute of it.”

Cowlitz County Sheriff Mark Nelson wanted to honor the many emergency worker volunteers in the area, so he calculated their value to the county.

These stories look beyond, or deeper into, the COVID-19 pandemic that has affected every aspect of healthcare over the past year.

Randy Greeley operates a ham radio inside the Emergency Communications van in 2005.

Randy Greeley poses for a photo in the county Emergency Communications van.