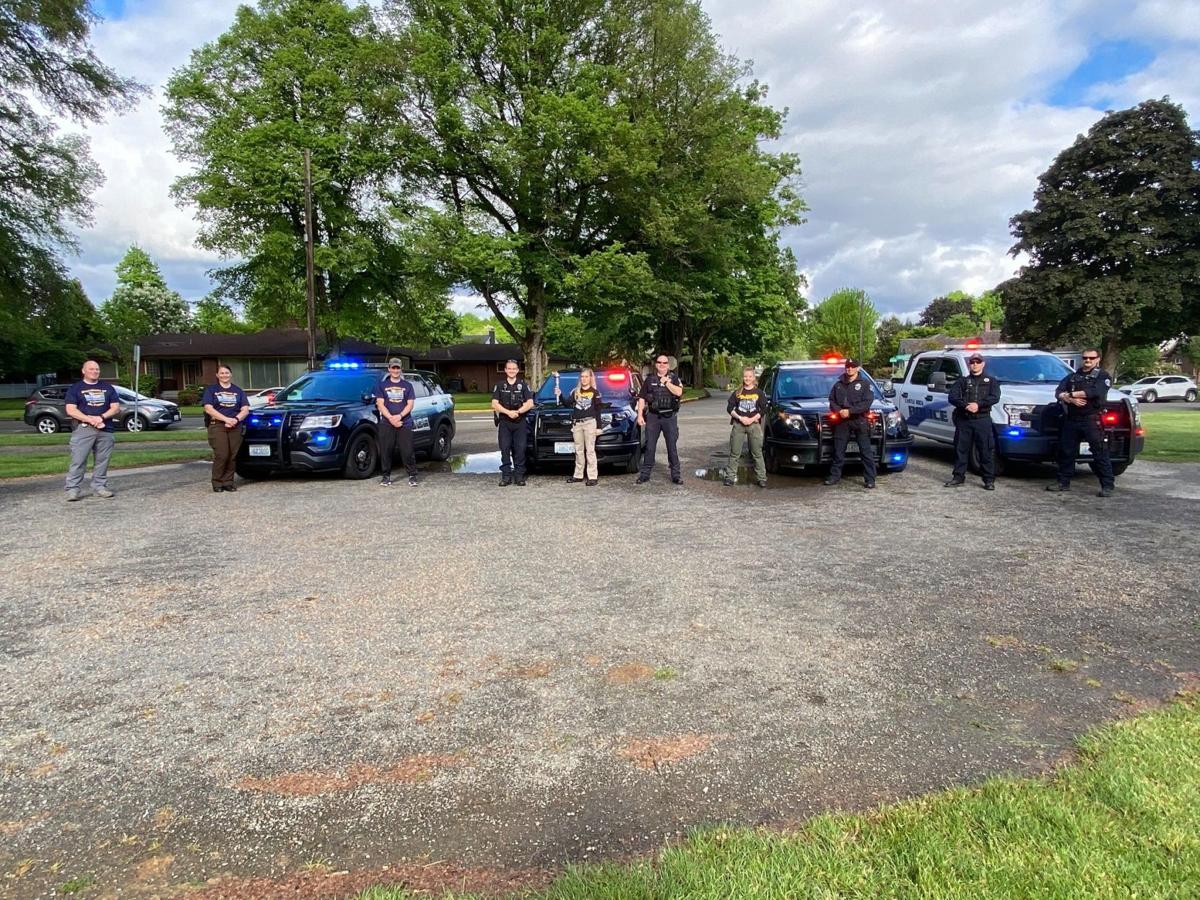 The Kelso Police Department pulled ahead of the King County Sheriff’s Office and other large agencies this month to raise the most money of any participating law enforcement agency in this year’s Washington Special Olympics Virtual Torch Run.

“That’s pretty powerful, especially given the current pandemic, with how many people are unemployed right now,” said Kelso Police detective Roy Slaven. “The donations we received reflect on the community we’re in.”

While the fundraiser officially went through June 6, donations are still open and will remain open for the rest of June, officers said.

Statewide, agencies more than doubled the fundraiser’s goal of $20,200 with a total of $49,752 raised to cover the expenses of holding the Special Olympics and keeping the event free for competitors, who are children and adults with disabilities. The money also helps athletes get medical, dental and other healthcare, Kelso officers Brian Rominger and Shayda Panah said.

Rominger, Panah, and a handful of other local officers attended the Special Olympic’s Day of Inclusion event in Olympia in October, where officers from around the state get to meet athletes.

Building those relationships is “another way for us to get involved and get to know the people that we serve on a day-to-day basis,” Rominger said.

They were looking forward to coming back for the Special Olympic games, but Washington’s Spring and Summer Special Olympics Games were cancelled due to COVID-19 this year. That’s put off fundraising plans that the officers have been brainstorming over the last several months, but they said they’re excited to participate again once the games re-open.

Ordinarily, participating law enforcement agencies run a torch in a multi-county relay all the way to the Special Olympics ceremony, mirroring the Olympic games. COVID-19 changed those plans too.

On June 6, each agencies’ runners, pre-recorded in the days and weeks before, were featured in a compilation video from the Special Olympics organization. (Local agencies pick up the torch around 19 minutes into the YouTube video.) Pictures of officers and deputies taken on the day were also featured.

That was also the last official day of the fundraiser, and Kelso surged to first place in the last several hours.

Slaven, who raised $1,192 of KPD’s total (the second highest of all runners in the state), said his fundraising hit a boost when he promised on Facebook he’d run in his full SWAT gear if he raised $500 in donations. Within two hours of that post, Rob Benson, owner of Longview Gym Train Together, donated $518 to Slaven’s cause.

And the agency was helped by a “Choose Your Runner” Tik Tok video they put together, the officers said. That video has more than 8,000 views on the department’s Facebook page.

But in the end, just like the games themselves, it’s not all about who comes in first place.

“We were both just blown away,” Rominger said of his and Panah’s reaction to the amount raised. “I think it speaks volumes to the support we have in Cowlitz County. ... (and) to the character of the people who live here and the support they want to give. It was more heartwarming than it was a relief to win the competition.”

Slaven first volunteered with the Special Olympics in 2004 while serving in the U.S. Marine Corps in Virginia.

“Once you’re there and you can see what this does for the champions and athletes in our area, you can’t even put it into words, the excitement,” Slaven said. “This is an amazing organization, and they do wonderful things. And you can’t put a price tag on that.”