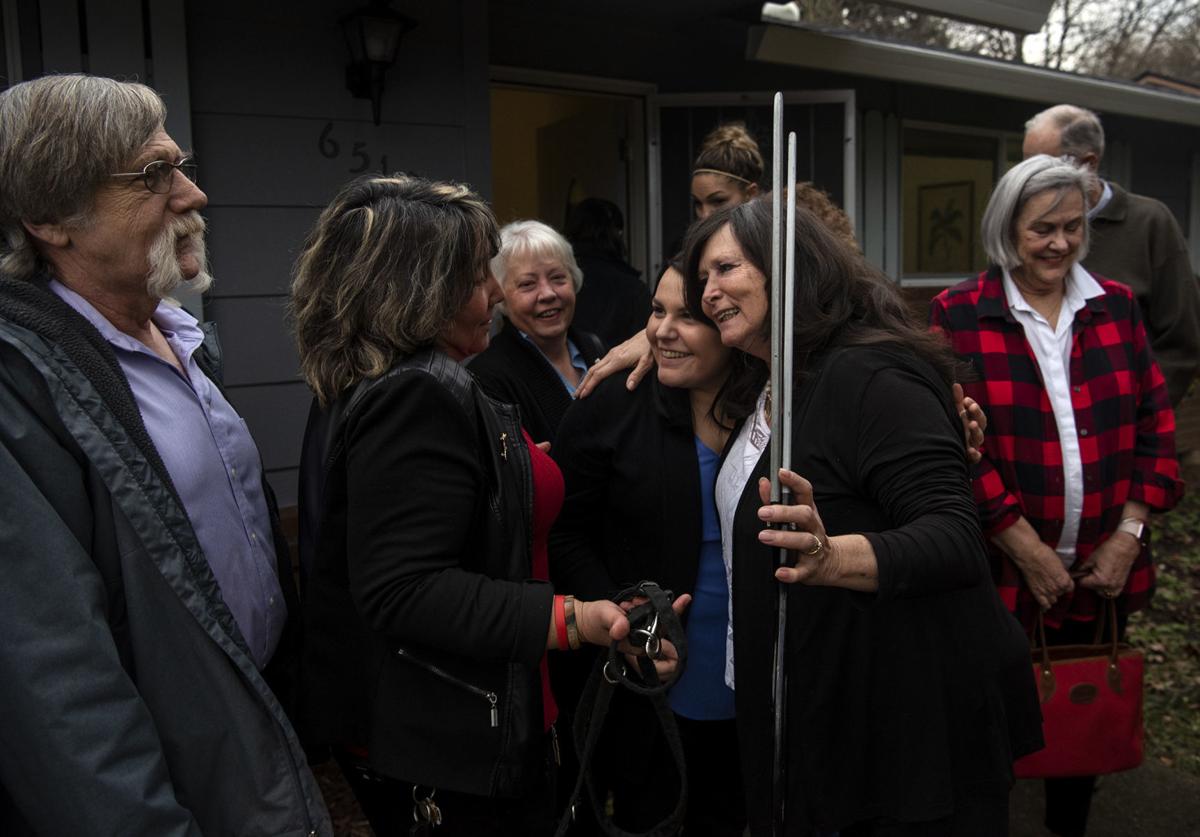 A Warrior's Way founders James K. Folger, from left, and D Alexandra Wolfe, celebrate the ribbon cutting with Andrea Smith, friend of the family, and Dawn Schultz, outreach manager, secretary and treasurer with A Warrior's Way, during a ribbon cutting for the new transitional home for veterans in Vancouver on Tuesday, Dec. 3, 2019. A Warrior's Way will open this men's home later this month and hopes to open a transitional home for female veterans in the near future. 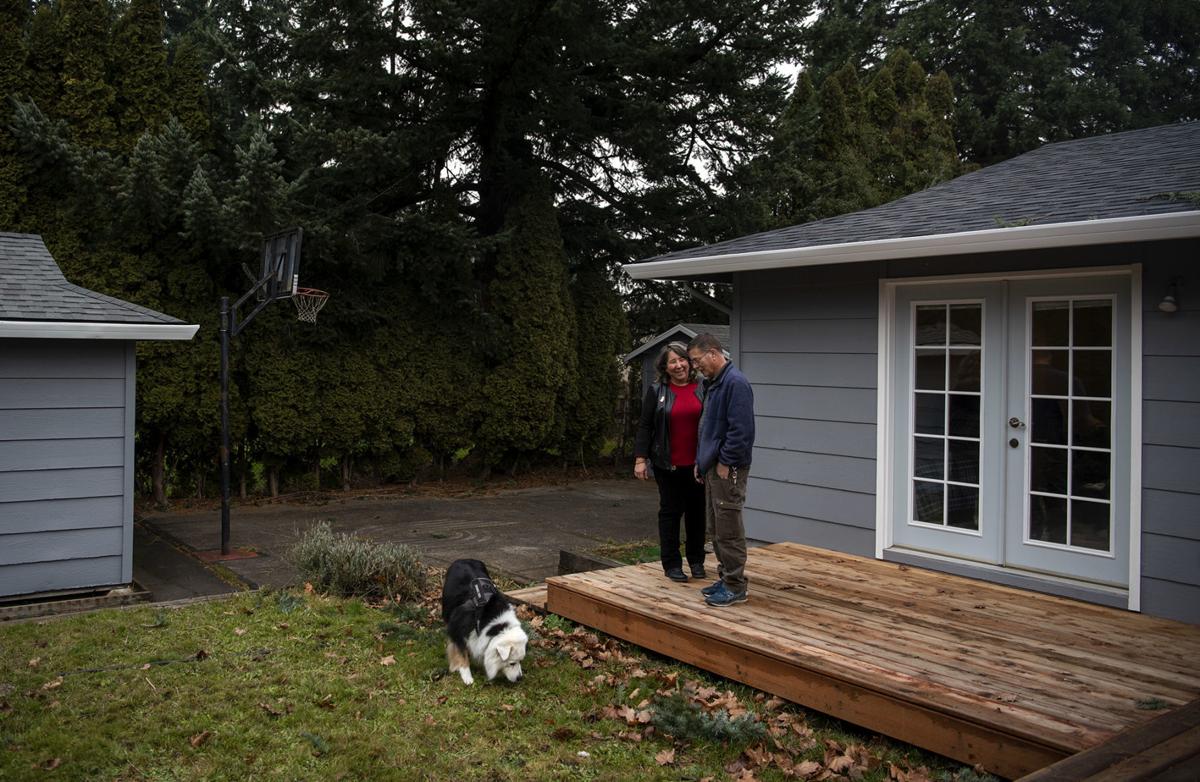 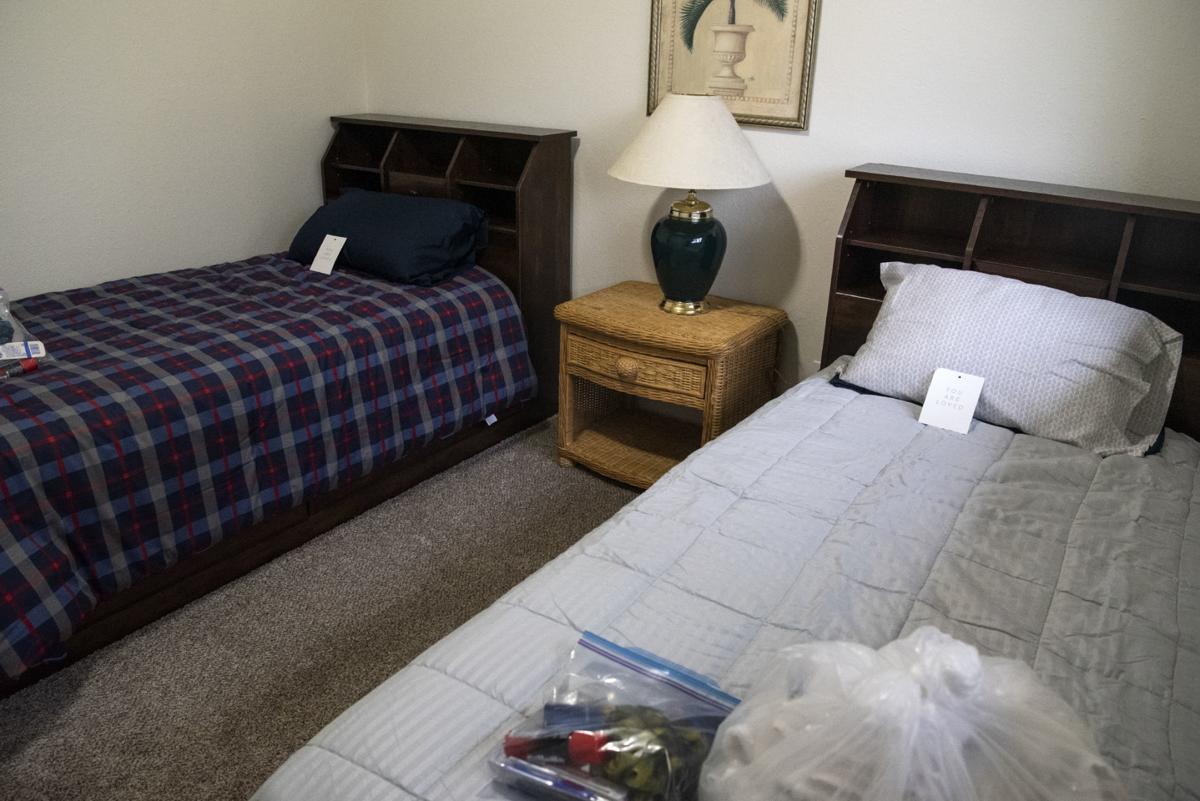 The new transitional home founded by A Warrior's Way is ready for residents to move in before Christmas in Vancouver on Tuesday, Dec. 3, 2019.

A Kelso couple are close to realizing their dream of helping homeless veterans in Clark County get back on their feet. They just need to start moving people in — ideally before Christmas.

D Alexandra Wolfe and Jim Folger are opening a transitional home in the East Minnehaha neighborhood for 10 veterans. It's called My Brother’s Home.

“That’s so they know they have each other’s backs, like in the military,” said Wolfe, who’s been dreaming of opening a transitional home for about a decade.

She said people need to know they’re loved, needed and have purpose in life.

“That’s what I want these guys to feel again,” she said.

Wolfe spent a year in Iraq and 15 months in Saudi Arabia. She left the military in 2006 and medically retired in 2008; it was a difficult time filled with highs and lows. Her husband, Folger, is a Vietnam-era veteran who went through a Veterans Affairs program to get back on his feet.

“I want to share that with other vets,” he said.

While both work at the VA, the house is entirely separate from their government work. My Brother’s Home is part of a private nonprofit they started called A Warrior’s Way.

The five-bedroom, single-level, ranch-style house is close to bus lines along Andresen Road. Folger said remodeling took a couple of weeks and included wallboard work, installing new kitchen counters and tiles and sprucing up the bathrooms. Donations of furniture and supplies have come in droves from friends, families and others who hear about the house and want to help address veteran homelessness.

According to the U.S. Department of Housing and Urban Development, there were 55 homeless veterans counted in Clark County during a homeless census earlier this year. That’s 18 more than were counted in 2018. Most of them were unsheltered. In total, Washington counted 1,585 homeless vets this year. The goal of My Brother’s Home is to help homeless vets or those on the cusp of homelessness.

Volunteer Val Valenzuela said vets are at a high risk of becoming homeless after returning home from active service.

“A lot of them just need a place to feel sale,” she said. They need the opportunity to get assistance and maybe get connected to school or job training.

“When they’re on the street it’s harder for them to use those resources,” Valenzuela said.

Folger will be a sort of peer counselor as the men settle into the house. He’ll help mediate issues and handle home repairs.

Veterans will pay $375 monthly to live in the house, which includes utilities and some basic supplies. Dawn Schultz, who’s involved in the project, said she’s identified some potential residents, though no one lives there yet. The goal is to move people in before Christmas. Schultz has experience opening other transitional housing, including an Oxford House.

Wolfe intends for the home to be a safe place where veterans can attack problems, reach goals and get their lives on track with the support of peers who’ve experienced similar challenges. They can get connected to help that may include finding jobs or using the GI Bill to fund schooling.

She hopes My Brother’s Home gets people excited — particularly those who “have an extra house in their back pocket” and want to help A Warrior’s Way. Folger and Wolfe purchased My Brother’s Home with their own money.

The next house will be for female veterans and called My Sister’s Home. Folger said the goal is to have three houses in Clark County and three in Cowlitz County.

Stay in the game with our High School Sports newsletter!

We can deliver obituaries to your email. Sign up here.