Become a Member
Read Today's E-edition
Share This
Kandra Kent: From Toutle to television
0 comments
Share this
1 of 3 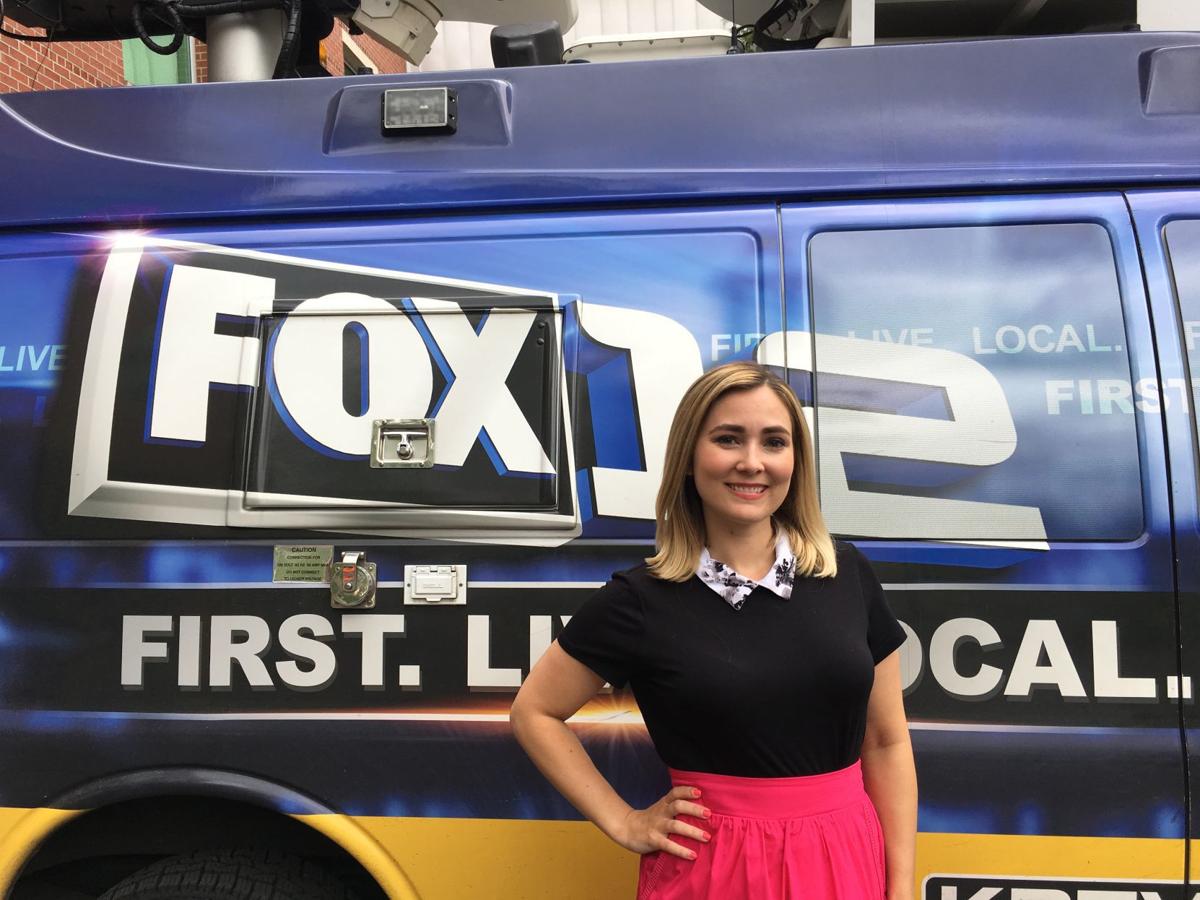 Kandra Kent, who was raised in Toutle, has spent more than two years reporting for Fox 12 in the Portland area. 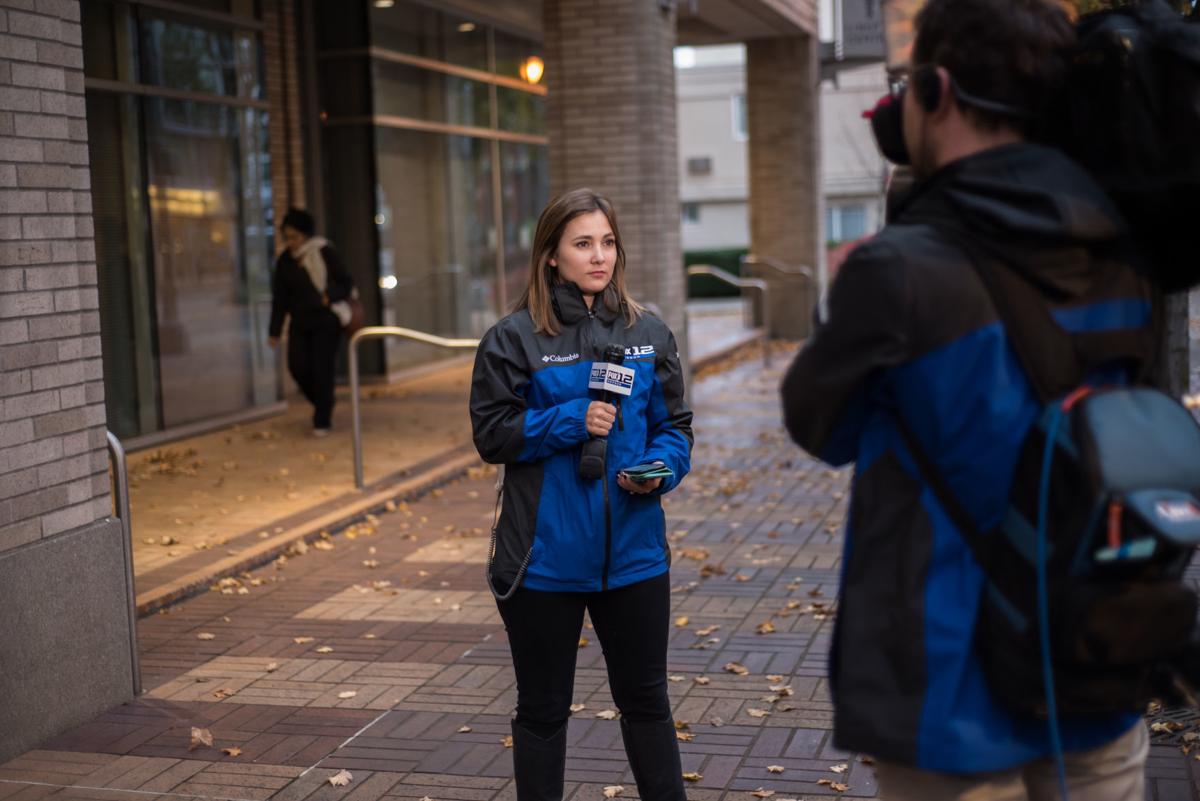 Fox 12's Kandra Kent reports on scene in downtown Portland in fall 2017. She said her favorite part of being a reporter is going into the field and finding stories. 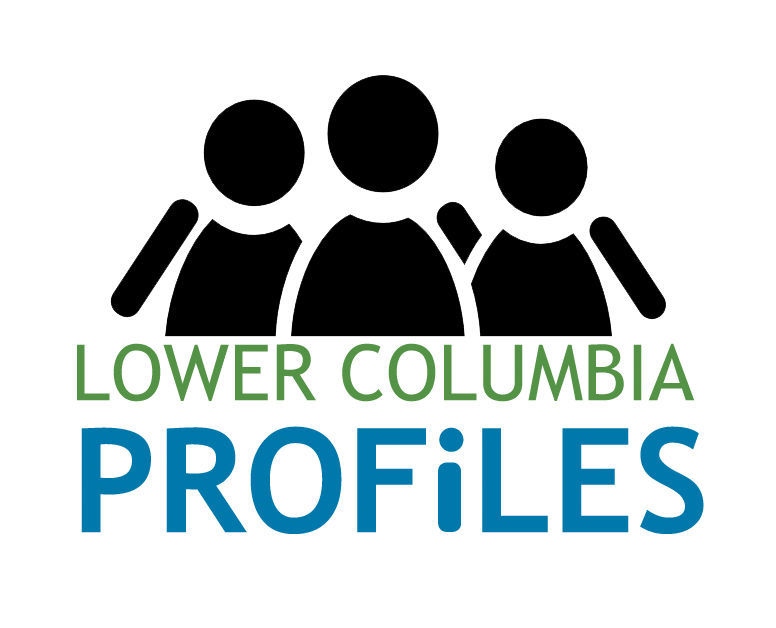 Editor’s Note: Lower Columbia Profiles is an occasional series featuring area residents who have interesting stories to tell.BEAVERTON — Growing up in Toutle, Kandra Kent always had an interest in journalism.

“I kind of thought I would (write in) newspapers, but I always liked to make movies,” she said. “When I saw anchors and reporters on TV, I was like, ‘Oh, I wonder if I can do that some day.’ I think it was a natural progression.”

Kent, now 28, has fulfilled her childhood aspirations by reporting the news on TV for six years, including two at Fox 12, covering the Portland area. Her market includes Cowlitz County, where she’ll occasionally stop for an assignment.

“It’s been really neat to come back to the area where I grew up,” she said. “I know when I see my teachers in Toutle, or even my parents will hear things … but it’s really cool to be able to tell stories for people in the area that I grew up.”

After graduating from Toutle Lake High School in 2008, Kent got her feet wet with a summer internship at The Daily News. She said guidance from City Editor Andre Stepankowsky gave her confidence to pursue journalism.

“He was the first person who hooked me up and said, ‘Yeah, you can do this,’ “ she said.

Kent then earned her associate degree at Clark College while serving as the news editor for the student newspaper, The Independent, and transferred to Washington State University to enter its prestigious broadcast journalism program.

While at WSU, Kent said she felt nervous about her future prospects in television.

“It was something that I really wanted, but I didn’t know if I would ever make it in the industry,” she said. “I remember ... sitting down with my professor of my last TV news class and being like, ‘Do you think I can actually do this?’ He was like, ‘Of course. You just need to start small, and you’ll do just fine.’ ”

On her professor’s recommendation, she began an internship at NBC-affiliate KTVZ in Bend in 2012. According to Nielsen, Bend was the 24th-smallest media market out of 210 regions in 2017.

After being hired full-time that fall, Kent said her time in Central Oregon, where she was able to sharpen her reporting skills, was “a blast.”

“I was pretty terrible at the beginning,” she said. “But you just learn so much, and it was a great opportunity to learn about being a reporter and being on TV and putting together a story.”

In 2016, Kent began reporting closer to home with Fox 12 in Portland, serving the country’s 22nd-largest market. She said she was “thrilled” to join her current crew.

“I always knew I wanted to come to Portland. It was always my dream,” she said. “I wanted to be back in my home city — Toutle’s obviously kind of another world away, but I grew up watching Portland news.”

During her time at Fox 12, Kent said her favorite moment was driving down to a rest stop in Albany, Ore., last summer to cover the solar eclipse.

“It was surreal to be with all these people as the sky got dark, temperatures dropped and then, of course, the incredible flare of the eclipse. Unforgettable,” she remembers.

Kent’s naturally curiosity serves her well as a reporter, she said.

“I love and thrive on the fact that my day can literally change in a few seconds,” she said. “I think I’m going to do one thing, then all of a sudden, something happens and you’re spinning around and doing something else. It’s hard for me to picture doing anything differently, where I might be sitting in a cubicle all day long.”

Nevertheless, Kent said reporting in the era of “fake news” and distrust of journalists has been rough.

“I think that it’s heartbreaking for all of us in journalism to see people tear apart the media, and tear apart the work we do and think that what we’re doing isn’t valuable, or that it’s ‘fake’ in some sense,” she said. “But I think it makes all of us want to dig in deeper and do the best that we can do.”

Kent’s way of building trust is connecting with community members face-to-face. She said putting in the “grunt work,” as she called it, also helps her work stand out in a crowded Portland media scene.

“Having good sources is really key, (as well as) doing a lot of leg work before you get to that scene,” she said. “Even if it’s breaking news, my photographer will be driving me and I’m connecting with the people that I know who might be at that crime scene who might be able to give me tips.”

Although she doesn’t get to visit Cowlitz County for stories often, Kent said she always appreciates covering where she grew up.

“I’ve always found that people in Cowlitz County are happy to see us,” she said.

Kent has no desire to move away from Portland.

“It’s funny, you grow up and you’re like, ‘I want to leave,’ “ she said. “But the Pacific Northwest is great, I love it. I don’t see myself leaving.”

If you or someone you know in the Lower Columbia region has an interesting personal story, email TDN Editor Andre Stepankowsky at andre@tdn.com or reporter Jackson Hogan at jackson.hogan@tdn.com.

Kandra Kent, who was raised in Toutle, has spent more than two years reporting for Fox 12 in the Portland area.

Fox 12's Kandra Kent reports on scene in downtown Portland in fall 2017. She said her favorite part of being a reporter is going into the field and finding stories.