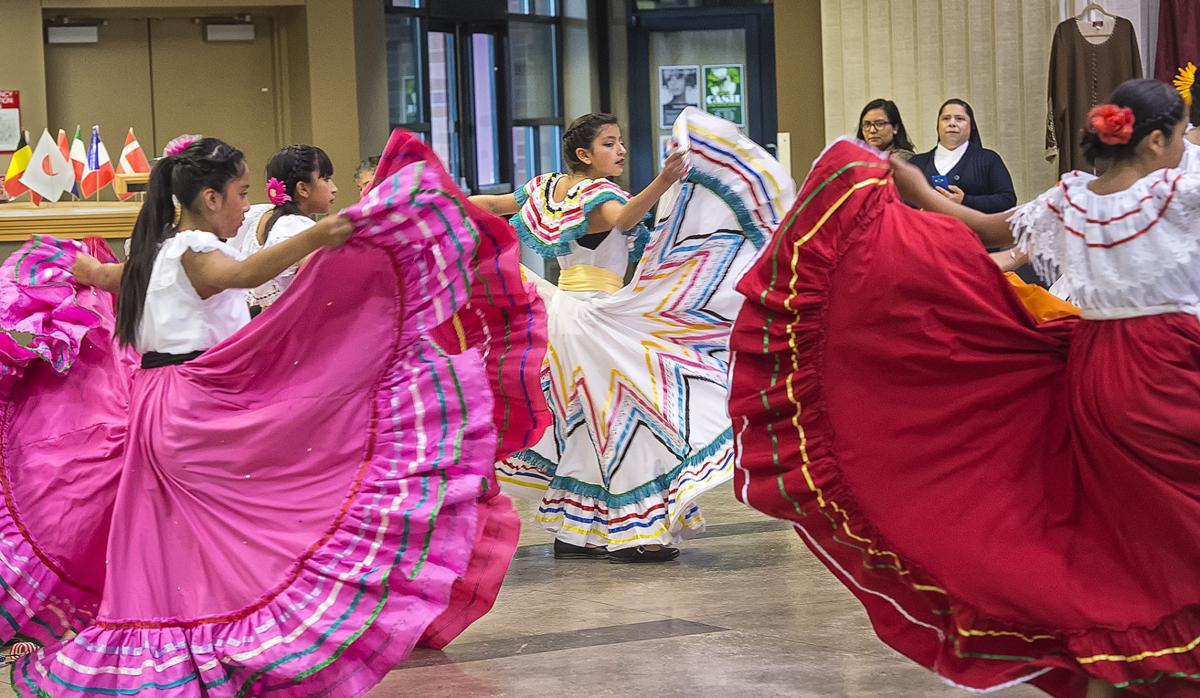 Skirts swirl in a flash of color as dancers from the Hispanic community of Longview and Kelso perform during the 27th annual International Festival at LCC. 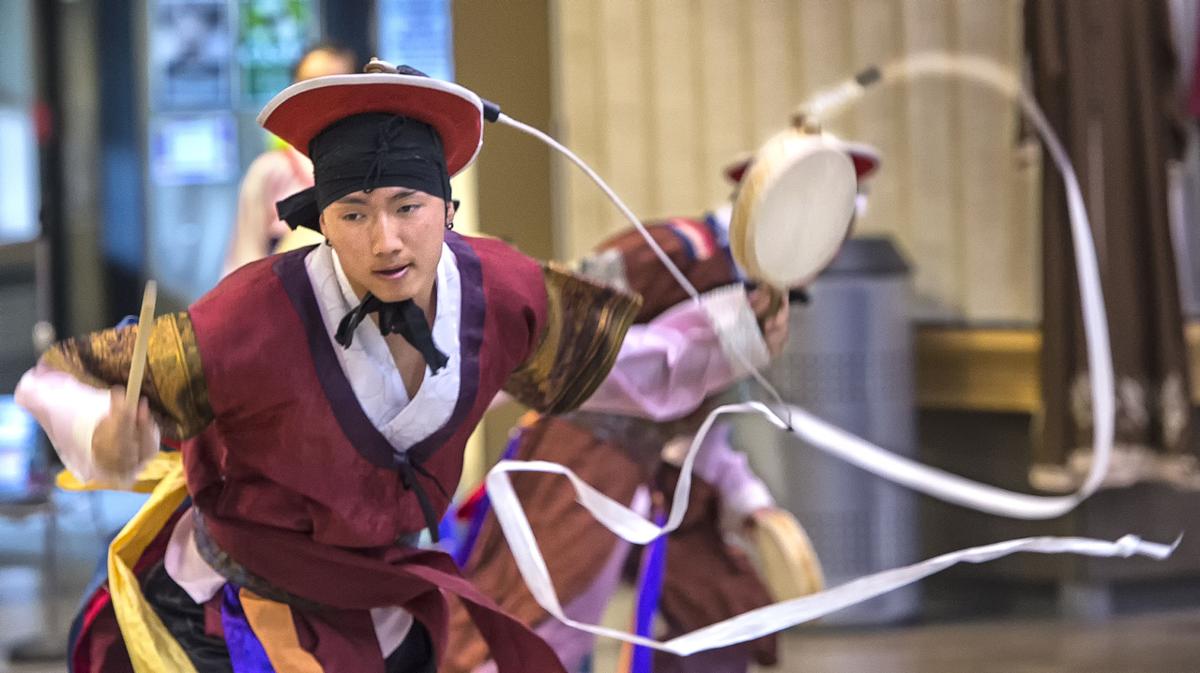 Male members of the Morning Star Cultural Center of Lynnwood dance and keep ribbons twirling from their hats during part of a traditional Korean harvest dance performed at the International Festival at LCC.

The whole world was present at Lower Columbia College for one afternoon.

The Ethnic Support Council hosted its 27th annual International Festival from 10 a.m. to 4 p.m. yesterday at Lower Columbia College. Performers, vendors, and booths representing different countries and ethnicities were all accounted for.

“Our community’s changed a lot,” she said. “I moved here in 1990, and it was more than 90% Caucasian — everybody was pretty much the same. Our community has changed, and it’s nice to celebrate that.”

As of the 2010 Census, Cowlitz County is approximately 89 percent white, 1.5 percent Native American and Alaska Native, 1.5 percent Asian, 0.6 percent African American, and 0.2 percent Native Hawaiian and Pacific Islander. Around 8 percent of the population was of Hispanic or Latino descent, according to the U.S. Census Bureau.

Lopez-Werth said it was difficult to come up with an exact number of visitors to the event, since admission was free, but she estimated the total amount of guests to be around 700. The crowd present was a healthy mix of races, ethnicities, and ages.

The festival also featured 27 different information booths, and although many were centered around ethnic groups, such as the Cowlitz Indian Tribe and Sons of Norway, some were merely non-profit organizations, such as the Kiwanis Club of Kelso Longview and Longview Public Library.

One of the new booths this year was the Kelso Longview Islamic Community. Shpresa Shaheed, an immigrant from Kosovo who came to the U.S. six years ago and currently lives in Longview, came with the group. She said multicultural festivals really capture the true spirit of this country.

“To speak the truth, these are the real Americans,” Shaheed said. “We all are here as immigrants. We are gathered here as a family, and loving each other, and it’s awesome.”

Shaheed said she hopes events like the International Festival will help Americans have a better view of the U.S. Muslim community.

“A lot of times, in the media, they talk about what’s going badly with Muslims,” she said. “In here, we have a voice to say that we are also human beings, and we’re Americans. This is the time for us to tell people they’re not who (the media) is saying we are.”

Keiko Petersen, a coordinator for LCC’s International Programs who was working at that group’s booth, said people treat others who are different more respectfully after learning about other cultures.

“The world is changing so much, and we now have the internet and all the online news,” Petersen said. “We have lots of information come through, but also, we sometimes easily misunderstand different cultures because we are not exposed enough.”

Iris Gonzalez, a visitor from Kelso, said events like this are necessary in today’s social climate.

“Especially with what’s been going on (politically), I think it’s important to reinforce these ideas of multiculturalism,” Gonzalez said. “We’re all in this together, we’re all in the same mixing pot.”

Skirts swirl in a flash of color as dancers from the Hispanic community of Longview and Kelso perform during the 27th annual International Festival at LCC.

Male members of the Morning Star Cultural Center of Lynnwood dance and keep ribbons twirling from their hats during part of a traditional Korean harvest dance performed at the International Festival at LCC.