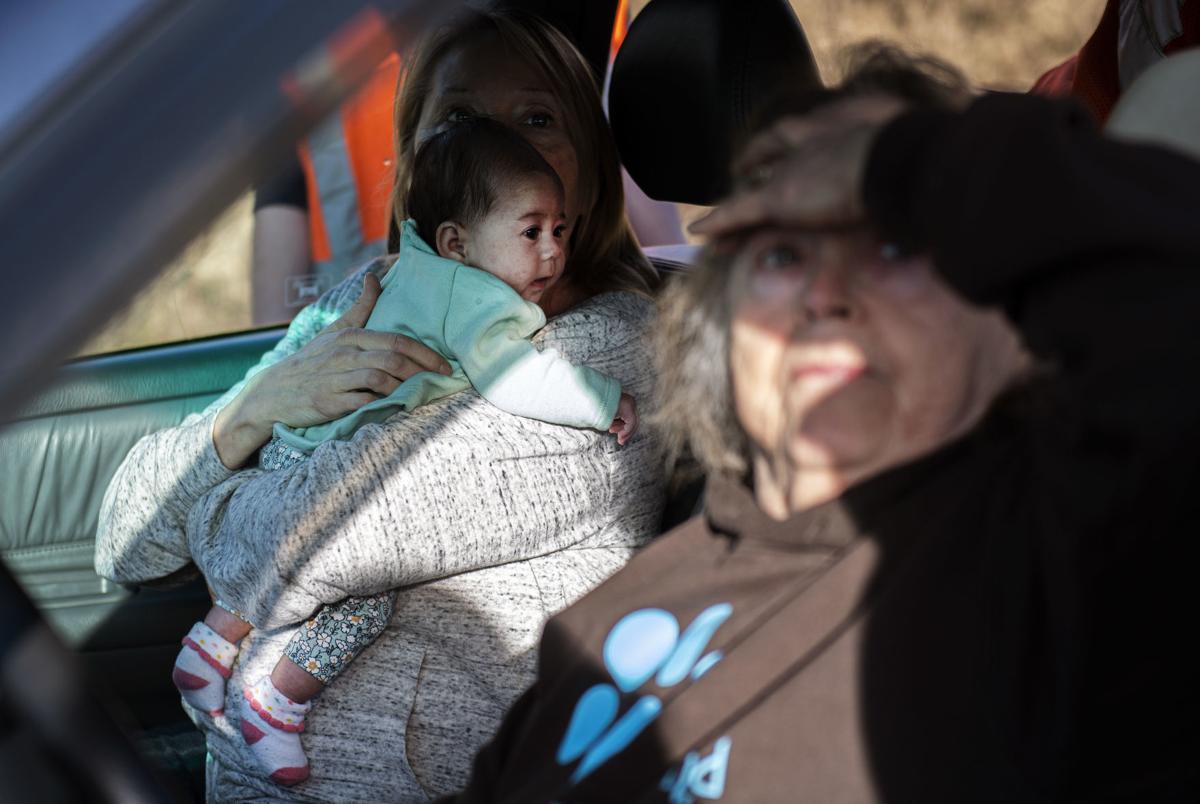 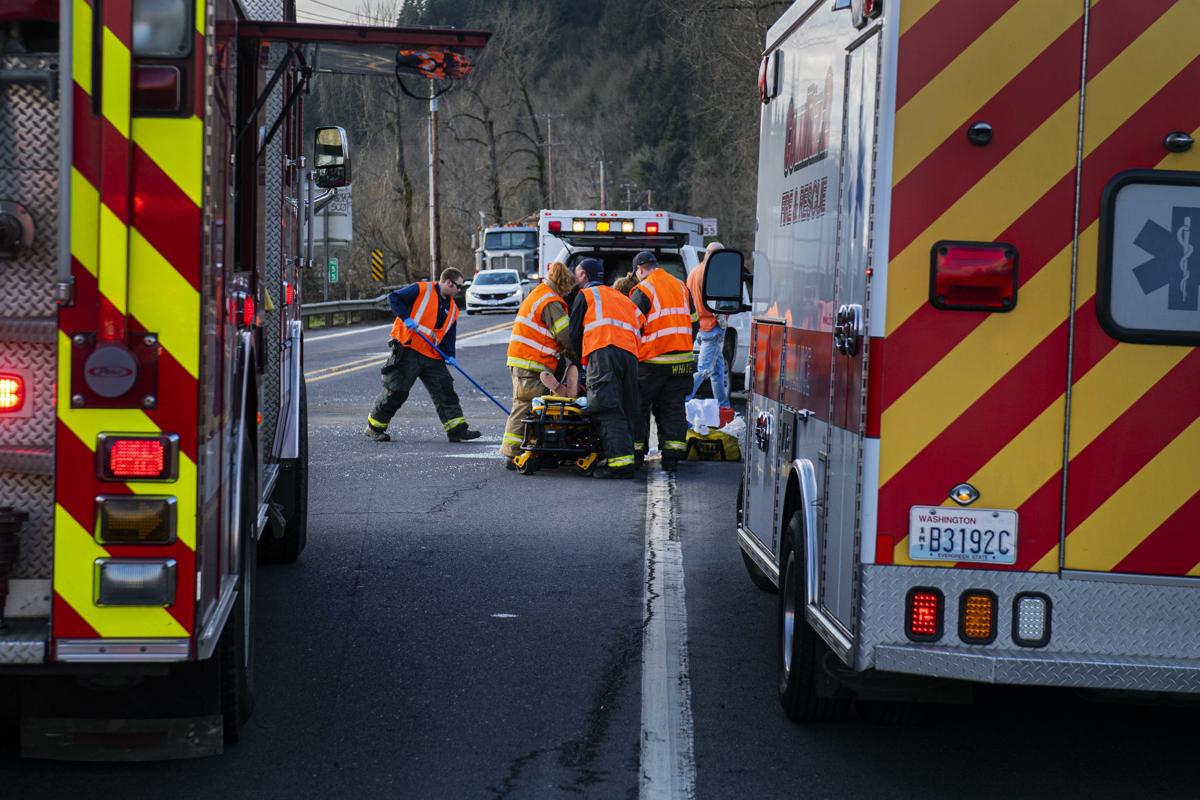 First responders strap a person involved in a four-vehicle accident to a gurney before sending the person to the hospital from the scene on Ocean Beach Highway and Coal Creek Road Wednesday afternoon.

A seven-week-old Cathlamet girl was not injured in a four-car crash that took place west of the intersection of Ocean Beach Highway and Coal Creek Road in West Longview Wednesday afternoon.

The girl’s grandmother Mary Ann Rathvon picked up the infant following the crash, which sent the girl’s mother to a local hospital with non-critical injuries, according to Rathvon and fire officials.

The girl and her parents were on their way home to Cathlamet, Rathvon said.

The girl was born Christmas Day, her grandmother said. A rear-facing car seat may have saved her life. EMTs on scene said her seat was likely the safest one in the vehicle.

A westbound white truck rear-ended a blue car that was making a left turn from Ocean Beach Highway, Cowlitz 2 Lieutenant Bryan Ditterick said. Two patients were taken by ambulance to a local hospital for treatment, but there were no critical injuries, Ditterick said.

“It could have been a lot worse,” Ditterick said. “It’s very important to wear your seat belt at all times. And these little people, they don’t have a choice. ... Seat belts save lives. So do car seats.”

The accident occurred around 2:14 p.m. and blocked all lanes.

By 2:39 p.m., one lane had been reopened and traffic was being alternated through the area. 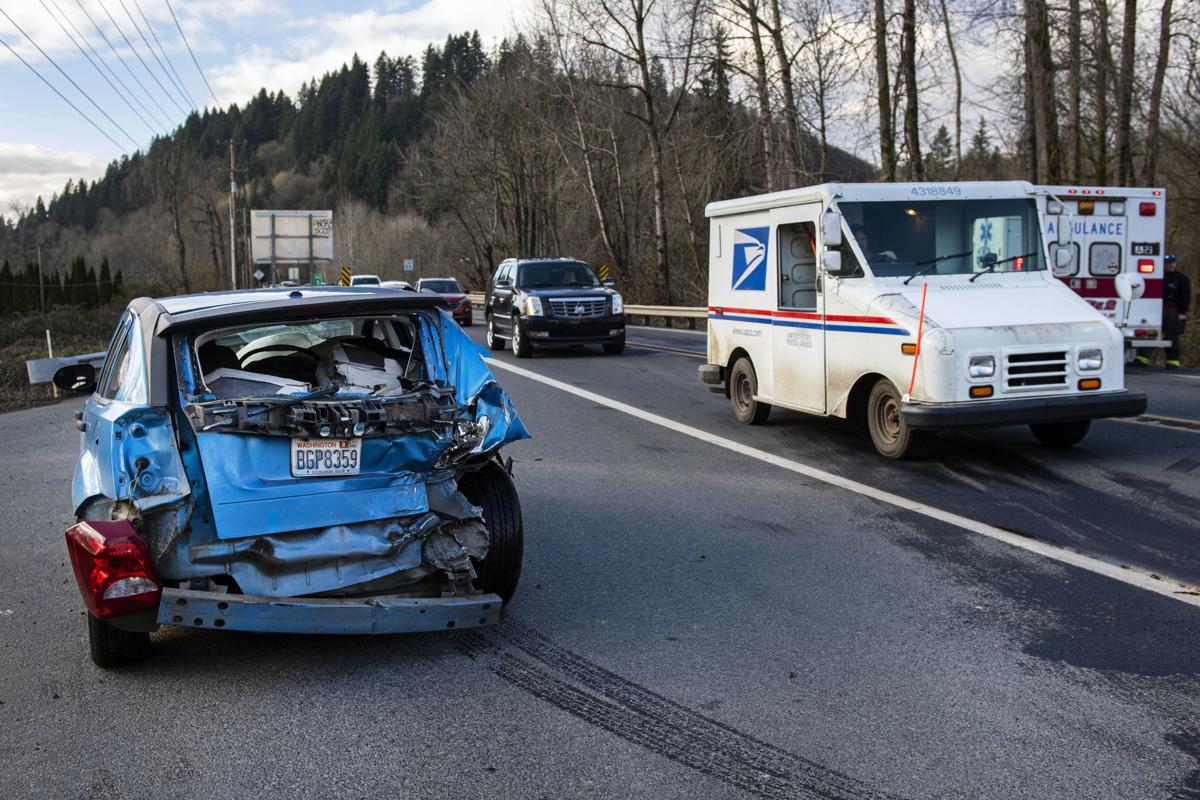 Eastbound traffic begins moving through one lane on Ocean Beach Highway Wednesday afternoon after a four-car accident temporarily blocked travel in both directions.

First responders strap a person involved in a four-vehicle accident to a gurney before sending the person to the hospital from the scene on Ocean Beach Highway and Coal Creek Road Wednesday afternoon. 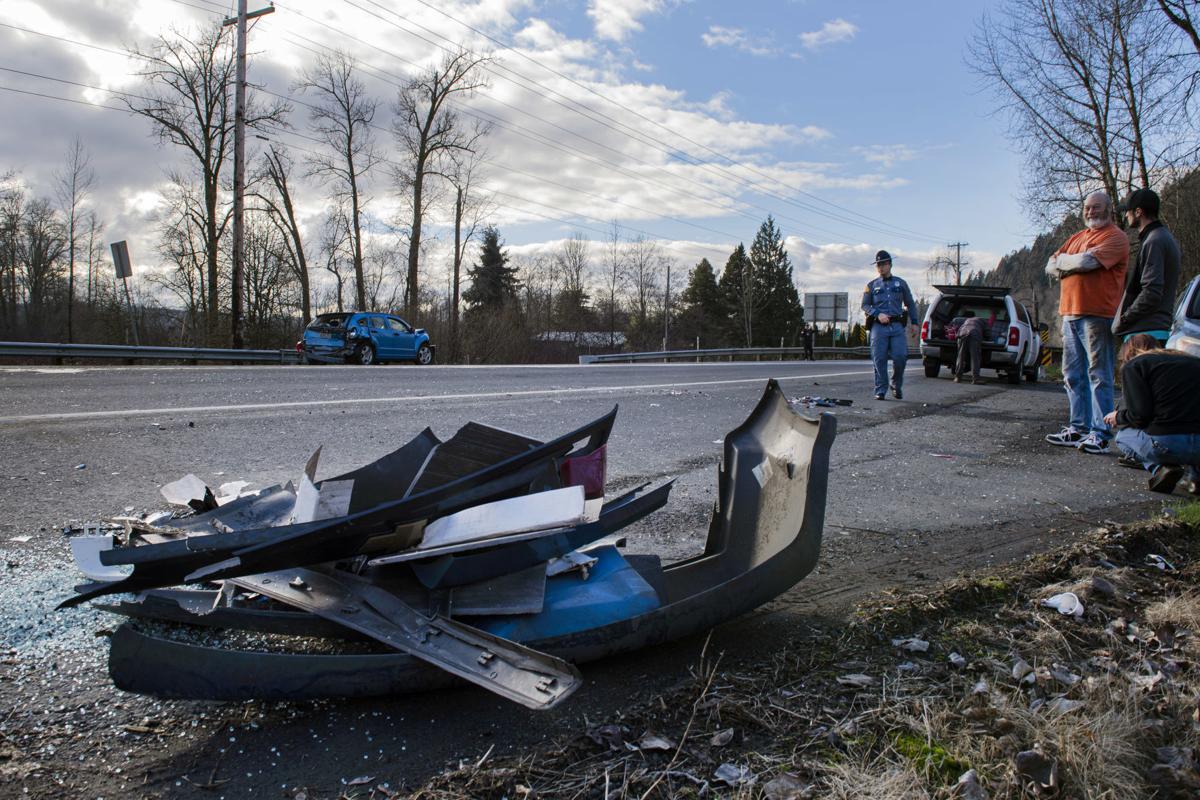 Vehicle bumpers and fenders lay crumpled on the side of Ocean Beach Highway Wednesday afternoon after a four-vehicle accident temporarily shut down both lanes near the Coal Creek intersection.