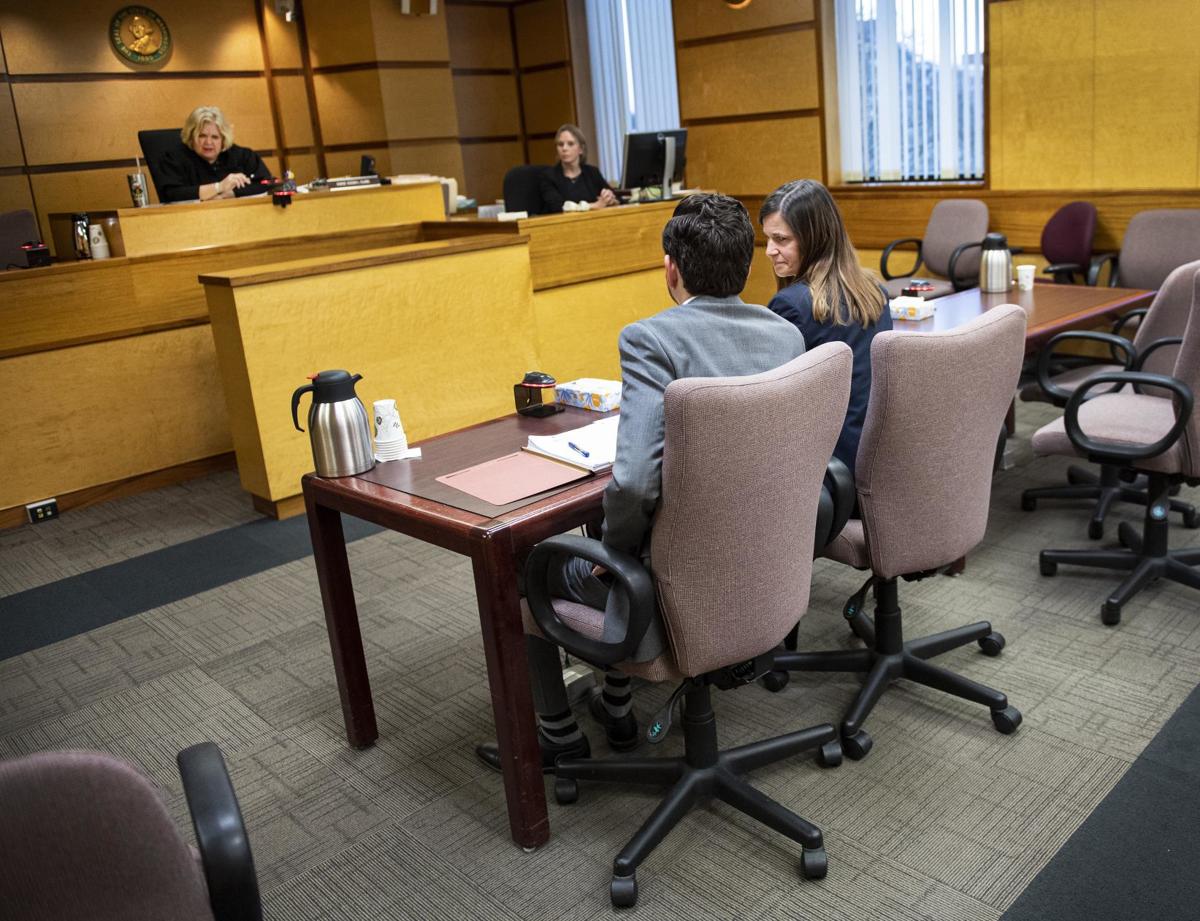 Deputy prosecutors representing Cowlitz County share a glance at each other while Clark County Judge Suzan L. Clark, left, addresses a representative by the Department of Justice via phone during a hearing at the Clark County courthouse Thursday evening. 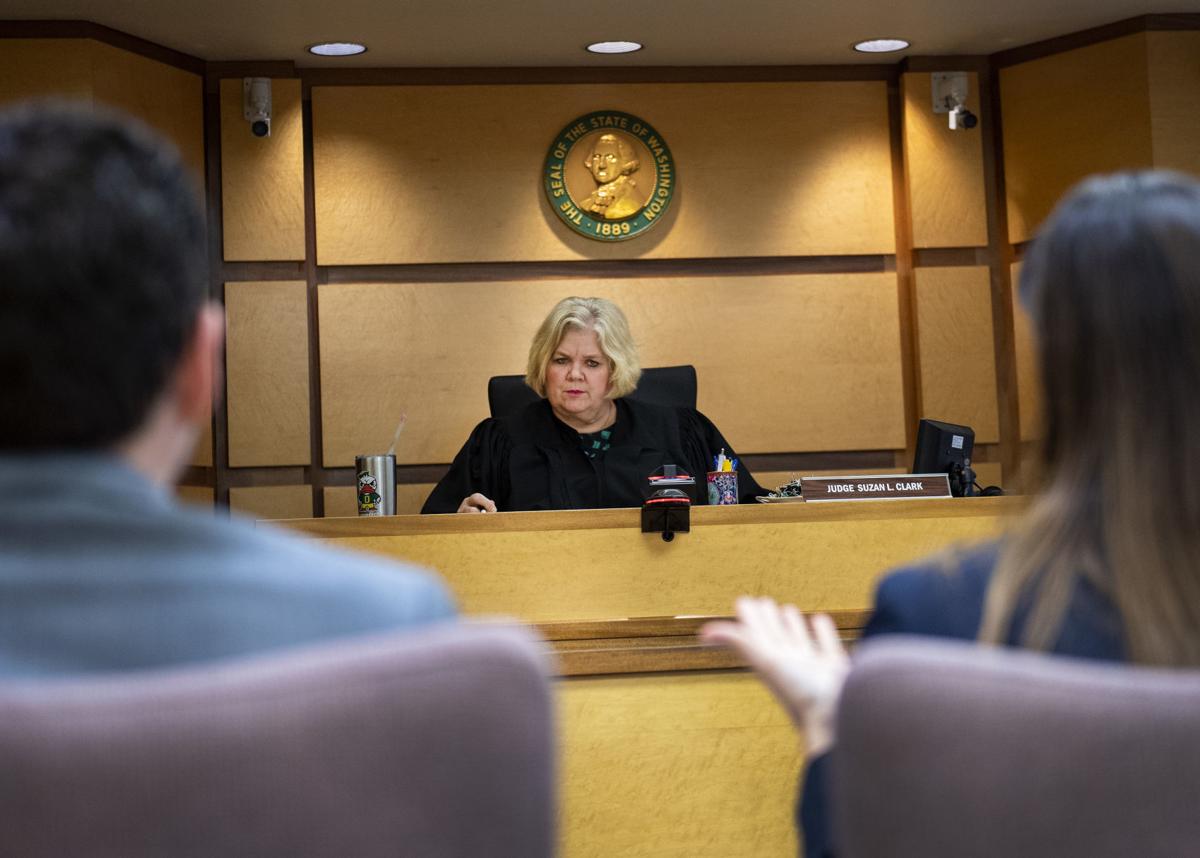 Clark County Judge Suzan L. Clark listens to deputy prosecutors representing Cowlitz County during a hearing involving the University of Washington and the Department of Justice at the Clark County courthouse Thursday evening.

A lawyer for the U.S. Justice Department told a judge Thursday that Cowlitz County should not be allowed to release records of immigrant minors held at the Cowlitz County Juvenile Center because the documents are owned by the federal government.

“This is such an important matter and ... involves the property rights of the United States,” said U.S. Department of Justice attorney Alexis Echols.

Appearing by phone in Clark County Superior Court, Echols said the records in question belong to the U.S. Immigration and Customs and Enforcement agency.

“The records were not created by Cowlitz County, they were not created by ... the juvenile facility there. These are records that originated with ICE. They concern very sensitive private information concerning minors, their criminal history, their photo IDs, classifications sheets, medical information, transfer paperwork and immigration detainers,” Echols told Clark County Superior Court Judge Suzan Clark.

University of Washington lawyer and human rights activist Angelina Godoy has requested the records of juveniles ICE held in the Cowlitz juvenile center under contract from 2015 to 2018. Godoy contends that holding the youths secretly, without public knowledge of the legal grounds for their arrest and detention, is a violation of their rights.

Attorney Eric Stahl, representing Godoy and UW, said in court Thursday that she is not seeking private, privileged information.

“The request specifically (included) ... redaction of any personal identifying information about the detained juveniles being held in Cowlitz County at ICE’s behest,” Stahl said.

Cowlitz County has been willing to release the documents but has been blocked by ICE. Thursday’s hearing before Clark County Superior Court Judge Suzan Clark was the first stage in a legal battle over release of the documents. Judge Clark is hearing the case because all Cowlitz Superior Court judges have recused themselves from the case to avoid conflicts of interest.

Clark on Thursday allowed ICE to intervene in the case and set the next hearing for Jan. 15.

The county knows the criminal background and history of the minors, which Godoy requested last year as part of an investigation by the UW into immigration practices in Washington. ICE blocked juvenile justice officials from releasing that information, so the county, which is willing to release it, filed suit in February to ask a judge to determine whether it can lawfully do so. The case has attracted national attention.

ICE claims that federal regulations give it sole authority to release the documents, according to court filings. Godoy and the county disagree. Their court filings argue that the university is a public agency which is entitled to the records for research purposes.

Since 2001, the county has held juveniles determined to be a safety risk for the federal government while they go through immigration court proceedings. It’s one of three facilities that can hold those minors for longer than 72 hours at a time.

ICE says the juveniles pose public safety risks, and some are facing charges for murder or child molestation. But Godoy has said ICE’s block on the jail files obscures the legal grounds on which the juveniles are held, which she called “antithetical to democracy” earlier this month.

Whatever happens in the county’s lawsuit, state legislation passed in April mandates that the county’s agreement with ICE must end by the end of 2021.

Want a summary of today's news? Sign up for daily headlines.