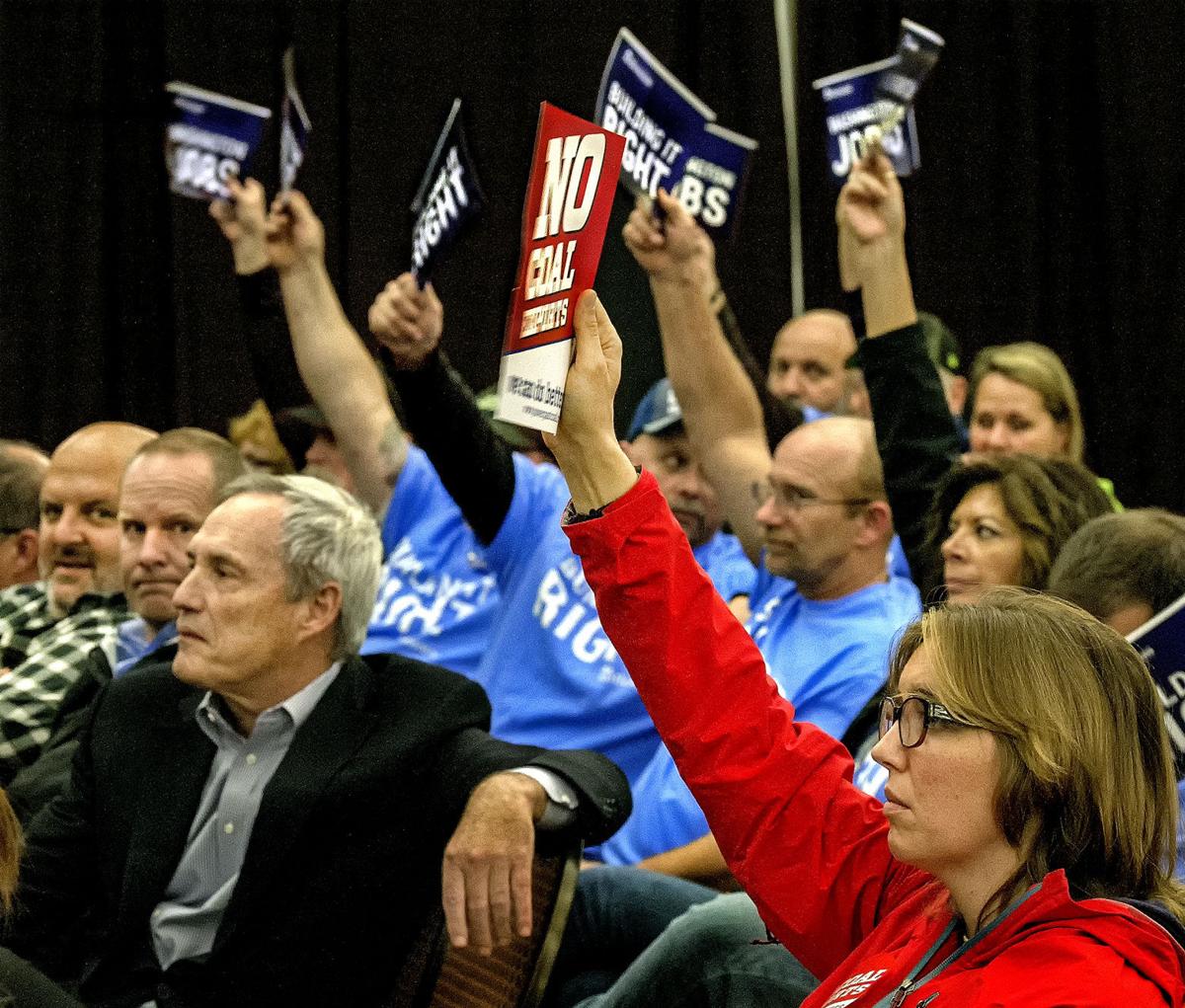 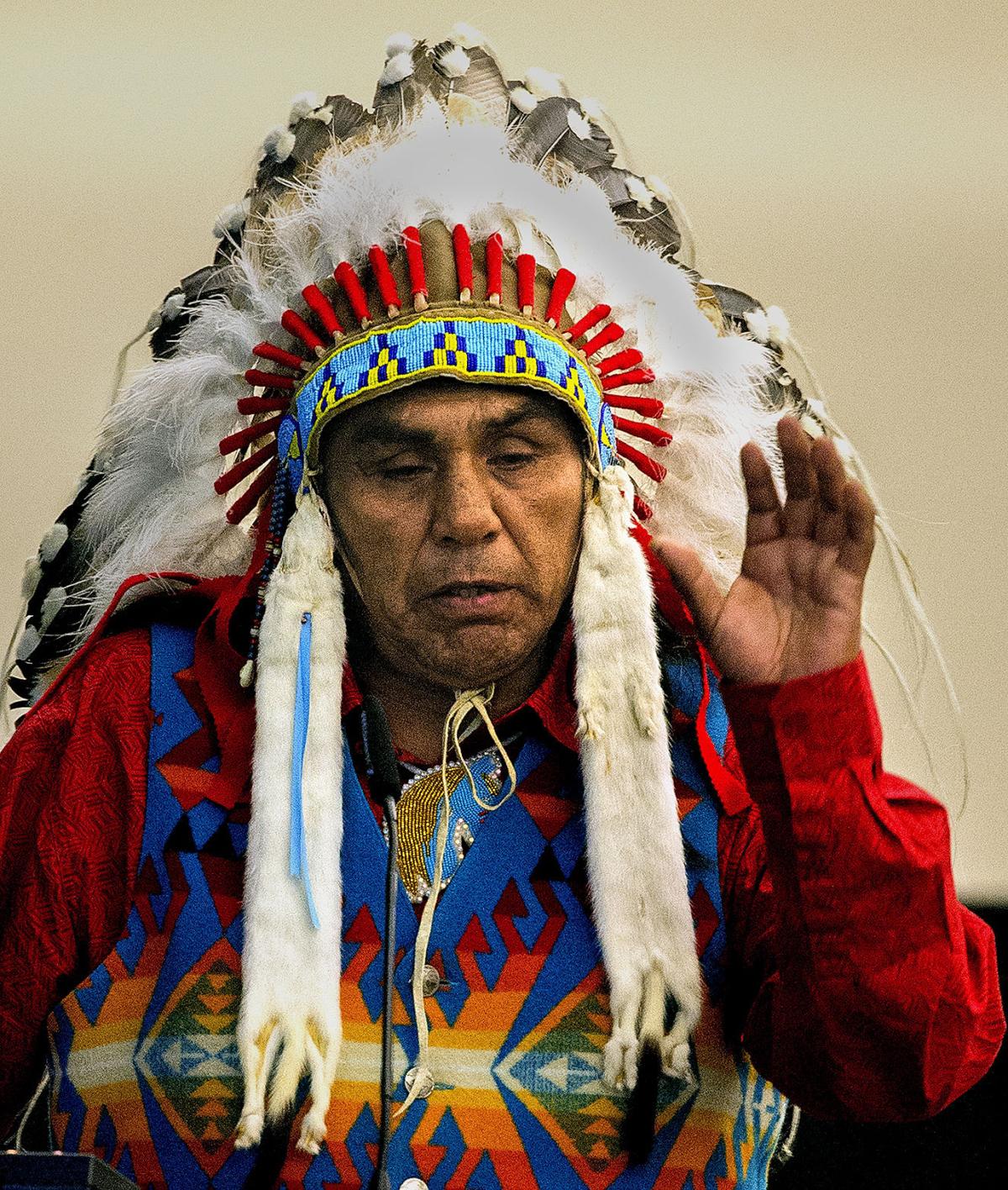 Hundreds of people showed up Monday afternoon to have their say on the latest federal environmental review of a proposed coal terminal in Longview.

The afternoon crowd was dominated by those wearing red to show their opposition to the project, although many wore blue in support. About 400 people attended the afternoon session at the Cowlitz County Expo Center in Longview.

About 350 more attended the night session.

There were no major outbursts at the afternoon hearing, although a few times the crowd laughed or applauded in appreciation or protest of a comment. While the hearing was intended to specifically focus on the draft EIS, most of those commenting made appeals for or against the coal terminal itself.

“I don’t know how you put bread on your table, but this is how honest, hard-working people do it,” said Dave Gillihan of Longview, a Millennium employee who said several generations of his family have worked on the former Reynolds Co. site where the terminal would be built.

Longview substitute teacher Billea Smith started crying as she spoke about her fears for the terminal’s effects on clean water and air.

“I ask each and every one of you to go look at your children and your grandchildren in the eyes and justify the risks,” Smith said.

Cowlitz Tribe councilmember Jerry Iyall said the study only looked at fish impacts downstream of the project site, without examining the upstream impacts or estimating how many salmon deaths and injuries could occur.

“Fewer juvenile or adult salmon will mean less salmon for tribal, commercial or sports fishers,” Iyall said. “This example is just one of many demonstrating that Millennium’s proposal did not responsibly review its project impacts.”

A few representatives from Oregon Celilo Village of the Yakama Nation spoke, including Chief Olsen Meanus Jr. who wore a feather headdress and a red shirt. “This is our way of life. Our traditions have a lot do with the salmon. … If we lose this, we lose a big chunk of our livelihood,” Meanus said.

“The draft EIS has major flaws … the Corps’ review ignores climate change impacts from mining and burning 44 million tons of coal per a year,” said Paulette Lichatowich, a Port of St. Helens commissioner. The study also did not consider a new state rule to cap carbon emissions, she pointed out.

Millennium’s supporters commended the Corps for conducting what they saw as a comprehensive review, and highlighted the study’s findings that suggest the project would not create clouds of coal dust.

“If complaints continue about dust, we will know it’s a device just to deceive. Facts do matter. We will not be fooled by opponents who do not listen to facts,” said Bill Chapman, Millennium CEO.

Two more hearings on the Corps’ review will take place Tuesday at the Clark County Event Center in Ridgefield, one at 1 p.m. and one at 5 p.m..