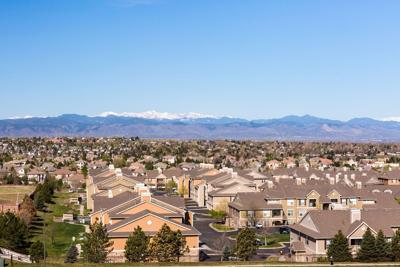 Home prices have soared in recent months as the demand for homes far outpaces supply. Currently, the U.S. is in need of between 3.8 million and 5.5 million housing units to meet existing demand, the Housing Finance Policy Center at the Urban Institute says.

The reasons — and potential solutions — depend on whose opinion you seek.

“People talk about vacation rentals, people talk about greedy builders, absentee landlords and all kinds of other things,” Patrick Barkey, an economist and the director of the Bureau of Business and Economic Research at the University of Montana said. “There’s a million different stories out there.

“Everyone’s asking, ‘What did we do? Manufacture a lot more people all of a sudden?’”

As the American dream of home ownership moves out of reach of many potential buyers, communities are mulling how to reverse that trend.

Building on the outskirts of cities allows for bigger home sites on less-expensive land.

Homebuilders can build tract homes that are more affordable because they can be built in bulk on land that is bought as a huge lot.

Materials are purchased for multiple homes at once, which lowers costs, and communities can be split up between homes for sale and apartment complexes.

First-time home buyers can live in a community with similar neighbors.

“Because the houses are very similar or even identical, you can feel equal with your neighbors in a tract development,” says Emily Medlock of Homedit, an online homeowners resource site. “There is no ‘keeping up with the Joneses’ when everyone is on an equal playing field.”

Sprawling out to create affordability means scraping open land and creates long commutes for those who can’t afford to live in the urban areas where they work.

There’s also an impact on water supply in Western states, especially the Southwest, and the need for a vehicle to get to work.

In Idaho, where the population has grown more than it has in any other Western state in the past five years, many workers have to commute from neighboring towns because they can’t afford anything closer, says Vanessa Fry, interim director for the Idaho Policy Institute, a research group at Boise State University.

More service workers, waiters, teachers and nurses driving long distances every day has an irreversible impact on the land, but the trade-off is less expensive homes for buyers and, for developers, often moving into a town or county that is eager for development when urban cores turn them down.

Aside from custom homes, most developers need multiple units to make the balance sheet work.

They can build up, but taller buildings inevitably draw the ire of neighbors who don’t want their views blocked and dread the congestion or the noise.

“Not in my backyard,” or NIMBY, opposition, delays home projects across the country by an average of 7.4 months, according the National Association of Home Builders and the National Multifamily Housing Council.

Assuming one gets past neighbor opposition, the regulations on building housing are not built for speed.

“We have yet to figure out how the private side can work with the government side to keep the costs down,” says Brian Bonnenfant of the Center for Regional Studies at the University of Nevada, Reno.

Reducing regulations would be a big step, he says.

A 2021 study by the National Association of Home Builders reports government regulations add a roughly 24% increase in the total cost of building a new house.

“I’ve been in the real estate business for 25 years, and we’re seeing more and more regulations, which equals more cost,” Pucci said. “Home ownership is getting out of the grasps of more and more people’s hands.”

Pucci said about four of his Lewis County, Washington clients could no longer afford their planned homes due to the state building code changes that took effect in February 2021 and required home features that reduce energy, like heat pumps, which tend to cost more up front than furnaces or air conditioning units.

In April, the Washington State Building Code Council also approved mandating commercial and many multifamily buildings to transition from using water and space heating equipment powered by natural gas to appliances powered by electricity, like heat pumps. The code is slated to take effect in 2023.

The Urban Institute says fewer regulations would help get more houses built, along with lifting restrictions on condominium lending and alternative homes, such as manufactured houses, modular, panelized or precut homes.

“We know what the solutions are,” Bonnenfant said. “It’s just, how do we do it without ruining existing neighborhoods, without gentrifying, without making the government go broke?”

Declaring a town or city “full” with no more room to grow is an appealing thought to some.

“There’s no such thing as a ‘no growth’ community,” says Shane Phillips, an urban planner and policy expert in Los Angeles.

“Cities and suburbs across the U.S. have spent decades lying to themselves: ‘If we don’t plan for population growth, people will choose somewhere else to live.’”

In-demand communities that don’t change policies to encourage more housing will only see home prices and rents continue to rise.

Examples in the west include San Francisco, Los Angeles and Boulder, Colorado.

In the 1960s, Boulder created a greenbelt around the city to discourage dwellings on the hillsides or fringes of the city and limit population. Places such as Seattle and San Francisco put so many restrictions on building housing, in the name of environmental protection, that their markets are among the most expensive in the west.

And they now face hundreds of homeless encampments that have popped up in the shadows of their high-rises.

Growth without accepting it or planning for it will not bode well for smaller communities that have seen a population surge since the pandemic, analysts say.

“The faster you grow without planning for it, the worse your roads are going to be, the worse your water is going to be,” said Laura Jones, a housing coordinator in Rapid City, South Dakota. “Everything becomes more expensive and everything is impacted. Then it becomes a place you don’t want to live anymore.”

Phillips says cities have two choices: to grow the housing stock or to limit homes and grow their housing prices.

“Unfortunately, many places continue to chose No. 2,” he says, “to the great misfortune of renters, younger generations and those without the luck of being born to wealthy parents.”

Oakland, California, is cited by the EPA as a city that has adopted more housing in partnership with the community.

Hismen Hin-Nu Terrace is a 1.5-acre development at an abandoned grocery store site in a distressed area. The development helped revitalize the neighborhood with 92 affordable rental homes, a community center and commercial space on a major bus route.

The project designer engaged community members in interactive design workshops, and environmentally friendly finishing materials were chosen along with balconies and windows to allow resident to watch over the street and improve security.

Outdoor art funded by a National Endowment for the Arts grant spurred redevelopment in the surrounding neighborhoods, including new homes and the renovation of local restaurants.

“Planning must no longer be a tool for those who only want to avoid change; instead, planning can and should be an instrument to build equitable communities for all,” the American Planning Association says.

Editor’s Note: This story is part of Squeezed Out, a series from Lee Enterprises that focuses on the escalating housing crisis in the West.

Southeast Phoenix - then versus now

Construction workers raise a wall on a new home in the Gladden Farms subdivision in Marana, Ariz., north of Tucson. 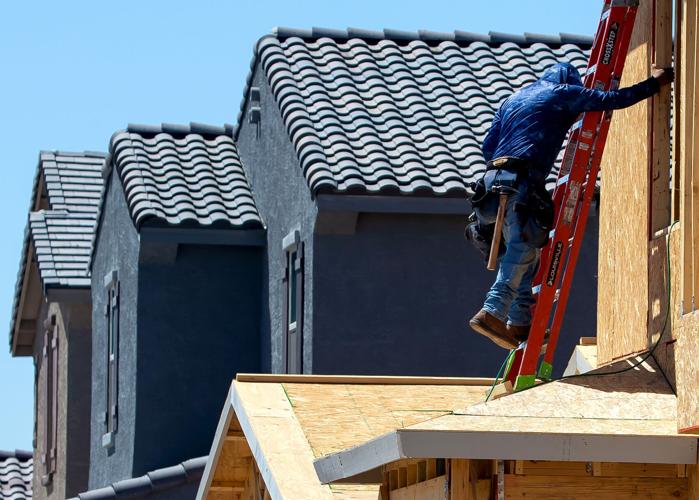 A construction worker works on a new home in the Gladden Farms subdivision in Marana, Ariz., northwest of Tucson.