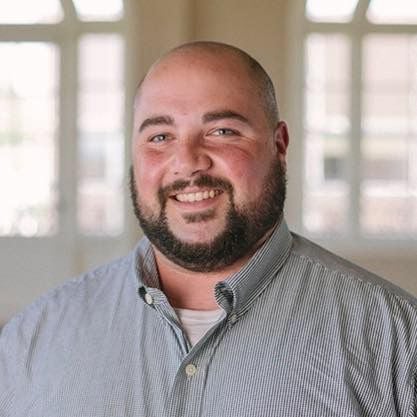 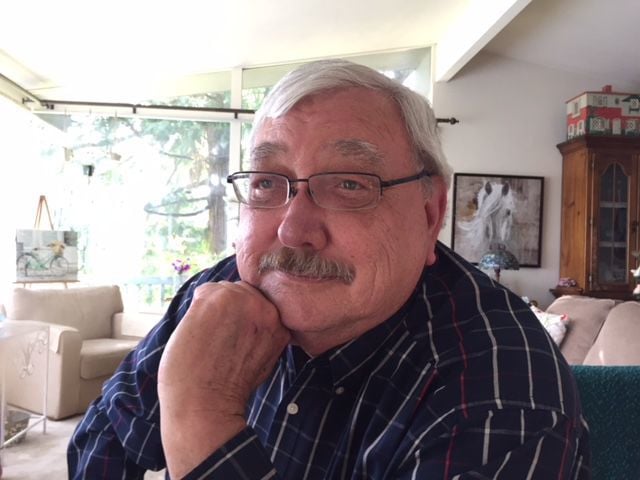 In his bid for Kelso City Councilman Jim Hill’s seat, Keenan Harvey is highlighting a background in criminal justice as a way to prevent Kelso from becoming a “dumping ground” for sex offenders and violent felons.

Hill, who is seeking his second four-year term on the council, said he has been a community activist for four decades and he wants to continue improving the city.

In response to Harvey’s comments during a recent joint interview with The Daily News editorial board, Hill said it was “frightening” to hear that Kelso is a dumping ground for sex offenders. But he added, “I don’t believe that to be the case.”

Cowlitz County had the highest rate of registered sex offenders per capita in 2017, which experts tied to a variety of factors, including a high rate of overall crime and aggressive prosecution resulting in higher conviction rates.

Harvey said he’d like to explore creating a city ordinance that would limit the number of sex offenders or violent criminals that can live under one roof. When felons are released from prison, they are sent back to the county where they were convicted, but if there isn’t any housing available, they could be sent to an adjacent community, Harvey said. He doesn’t “necessarily know the legality” of such an ordinance, but other cities have done something similar, so he’d like to look into it.

During his first term on the council, Hill said he helped get air conditioning for the senior center and establish the new 911 Call Center. If he is reelected, Hill said he wants to complete West Main Street and bring in restaurants and businesses to that area. He wants to find a permanent location for the library, finish up Lads and Lassies and Tam O’Shanter parks, support affordable housing and add bike lanes.

Harvey said he decided to run against the incumbent because he’s heard that people have difficulty dealing with Hill on the council and various boards. And he said Hill pushes issues that people in the community don’t care about. He said he disagreed with Hill’s lone dissenting vote against hiring former Police Chief Andy Hamilton as the city manager and his continued efforts to restrict fireworks.

Hill has said he voted against hiring Hamilton not because he didn’t think the former police chief was qualified to run the city, but because he believed the other candidate had more of the experience and knowledge he was looking for.

As for fireworks, Hill has long championed reducing the number of days when fireworks are allowed to be ignited. His efforts failed yet again this summer when the council abruptly tabled the matter.

Harvey also criticized the incumbent for the council’s consideration of a landlord licensing program earlier this year. The program would have required landlords to show proof of inspections each year, but the council hasn’t further discussed the program after some residents spoke out against it during a March meeting.

“I don’t believe that those are issues that citizens in the City of Kelso want, but (Hill) continues to push for those measures and ordinances instead of listening to the community,” Harvey said.

Hill responded that the council by nature is always reviewing its codes, but the council doesn’t plan to take any further action on the landlord licensing program.

Instead of proposals such as the landlord licensing program, Harvey suggested expanding the nuisance abatement department so tenants could file complaints about their living situations.

“It’s great to propose these ideas, but where does the money come from?” Hill asked.

Harvey responded that the city can expand its tax base by making it easier for developers to build in Kelso. He works with contractors as a commercial agent and often hears that development in Kelso is hindered by a strict permitting process, which makes it less profitable to build new housing. As a result, he’d like to “streamline” the process, he said.

Hill responded that he believes Kelso follows the state law for permitting guidelines, so it’s unlikely it could be streamlined any further.

The candidates also had very different views on voter Initiative 976, also on the Nov. 5 ballot, which would eliminate the city’s ability to impose a $20 annual vehicle licensing fee to fund street repairs. Kelso currently receives about $175,000 a year from the program. Community Development Director Michael Kardas has said eliminating the Transportation Benefit District would cut the city’s funds for street repairs in half.

Harvey said he supports the initiative eliminating the $20 additional car tab fee because it is a “small drop in the bucket” for fixing the city’s roads, while burdening low-income residents.

“Citizens being priced out of purchasing a vehicle is a lot more important,” Harvey said.

Hill, on the other hand, said he “absolutely” opposes the initiative because it would cut Kelso’s funding for roads and it would eliminate funding for local nonprofits, such as Lower Columbia CAP, which may have to shut down its entire transportation program that serves about 22,000 people.

“I don’t know how people expect to have the infrastructure they need in their lives if we don’t pay for it, and it seems like such a pittance,” Hill said. It’s going to be devastating to our highways (and) the different agencies dependent on that money.”

Both agreed they are opposed to tapping into Longview’s water a possible solution to Kelso’s recent struggles with low river levels during the summer. Harvey said it’s an issue he needs to learn more about. Hill said the council is planning ahead with recent utility rate hikes to finance a future water system upgrade depending on a study finalized later this year.

Harvey, who was fired in December 2017 from his position as executive director of the Humane Society, defended his performance with the agency during the editorial board interview. The disagreement was the result of a disgruntled contract veterinarian’s accusations to the board that he wasn’t doing a good job, Harvey said.

Had the vet brought his concerns to his direct supervisor, they could have worked to address the problems and “we could have solved 99.9% of the issue,” Harvey said.

But because the vet had violated proper chain of command, Harvey decided to file a grievance against the board, he said. Humane Society leadership declined at the time to comment on its decision to fire Harvey and has been tight-lipped about it ever since.

Civic and political participation: Kelso Rotary since 2016; precinct committee officer for the Cowlitz County Republican Central Committee in the Haussler District since 2017.