Last week, PeaceHealth caregivers, and anyone who walked through the lobby, had a chance to try out the da Vinci XI surgical robot and simulator. The Longview hospital has committed to purchasing the system from California-based manufacturer Intuitive for well over $2 million.

Surgeons using the system sit at the console and control the robot’s arms, which include a camera arm and others with surgical instruments attached to them. The camera shows everything in 3D and can magnify for a better view, Mersereau said.

The arms use haptics — technology that simulates touch and motion — and can sense if it’s going in the wrong direction, Mersereau said. The system also can sense if the user looks away and the arms will freeze in place.

The system allows doctors to perform complicated surgeries through a smaller opening than otherwise would be necessary. The smaller incisions reduce risk and shorten recovery times, Mersereau said. It may also eliminate the need for narcotics, he said.

Hospitalization and recovery times are shorter, but there is a bump in cost for the surgery procedure itself, said hospital spokesman Randy Querin. The dollar amount is dependent on the type of procedure and the patient’s insurance, he said.

St. John purchased a simulator so surgeons and other staff can begin training to use the robot, Mersereau said.

The hospital will use the system for general surgery, gynecological and urological procedures.

Mersereau said some patients get certain procedures done in Vancouver or Portland where the technology already is available.

“With this, we’ll be able to keep patients here and they won’t have to leave the community to get this care,” he said.

Robotic-assisted surgery has become “pretty mainstream,” and is the standard of care for many procedures, Mersereau said.

The use of robotic surgery for all general surgery procedures increased from 1.8% to 15% from 2012 to 2018, according to a study published in the Journal of the American Medical Association publication JAMA Network Open.

The test robot displayed in the lobby has created a lot of buzz among staff, Mersereau said.

“I’ve been talking about the technology for a few years, and I think the mindset was we’re never going to get this in Longview,” he said. “I think seeing it in person has created excitement. People have seen the potential.”

The PeaceHealth St. John Medical Center will convert a house into office space after a rezone was approved Thursday by the Longview City Council.

Dr. Anthony Simons, a colorectal surgeon, said when he “dabbled with” a similar robotic system at a conference about five years ago, he thought cost would prohibit the Longview hospital from getting the technology.

“They’re fantastic, but also very expensive,” he said after trying out the system Thursday.

The robot would change roles of surgical technicians and others assisting the surgeon during the procedure, Simons said.

“You’re the only one with hands in, except you don’t really have hands in,” he said.

Teens roll up sleeves for COVID-19 vaccine across Cowlitz County

Natalie Bargen hates needles, but on Thursday morning she received the first dose of the Pfizer COVID-19 vaccine at PeaceHealth St. John Medic…

Since the hospital has committed to purchasing the system, Simons said his next step is to see if it will be feasible for his practice to use. He plans to go to Spokane to observe a doctor who uses the system often, Simons said.

Mersereau said the hospital has the finances approved for the purchase and is negotiating final costs. It should be delivered by mid- to late-June, he said.

“We’re excited. This technology here is going to be a gamechanger,” he said.

PeaceHealth St. John Medical Center lifted its no visitor policy Friday, allowing one visitor per patient per day because of falling COVID-19 …

Cathlamet resident Sue Johnson drove 30 minutes to PeaceHealth St. John Medical Center on Monday to get a mammogram, but said the drive was “w… 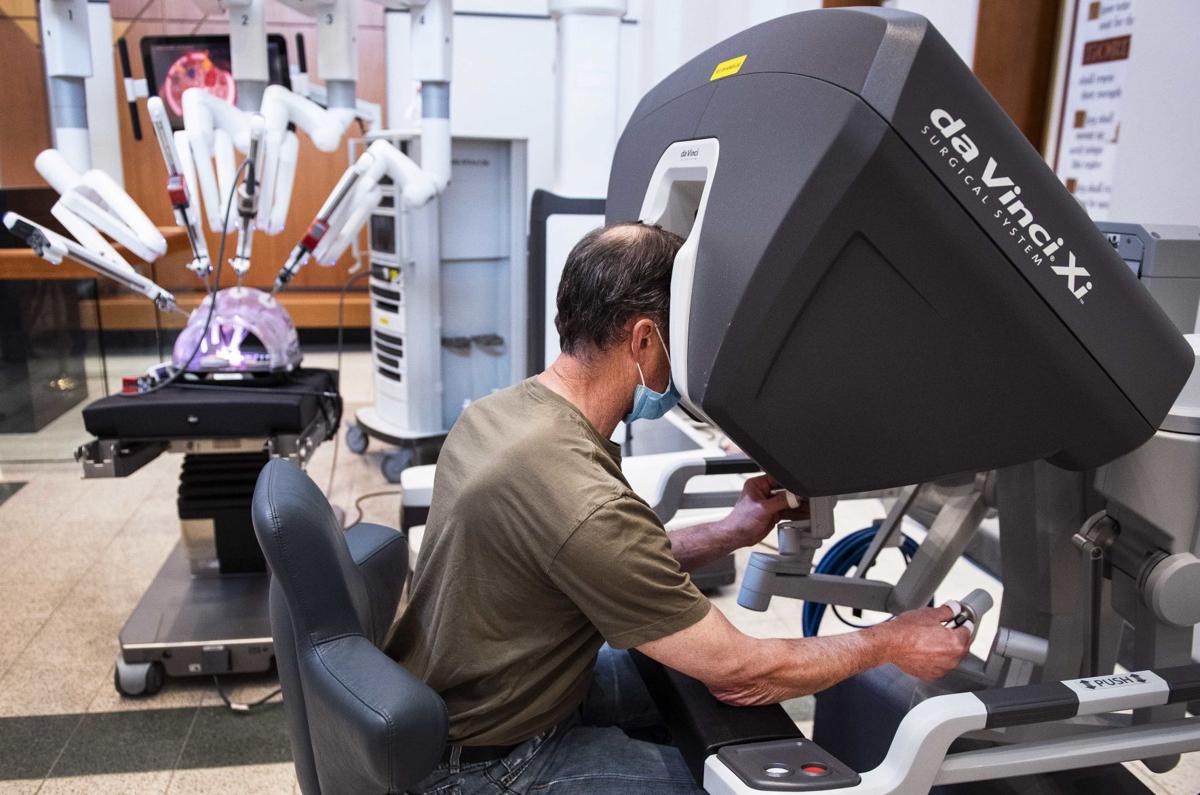 Dr. Anthony Simons, a colorectal surgeon, tests out the surgical robot on display in the lobby of PeaceHealth St. John Medical Center in Longview on Thursday. The hospital is in the process of purchasing the technology to use in general surgeries, which will offer less invasive procedures that could reduce cost and speed up recovery for patients. 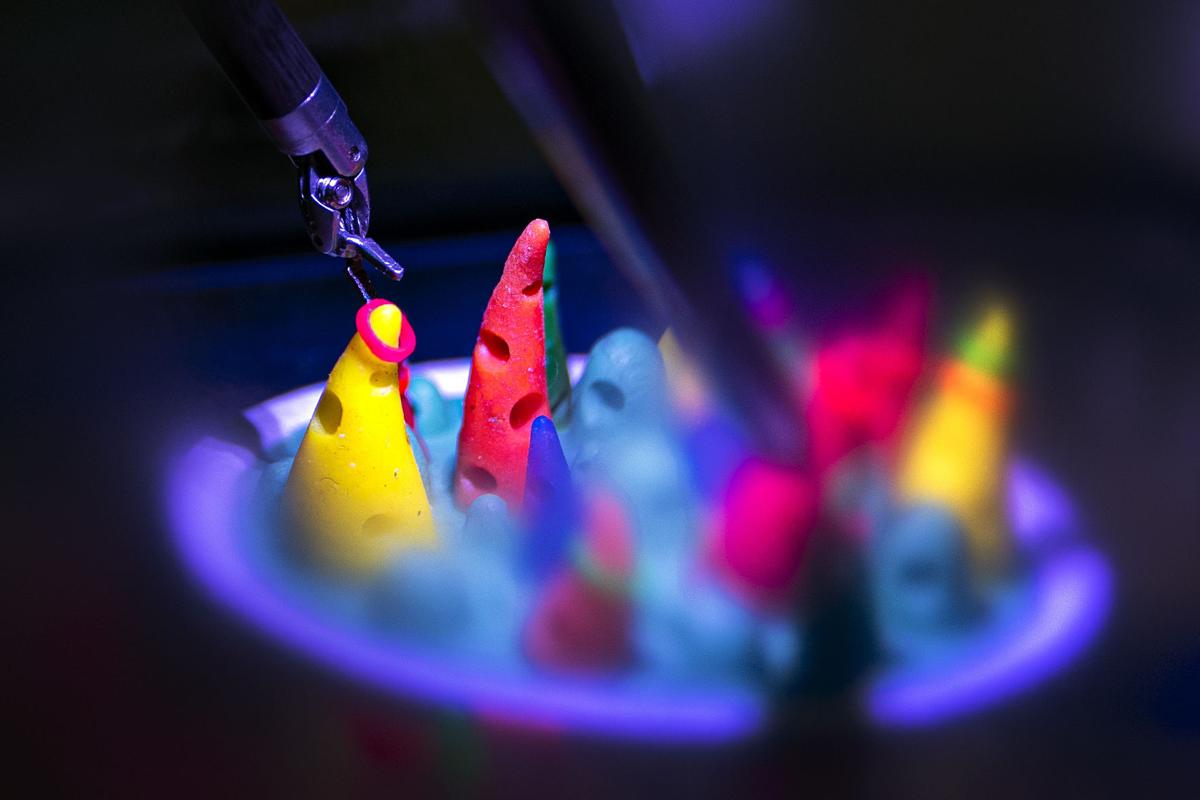 Hospital staff practice using a surgical robot by placing small rubber bands around colorful cones while the machine was on display Thursday in the lobby of PeaceHealth St. John Medical Center in Longview.