Great-grandparents: Changes to custody laws may have saved young crash victim
0 comments
Share this
{{featured_button_text}}
1 of 2 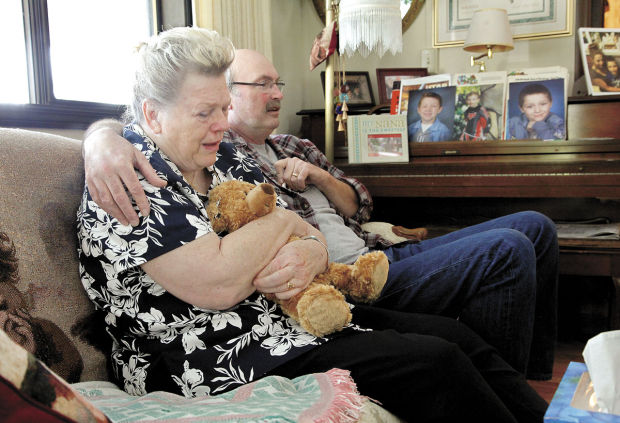 Carol and Lowell Johnson talk about the car crash that killed their great-grandson Noah Waite-Brown and how they hope state custody laws can be changed to prevent future tragedies. Carole clutches a teddy bear an Oregon State Police officer gave Noah in the hospital. The bear also has pilots wings from the LifeFlight pilot who flew Noah from the crash sene. 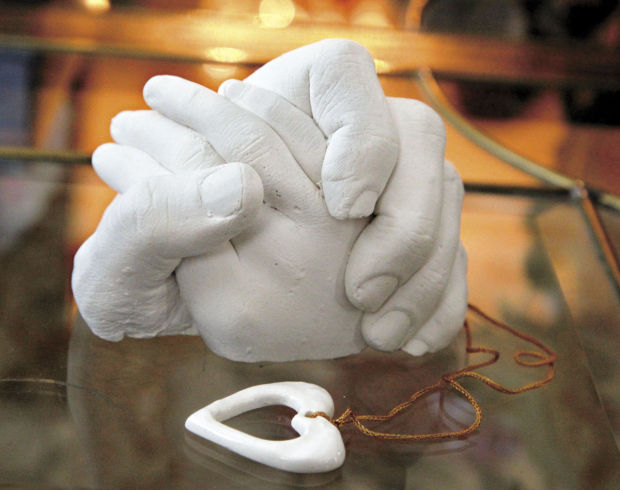 The Johnsons treasure items hospital staff made to honor Noah, including a cast of Lowell Johnson holding Noah’s hand and a heart-shaped pendant each was given at the hospital.

By Barbara LaBoe / The Daily News

His great-grandparents say 8-year-old Noah Waite-Brown died a hero, donating organs to six people after dying Sunday as a result of a crash on Highway 30. But they also believe Noah would be alive today if they’d been able to get full custody from his father.

“We tried so hard to keep him safe,” a sobbing Carol Johnson said Wednesday from the Columbia Heights house Noah lived in for most of his short life. “If we hadn’t been made to put him in that car (with his father) he’d be here today.”

“But now the proof has come too late,” Lowell Johnson added, fighting back tears.

The Johnsons blame Brown for the wreck, which they hope will boost support for a bill in Washington to give grandparents greater visitation and custody rights.

“Grandparents have no rights whatsoever. If the law had been different, Noah would still be alive today. It’s a simple as that,” Carol Johnson said. “It shouldn’t take (losing) a beautiful life for people to see that.”

“We’re just a Nana and a Papa who lost their baby,” Carol Johnson said. “But we don’t want this to happen to anyone else.”

The Johnsons, along with Noah’s mother, Leah “Nikki” Waite, had a years-long battle with Lucas William Brown for custody of Noah. Both sides claimed the other was unfit and the case got ugly. Brown had custody for six months when Noah was in first grade. But for the most part Noah and Nikki lived with the Johnsons while Nikki dealt with several medical conditions and attended rehab, the Johnsons said.

Nikki struggled at times, the Johnsons admit, but she adored Noah and his half-sister Bella, and their granddaughter was trying to turn her life around. She stumbled after learning about the legal synthetic painkiller Kratom, which produces an euphoric feeling. The Johnsons fear it might have contributed to Nikki’s death — test results are still pending — but she also had a seizure disorder that also could have caused her heart to stop.

Her March 4 death stunned the family and devastated Noah, they said.

As for Brown, the Johnsons believe he was a regular drug user. He was convicted of driving under the influence in 2004, they note, and in court filings they state they feared for Noah’s safety.

A court-ordered hair follicle test was conducted at St. John Medical Center four days before the crash, according to paperwork the Johnsons have. It showed Lucas Brown tested positive for heroin, amphetamines, methamphetamines, hydromorphone, codeine, oxycodone, hydrocone, and marijuana — but the results weren’t available until after the crash.

They also note a handwritten “will” Nikki wrote Feb. 28, stating “please keep Lucas William Brown away from my son.”

Brown, for his part, told the court he had a medical marijuana card for pain but didn’t use other drugs, according to court files. He also said he was loving father and that Noah’s mother was the one unable to care for their son. His sister told a Portland TV station Tuesday that Brown was devoted to both his sons.

Brown said he wanted full custody when Noah’s mother died. The Johnsons were panicked, saying they knew Noah wouldn’t be safe with Brown. They were in court the morning of Nikki’s funeral service fighting for custody. They got a temporary stay that gave them primary custody but continued visitations with Brown on weekends and Wednesday afternoons.

While the crash toxicology results aren’t in yet, the Johnsons say they’re convinced Brown was impaired as he drove Noah and Noah’s half-brother Kane home April 14.

The Johnsons have dealt with tragedy before.

In 1994 Carol Johnson’s daughter Tami Waite was murdered in Ridgefield. And in 1993 Lowell Johnson’s son Darren Johnson nearly died after being struck by a drunk driver. His recovery gave Lowell Johnson a small bit of hope about Noah, because he’s seen people beat long odds before.

“I wanted that miracle one more time,” Lowell Johnson said. “But it just didn’t happen.”

The Johnsons are leaning on their strong faith to get them though the latest tragedy, and say they’ve been overwhelmed by the generosity of others.

Both the responding state police officer, Robin May, and the LifeFlight pilot, John Robben, visited Noah in the hospital, leaving a teddy bear and pilot’s wings behind. The staff and students of Columbia Heights Elementary, where Noah was in third grade, have been “amazing,” the Johnsons said. The May 4 funeral, at 3 p.m. at New Life Fellowship, 2441 42nd Ave., Longview, will be child-friendly, Carol Johnson said, because they want to give Noah’s classmates a chance to say goodbye.

They also have high praise for Randall Children’s Hospital at Legacy Emanuel Hospital in Portland, where officials helped prepare them for Noah’s death as soon as the extent of his brain injuries became apparent.

Both treasure ceramic heart pendants from the hospital that include a smaller center piece that Noah wore while in the hospital. The smaller pieces will be replaced after the funeral so that the Johnsons always carry a piece of him with them, Lowell Johnson said.

“This really helps,” he said, fighting back tears as he clutched the necklace he hasn’t removed since Noah was admitted to the hospital. “Not much does right now, and it’s a little thing, but this really does.”

They’re also glad that they were able to donate Noah’s organs.

A 3-year-old boy got Noah’s heart. A 1-year-old got his liver and two adults each got one of his kidneys. Two other children each received a cornea.

“It’s the one good thing that’s come out of this,” Carol Johnson said.

“He’s a hero,” Lowell Johnson said. “He always wanted to be and now he is. But it happened far too soon.”

The Cowlitz County Coroner’s office confirmed Tuesday that a 31-year-old woman found dead in her Longview home in March had ingested kratom, a…

The Longview boy severely injured in a Highway 30 crash that killed his father died Sunday of his injuries, according to the Multnomah County …

One boy goes home, but brother still critical after wreck that killed dad

An injured 7-year-old Longview boy has been released from the hospital, but his critically injured older brother remained hospitalized after S…

A Longview boy remained in critical condition Tuesday after an automobile accident that killed his father, but an Astoria woman’s condition ha…

Carol and Lowell Johnson talk about the car crash that killed their great-grandson Noah Waite-Brown and how they hope state custody laws can be changed to prevent future tragedies. Carole clutches a teddy bear an Oregon State Police officer gave Noah in the hospital. The bear also has pilots wings from the LifeFlight pilot who flew Noah from the crash sene.

The Johnsons treasure items hospital staff made to honor Noah, including a cast of Lowell Johnson holding Noah’s hand and a heart-shaped pendant each was given at the hospital.