Incumbent Cowlitz County Sheriff Brad Thurman is leading the votes in the race to keep his seat, and fellow law enforcement agent Rob Gibbs is trailing.

The two will likely face each other in the November Election, while the third candidate, Ronald Lundine will not.

Thurman, 58, of the Kelso area is a first-term sheriff elected in 2018 when he won against former sheriff Mark Nelson.

Gibbs, 42, of Kalama is a U.S. Army veteran and a Woodland Patrol sergeant who previously served on the Kelso School Board aftering running unopposed for the seat.

Lundine, 72, of Toutle is currently charged in Cowlitz County Superior Court for felony assault and drug charges, after he hit his neighbor in the head with a pistol, according to police records. Lundine's case has not been resolved.

How did Cowlitz County vote? Unofficial primary election results as of Friday

The results of most Cowlitz County primary election races and measures have held steady since Tuesday, with a handful still too close to call …

State Rep. Joel McEntire came out of Tuesday night's primary with a strong lead over the two Democrats challenging him.

TOUTLE — A levy to pay for fulltime staff at the mostly volunteer fire department in Toutle is slightly below the numbers needed to pass, acco…

NEW: McEntire runs ahead of Cusack in primary for District 19 house race

State Rep. Joel McEntire came out of Tuesday night’s primary with a strong lead over the two Democrats challenging him.

Survey: Gen Z and Millennial drivers have a complicated relationship with their cars

Survey: Gen Z and Millennial drivers have a complicated relationship with their cars 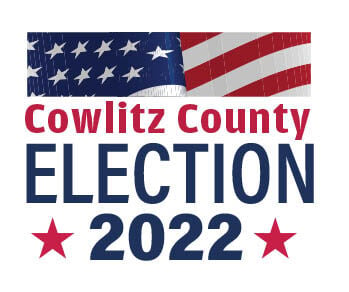