Seahawks vs. WFT: Updates and scores from MNF

The election for Position 6 on the Longview City Council offers voters a choice between experience and energy.

Chet Makinster, 71, is the longest-serving incumbent on the City Council, having served for 14 of the last 16 years. The former logging business manager said he is running again to see some of the council’s current projects through to completion.

Angie Wean, 46, grew up in Longview and spent most of the last 20 years moving across the country for work. Wean returned to Longview last October and got into the City Council race to bring new ideas to many of the ongoing conversations in the city.

Ballots for the November election will be mailed to Cowlitz County voters on Oct. 15 and are due Nov. 2.

Wean manages internal communications for Microsoft. She coordinates between one of the corporate vice presidents and the hundreds of employees who report to them. Previous jobs took her to Hyderabad, India, and various small businesses and nonprofits throughout Washington.

After returning to her hometown last year, Wean said she wants to use her experience organizing large conversations and projects to affect change in Longview.

“It’s not about ‘This is what Angie wants.’ It’s how do I think about being a conduit for different groups, and how do I make sure people’s voices are heard?” Wean said.

Many of the specific planks of Wean’s campaign center around Commerce Avenue. Wean said she wants to see downtown Longview bring in so many visitors that it causes parking problems.

While some of that growth will come from working with the current businesses, Wean wants to see the area grow more vertically as well. She is a big supporter of mixed-use developments expanding above current businesses or parking lots. She argues that kind of development, with businesses on the ground floor and multiple stories of residences above, allow the city to grow without sprawling away from its original footprint.

“You can have smokestacks and pretty flowers, and we have to have both in order to attract employers and get people to stay,” Wean said.

Organization also is part of her approach to homelessness. Wean wants to centralize the resources available to residents, whether that comes through the proposed hosted encampment or local nonprofits. When she worked for a nonprofit in Fort Collins, Colorado, she appreciated the city had an easily available map and rundown of public services for the homeless.

Wean is endorsed by Rooted to Win, a program launched by the Washington State Democrats this year to support local election candidates.

Wean describes herself politically as mainly “pro-human” and looking to reflect what residents want for the city. She also describes herself as fiscally moderate, having grown up in a home that occasionally had to run on very tight budgets.

“It’s about being really intentional about what we’re spending and how we plan on what that spend is. I think that makes it easier to make those hard decisions,” Wean said.

Makinster has been thinking about whether this year’s re-election campaign could be his last political push.

Makinster first joined the City Council in 2005 when he was appointed to fill a vacant seat. He lost his first re-election bid in 2007, successfully ran for a different seat in 2009 and has remained on the council for three terms since then.

“I give it a little continuity,” Makinster said. “When someone brings something up I can say, ‘Well, we tried that 10 years ago or 5 years ago and here’s why it didn’t work.’ “

Makinster was the production manager at Swanson Bark and Fuel when he first joined the council, which taught him about fiscal responsibility and working with the city on issues. He’s also a longtime local who says he’s a third-generation Longview resident who always has lived within a few miles of the city.

Makinster feels the council’s role is to take a big picture view of what the city needs to work on. He doesn’t enjoy the limelight that comes with campaigning and tries not to pick fights with other members of the council or the community.

“When the council makes a decision to go ahead with something, we should back that. Even if maybe I’m only 50% into it or 25% into it, I should not go beat up my compadres over something,” Makinster said.

Through his position on the board of the Cowlitz 911 Public Authority, he helped oversee the agency’s move away from direct county management and the groundbreaking earlier this year on a new emergency services center. He also has been involved for years with road improvements and maintenance throughout the city.

One of Makinster’s biggest moments in the campaign so far was a speech to the Longview Rotary Club in August. Makinster said he regretted giving the impression he didn’t care about the homeless residents during that forum.

He previously served two years on the City Council’s subcommittee on homelessness, where he pushed for the county to take a larger role and grew frustrated with the slow rate of change. While Makinster has some misgivings about the hosted campsite approach, he said he trusts the councilmembers now serving on the subcommittee to find the best approach.

“I’m not sure if it’s the city’s job to get into social programs, but we’re moving that way right now. If we do it, I hope we get it right,” Makinster said.

The final results of the November elections were certified Tuesday by the Cowlitz County Canvassing Board.

In their first meeting in more than a month, the Cowlitz County commissioners Tuesday approved a 2021 budget amendment including unexpected ch…

Next year’s Kelso City Council will bear some striking similarities to how it looked three years ago and could see a matching shift in its actions.

In the first three months the Longview Police Department has had a behavioral health team, the counselors have answered nearly 200 calls from …

Ann Rivers has been chipping away at the big improvements she wants to see in Longview.

Gov. Jay Inslee will have one month to choose among three nominees for the vacant Cowlitz County Commissioner District 3 seat after the two co…

Amtrak, bridges and culverts: The ABCs of infrastructure impacts for Cowlitz County

The impacts of the trillion-dollar infrastructure package passed by Congress last week will take time to be felt in Cowlitz County.

Two actions by the Longview City Council Thursday night shaped how the city’s budget will look next year. 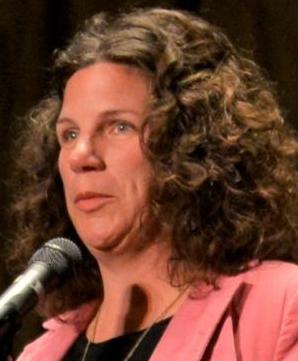 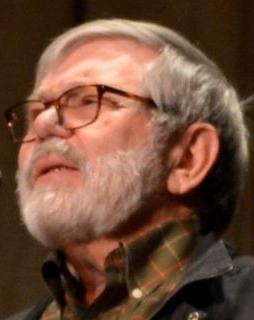