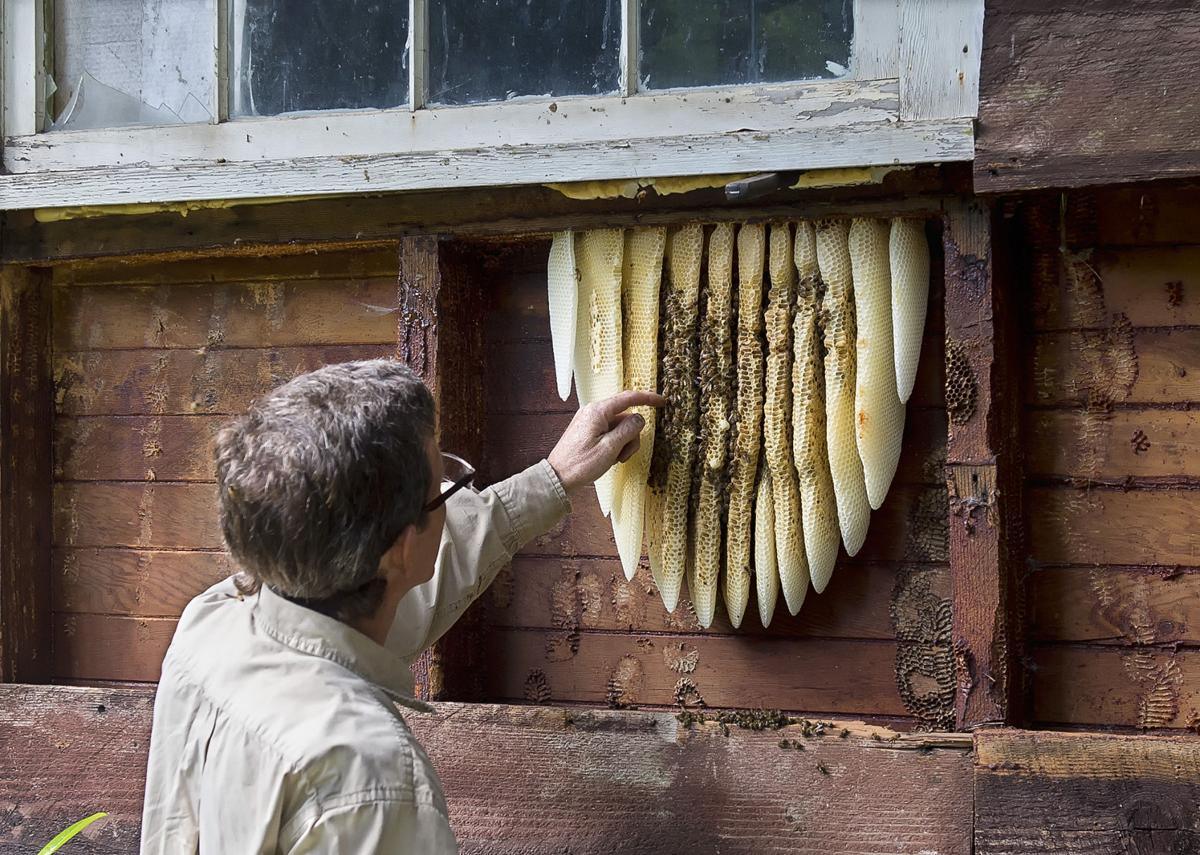 Beekeeper Robert Norris examines a bee colony in the wall of an old cabin on Kalama River Road in June 2017. 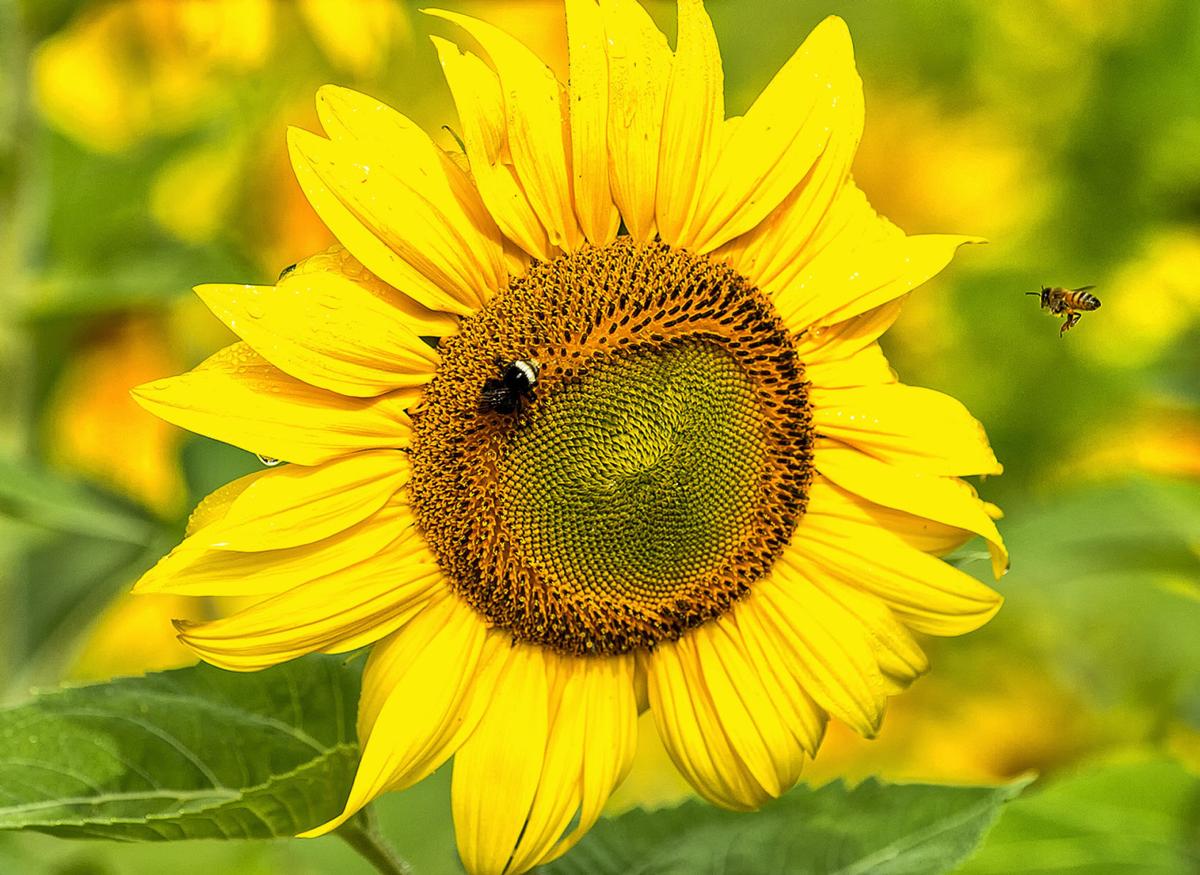 A bumble bee and honey bee fly around a sunflower patch in August 2017 at a residence along State Route 4 west of Skamokawa.

Kalama residents may soon be able to keep bees near their homes after the City Council on Thursday directed staff to put together an ordinance regulating the activity.

In late March, the Cowlitz Beekeepers Association requested the city change its ordinance banning beekeeping inside city limits to allow more people to enjoy the activity, according to the group’s proposal.

The proposal states the bees would benefit the community by providing pollination, educational opportunities and local honey.

Association Vice President John Holmes, a Kalama resident who lives outside the city limits, wrote in the proposal he’s concerned about the current restrictions.

“Anticipated population growth and potential of expansion of Kalama’s city limits could further hinder beekeeping in our community,” Holmes wrote. “As a beekeeper for the past seven years, I would like to help provide the opportunity for citizens of Kalama to also enjoy the experience of beekeeping.”

When Amanda and Ailon Eastman moved to Kalama last year, they were surprised to learn of the beekeeping ban.

“We would like to continue to keep honeybees, we have always kept bees by our house,” Eastman wrote. “We enjoy taking care of them and think of them as harmless and beautiful, helping the trees and flowers around us. We hope the ordinance can be changed to allow people to keep bees by their homes.”

City Clerk/Treasurer Coni McMaster said past City Council members likely banned beekeeping inside city limits because of the “killer bee” scare at the time that did not end up materializing.

The Kalama City Council on Thursday approved a preliminary plat application for a 45-lot subdivision on China Garden Road.

Other cities, including Longview and Kelso, allow beekeeping within city limits, according to the proposal. Most Washington cities don’t have beekeeping regulations, but some have specific ordinances.

The state requires beekeepers register hives with the Department of Agriculture each year so almost all ordinances include this requirement, according to the proposal.

Most regulations relate to limiting the chances of an accidental human-bee encounter, including limiting hives based on lot size, requiring a setback, establishing flyway requirements and maintaining a water source near the hive.

Eastman told the council some ordinances require hive entrances to face away from public pathways to prevent bees’ flight patterns from intersecting with people.

The council directed the staff to draft a beekeeping ordinance.

Eva B. Davis, a longtime Longview resident known best as the “honey lady” at the Cowlitz County Farmers Market, died this month at age 92.

Beekeeper Robert Norris examines a bee colony in the wall of an old cabin on Kalama River Road in June 2017.

A bumble bee and honey bee fly around a sunflower patch in August 2017 at a residence along State Route 4 west of Skamokawa.