Spencer Boudreau, 21, is running against Tom Lee, 30, for position 7 on the City Council. Boudreau is a lifelong resident of Longview who emphasizes the experience he’s acquired campaigning on local issues. Lee is an attorney who moved back to Longview last year and said he wants to use his legal experience to improve his hometown.

The winner of their race will take over the seat currently held by Steve Moon, who chose not to seek re-election.

While Boudreau and Lee split on their approaches to many issues, they overlap on others. The two are optimistic about the potential for business development going forward in Longview, saying the city has the location and infrastructure to continue attracting businesses.

Both feel the Longview City Council should avoid following Kelso and Woodland in challenging the state’s COVID-19 vaccine mandates or mask mandates. Of the candidates, Boudreau is more sympathetic to the voices opposing the mandates, but said that city councilmembers should stay out of questions about state mandates.

Ballots for the November election have been mailed out to registered voters in Longview and are due on Election Day, Nov. 2.

The 21-year-old is no stranger to Longview’s political scene. Boudreau ran for a City Council seat two years ago. Even before that, he described himself as an activist who attended school board meetings beginning in middle school and city council meetings at age 16.

“I have the actual on-the-street perspective of being involved in the process, talking to our voters and constituents constantly for five years. People can chalk up attending council meetings as a pastime, but that’s on-the-job experience,” Boudreau said.

Those voter conversations have been the major focus of Boudreau’s campaign this year. He and a team of campaign volunteers have knocked on more than 6,000 doors across Longview this year and he hopes to reach 7,000 homes by the end of the campaign.

When he has the conversations on doorsteps, Boudreau asks residents to rank the biggest issues they see in Longview. According to him, homelessness has emerged as the most common top concern.

Compared to issues like water quality or housing affordability, the focus on the small homeless population may seem outsized. Boudreau feels the issue had been prioritized because many residents were unhappy with anything the city council had done to address it over several years.

“We’ve spent five years talking about 300 people who are already addicted to drugs, who are already mentally ill, when we should have been focusing efforts on preventing it at the root cause,” Boudreau said.

To Boudreau, the root cause means pressuring legislators and state agencies to fund local treatment beds and transitional housing to get people off the streets. He feels the city should look at the approach taken by Marysville, which combines social worker outreach to homeless residents interested in service programs and a strict police enforcement of anti-camping rules for residents who remain on the streets.

Boudreau’s approach to several major issues boils down to local control and looser regulations. When it comes to housing affordability, he focuses on cutting red tape and fees that could drive away new developers. Attracting new businesses would rely on the same approach, along with a more active stance in challenging opponents of projects like the NW Innovation Works methanol plant.

The hyper-local focus also applies to issues within Longview. Boudreau has been the chairman of the city’s Parks Advisory Board for two years. He said the concerns he hears from local residents about accessibility, sidewalk maintenance and streetlights are the kinds of issues the city government should focus on.

“I think that, moving forward, we need to have a more proactive approach of going into neighborhoods and saying ‘What’s your issue in this neighborhood?’ “ Boudreau said.

Lee’s parents were public school teachers who moved to Longview in the mid-1980s. He grew up near Lake Sacajawea Park. After high school, Lee went to Western Washington University and Willamette University College of Law before spending the last several years litigating in the Tri-Cities area.

Part of that legal experience involved working with city governments. Lee spent time working at the law firm that served as the city attorneys for Pasco, Benton City and Sunnyside in Washington state. While Lee had not been the primary lawyer for any of the cities, he said he still gained valuable experience in balancing the opinions and priorities of city councilmembers, city employees and city residents.

“One of the hardest things you learn as a business attorney early on is you can’t say no,” Lee said. “You have to figure out how to make it work and save your no’s for the fights that really matter.”

Lee feels that deal-making background is well-suited to working on the homelessness issue. He believes the city’s plan to work with the county on a hosted campsite was a smart approach to mitigating the crisis and positions himself as someone who could achieve compromise between opposing views within Longview and Cowlitz County.

Lee had a similarly pragmatic approach to economic development. argued that the city council’s role was primarily as a “bully pulpit,” being vocal about the benefits and incentives Longview could provide. said that major developments like the proposed methanol plant were important but should not be the sole focus of the city council.

“I just caution that... we should not put all our eggs in one basket about gambling on large industrial projects because there’s so much more this community has to offer,” Lee said.

Lee pointed to the growing number of restaurants and breweries that had opened in Longview over the last decade as a promising sign for the local economy.

Lee wasn’t surprised that he and Boudreau ended up in the race to replace Moon, or in the attention the race has attracted. Lee has been nearly as devoted to attending city council meetings and workshops over the last four months as Boudreau. He has also put several thousand dollars of his own money into the campaign.

The final results of the November elections were certified Tuesday by the Cowlitz County Canvassing Board.

In their first meeting in more than a month, the Cowlitz County commissioners Tuesday approved a 2021 budget amendment including unexpected ch…

Next year’s Kelso City Council will bear some striking similarities to how it looked three years ago and could see a matching shift in its actions.

In the first three months the Longview Police Department has had a behavioral health team, the counselors have answered nearly 200 calls from …

Ann Rivers has been chipping away at the big improvements she wants to see in Longview.

Gov. Jay Inslee will have one month to choose among three nominees for the vacant Cowlitz County Commissioner District 3 seat after the two co…

Amtrak, bridges and culverts: The ABCs of infrastructure impacts for Cowlitz County

The impacts of the trillion-dollar infrastructure package passed by Congress last week will take time to be felt in Cowlitz County.

Two actions by the Longview City Council Thursday night shaped how the city’s budget will look next year.

The Sun may be Earth's mysterious extraterrestrial water source

The Sun may be Earth's mysterious extraterrestrial water source 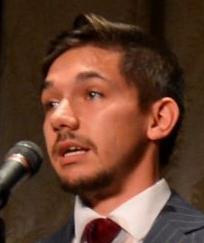 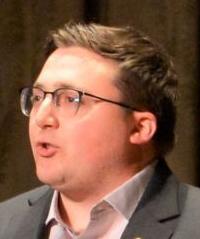