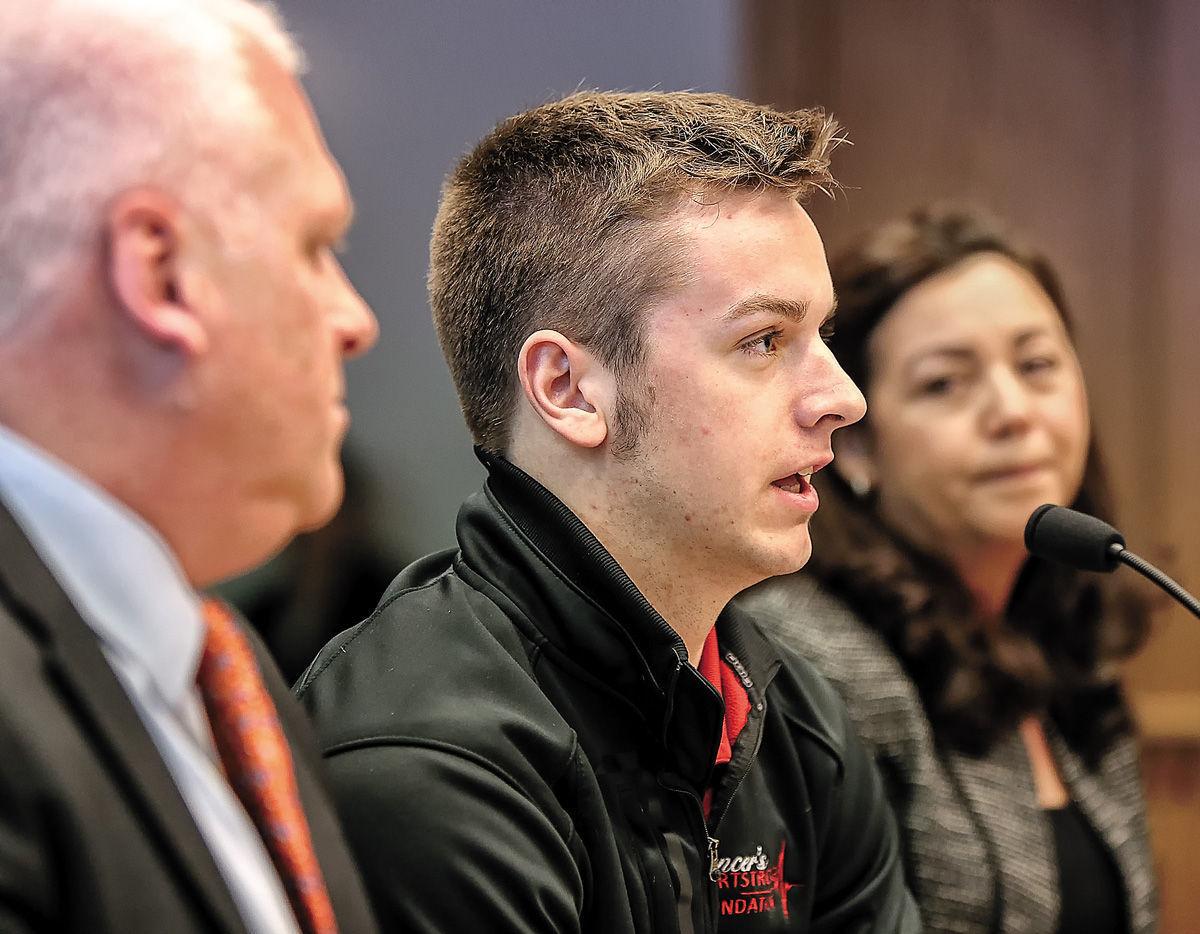 Spencer Best, center, of Longview, testifies before the Washington Senate Early Learning and K-12 Education Committee about the Sudden Cardiac Awareness Act in January. He survived a heart attack while at sports practice. Flanking Best are Scott Driscoll and Melinda Truax, who lost children in similar cases. 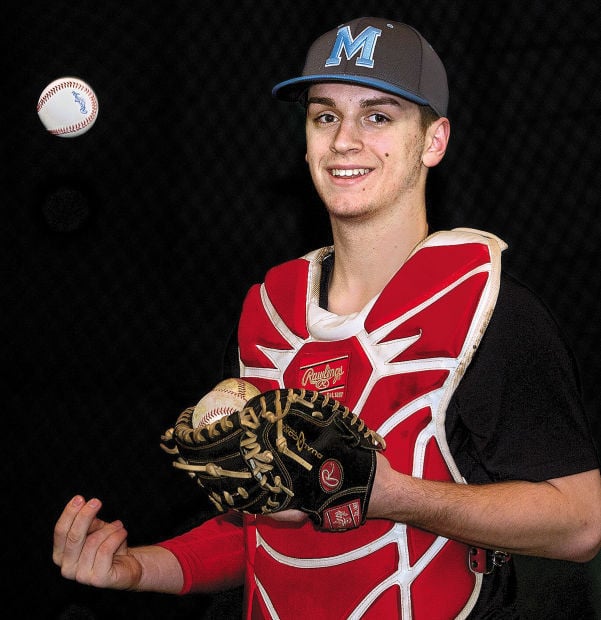 Gov. Jay Inslee on Friday signed Senate Bill 5083, which will require public schools to educate teen athletes and their parents about sudden cardiac arrest and its warning signs.

Mark Morris High School senior Spencer Best, who testified for the bill in January, said he hopes the new law will inform more students about teen cardiac arrest, just as the Zackery Lystedt Law did for concussions in youth sports.

“Concussions are pretty well known in high school sports. We’re trying to get sudden cardiac arrest awareness the same kind of attention,” Best, 18, said Monday. “We’re really excited. This (law) is a baseline we can work off.”

About 300,000 Americans, mostly adults, die each year of sudden cardiac arrest, which occurs when blood flowing to a portion of the heart is blocked, according to the Sudden Cardiac Arrest Foundation. Cardiac arrests rarely occur in teens, but teen athletes with hidden heart problems are more vulnerable.

Best was one of the rare survival cases. He collapsed during basketball practice during his sophomore year and was revived almost immediately, with his coach and a parent using CPR and a heart defibrillator.

Since then, Best and his family have tried raising awareness locally with Spencer’s HeartStrong Foundation.

The foundation has detected underlying heart conditions in at least nine teens at their annual teen heart screenings. It also has raised more than $40,000 to place defibrillators in schools across Cowlitz County.

The new law will make education about the issue nearly mandatory, with districts providing online pamphlets with information about sudden cardiac arrest to student athletes, their parents and coaches. School districts also would have to hold informational meetings for students, parents, coaches, athletic trainers and school officials at the beginning of each school year.

Coaches also will have to complete an online prevention program and be recertified every three years.

“We’ll be saving lives instead of seeing the sad stories (in the news),” he said.

Earlier in June, a piece of equipment experienced a failure with an electrical transformer. The failed piece of equipment is in the process of being repaired at an off-site location due to the nature of the damage, the Oregon Department of Emergency Management said, and anticipates the plant being offline until the end of June at a minimum.

Spencer Best, center, of Longview, testifies before the Washington Senate Early Learning and K-12 Education Committee about the Sudden Cardiac Awareness Act in January. He survived a heart attack while at sports practice. Flanking Best are Scott Driscoll and Melinda Truax, who lost children in similar cases.