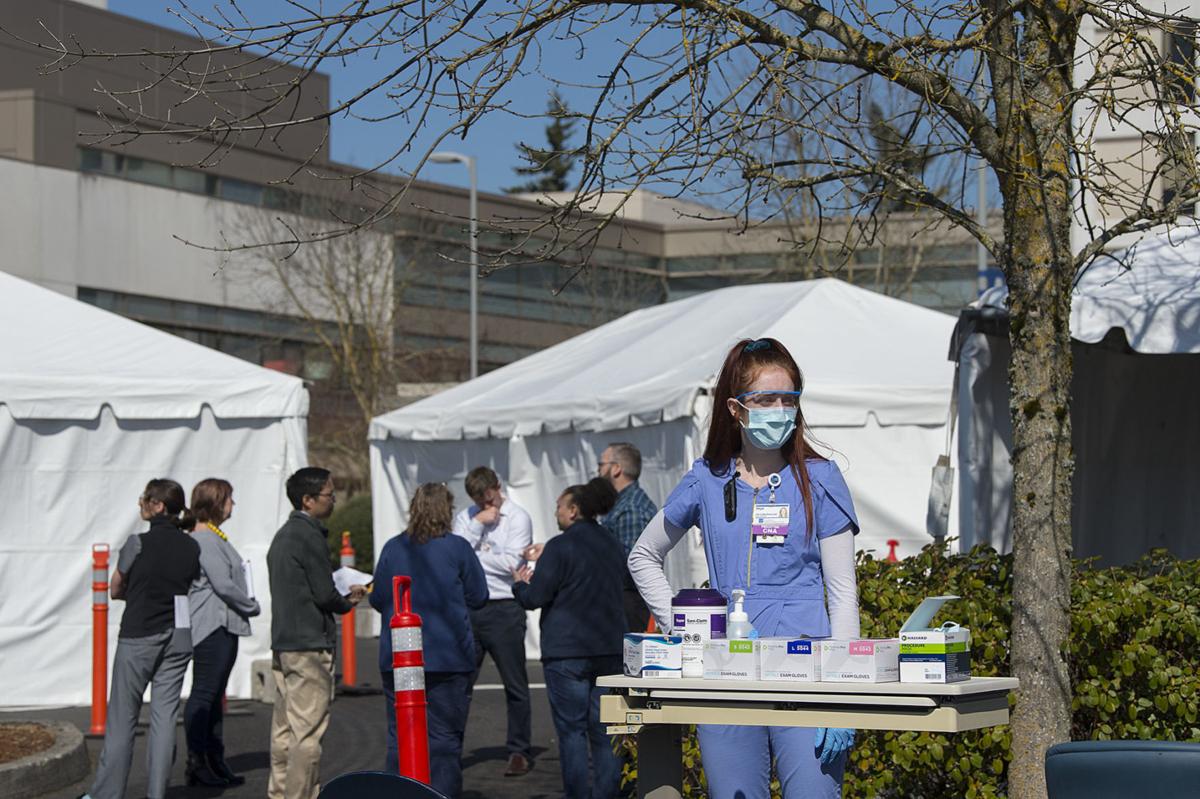 The number of confirmed COVID-19 cases in Cowlitz County increased by four Thursday morning, making a total of seven, according to the county health department.

Two of the patients, a man and a woman their 70s, are at PeaceHealth St. John Medical Center in “satisfactory condition,” according to the hospital and health department.

Health and Human Services will identify and monitor the close contacts of the confirmed cases. Those contacts are instructed to stay home for 14 days after their last contact with the positive case, the agency announced.

The new cases followed nearly a two-day hiatus in new cases for the county, which announced the first case Friday and the second and third cases on Monday.

Even though Cowlitz County’s COVID-19 case count remains low, PeaceHealth St. John is looking for places to house out-of-town employees to work long shifts and sleep near the hospital should the need for additional medical personnel arise here, said Randy Querin, PeaceHealth spokesman. The plan is in the “exploration phase” at this time, he said.

“We are hoping that the need will not reach that level locally but must prepare for every possibility,” he said Thursday morning.

St. John has also ordered tents to set up on the lakeside of the hospital to triage patients with COVID-19 symptoms away from other emergency department patients, Querin said. The hospital is “in the queue” for the tents and equipment but its unclear when it will arrive, he said.

St. John on Friday began curbside pickup for its pharmacy customers, Querin said. Patients can call ahead, pull up outside the hospital entrance on Delaware Street and staff will bring their prescriptions to them.

“We’re doing everything possible to keep people outside our doors unless they really have to come in,” he said.

Wednesday, Lewis County Public Health & Social Services announced that three more county residents — one in their 30s, one on their 50s, and one in their 80s — have tested positive for COVID-19. All are undergoing medical care, and contact investigations have begun to identify others who may have been exposed, according to the the agency.

Health officials say that while they understand people’s concern, they are prevented by law from divulging personal information such as who the person is or where they live, other than in Lewis County. If people practice social distancing, officials say, they dramatically reduce their risk of getting the disease from anyone, no matter who it is.

The number of coronavirus cases in Washington now stands at more than 3,200, with 147 deaths as of Thursday. That’s up from 2,600 cases and 132 deaths on Wednesday. However, that was health officials’ “best estimate” of case counts because a technical error prevented the number from updating regularly, according to the state Department of Health.

So far no cases have been reported in Wahkiakum or Pacific counties, but Clark County had 48 cases and five deaths reported as of Thursday.