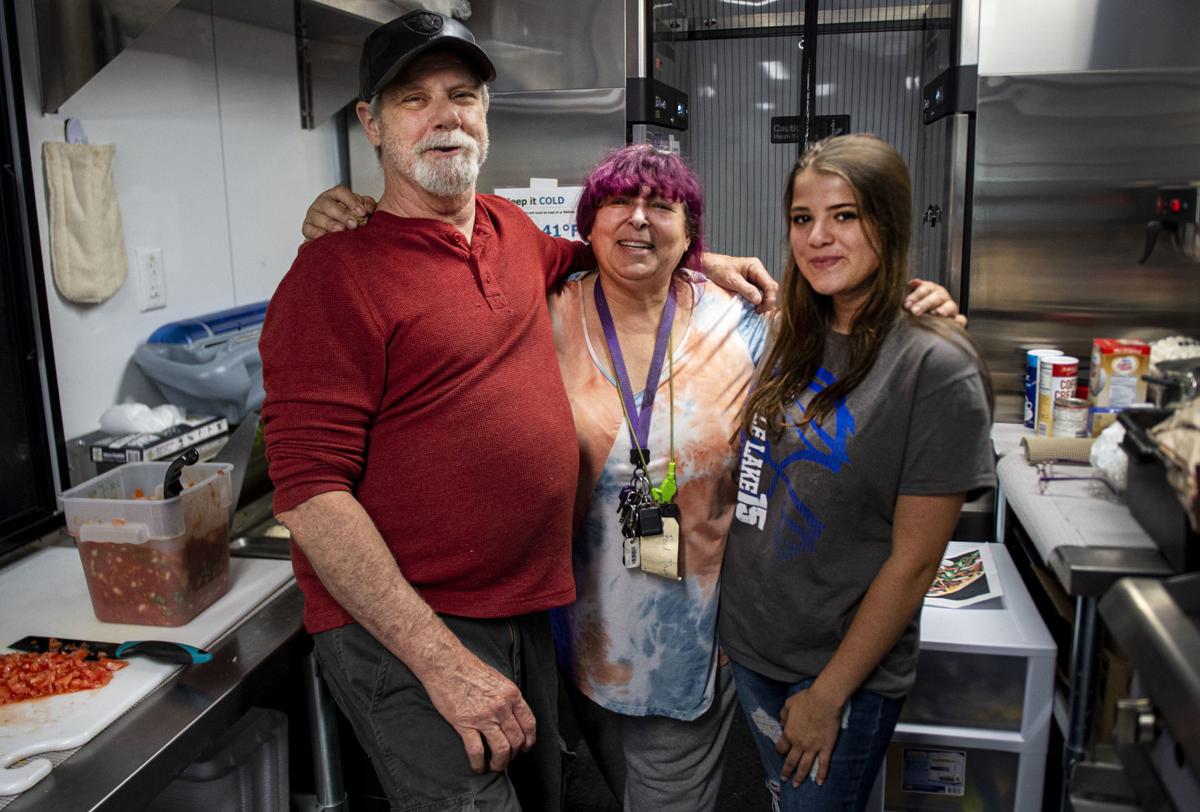 Fatty Caddy's Mobile Cuisine chef Tina Polito, center, stands with her staff, cook Robert Miner, left, and concession worker Elizabeth White, right, inside the food truck as they prepare for one of their first big events at Spirit Peaks Raceway in Toutle. 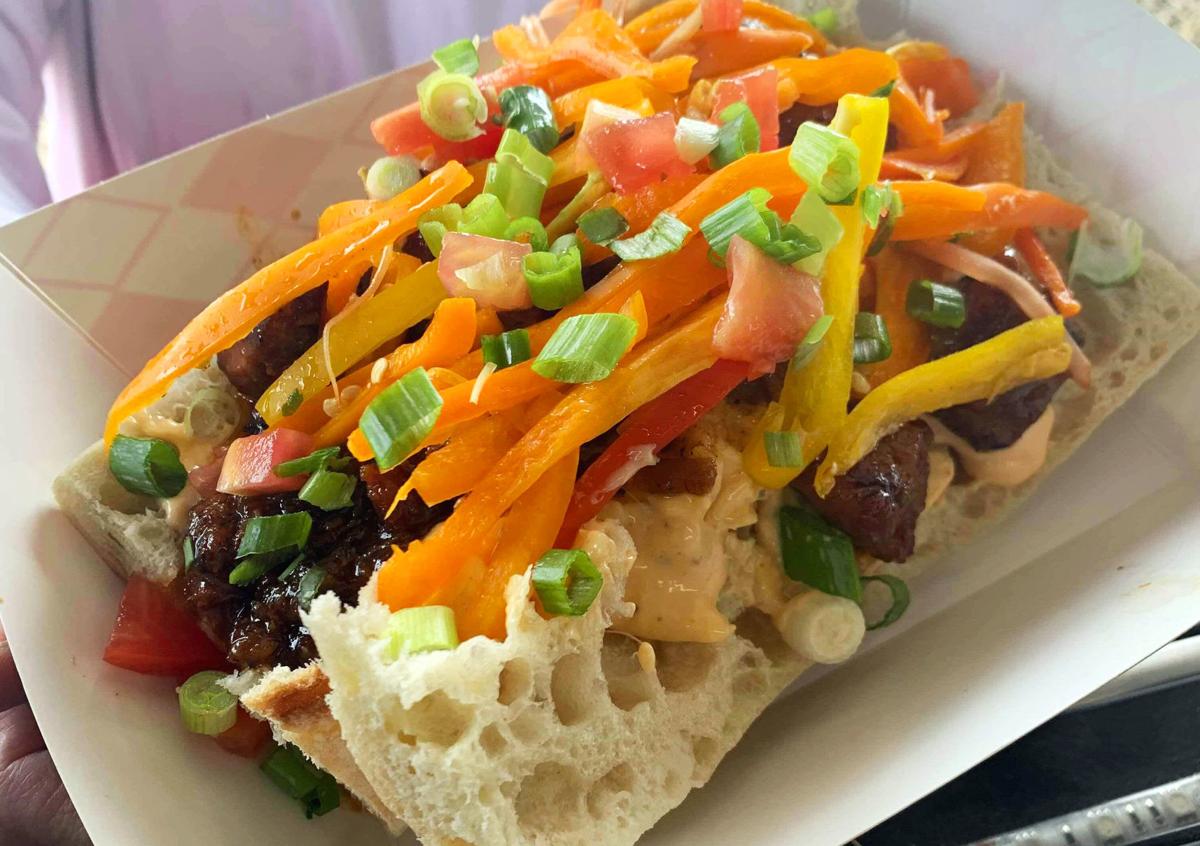 Polito first opened the food trailer in April but had to close after a couple of weeks for repairs. Fatty Caddy’s reopened last weekend.

This summer, Fatty Caddy’s will be parked at the Mount St. Helens Visitor Center at Silver Lake when not at events or catering jobs. Polito said she will also periodically open up at Willow Grove Park at the Port of Longview.

Fatty Caddy’s will also operate the concessions stand at the visitor center and stock it with food when the trailer is not there, she said.

Polito, 60, trained as a gourmet chef and said cooking has always been part of her life. Although she grew up working in Italian restaurants, Polito said she likes cooking food that is a fusion of cultures.

“I’m not a menu follower,” she said. “I like creating my own thing.”

Fatty Caddy’s menu frequently changes, offering sandwiches, tacos, gyros, Korean barbecue and more. Polito said many food trucks specialize in one thing, but she wanted to be unique and change the menu as she chooses. The food is what customers would see in bigger cities, Polito said.

“I wanted to bring something new to the area and try to satisfy everyone’s taste,” she said. “Right now, there’s a need in this area for non-burgers and fries.”

But Polito said she does have one burger on her menu — the “Cuz Burger, because you need one good burger on your menu.”

After more than 15 years as a chef in Alaska and another handful running the food program for the Royal School District in Royal City, Wash., Polito said she wanted to open the food trailer to leave something for her children and grandchildren.

Because brick and mortar restaurants are tough businesses to operate, Polito settled on a food truck. She said she researched food trucks but didn’t anticipate how difficult it would be to open one in Cowlitz County.

“After I started, I realized why there aren’t any food trucks here,” she said.

Polito said she worked with the county Health Department and state Department of Labor and Industries to get her necessary permits rather than working against them.

After getting all that done, Polito said she bought a “lemon.” The trailer, which she purchased from a Georgia manufacturer, came with a lot of problems, including a leaky roof and disconnected brakes.

After getting the trailer back at the end of June, Fatty Caddy’s kicked off its reopening at the Spirit Peaks Raceway in Toutle last weekend.

Polito said she eventually wants to operate two or three food trucks and be able to serve employees at some of the area’s industrial businesses.

The motto of Fatty Caddy’s is “Feeding it forward one meal at a time,” Polito said. The business will donate leftover food at the end of the day.

Polito said she plans to do fundraisers using the revenue from the daily special, and will draw customers names at the end of the day and let them pick which charity they want to donate to.

“It gives people an opportunity to give back,” she said.

Starbucks Coffee at Ninth Avenue and Washington Way is holding a grand opening from 11 a.m. to 1 p.m. on Sunday. Longview firefighters and local military members will be there and the event will include live music and kids’ activities.

Address: Location varies. During the summer will be stationed at the Mount St. Helens Visitor Center, 3029 Spirit Lake Memorial Highway, in Castle Rock when not at other events or at Willow Grove Park, 7235 Willow Grove Road, in Longview.

Fatty Caddy's Mobile Cuisine chef Tina Polito, center, stands with her staff, cook Robert Miner, left, and concession worker Elizabeth White, right, inside the food truck as they prepare for one of their first big events at Spirit Peaks Raceway in Toutle.