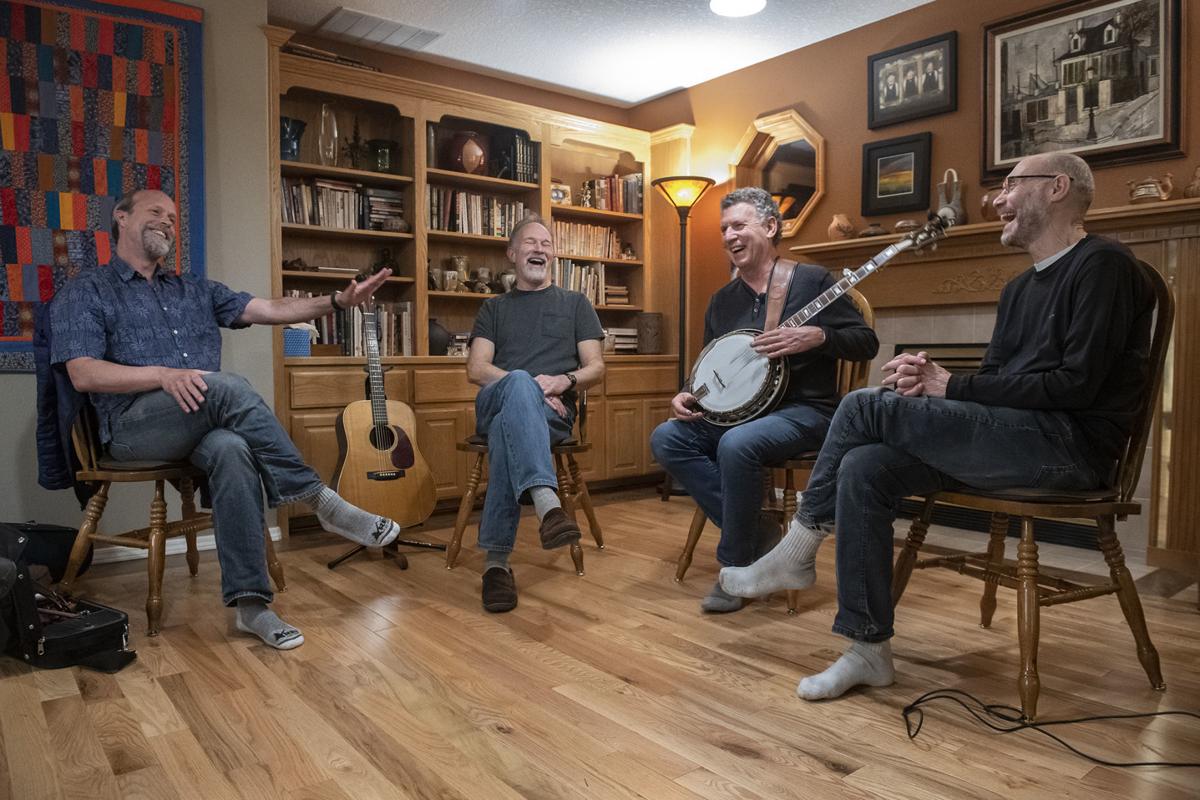 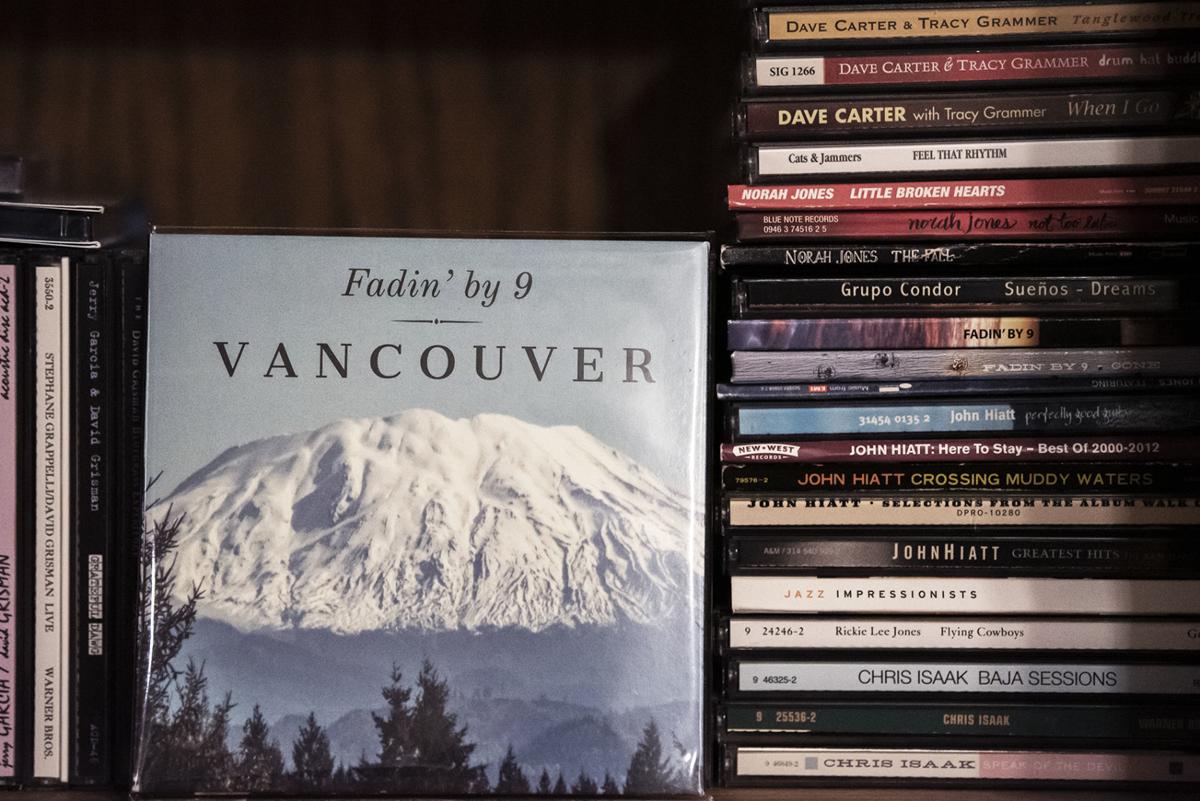 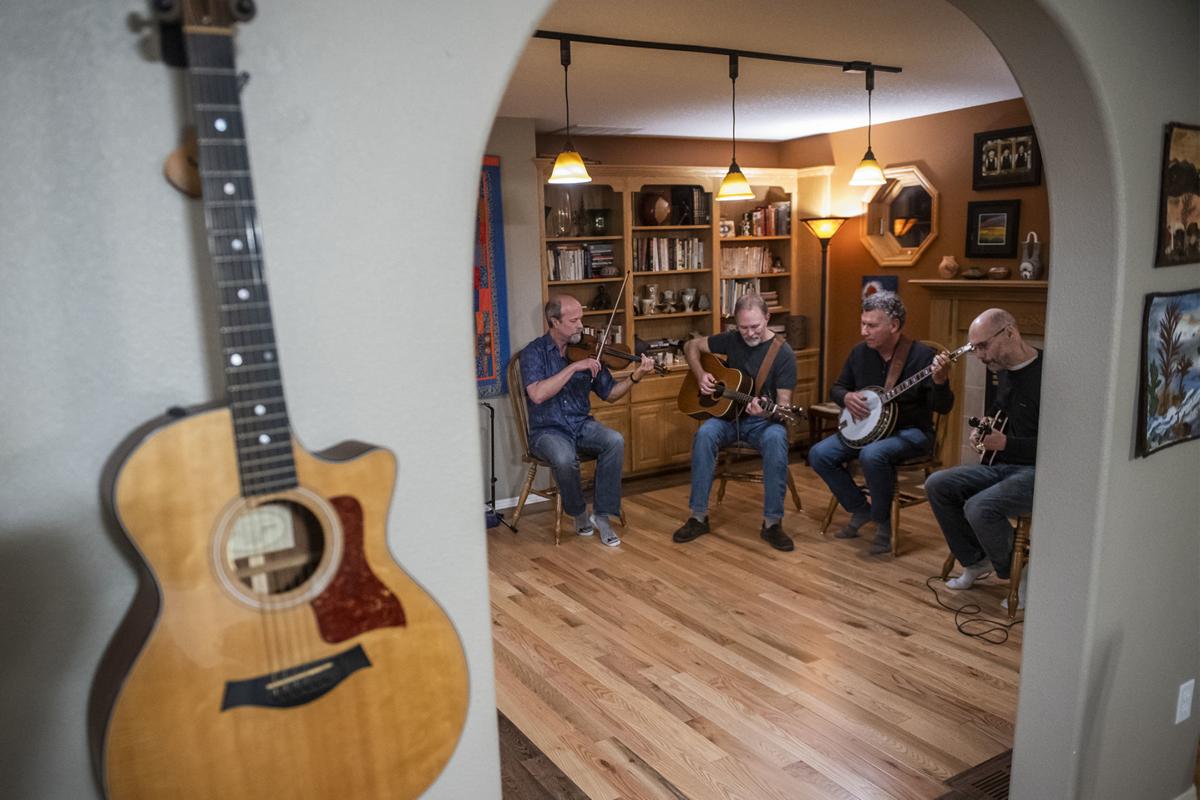 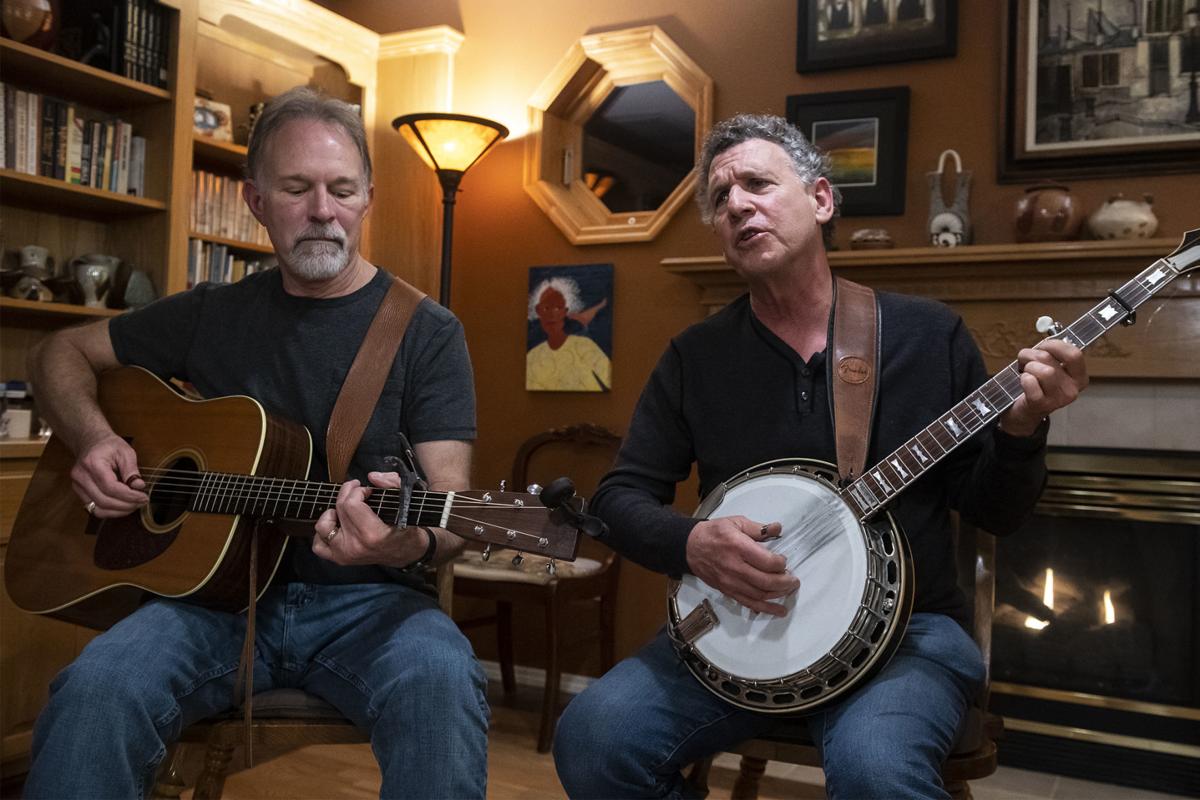 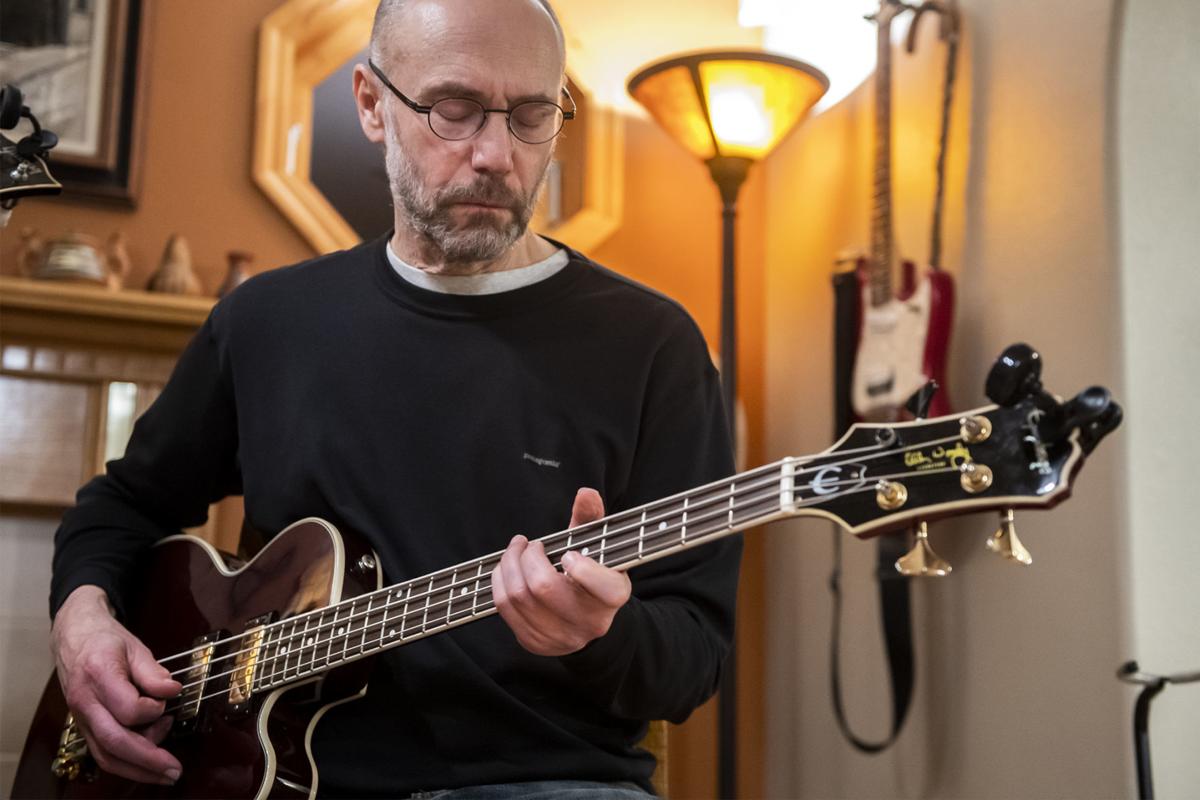 The most famous phrase that’s ever been uttered about Mount St. Helens — a volcanologist’s cry of shock and warning — has been set to haunting music by a fellow scientist who feels the tale deeply.

Seth Moran’s original song, “Vancouver, Vancouver,” tells the story of the volcano’s May 1980 eruption in classic folk-song style. The tune bursts into mournful minor-key harmonies when voicing David Johnston’s now-legendary radio alert, just before he was killed in the blast while on a ridge that today bears his name: “Vancouver, this is it!”

The somber ballad provides the title for the third CD release by Moran’s earthy band, Fadin’ by 9. The quartet will host a CD release party Saturday at Magenta Theater in downtown Vancouver.

“I walk by David’s picture every day,” said Moran, the scientist-in-charge at what’s been named the David A. Johnston Cascades Volcano Observatory in east Vancouver.

Moran said he can’t help contemplating what it must have felt like for Johnston to get caught in the cataclysm and realize the end was nigh. Johnston had said he was frightened of the volcano, but he stayed on watch while sending others out of the danger zone. His body never was found.

He died doing what he loved, Moran mused, but he also must have been terrified as the black blast of steam, hot gases, boulders and ground-up trees shot toward him.

It wasn’t easy to put all that into music and lyrics, Moran said, and neither was packing modern terminology like “volcanologist” into an old-school disaster song. He said it took him two years to round out rhyming verses:

“For nine-and-fifty days, we watched her like a hawk.

Measured gasses in her crater, stood watches round the clock.

Her north flank was a-bulgin’, six feet every day.

We knew it wasn’t safe, but somebody had to stay.”

When Moran got stuck, a songwriter friend advised him to review another classic disaster song, Gordon Lightfoot’s 1976 hit “The Wreck of the Edmund Fitzgerald.” That example helped Moran settle on the simplest of refrains in his song, relying entirely on Johnston’s powerful final words.

“Vancouver, Vancouver” is the only original song in a diverse and unpredictable recording that ranges from Americana favorites like “Old Joe Clark” and “Wayfaring Strangers” to covers of Bob Dylan, Lyle Lovett and even stylish 1980s rocker Robert Palmer. Don’t miss the straight-faced run at “Secret Agent Man,” the tensely campy 1960s TV theme.

It’s all delivered in a style that’s almost, but not quite, traditional bluegrass. A more accurate term would be “bluegrass-ish,” the band agreed.

The members of Fadin’ by 9 are all veterans of many bands and styles of playing.

Guitarist Dave Irwin said he grew up wanting to be the fifth Beatle, but his parents found rock ‘n’ roll “loud and long-haired,” so they encouraged him to explore folk music instead.

Irwin fell in love with the protest songs of folkies like Pete Seeger and Bob Dylan — who all “merged into folk-rock anyway,” he noted.

Ben Shafton used to play rock ‘n’ roll guitar, he said, until he sat in with a group missing a bass player and got drafted to take that job.

Banjo player Lapidus said he “grew up a Jewish kid in upstate New York, somehow falling in love with ‘Foggy Mountain Breakdown’” and other authentic country-bluegrass sounds not at all associated with that part of the world.

Moran may have had to make the biggest leap from musical training to current style. A student of classical violin, he always stuck to the score and never improvised a note, he said, until some grad school friends invited him to a jam session.

“There’s no written music and no rules,” he said, “but when it’s your turn you’ve got to do something.”

To this day, Moran said, people can hear the classical training in the bluegrass chops he’s worked to develop.

“It’s like growing up in a certain place. You’ve got an accent and it always reflects your origins,” he said.

It was an accidental meeting on the Salmon Creek Trail that sparked the band. That’s where work acquaintances Lapidus (the now-retired “singing principal” of Vancouver Public Schools) and Irwin (the “singing specialist,” a language and educational consultant) crossed paths and vowed to start making music together. They tapped their friend Shafton, a private attorney, to join them. Moran came aboard a few years later and “took it to a whole different level,” Lapidus said.

Back when they were building a repertoire, the band was “religious about Monday night rehearsals,” Irwin said. “That was guys’ night out.”

Except, those guys were also building professional careers and raising families. That’s what led to the band’s self-effacing name, they said: The players might well start losing their battles with exhaustion by 8:57 p.m. on a school night.

Nowadays, only Shafton and Moran are still working full time. The band plays about a dozen gigs per year at outdoor festivals, farmers markets, wineries and such. Fewer than about one gig per month wouldn’t be enough, they agreed.

“There’s something about being a group and creating something,” Lapidus said “You want to share it and you want to stay sharp.”

When the band’s rich, clean harmonies are soaring just right, he said, that’s a “peak moment” that really lifts his spirits.

“Those are moments that last a long time,” he said.

THANKSGIVEAWAY -- Enter our contest for your chance to win $5,000!