“I feel like I’ve just been walking around with two yardsticks in my hands,” said Robert Gray first-grade teacher Lisa Reid as she stood in her classroom full of labeled and arranged desks. “I’m trying to maximize the space.”

Reid separated the desks so all students could sit three feet apart, in accordance with COVID-19 state education guidelines.

The state adopted the framework outlined by the Centers for Disease Control and Prevention, which said students could safely sit three feet apart instead of six in the classroom. Districts have since worked to fit students back into classrooms for five-day, in-person learning. Grades K-5 in Longview will return full time Monday. The return of older students has been postponed until transmission in the area declines.

In Reid’s classroom, that means desks are placed in what used to be open space in front of the board, desks against bookcases and a system of where students sit while learning and where they can sit while eating.

Whenever masks are off, like at lunchtime, students need to be six feet apart. That’s made the return to class more challenging, and teachers have arranged systems of “eat spots” and “sit spots” in their rooms, said Robert Gray kindergarten teacher Jodi Hanson.

“This week we’ve been practicing going to your eat spot for lunch and then putting your mask back on and going to your sit spot,” she said.

Some students will eat lunch in other rooms, said Robert Gray Principal Lori Larson. Meeting rooms have been transformed into lunch spaces, and the rooms of teachers assigned to fully remote classes also will be used for lunches.

Part of the challenge of both lunchtime and class time is that each school — and each classroom — is different, said district spokesman Rick Parrish.

“You take out everything you possibly can and then put it back in like a game of dominoes,” Parrish said. “It’s problem solving room by room.”

While rooms will look different, the safety protocols will not. Robert Gray nurse Justyne Mullenix said students will still be screened when they get to school, and contract tracing protocol if there is a positive case will be the same.

Elementary schools are upgrading from hand-held thermometers to standalone temperature-checking kiosks, which Mullenix said will help with speed and accuracy.

As the district’s biggest elementary school, returning to full-time class means 400 students need to be checked in each morning.

“I’ve been testing the temp check stations with staff to see how quick it can go,” Mullenix said. “I’m excited.”

The in-building COVID-19 testing, which is voluntary and free for staff and students, has added “a great resource for families and staff,” Mullenix said.

Parrish said the district has administered about 80 tests through a new state program that pays for the testing. About half the number of tests were rapid tests and half were PCR tests, which take longer but are more accurate.

Parrish said some people have had both tests, and some have only had a rapid test. If a rapid test comes back positive, a PCR is administered to make sure it’s not a false positive.

“With our staff, we feel like it’s better to take the test to be safe, because we want everyone to be safe and healthy and working,” Mullenix said.

Reid and Hanson both are prepared for what they say feels like an April first day of school. They’ve got songs to remind children to put up their arms in “chicken wings” to stay three feet apart, revamped seating charts and adjusted their lessons.

“I’ve been teaching for 30 years so it’s going back to the beginning of the school year. New seating lists, new schedules on the board,” Hanson said. “It’s just a process and I’m glad we got today to get it all set up. “

Reid said she’s used the experience to demonstrate a growth mindset to her students.

“We’re all learning this year, I’m learning how to teach this way and how to transition in the middle of the year,” she said. “They know that the way we do things now might not work and might have to change.”

Hanson and Reid also are warning parents that by the end of the week, students likely will be exhausted after the excitement of being back in class with friends.

Reid is ready for the chaos and has planned a week with plenty of time to socialize and a lighter Friday afternoon in anticipation of worn-out first graders.

“I’m most excited for the energy they’re going to bring in here and all the pure joy,” Reid said.

Older students cannot be cohorted, so state guidelines direct the district to wait until case rates drop. Middle and high school students were originally set to be in-class four days a week next week.

The majority of Cowlitz County students will be back to school four or five days a week by end of this week.

Longview high school seniors will be back in class May 10

Longview had previously decided not to bring any middle or high school students out of hybrid, as local new cases rates have been above what the state health department recommends for in-person class for older students.

All Longview students to end the year in class; state says it will not add COVID-19 vaccine to required list yet

The district projects that by Wednesday the new case rate will drop below the 200 new cases per 100,000 people over two weeks.

When schools shut their doors in March 2020, health officials feared that reopening could create COVID-19 hotspots. After a year of data colle…

Hong Kong to euthanize at least 2,000 animals after 11 test positive for COVID-19

Fake COVID-19 Testing Sites Are Popping Up Amid Omicron Surge

Fake COVID-19 Testing Sites Are Popping Up Amid Omicron Surge 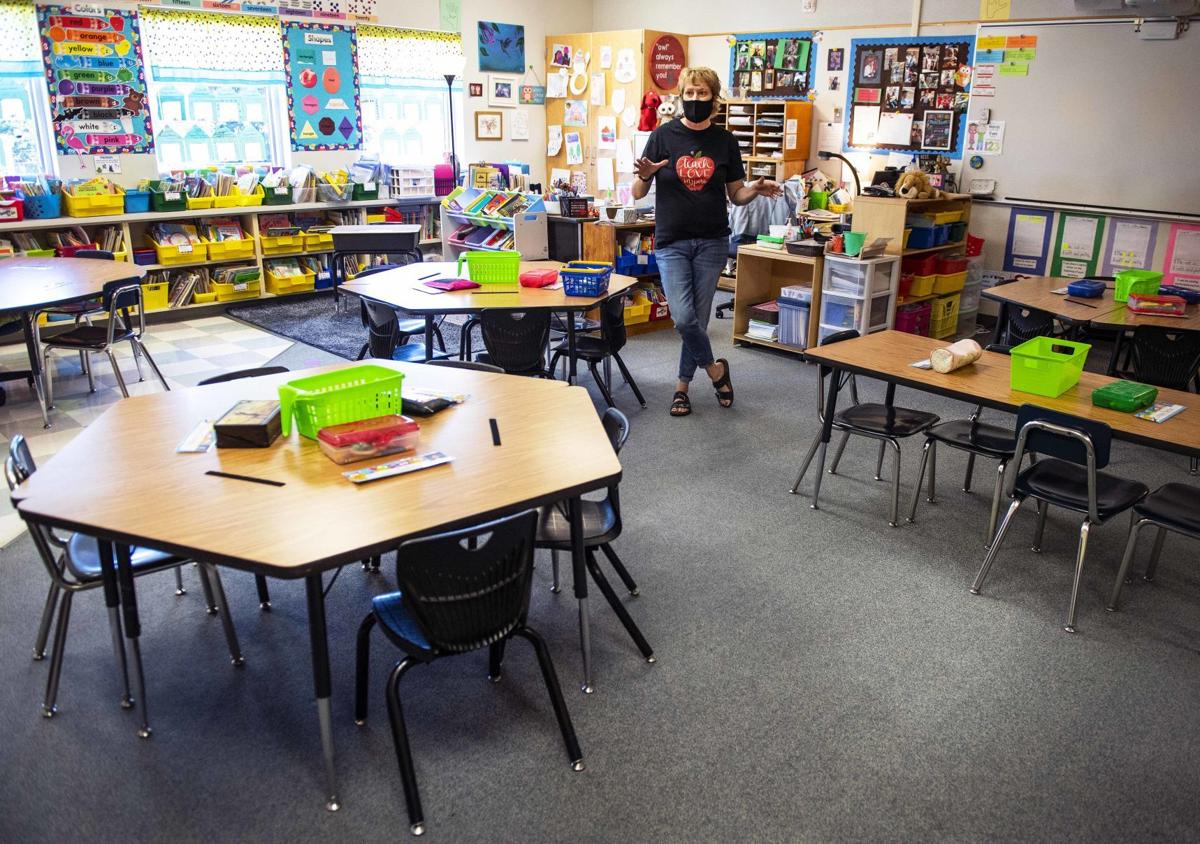 Kindergarten teacher Jodi Hanson talks about the challenges of rearranging classrooms for safe in-person learning in her classroom at Robert Gray Elementary School in Longview on Friday. 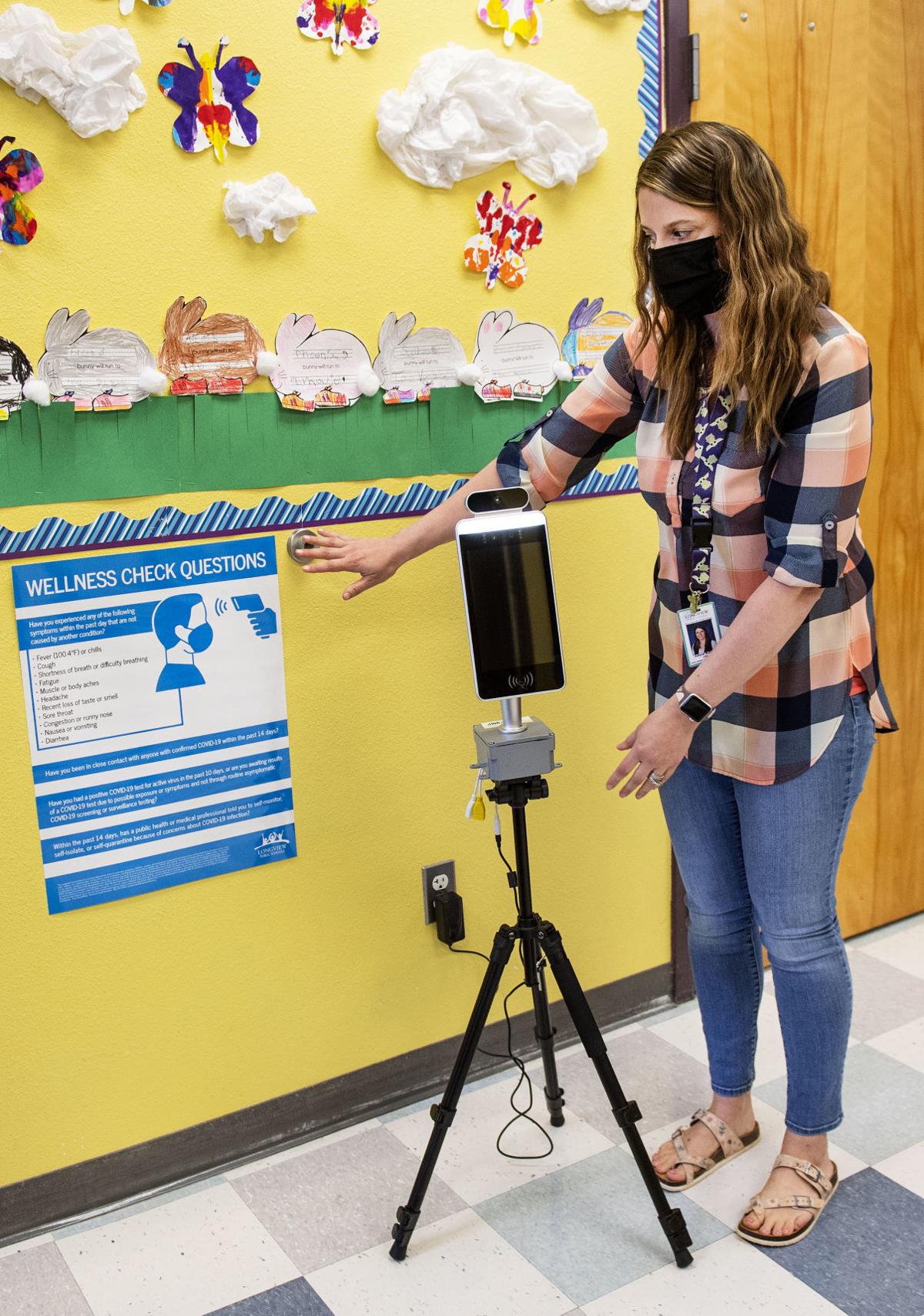 Nurse Justyne Mullenix explains the new wellness check station that will be at the Robert Gray Elementary School entrance when students return full time on Monday. Though the equipment was purchased for the return to in-person learning, Longview School District spokesperson Rick Parrish said it also will be used after the pandemic. 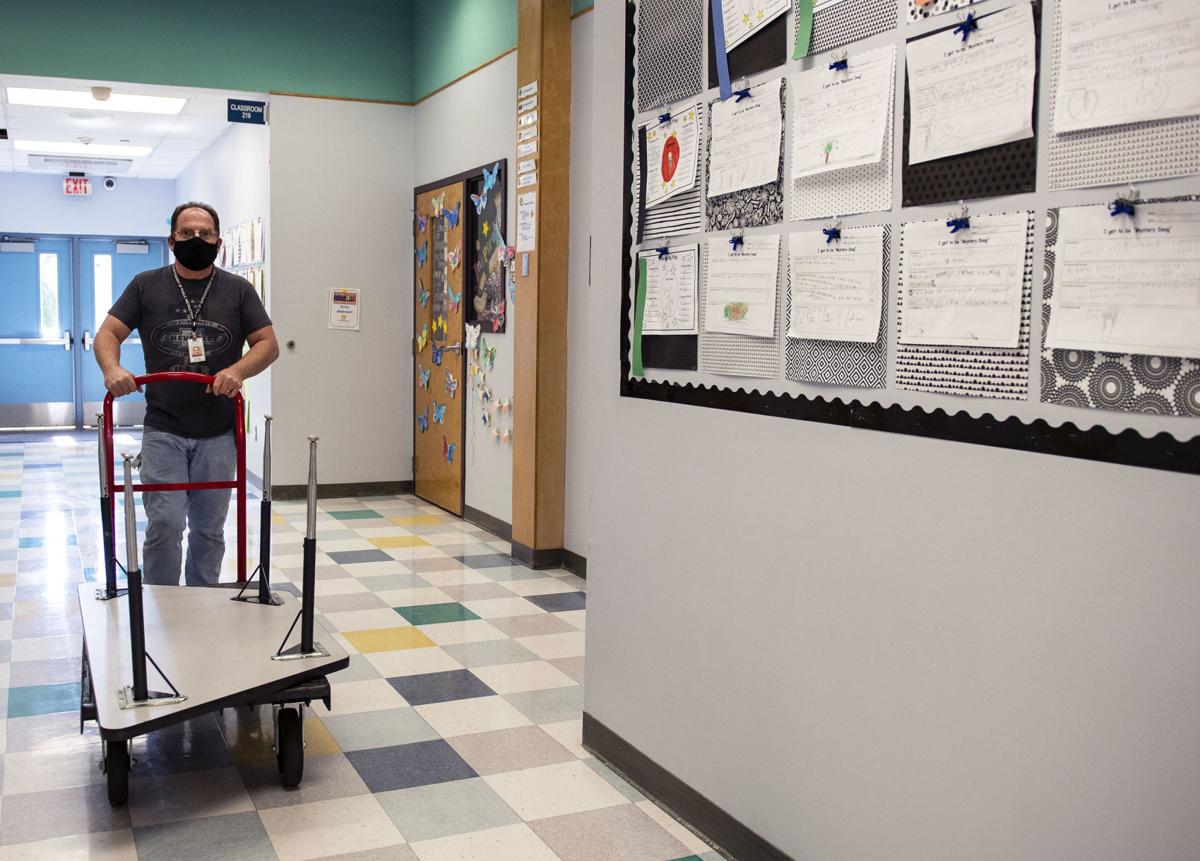 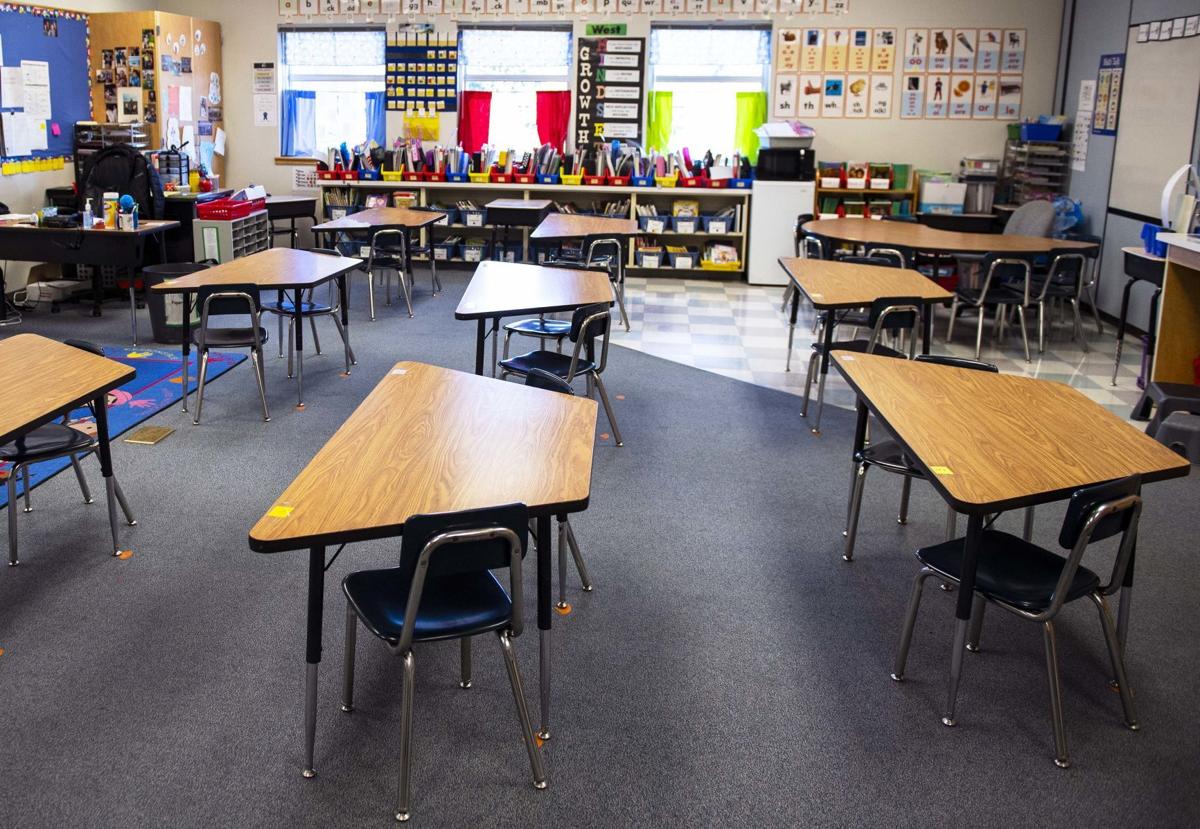 Desks and chairs are spaced according to the new Centers for Disease Control classroom guidelines, which allows for students to be three feet apart instead of the previous six feet, in a first-grade classroom at Robert Gray Elementary School.