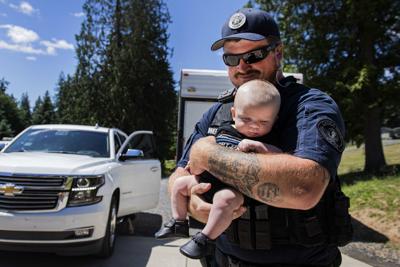 CASTLE ROCK — Kelli Zimmerman woke to her dog barking around 1 a.m. March 1. The pregnant mother of three checked a security camera app on her phone. A man in a chaplaincy jacket was standing on her front porch.

Her mind started to race: Was her husband dead?

A Cowlitz County police chaplain drove her to the hospital and assured Zimmerman her husband, who is a Castle Rock police officer, was wounded, but OK.

“I’m glad he was there with me,” she said. “I wouldn’t have wanted to find out any other way.”

When first responders suffer physical or mental injuries, chaplains are dispatched to help families handle emergencies. The Cowlitz Chaplaincy is a Longview-based religious nonprofit that provides services like counseling, therapy referrals and recovery plans to injured responders and their families.

Adrenaline masked the pain when the driver of a stolen van rammed into his patrol car twice Feb. 28, Bill Zimmerman said.

It wasn’t until he reached PeaceHealth St. John Medical Center that Bill Zimmerman discovered he had a concussion, and the lowest vertebrae in his neck was fractured.

He spent two days in the hospital and nearly two months in a neck brace. At first, he couldn’t stand up on his own from a chair, he said.

He couldn’t complete everyday tasks like driving, taking out the garbage and tucking his children into bed.

When his son Cole was born March 26, Bill Zimmerman snuck in cradles against doctors’ orders not to lift more than a few ounces.

Once Bill Zimmerman was home, 5-year-old Hudson wouldn’t leave his father’s side. He pretended to be sick to stay home from preschool to be with his dad.

The couple turned to the chaplaincy for counseling referrals for Hudson, as well as themselves.

Bill Zimmerman said he learned through counseling that he needed to be more open about his work with his family. He said he thought he was “protecting” them by limiting information, but “put up a wall” between them instead.

Kelli Zimmerman said she and her husband still attend sessions, but Hudson was able to work on his issues without treatment.

Chaplain Fields said he spends up to 25 hours a week counseling first responders and their families.

He said in Cowlitz County, only about two officers are severely physically injured a year, but the chaplaincy’s two staff members and five volunteers respond to emergencies from the county’s 18 emergency agencies 24/7.

Chaplains also are dispatched to help the families of civilians injured or killed, Fields said.

As of Wednesday, Fields had been on about six calls that week including an attempted suicide. Fields said chaplains help explain how emergency service providers are treating victims so staff can work.

Chaplains don’t preach to families, Fields said, but can connect them with their church.

He said first responders have a “very unique culture,” where employees see dozens of traumatic events a year and require therapists who can empathize with the high-stress duties.

About six months before his accident, Zimmerman helped pull two drowning victims from the Cowlitz River, one of whom did not survive.

He was on paid leave for nearly three months while he healed and an investigative team reviewed his decision to fire his gun at the suspect during the attack that wounded him.

At first, he said he feared another critical call, then that the time off may have slowed his responses.

“I’ve worked through that and feel 100% more motivated than before,” he said.

The driver of the stolen van, Dale E. Woodley, 41, of Longview, entered a guilty plea May 3 in Cowlitz County Superior Court to second-degree assault, attempting to elude a pursuing police vehicle, second-degree malicious mischief and possession of a stolen vehicle.

After he was hit, Bill Zimmerman fired a backup pistol at Woodley because “he feared further assault and danger to the public,” a local third-party investigative team found.

The investigation found Zimmerman’s use of force was justified.

A passenger in the vehicle, Timothy R. Bean, 33, of Longview, was charged with two counts of second-degree assault, theft of a motor vehicle, possession of a stolen vehicle, third-degree possession of stolen property, attempting to elude a police vehicle, second-degree malicious mischief and resisting arrest.

He is awaiting trial in Cowlitz County Superior Court.

CASTLE ROCK — For the first time, a smaller local police agency has joined the countywide SWAT team, which has historically been comprised of …

Three local police departments are hosting celebrations Tuesday as part of a national annual event to bring law enforcement and citizens together. 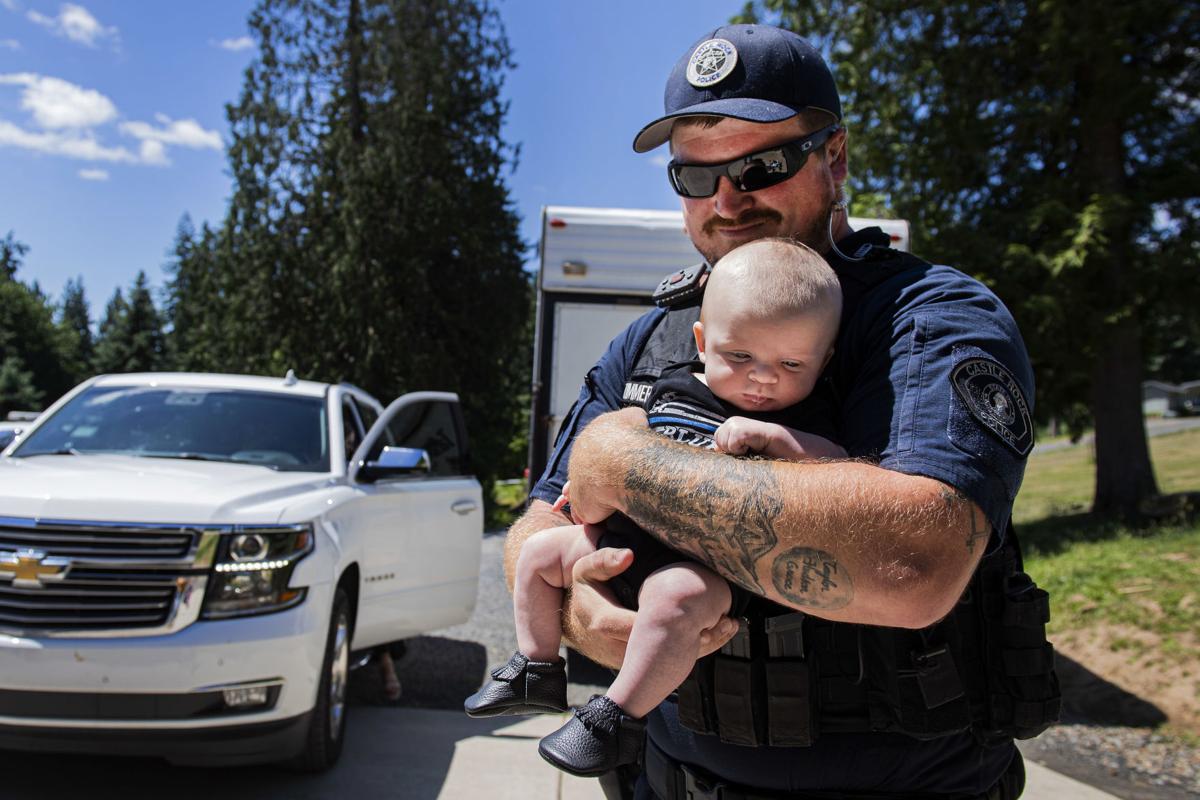 Castle Rock police officer Bill Zimmerman holds his 10-week son, Cole Zimmerman, who was born while Bill was recovering from a broken neck that occurred during an arrest in February. 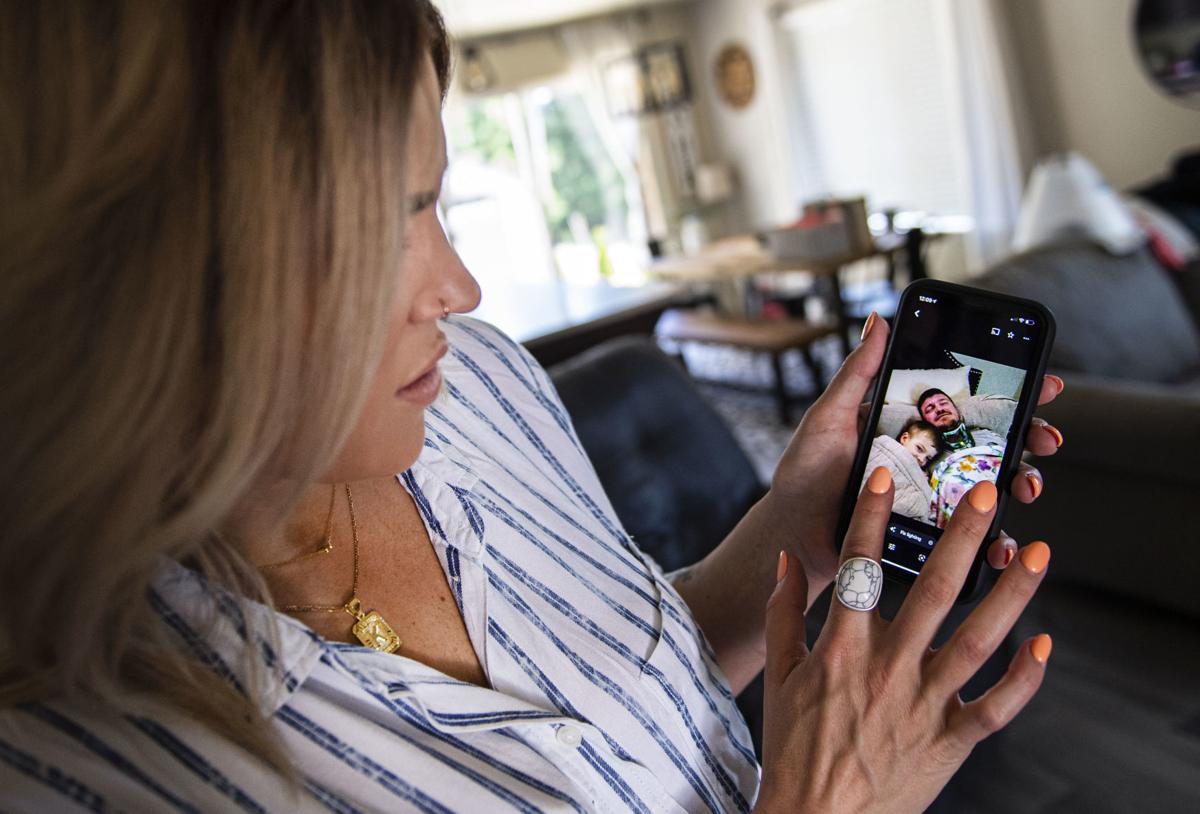 Kelli Zimmerman, wife of Castle Rock police officer Bill Zimmerman, looks at an image of their son, 5-year-old Hudson Zimmerman, with his Dad in a neck brace while Bill was healing from an on-duty injury in their family home on Friday. 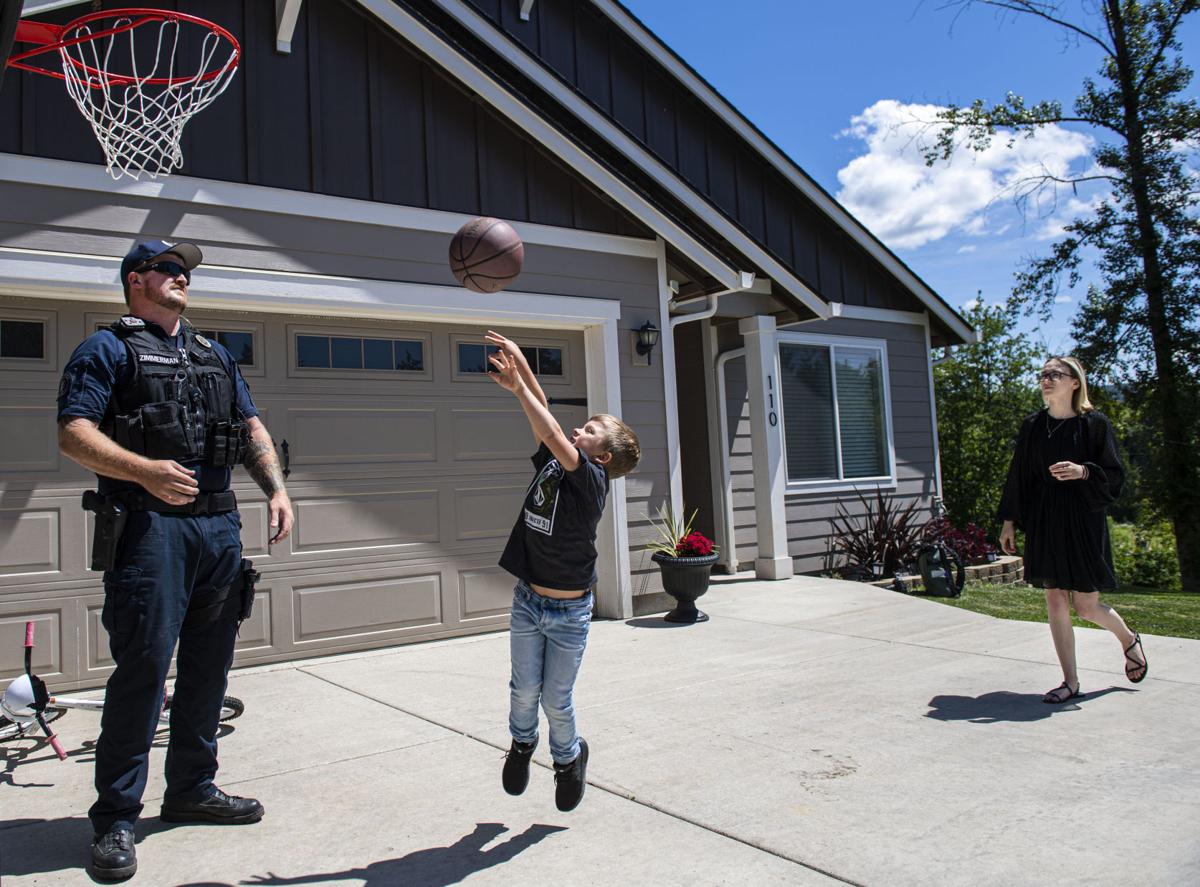 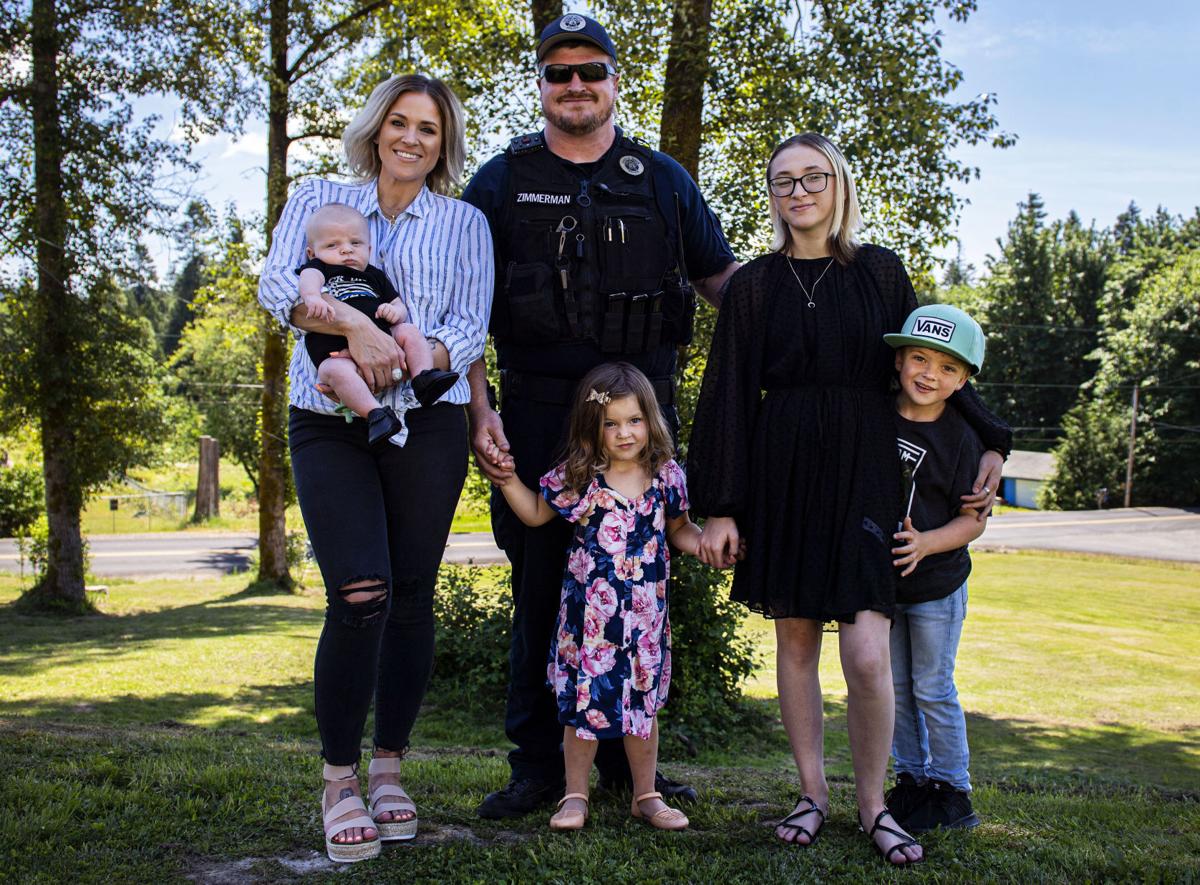