CLATSOP COUNTY — Authorities have confirmed the arrest of Kevin James Reynolds after a three-day manhunt that crossed two states and three counties.

Reynolds, the 41-year-old Kalama resident who's been on the lam since late October, was captured by 12:30 p.m. Thursday by the Clatsop County Sheriff's Office in Oregon.

Multiple law enforcement agencies were called to search of Reynolds, who was wanted for attempted murder, burglary, unlawful use of a firearm and kidnapping, according to the sheriff's office.

The office reports deputies had Reynolds "pinned down at a location where he eventually surrendered without further incident."

Reynolds has been on the run from police for weeks after allegedly breaking into a Cowlitz County home with a rifle in late October. On Tuesday he allegedly took a hostage and reportedly shot at a vehicle in Columbia County.

The focal point of the recent search was in Columbia County, west of the city of Rainier, where Reynolds was seen on Wednesday, sparking a heavy police presence in a rural neighborhood southwest of Rainier. However, Reynolds was able to evade police for a second day only to be captured in adjacent the Clatsop County Thursday.

Columbia County Sheriff Brian Pixley said law enforcement also searched for Reynolds from around 3 p.m. to 11 p.m. Tuesday near Heath Road and Old Rainier Road, west of the city, but did not find him. Pixley said Reynolds took a woman, who Reynolds knew, as a hostage, but deputies were able to get the woman away from him. He said Reynolds shot at a moving vehicle.

A warrant was issued for Reynolds's arrest on Nov. 4 in Cowlitz County Superior Court over accusations that he broke into a home in Kelso armed with an AR-15 rifle, attempted to steal a car and led police on a high-speed pursuit that reached up to 90 mph. At one point during the chase, the vehicle Reynolds was operating began to swerve across multiple lanes on Interstate 5, police documents say.

Back in August, Reynolds threatened a Kelso man, yelling that he wanted to kill him and that he was armed at the time, according to court documents. That month, he also allegedly held a gun to another man’s head, robbed him and stole his car in the 1400 block of Alabama Street in Longview. Kalama police later found Reynolds in the stolen car the next day with the wallet in hand, police reports say.

Sheriff's offices in Clatsop, Columbia and Cowlitz, along with the St. Helens, Ore., Police Department, helped in the search for and arrest of Reynolds.

After the shooting, the police say the suspect fled and was picked up in Vancouver.

The shooting occurred by the Vern Long Lions baseball park in Kalama.

No officers were injured during Monday's interaction.

The suspect tried to flee in two vehicles and by foot.

From London air raid shelters to underground farms, the future of farming is here

COVID-19 lockdown protesters in China call for president to resign

COVID-19 lockdown protesters in China call for president to resign 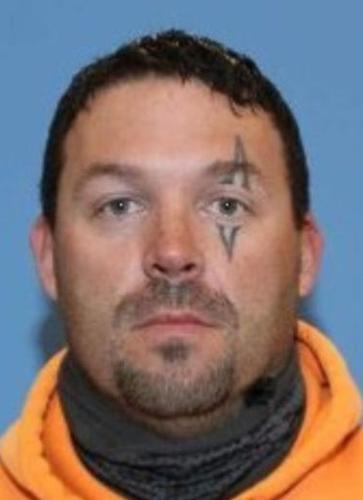 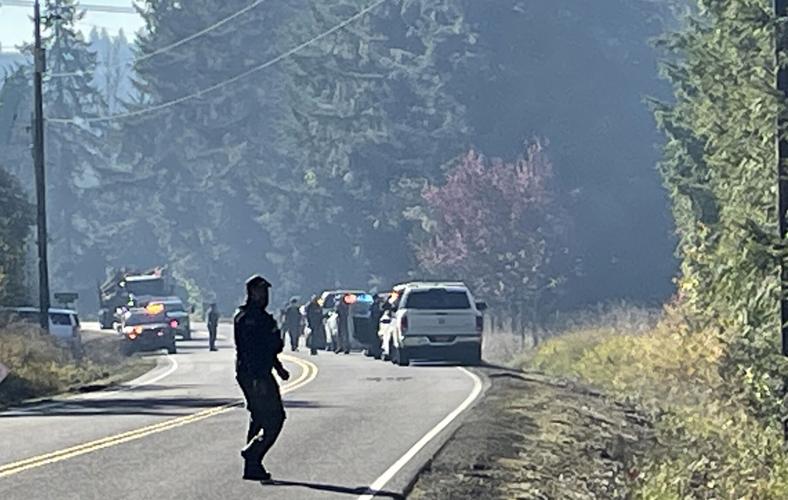 A law enforcement agent walks on Apiary Road Wednesday outside the city of Rainier. An agent told The Daily News responders were in the area searching for Kevin James Reynolds, who authorities say is "armed and dangerous."