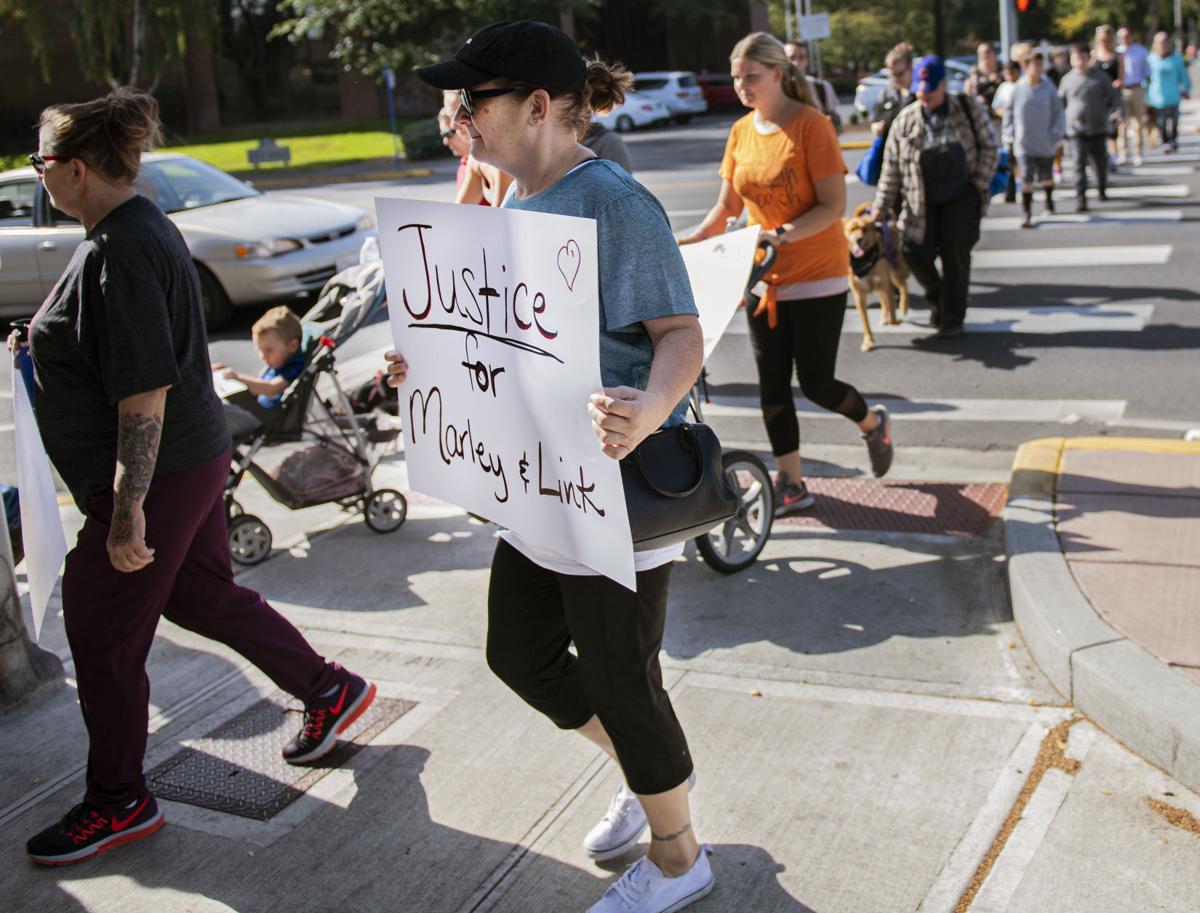 About 50 people marched across 16th Avenue in Longview in September 2019 as a "canine call to action," asking for charges to be filed against those involved in the shooting of two husky dogs, Marley and Link. 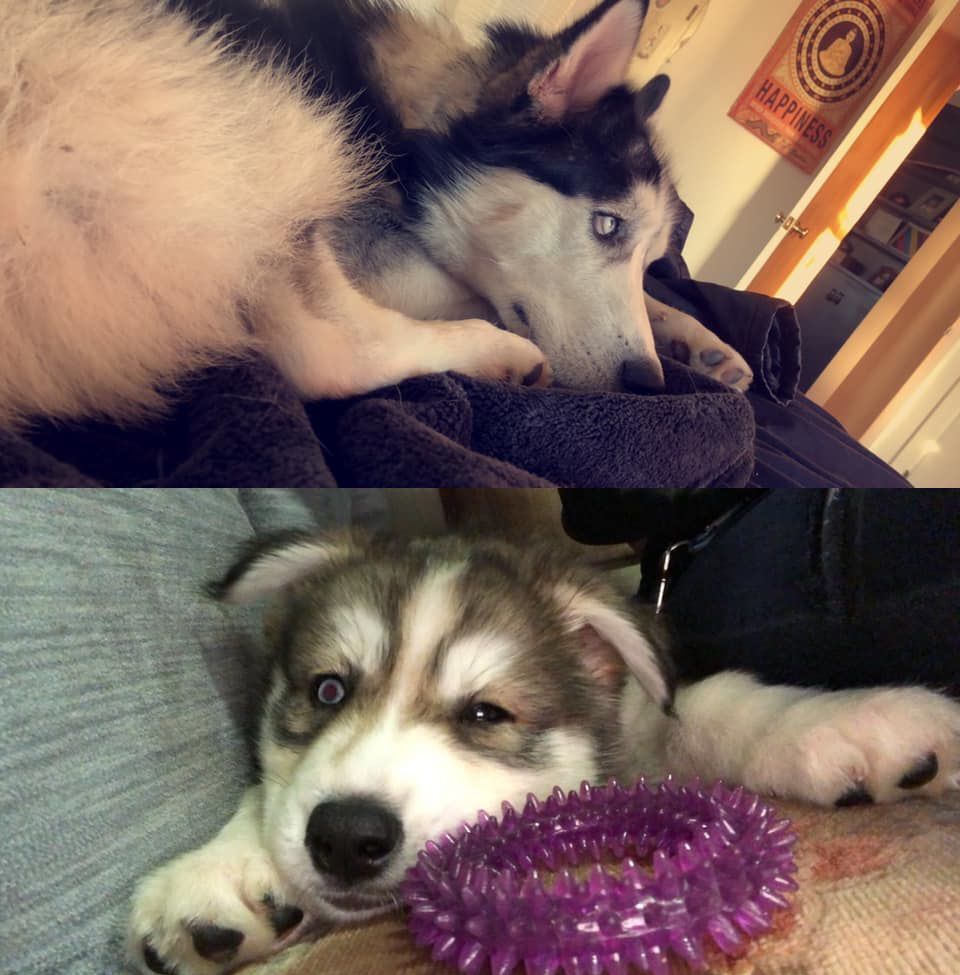 The owners of Marley (bottom) and Link, two huskies, say the dogs were killed in an apparent retaliatory shooting.

A Longview man was found guilty Tuesday of killing two huskies in 2019 and sentenced Friday to serve 30 days on an out-of-custody work crew or 240 hours of alternative community service.

If he doesn’t abide by the conditions of the sentence, Swanson could face 334 days on an out-of-custody work crew and about $2,000 in fines.

At the sentencing, Moore said “no amount of time he gets will make up for” the loss of his pets — 1-year-old Marley and 2-year-old Link.

Swanson did not speak at his sentencing.

This article has been updated to clarify police jurisdiction over the shooting investigation.

According to the probable cause statement from county animal control, Swanson admitted to shooting the two huskies in 2019 and putting their remains in the Columbia River.

The report states a witness at John Null Park saw Swanson and his daughter Jodie Rodriguez load the huskies into their truck.

Rodriguez said she believed the dogs had previously mauled her cat, according to the report, and they were going to turn the dogs over to the Humane Society.

Swanson admitted to keeping the dogs at Rodriguez’s house for three hours before shooting them.

The Humane Society and police investigated the incident.

Prosecutor charges dad, but so far not his daughter, in husky shooting deaths

A roughly 50-person march through Longview and candle-lit vigil were held in September 2019 to honor the pets and request charges be filed.

The Humane Society suggested both Swanson and his daughter be charged, but prosecutors only charged Swanson.

Moore said he didn’t know Swanson before the crime. The guilty verdict, said Moore, brought him closure, as his pets’ bodies never were recovered from the river.

Editor's note: This story has been updated to include responses from the Humane Society to several claims made by family of the cat owners.

Moore has two descendants of Marley and Link — 2-year-olds Oscar and Asia — and adopted two border collies after the 2019 crime.

“We had lost part of our family, and they needed a family too,” Moore said.

One injured in Kelso crash, driver arrested on suspicion of eluding, vehicular assault

RIDGEFIELD — A Kelso man who’s barred from ilani casino allegedly made off with $12,500 in chips after breaking into the facility Tuesday morn…

After a little over two years on the bench, Cowlitz County District Court Judge Debra Burchett receives seven judicial rules of conduct violations from the state. Burchett will keep her position and receive additional training.

About 50 people marched across 16th Avenue in Longview in September 2019 as a "canine call to action," asking for charges to be filed against those involved in the shooting of two husky dogs, Marley and Link.

The owners of Marley (bottom) and Link, two huskies, say the dogs were killed in an apparent retaliatory shooting.