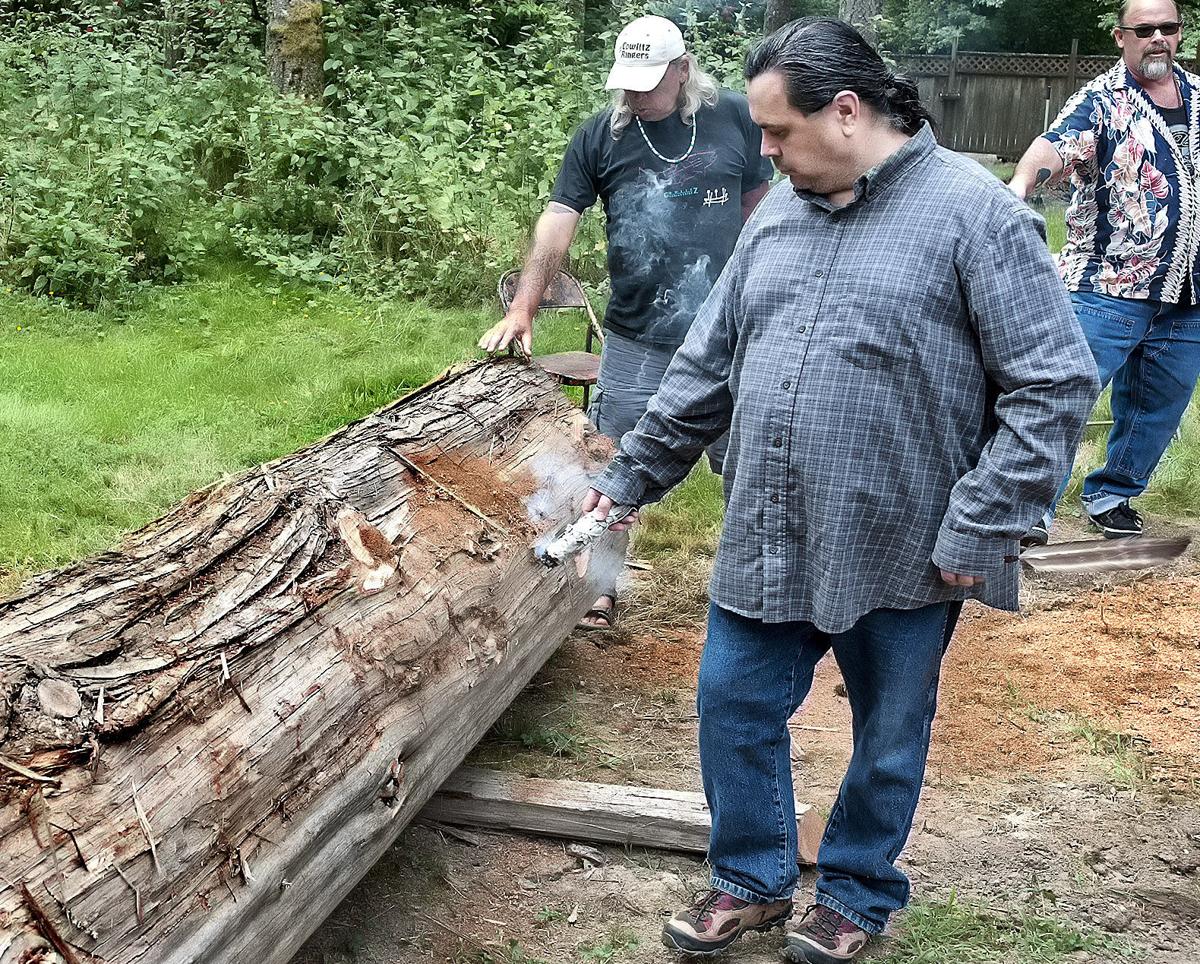 Dave Burlingame of the Cowlitz Tribe demonstrates some of the ceremony done before work could start on a new canoe for display at the Cowlitz County Historical Museum. 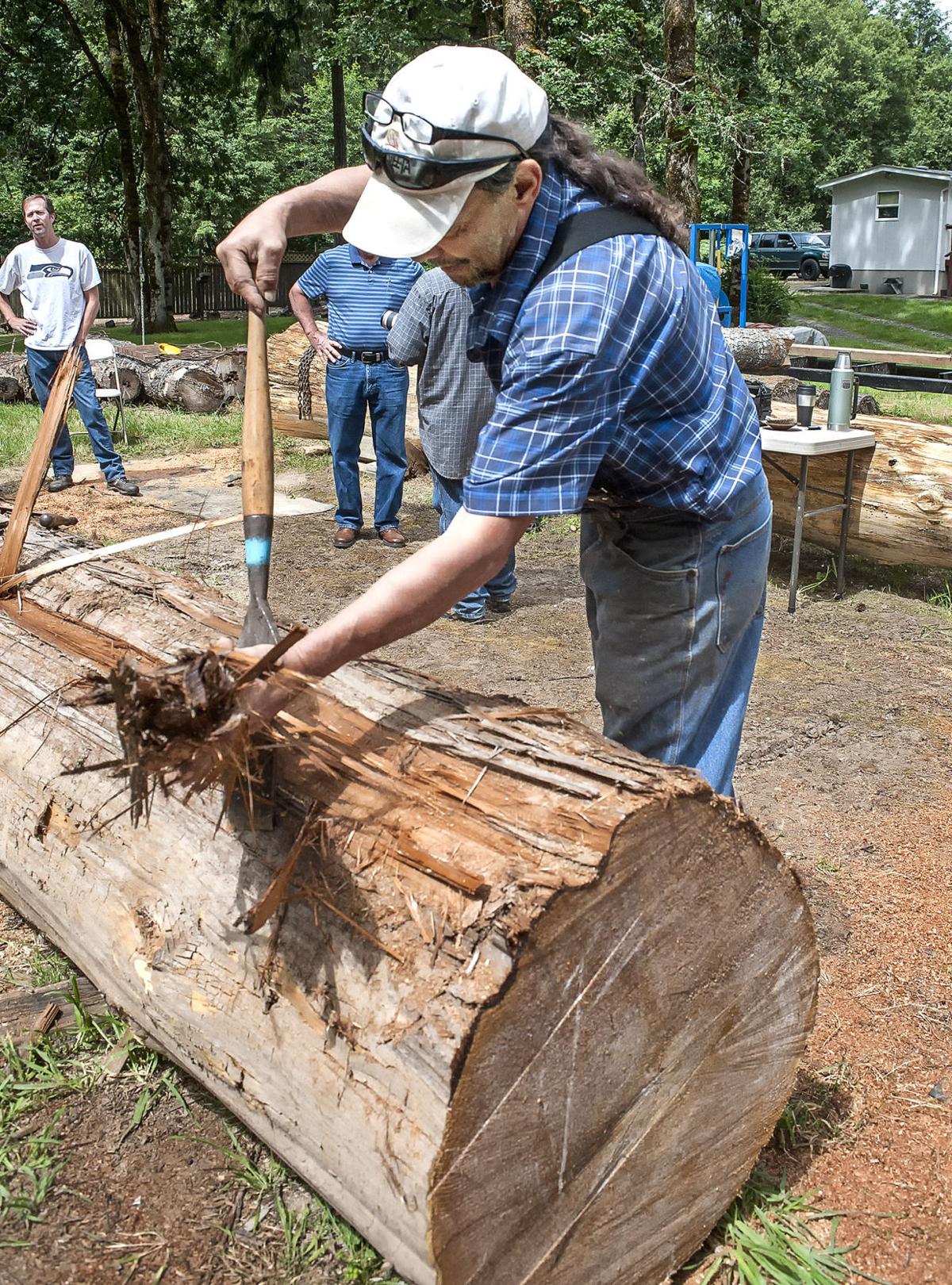 Bob Harju strips away the first outer layers of bark as he starts working on a cedar log which will become a new canoe for display at the Cowlitz County Historical Museum.

Dave Burlingame of the Cowlitz Tribe demonstrates some of the ceremony done before work could start on a new canoe for display at the Cowlitz County Historical Museum.

Bob Harju strips away the first outer layers of bark as he starts working on a cedar log which will become a new canoe for display at the Cowlitz County Historical Museum.

In Cowlitz Indian tradition, the carving of a dugout canoe often begins with ceremonial smoke. Both the log that will be hewn into a canoe and the carver himself are “smudged” — anointed with smoke from burning sage.

And so it was Wednesday on the Lozier property in Toledo, as both a beefy cedar log and tribal carver Robert Harju underwent the ceremony.

Immediately afterward, Harju chiseled off a few strands of bark, and throughout the next few months, he’ll shape the log into a traditional 16.5-foot river canoe intended for permanent display in the Cowlitz Historical Museum in Kelso.

It will replace another that Harju made for the Port of Kalama, which was on loan to the museum until the port opened its river transportation interpretive center last year.

The new canoe “will be the first thing visitors see and the last thing they’ll see” as they enter and leave the museum, said Museum Director David Freece.

The canoe “will remind us that the Cowlitz Indian Tribe are a vital part of our community yet today,” said Freece, who attended the Wednesday ceremony.

The canoe will be modeled after those the tribe used in local rivers.

“This was our primary means for traveling up and down our rivers,” said Dave Burlingame, director of cultural resources for the tribe.

The canoe will serve educational and promotional purposes, reminding people “that the Cowlitz Tribe has not disappeared, that we are still a vibrant and strong people,” said Burlingame, who performed the smudging ceremony. He said the ceremony is meant “to ensure the integrity of the project.”

Harju will use some power tools to speed up the project, which is targeted for completion in late August. But most of the work will be performed with traditional hand tools.

“The plan is to have several days over the course of the project when tribal members can help carve, to make this a true tribal undertaking,” Burlingame said.

Take a trip down memory lane in the The Daily News archives!