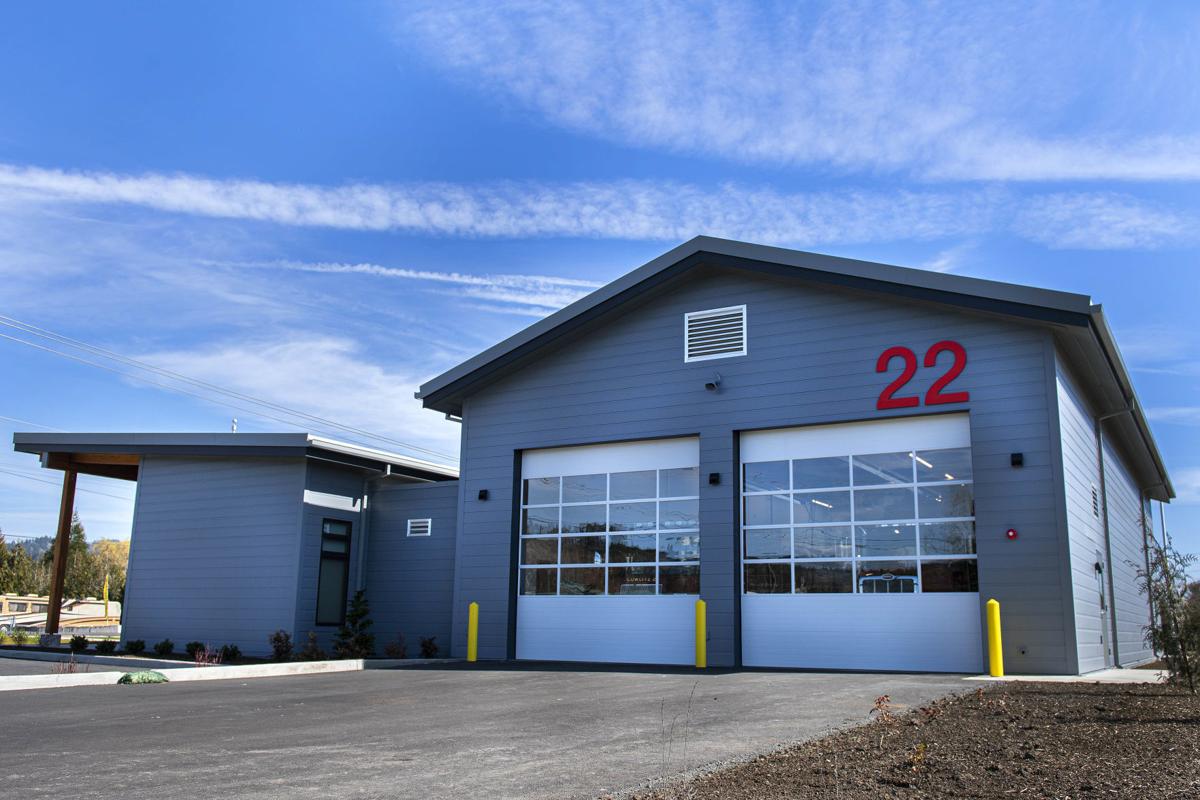 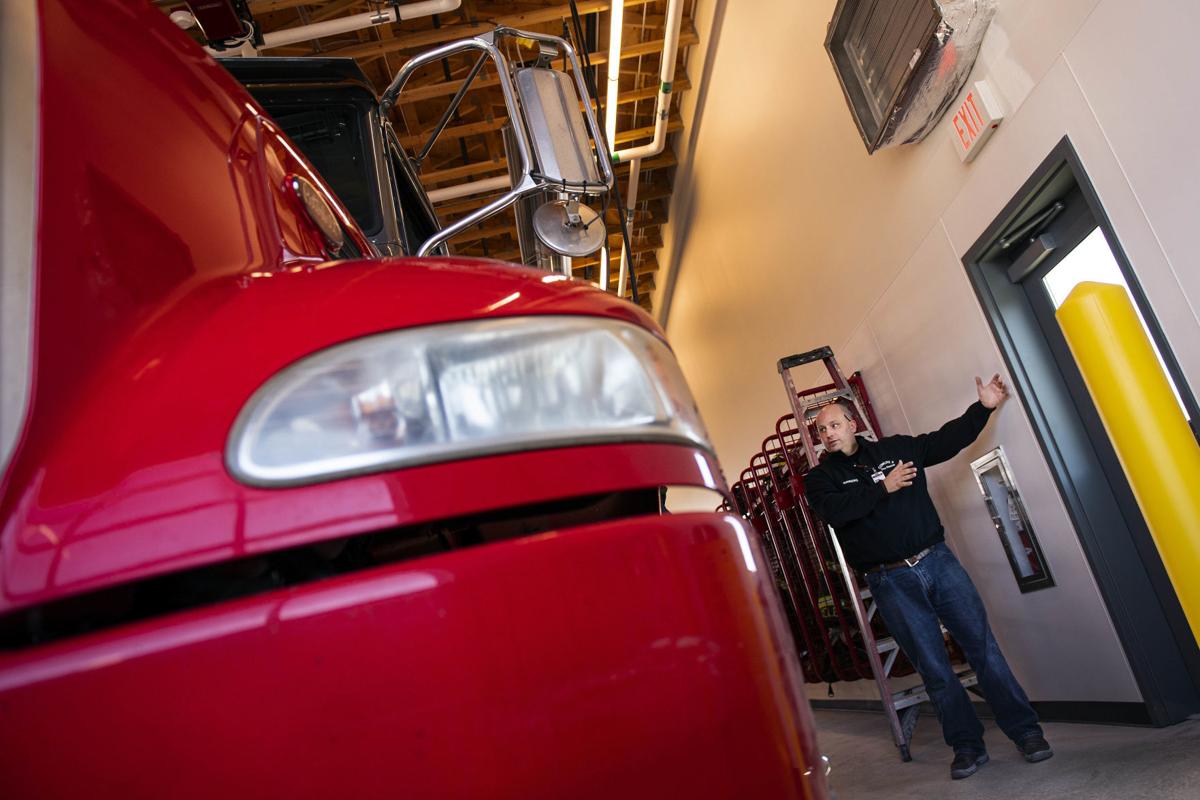 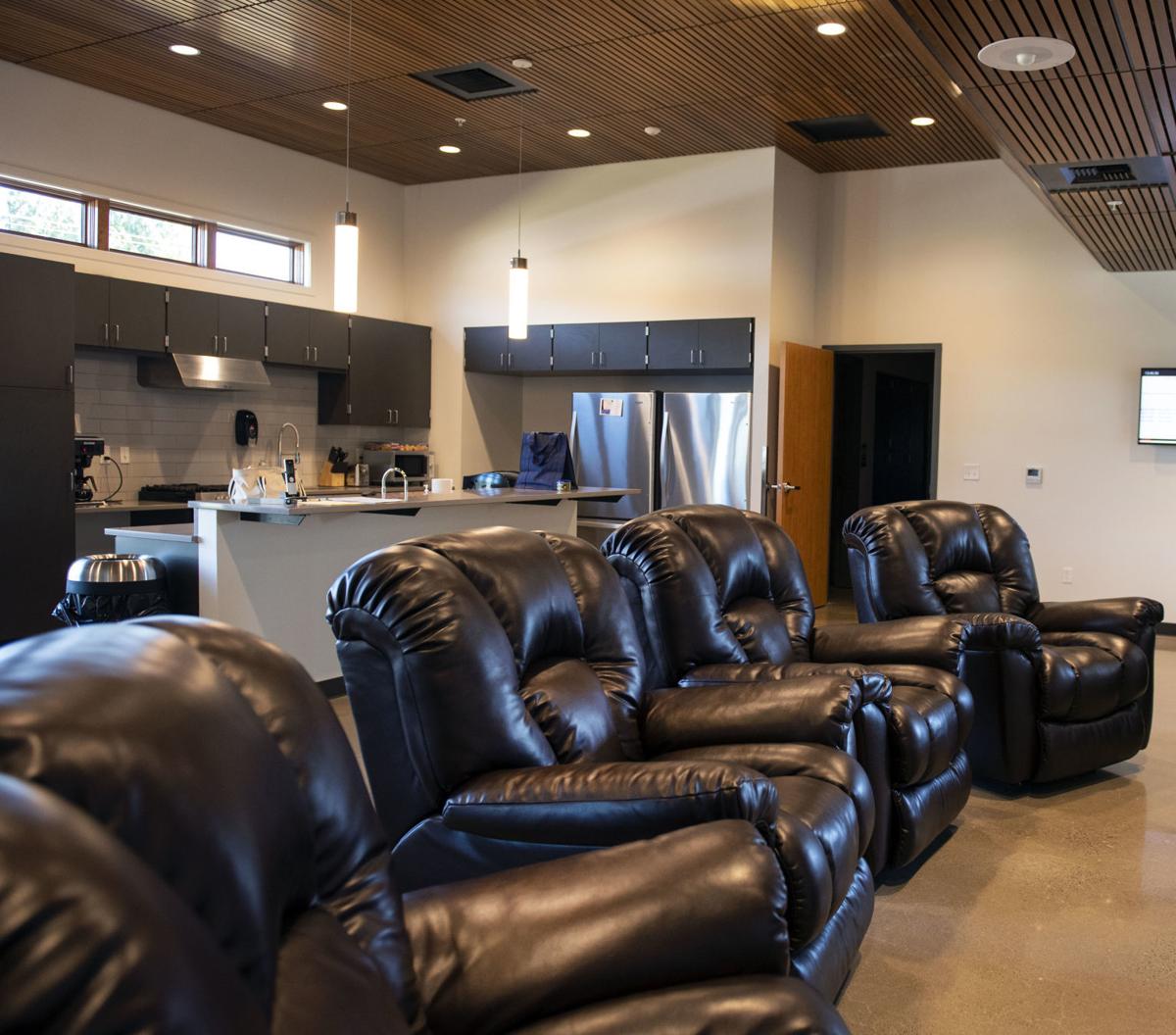 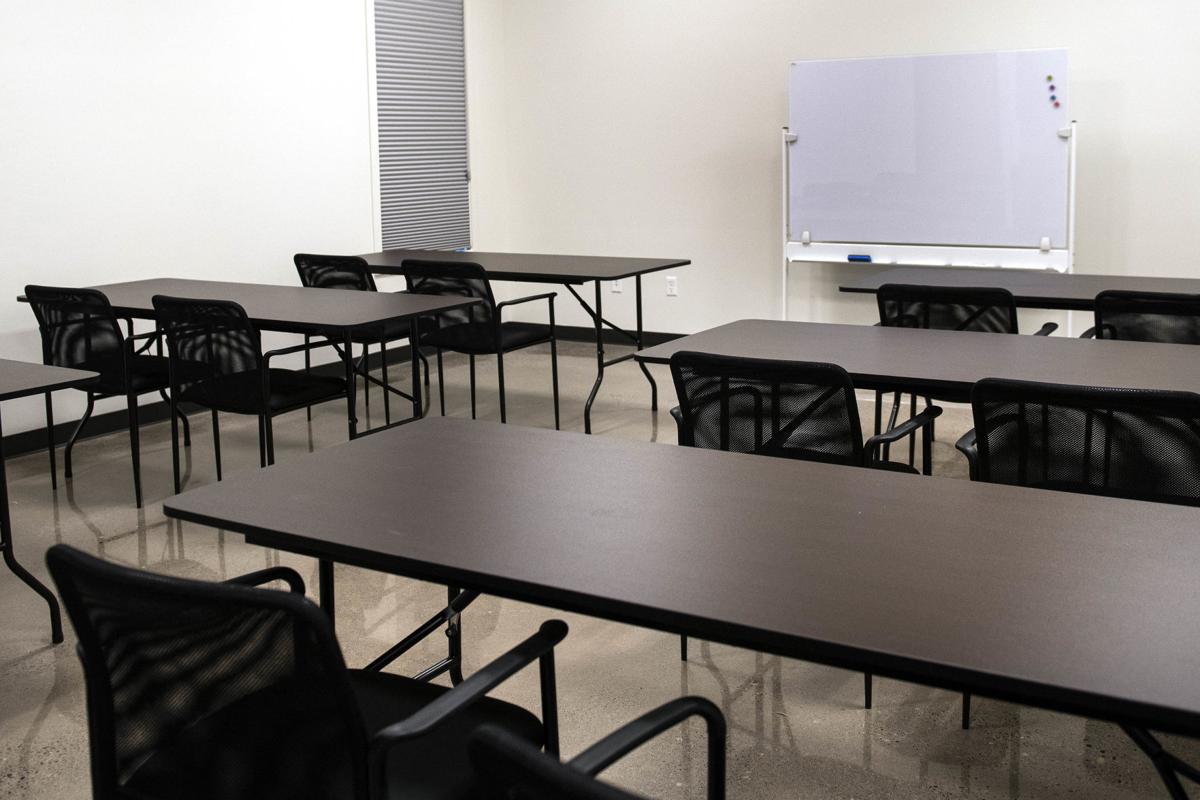 The new Cowlitz 2 Fire & Rescue Baker's Corner station includes a training room, which the former station did not have.

Ten or 15 minutes may not sound like much. But just tell that to someone suffering a heart attack or fighting a house fire.

Last week’s opening of Cowlitz 2’s new $3.2 million Baker’s Corner fire station could allow medics and firefighters to save that much time responding to calls west and northwest of the Longview city limits, Cowlitz 2 officials said.

“If I’m having chest pain, calling 911 early, taking aspirin, those increase your odds,” Battalion Chief Jason Sanders said. “And having us closer increases your odds. We still may not be successful, but by cutting those 10 to 15 minutes off, you now have that much more chance. ... It ends up being way better service for our citizens.”

Some calls to that area have been handled by the Columbia Heights or Vine Street stations, forcing fire trucks and ambulances to squeeze through the city. In addition to “drastically” improved response times, the new station will improve safety, because fewer first responders will need to rush westbound on Ocean Beach Highway to reach those calls, Sanders said.

The station is now staffed and fully operational, and firefighters and EMTs are taking new precautions to keep themselves and 911 callers safe during the coronavirus pandemic.

In a tour of the facility Friday, Sanders showed the station’s vastly improved room for equipment and space for first responders.

The previous Baker’s Corner station was aging and cramped, with no permanent crew quarters. First responders had used a nearby motor home that fit about three. And among the old station’s deficiencies, fire officials feared it would not survive a major earthquake.

Now, the new station will serve for at least “the next 30 years,” Sanders said.

Construction started in February 2019 and wrapped up over the last few months. Contractor Tapani Inc.’s bid for the project came in $1.3 million less than the engineer’s estimate of $4.5 million, and there were few change orders, said Cowlitz 2 Chief Dave LaFave.

The station’s first full day of staffing was March 14. There will usually be at least two staff members on duty, Sanders said.

In the Baker’s Corner day room, staff can unwind and watch TV, work on incident reports or administrative tasks, and make coffee and meals from the kitchen. It’s a home away from home for firefighters and EMTs on shift, so they might watch movies on Saturday nights or just kick back between calls.

Six minimalist bedrooms give staff on shift enough room to sleep and store uniforms. Those beds usually won’t all be occupied, Sanders said, but they give firefighters and EMS flexibility for heavy responses to disasters like flooding. If need be, they could bring in cots to house more staff, he said.

The new station also has a separate classroom/conference room for training and briefing.

The apparatus bay holds a fire engine, a 2,500-gallon water tender, a brush truck and an ambulance, along with an array of equipment and tools.

The fire engine can hold 750 gallons of water on its own, but the water tender is crucial for when “we gotta bring the water to the party” in areas without fire hydrants, Sanders said. The nimbler brush truck, which can carry 200 gallons of water, is key for brush fires and other emergencies in hard-to-reach places.

Also in the bay, a heavy-duty washing machine called an extractor cleans off carcinogens and other dangerous materials that may contaminate gear during firefighting.

During the coronavirus pandemic, Sanders said staff are following social distancing and disinfecting procedures. Dispatchers are asking 911 callers whether they’re feeling sick, and firefighters and EMTs are approaching calls more cautiously, he said.

“We used to kind of moth the flame, you’d get five guys or girls on a call, taking vitals, asking questions,” Sanders said. “We’re kind of standing back and minimizing that a little bit.”

They’re still responding to calls, but only one or two EMTs might make initial contact with a patient, especially if dispatch alerts them the patient has flu-like symptoms.

“We’re not overreacting, though,” Sanders said. “We’re still trying to provide that little bit of normalcy for our community. Still, I don’t want to get exposed. So changing our behaviors a little bit has been key.”

And if nothing else, the brand-new facility — and the fact that voters threw their support behind the agency’s bond to build it — certainly doesn’t hurt morale, Sanders said.

Cowlitz County commissioners Tuesday voted 2-1 to extend the local emergency declaration, the third time commissioners have done so since the …

The new Cowlitz 2 Fire & Rescue Baker's Corner station includes a training room, which the former station did not have.