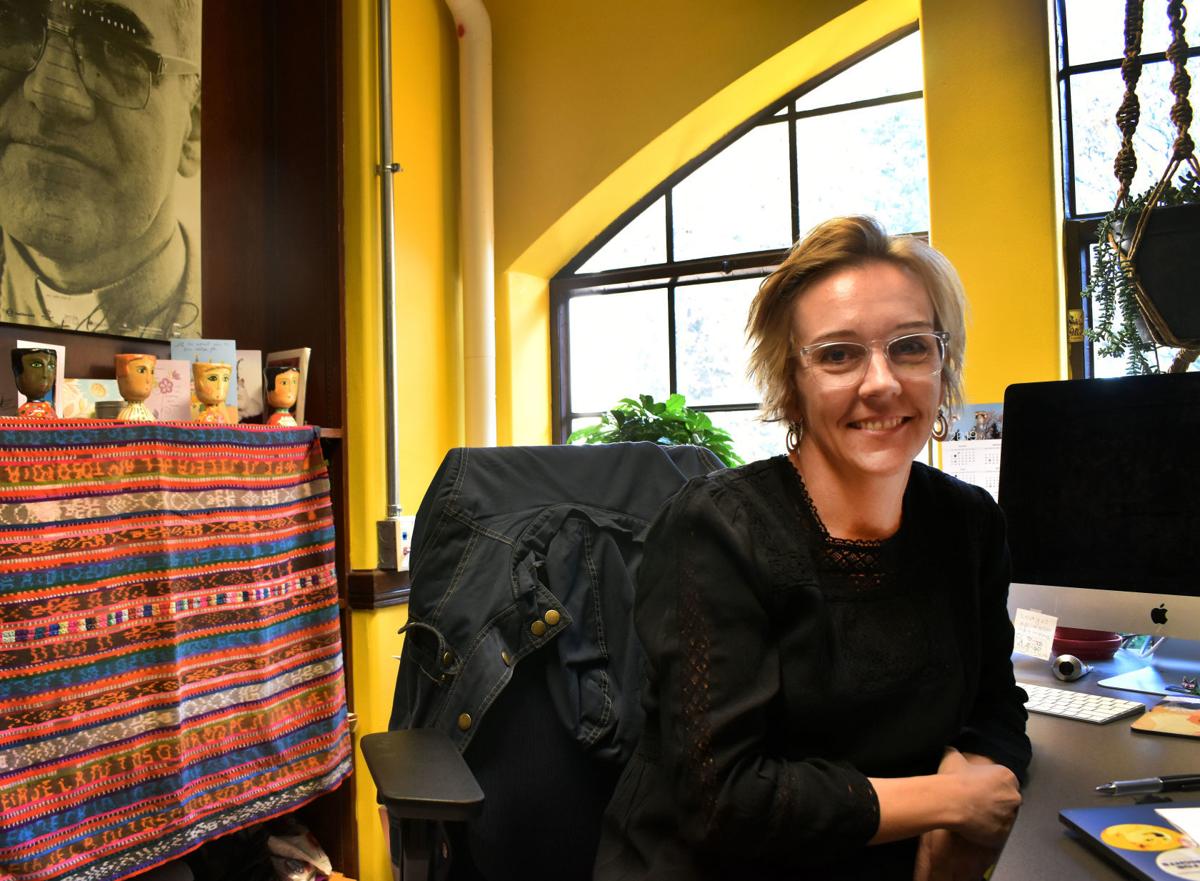 Director of the University of Washington Center for Human Rights Angelina Godoy poses in her office at the University's Smith Hall on Nov. 1. 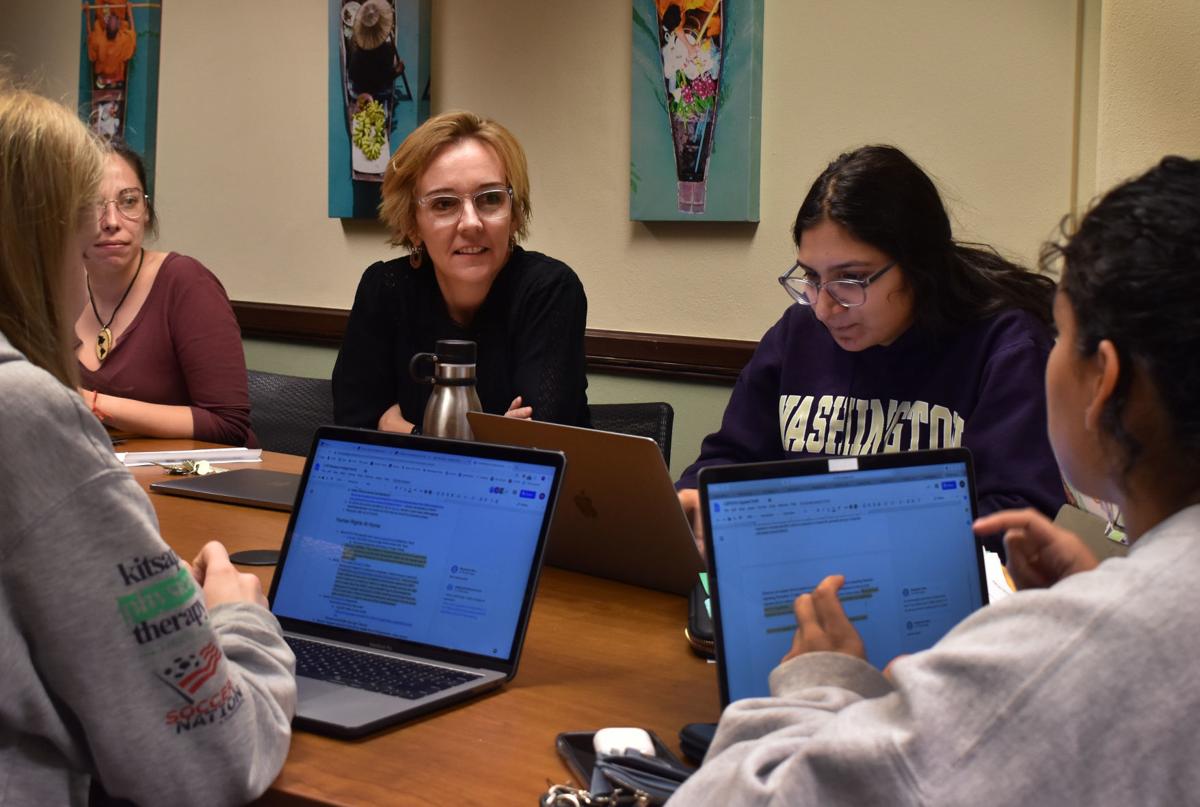 Angelina Godoy, director of the University of Washington Center for Human Rights, speaks with students about research at the University's Smith Hall on Nov. 1.

Cowlitz County on Friday backed a University of Washington researcher’s court fight to obtain files on immigrant juveniles held by the federal government in the county's youth detention center.

A filing in Cowlitz Superior Court is the latest development in a legal battle between U.S. Immigration Customs and Enforcement (ICE) and Angelina Godoy, a UW professor seeking information on minors that ICE has held indefinitely at the Cowlitz County Youth Services Center, informally known as the juvenile center.

The county knows the criminal background and history of the minors, but ICE has blocked juvenile justice officials from releasing the information. The case is attracting national attention.

For more than a year, Godoy, director of the UW Center for Human Rights, has sought the complete jail file of all immigrant minors held at the Cowlitz County Juvenile Detention Center between 2015 and July 2018. Specifically, she requested their criminal charges, arrest reports, holds for other agencies, book-in and book-out dates, ICE detainers and transfer information.

Godoy contends that holding the juveniles in secret is “antithetical to democracy.”

“The notion somebody should be locked up, and that the legal grounds on which they are locked up is not knowable, that you can’t even ask about, that is troubling,” she told TDN earlier this month.

The county is willing to release the information and filed suit in February to ask a judge to determine whether it can lawfully do so. ICE claims that federal regulations give it sole authority to release the documents.

The county disagrees with ICE. Its filing Friday argues that the university is a public agency that is entitled to the records for research purposes.

“The plain language of (federal law) ... restricts (juvenile justice officials) from disclosing records only to the general public, and not to UW, as a state, public agency, acting in furtherance of agency duties,” the county’s motion reads.

The federal regulation is intended to prevent disclosure to the public, not to state agencies with “legitimate government purpose(s)”, the county argues.

The county cites a 2018 federal court ruling in United States v. State of California, which found federal regulations only prohibited disclosure to the general public, not necessarily to other government entities.

Since 2001, the county has held juveniles determined to be a safety risk for the federal government while they go through immigration court proceedings. It’s one of three facilities that can hold those minors for longer than 72 hours at a time.

Initial record requests have shown that 15 minors have stayed at the Juvenile Center for some amount of time between June 2013 and June 2018. Their stays ranged from just under five days to nearly 10 months.

Godoy said Tuesday she’s pleased by the county’s efforts to release the information, but she urged the county to do so in defiance of ICE.

“I’m pleased to see that in their filing they indicate they’re interested in releasing the records,” Godoy said. “That’s good news. I think they should just go ahead and release them. ... They don’t have to wait for the judge to issue a ruling on the matter.”

Whatever the county chooses to do, state legislation passed in April mandates that its agreement with ICE must end by the end of 2021.

Director of the University of Washington Center for Human Rights Angelina Godoy poses in her office at the University's Smith Hall on Nov. 1.

Angelina Godoy, director of the University of Washington Center for Human Rights, speaks with students about research at the University's Smith Hall on Nov. 1.