CATHLAMET — In a pocket of farmland just north of Cathlamet, an environmental group is building a creek they hope will restore the land to its natural state, bring in white-tailed deer and give a boost to salmon recovery efforts.

The Bonneville Power Administration, which supplies 28% of the Northwest’s power, recently entered its third phase of a multi-year project with Columbia Land Trust to help restore the floodplain and salmon habitats near the Elochoman River-Nelson Creek area north of Cathlamet. It’s one of several efforts by BPA and its partners to protect endangered species and surrounding wildlife.

In what they hope will be the final phase of the construction, Columbia Land Trust are digging up land that once teemed with life before it was flattened for agricultural use in the 20th century.

The project was sparked in 2014, after engineers found that a portion of the Steamboat Slough dike was failing. If the erosion fully undercut the dike, the refuge could have flooded, as well as possibly State Route 4.

Officials got the go-ahead to build a creek connecting Nelson Creek and the Elochoman River, which they say will make it safer for salmon to spawn and travel back to the ocean.

“What we’re doing is replacing something that did not work efficiently with something that will,” said Simon Apostol, natural area manager with Columbia Land Trust.

The project is a decade in the making, said BPA spokesperson Doug Johnson. Actual construction has occurred for about three years.

“Any time that we can bring back wildlife or help with mitigation, we do whatever we can,” Johnson said.

Bringing back wildlife to an area that was largely cleared for farmland is no easy task.

About 70% of the wildlife that once occupied this land are gone, Johnson said. White-tailed deer can no longer rely on the vegetation in this area and are now considered a threatened species. Salmon used to thrive in the natural creeks that were filled to make room for irrigation ditches.

Extended fish passages along the Lewis River are back on the table as PacifiCorp announced it will support the proposal after years of resistance.

For salmon to spawn and make their way back to the ocean, they need places in the water to lay and then protect their eggs. In a natural river, fallen trees and vegetation provide these spots.

Over time, industry and development have resulted in narrow culverts where salmon often get caught or lost, Apostol said. Where two creeks once helped mitigate flood rains, developers merged them but did not account for where the water would go instead.

Eventually the new creek, along with the construction of a bridge on Risk Road, will connect two waterways that will not only help salmon but surrounding residents who regularly see flooding.

“I’ve had neighbors tell me that when it floods they sometimes see fish in the middle of the road because they’re trying to get across,” Apostol said.

A more natural habitat is what Columbia Land Trust and BPA are hoping to mimic with the construction of this new creek, Apostol said.

As Columbia Land Trust moves toward the $5.5-million project’s Sept. 30 deadline, construction has focused on creating a wider, healthier creek bed and placing remnants of vegetation inside so it can host wildlife.

Once finished, the trust will plant 180,000 shrubs and trees in a “kind of mosaic of tree species,” Apostol said.

None of the efforts would be possible if the private landowners had not agreed to the project, Sinks said.

“What we’re doing is making (the land) messy and complex again,” Sinks said.

Sydney Brown is a news reporter for The Daily News covering education and environmental issues in Cowlitz County.

Sydney Brown started at The Daily News in March 2022 covering education and environmental issues in Cowlitz County. She has a degree in multimedia journalism from Washington State University-Pullman.

TOUTLE — Public works staff plan to install a temporary bridge by this fall at the Tower Road/Rock Creek washout near Toutle.

The Daily News Week in Review is a weekly series that highlights notable stories the newspaper covered the past week.

Four Cowlitz County projects received a total of $5.7 million in grants from the Washington State Salmon Recovery Funding Board to restore hab…

Study, simulation finds the moon formed when Earth smashed into another planet

Study, simulation finds the moon formed when Earth smashed into another planet 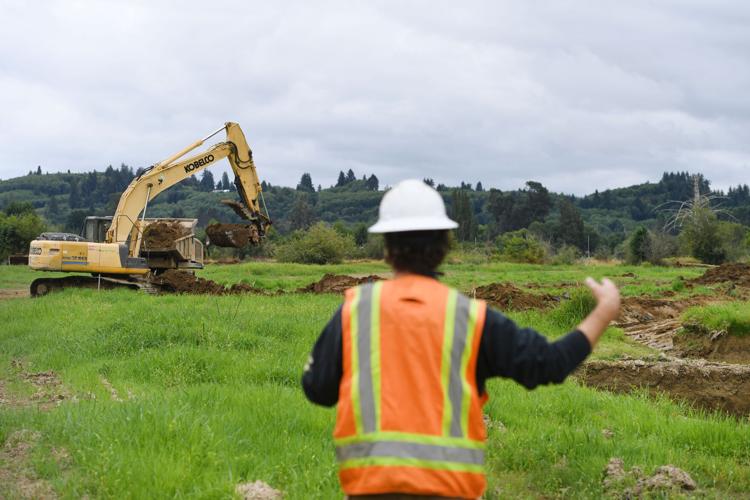 Simon Apostol, Natural Area Manager with the Columbia Land Trust, shows where the new water channel will flow at the Elochoman River-Nelson Creek Swamp restoration project on Wednesday, Aug. 10, in Cathlamet. The project, which is in its third phase, is on track to be completed by Sept. 30. 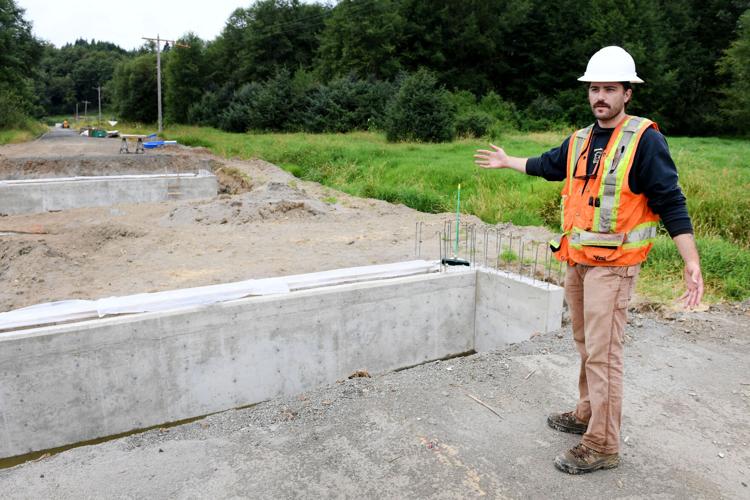 Natural Area Manager Simon Apostol shows where a new bridge will be built at the Columbia Land Trust's Elochoman River-Nelson Creek Swamp restoration project on Wednesday, Aug. 10, in Cathlamet. The project, a decade in the making, consists of creating a new waterway to boost salmon migration.