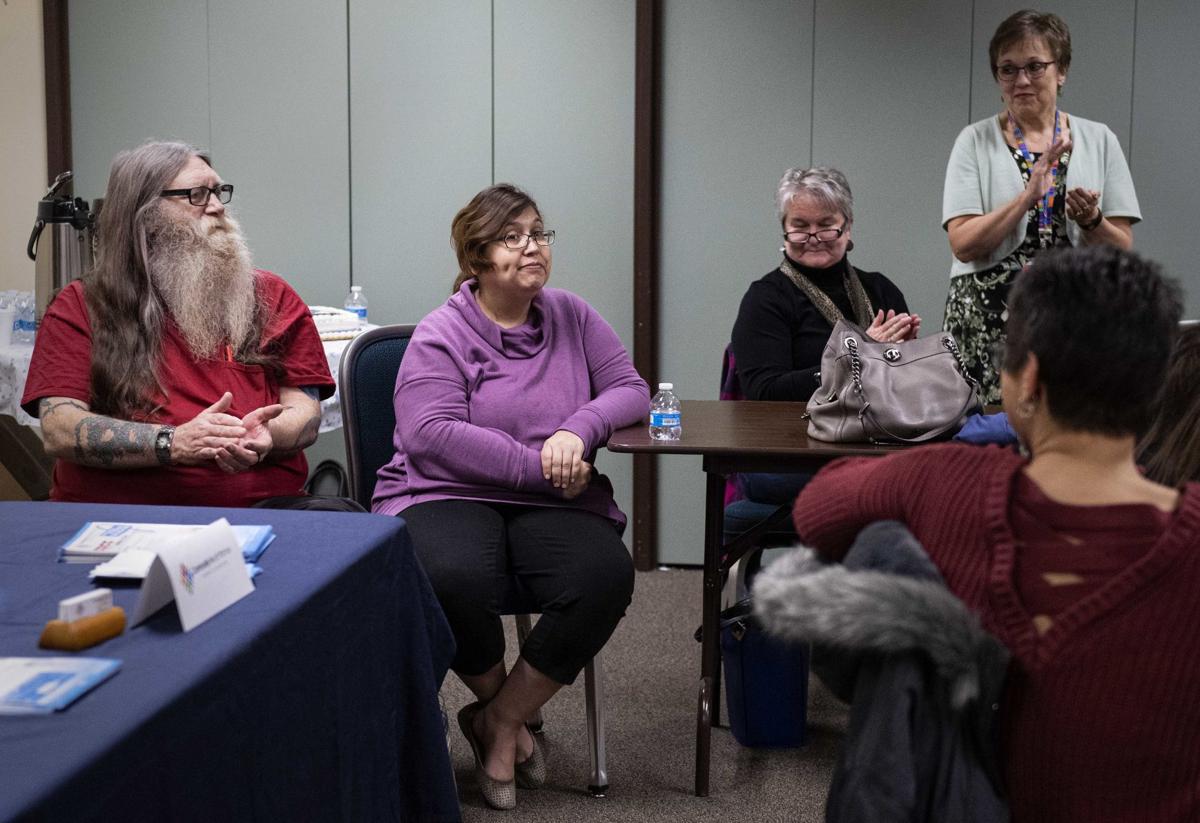 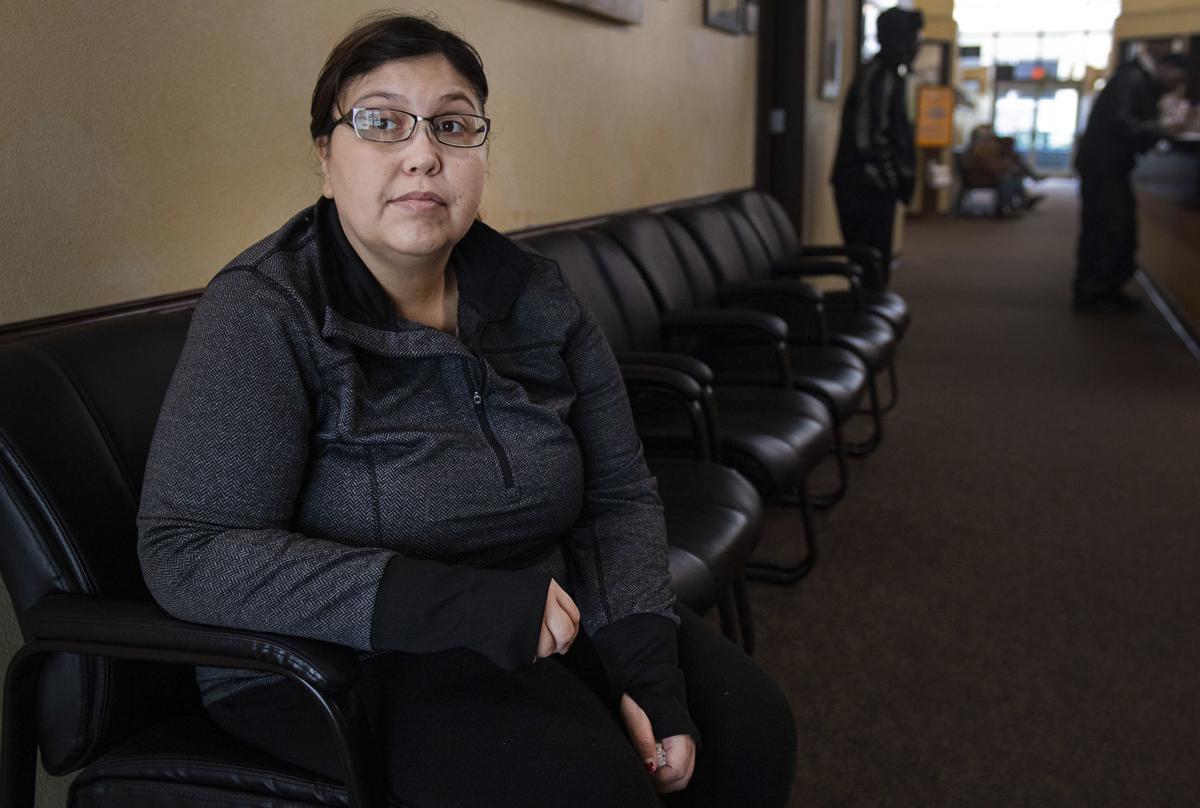 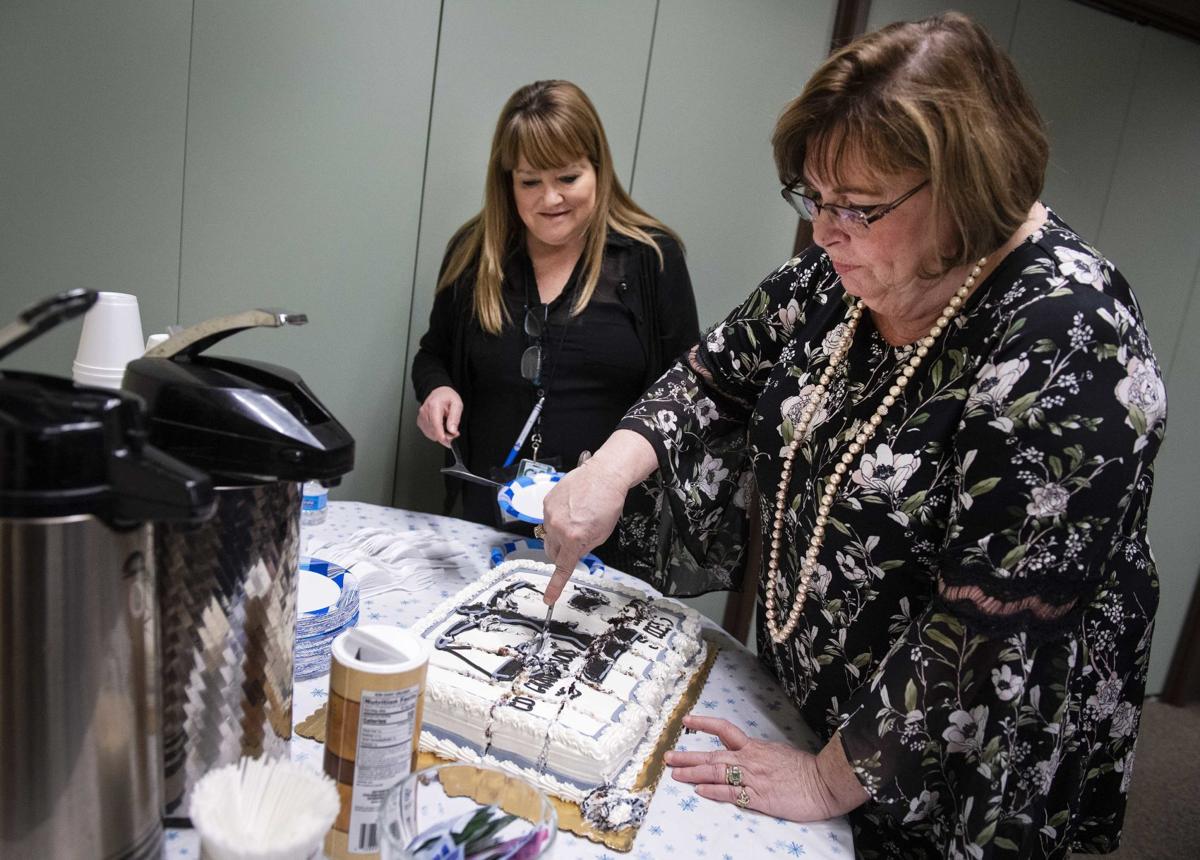 Joycelyn Soriano has faced challenges and setbacks in the last year, including surgery and finding stable housing.

But amid cake and celebration Thursday at Lower Columbia CAP in Longview, the Kelso High School graduate put another hurdle — a fourth-degree assault charge — behind her.

Soriano, 38, is one of the first graduates in Cowlitz County’s new misdemeanor-level “Community Court.” Similar to the county’s felony-level diversionary courts, its goal is to steer criminal offenders out of the criminal justice system by addressing the root causes of their crimes, such as mental illness, drug abuse or poverty.

Former Cowlitz County District Court judges Ed Putka and David Koss started work on the court before their simultaneous retirements in January 2019, but the program didn’t snap into place until last year.

New district court judge Debra Burchett oversees the court, which started in earnest in March. Only about 25 people have participated so far, and after this week four people have officially graduated. Typical crimes that people enter the program with include theft, shoplifting and low-level assaults, Burchett said, but all entrants are determined on a case-by-case basis.

Soriano got in trouble in late 2018 when she was getting paperwork from a resource fair at the Three Rivers Mall. Soriano said she “snatched” the documents from a woman, but the woman alleged Soriano grabbed her arm, Soriano said.

Community Court Coordinator Cindy Wright introduced Soriano to Community Court. She had to have no other charges for a year and complete mandatory counseling and mental health treatment, among other requirements.

There was a “domino effect” after she got into the program, Soriano said: She got a spot at the Community House after a brief period of homelessness, which gave her time to find an apartment in October, get accepted at LCC and work on getting her driver’s license.

A setback came this winter, when Soriano had to undergo an emergency laparoscopic surgery, hysterectomy and blood transfusion. It’s healing now, but it took a lot out of her, Soriano said.

“She’s amazing,” Wright said. “Honestly, from the time when I first met her and how she’s turned around, she has grown so much. She doesn’t give herself enough credit.”

Those accepted to Community court start by visiting a weekly resource fair at Lower Columbia CAP, where treatment providers such as Awakenings and AmeriCorps set up tables to offer information and referrals.

Soriano said she visited just about every booth when she visited: “I got a lot of pens.”

Based in part on what those providers say they need, the court crafts an agreement. If a rehabilitation agency says a person needs six months of alcohol treatment, then their Community Court program could last for only those six months, for example.

If the defendant completes the program, their charges are dismissed. If they fail, they can be found guilty and sentenced without a trial.

Beyond the goal of addressing the underlying reasons people commit crimes, the program saves taxpayer money, Burchett said, because defendants aren’t running up $80 or $90 per night stays at the county jail.

The program isn’t a walk in the park, Burchett said. The prosecutor in the case has to agree to let the defendant join, and lying egregiously or being extremely rude to coordinators or using drugs while in the program are likely grounds for termination.

“I am not working their lives harder than they are,” Burchett said.

People graduate the program with improved self esteem and without the black mark of a conviction on their record for whatever crime brought them into the program, Burchett said. As far as the long-term effects of the program: “Only time’s going to tell.”

After a year of challenges, Soriano is still attending LCC and seeking a better job, although it’s a challenge financially. If she can attain financial assistance, she’d like to get a degree to become a psychiatrist.

The criminal charge, at least, is in the past.

“I’m glad that I’ve gone through it with minimal complications,” Soriano said. “It’ll give me some time to heal up. I guess that’s how life goes — it seems after you’re done with the next thing, you have something else to do. Life keeps going.”

Super Sunday -- Test yourself with our Big Game Trivia Quiz!