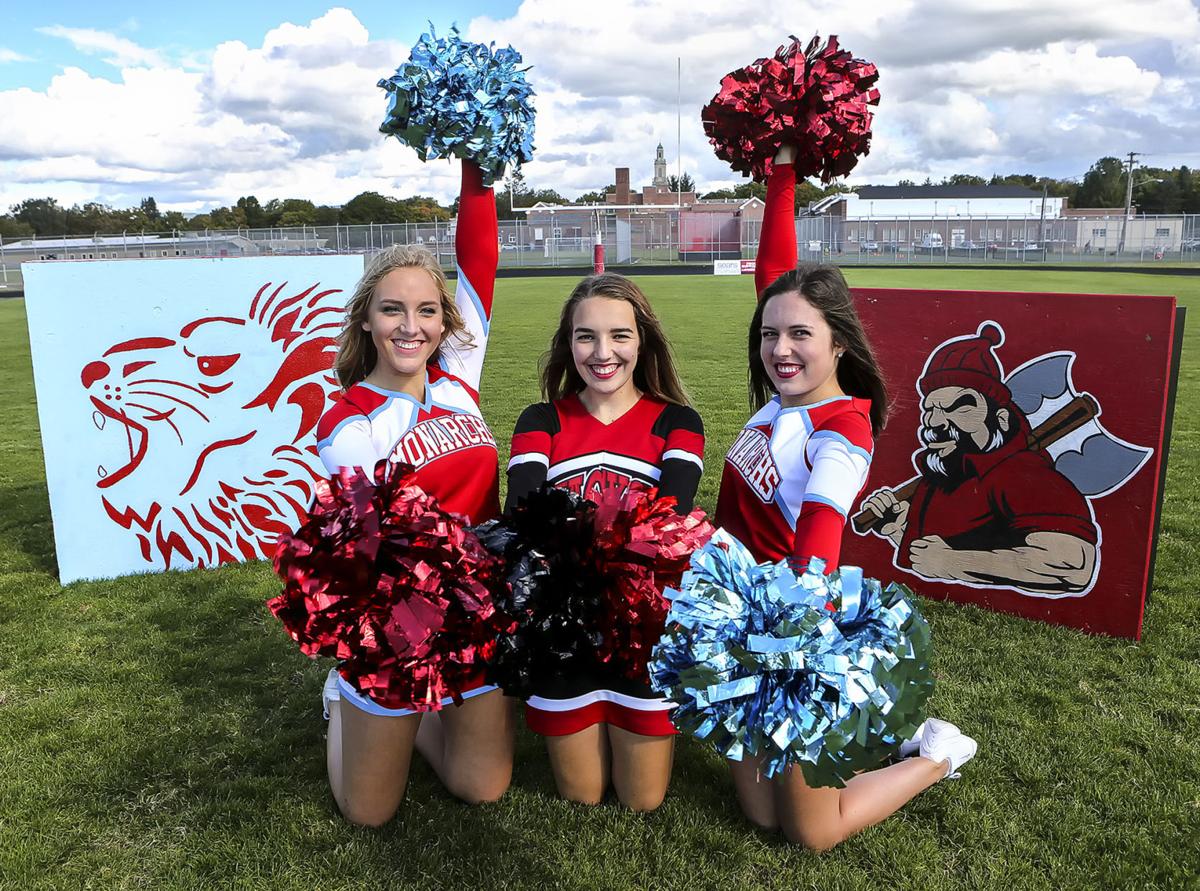 At top, a 2006 photo illustrates the early careers of, left to right, Mickaela, Quinn and Hannah. 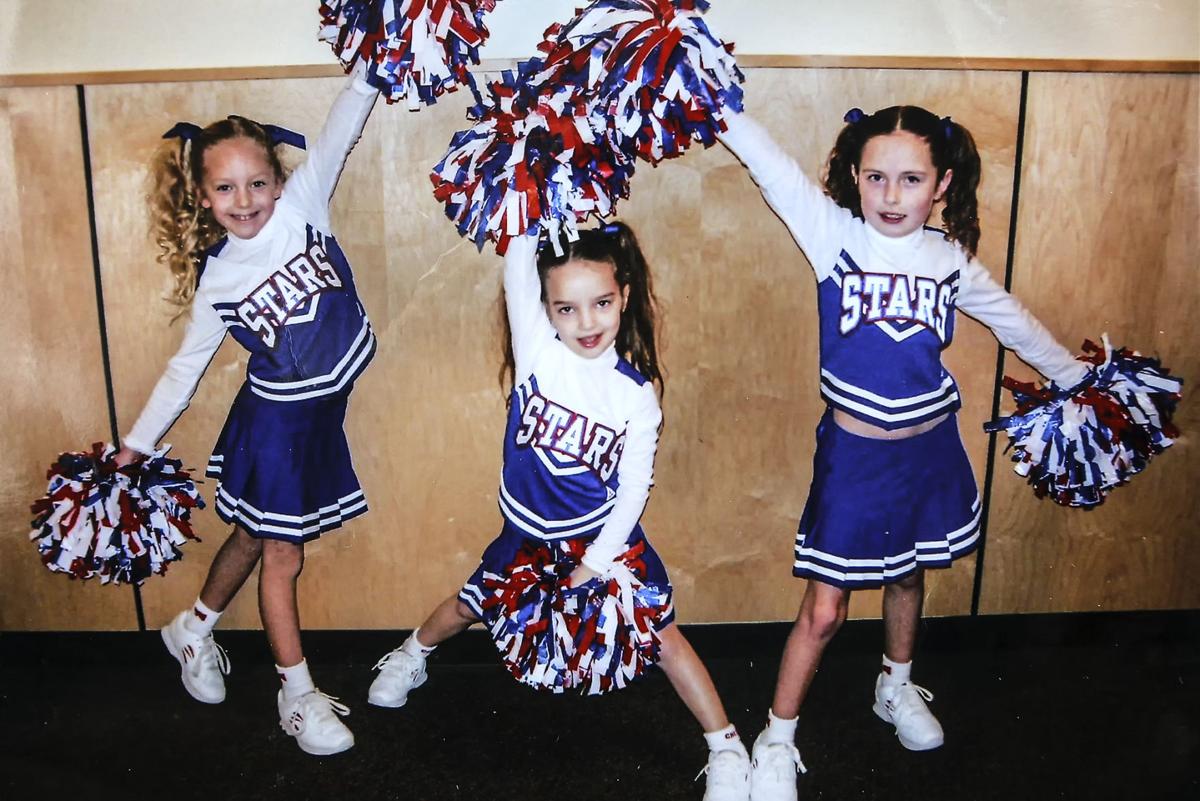 Quinn Laulainen, Mickaela Elo and Hannah Stinger have been friends since they can remember. They’ve enrolled in the same ballet and hip hop classes. Together, they’ve earned Girl Scout badges. And like many a high school teenager, they’ve coordinated outfits a time or two.

Quinn, an R.A. Long High School sophomore, will be dressed in Lumberjack red and black. Mickaela and Hannah, seniors at Mark Morris High School, will don Monarch blue and red. The girls’ loyalties will be divided.

It’s all in good fun, though, as they cheer on rival teams during the R.A. Long-Mark Morris Civil War football game.

The three girls began cheering together when they were 7 and 8 years old. They cheered for two years for an All-Star team before retiring their pom poms in favor of ballet and hip hop classes.

Upon entering high school, however, the three girls took up cheerleading once again. Quinn didn’t follow in the Monarch footsteps of Stinger and Elo. She became a Lumberjack and enjoyed every minute of rubbing last year’s victory in her friends’ faces.

She’s hoping for the same outcome this year.

But Mickaela and Hannah are hoping for one last victory before they graduate.

“You just want to win, especially being seniors,” Hannah said.

“The whole town is hyped up about it,” Mickaela added.

The girls will come together momentarily during the game to perform a joint halftime routine. But once the music stops, they’ll return to their separate sides of the field.

The three girls said the occasion becomes very competitive among fans, cheerleaders and football players alike, and they said it can be odd cheering against friends.

“You’re rooting for your own team to win, but your best friend is on the other team,” Mickaela said.

The girls will veer away from traditional cheer uniforms tonight, but their garb still will reflect their separate loyalties. Mickaela and Hannah will be wearing football jerseys and knee-high socks in Monarch blue and red. Quinn will be outfitted in a black Civil War t-shirt with R.A. Long spirit socks.

The two squads will have cheer-offs, where they yell chants back and forth across the field.

But when the game ends and the face paint is washed from their faces, they’ll return to being friends – maybe.

“I don’t know about that,” Quinn responded with a grin.

At top, a 2006 photo illustrates the early careers of, left to right, Mickaela, Quinn and Hannah.