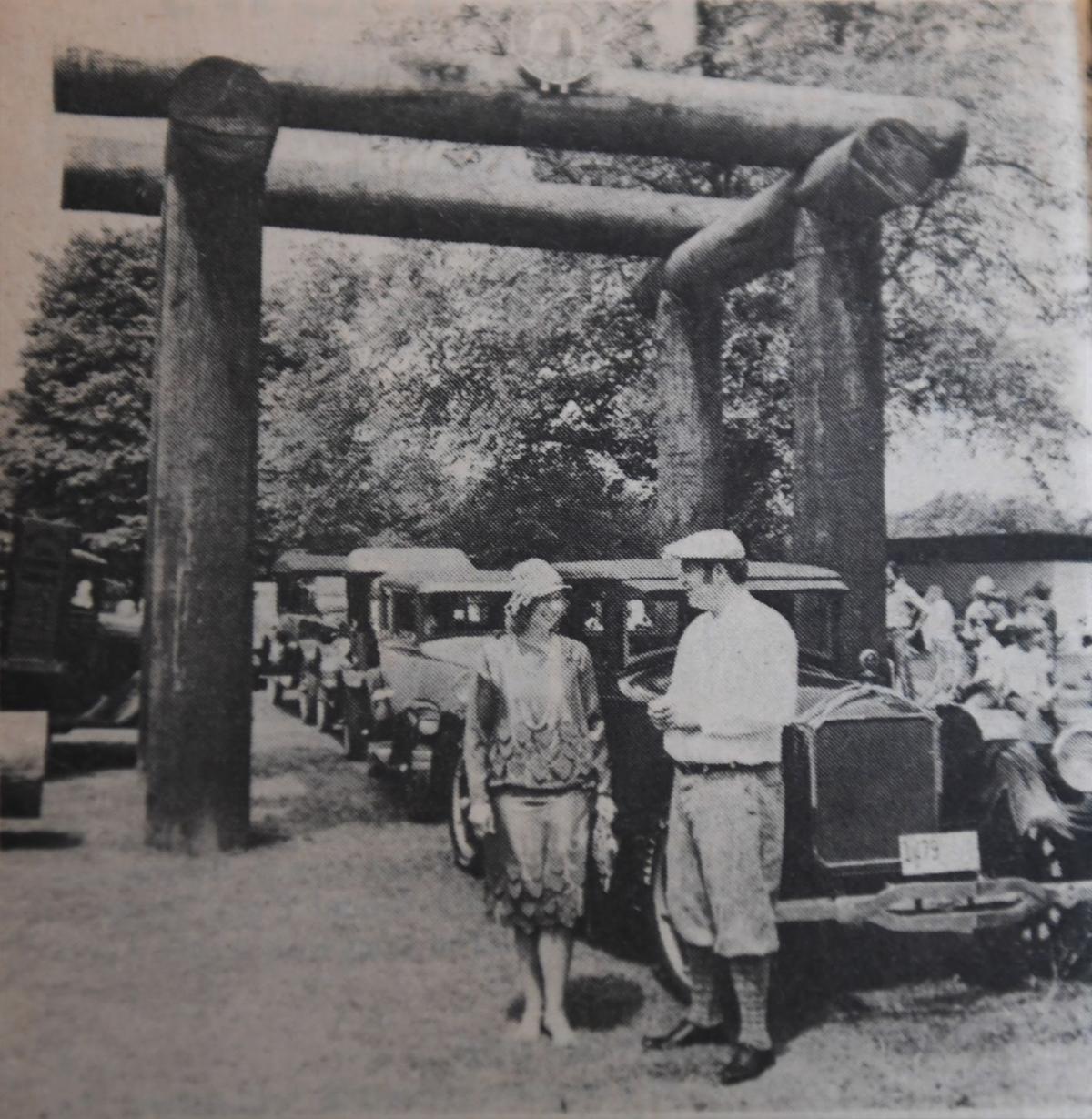 A family drives a historic car through Longview's log arch in this 1973 Daily News file photo. 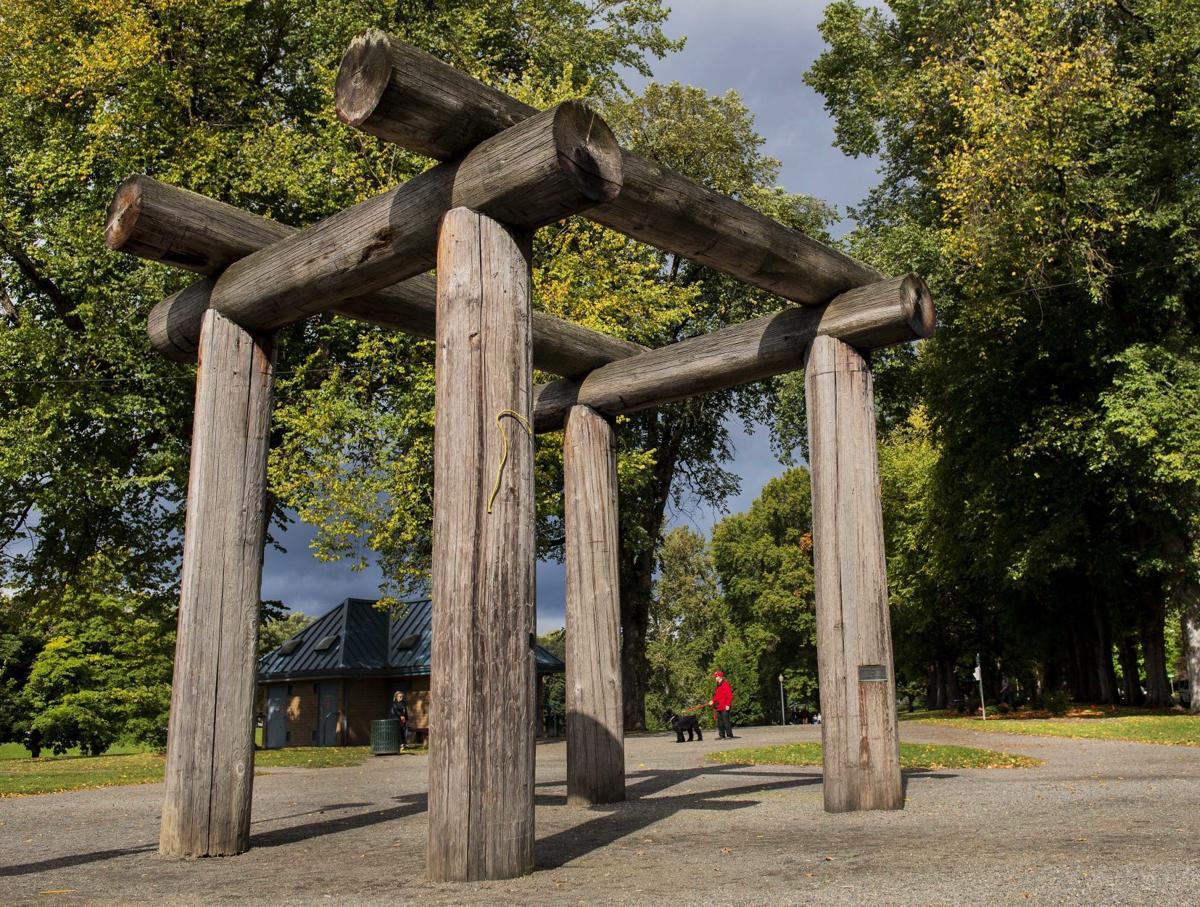 After standing for 43 years in the heart of Longview, the log arches at Lake Sacajawea were removed in October 2019 due to structural concerns.

The city’s Historic Planning Commission voted Monday night to approve a proposal by the Longview 23 Club to replace the long-standing log arch that had been located in Lake Sacajawea Park’s Hemlock Plaza. The arch was demolished in October 2019 after a city inspection found the base had unrepairable wood rot.

Variations of the log arch have popped up in Longview over the last century. Temporary versions were erected for newcomers arriving in town in 1924 and during the city’s 50th anniversary celebration. The Longview 23 Club donated a permanent replica of the arch to the city in 1976 and is leading the push to rebuild the monument.

Longview 23 Club Vice President Abe Ott told the historic commission the club had about $24,000 in material and construction equipment involved in the arch project, along with donations of time and material.

The club’s proposal for the replacement project is going ahead without one proposed piece: a wooden “Welcome to Longview” sign that would hang from the upper beams. The historic preservation commission’s vote approving the arch excluded the sign, after a previous vote split the committee down the middle on whether it should be included.

Concerns about the sign were based in worries about muddying the history of the arch. The Longview 23 Club’s proposal for restoring the log arch is meant to restore the version that had been standing in the park for the last 40 years. The sign was not part of that archway, but had hung from the earlier version of the structure in the 1920s.

“What we’re seeing here is a tribute of a tribute,” commission member Nathanael Light said. “Recreating the 1924 arch is not what we’ve been told is the goal of this.”

The commission asked Ott to come back later with a separate proposal outlining the interpretive plaque that would offer a partial history of the log arch. The later proposal could include a second attempt at getting the hanging sign approved.

“I don’t think the sign should be a make it or break it point. The arch is the most important part,” commission member Arthur Chang said.

Ott said the Longview 23 Club hopes to construct the arch between May 2022 and the Fourth of July. The construction would be one of at least two pieces of renovation scheduled to happen at Lake Sacajawea Park early next summer.

The Longview City Council passed an emergency moratorium for its downtown corridor Thursday, keeping all nonprofits and many for-profit busine…

COVID: HOSPITALIZATIONS AT ALL TIME HIGH

A family drives a historic car through Longview's log arch in this 1973 Daily News file photo.

After standing for 43 years in the heart of Longview, the log arches at Lake Sacajawea were removed in October 2019 due to structural concerns.