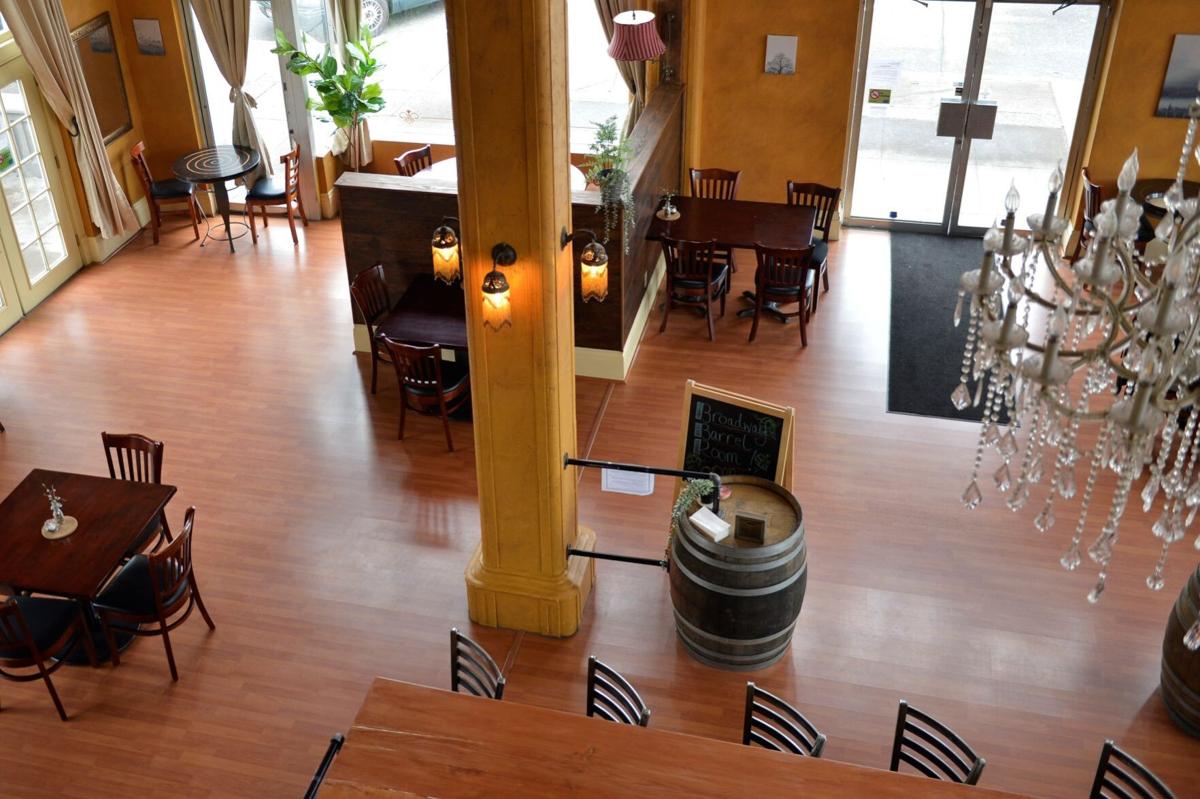 The view of the main dining area of the Broadway Barrel Room from the balcony behind the bar. 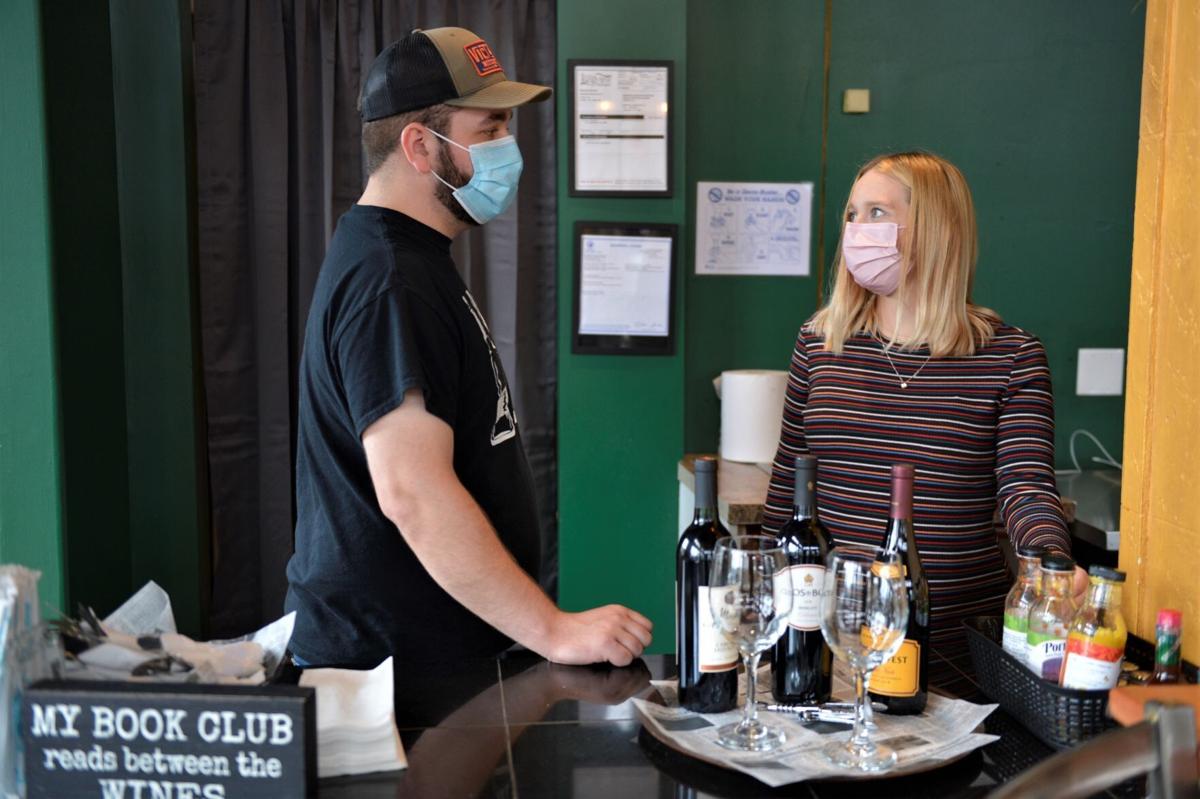 Jacob and Jacquelyn Misiak behind the counter at the Broadway Barrel Room on Friday, Sept. 17.

Broadway Barrel Room quietly opened earlier this month in the large space at the corner of Broadway and 14th Avenue. The tap house brands itself as an all-ages establishment with a pared-down food menu and a collection of regional beers.

First-time restaurant owners Jacob and Jacquelyn Misiak were fine with a slow start to ease into the business. The couple has spent little time or money promoting the new business, but the high-profile location and word of mouth has started attracting customers and encouragement from other business owners.

“We’ve gotten owners coming over to introduce themselves, saying if there’s anything we need, let them know. They’re really helping us get more involved in the Longview community,” Jacob Misiak said.

The Misiaks are longtime Kalama residents who had been considering starting their own tap house for years. Jacquelyn Misiak has been on the service side of the food business for years and she and her husband both have strong opinions about beer.

Jacob Misiak said he was driving through Longview this spring when he saw the space was available for rent. The couple visited the building multiple times during its previous life as Cassava Coffeehouse. Cassava announced it was closing late last year when Washington brought back restrictions on indoor dining.

The location was a major draw for the Misiaks, both because of the options within the building and the growing number of other tap houses near downtown Longview. Antidote Tap House sits on the other side of 14th Avenue and Tapped Roots is a few blocks east on Broadway.

Rather than seeing the other businesses as competition, the Misiaks hoped the multiple options would help curate an appealing downtown atmosphere.

“I lived in downtown Vancouver for a while and the beer scene down there is part of the community. What we wanted to do is bring that feel to Longview,” Jacquelyn Misiak said.

Customers who visited Cassava before will recognize many of the same ornate features at the Broadway Barrel Room. Chandeliers and light fixtures on the pillars flood the building with light. A small second-story balcony overlooks the bar and main dining areas. The upper area is not set up for service and the Misiaks still are debating how much they’ll end up using that space.

The drinks are the main attraction for the tap house. The restaurant is starting out with 18 beers on tap, the majority of which come from small regional providers such as Fortside Brewing in Vancouver and Tieton Cider Works in Yakima.

“I go through and try to get a good variety, so at least something will please everybody,” Jacob Misiak said.

The Barrel Room’s menu offers salads, flatbread pizzas and a scattering of sandwiches and appetizers. Jacquelyn Misiak said the small menu largely was tied to the challenges in finding restaurant equipment during the summer as they prepared to open.

The food options also include a kids’ menu, part of an effort to make sure the restaurant can handle all ages of customers. The Misiaks have a 2-year-old daughter and are expecting a second child soon, so having the business be family-friendly was a priority.

“As new parents we definitely ran into that trying to find food options, because a lot of places are strictly 21 or over,” Jacquelyn Misiak said.

Starting a new business with a toddler at home has not been easy. Both the Misiaks have grandparents near Kalama who help watch their daughter while they manage the restaurant. Jacquelyn Misiak will take some extended time at home closer to her due date.

The couple plans to hold a more formal kickoff event for the Broadway Barrel Room in the upcoming weeks.

Contact Daily News reporter Brennen Kauffman at 360-577-7828 or bkauffman@tdn.com for possible inclusion in the series.

A West Side Highway building with a revolving door of businesses now holds its latest venture: A tap house with indoor and outdoor bars, views…

The view of the main dining area of the Broadway Barrel Room from the balcony behind the bar.

Jacob and Jacquelyn Misiak behind the counter at the Broadway Barrel Room on Friday, Sept. 17.