A West Side Highway building with a revolving door of businesses now holds its latest venture: A tap house with indoor and outdoor bars, views and access to the Cowlitz River and a tiny house that doubles as a kitchen.

The latter two businesses were owned and operated by the Tiny Home Tap House Co-Owner Ken Matkowski. Matkowski said he has owned the building, which doubles as his home, since 1998. The tap house venture began after the March purchase of about 500 feet of additional riverfront property.

“There’s nothing like this in the area on the river,” he said. “We want to share this with the community.”

Tiny Home Tap House includes about 1,200 square feet in the longstanding building with high-top tables, big screen TVs and a full bar and kitchen. After a planned expansion, Matkowski said seating capacity will reach about 30.

Outside, the Tiny Home Tap House opens up to about 5,000 square feet of patio, including another full outside bar, firepits, seating inside and outside a tent, views of the Cowlitz River and a sandbank to access the establishment from the water. A tiny house behind the bar includes a full kitchen.

Matkowski said sampling local beers as a hobby turned into a business when he and fellow contractor Tom White decided to open their riverfront hangout to the public. The woodworkers built all the live-edge bars and high-top tables out of Douglas fir and are expanding the inside seating area themselves, White added.

Hours: 3 to about 10 p.m., Tuesdays through Saturdays.

Matkowski said customers must be 21 years old or older. He suggested guests park in front of the building or across the street, where they can use a crosswalk to reach the tap house.

‘My kind of place’

Matkowski said customers can enjoy cornhole year round, indoor and outdoors, and Cowlitz River views of passing boats and wildlife. His wife, Barbie, said she has watched juvenile bald eagles grow up in a nest near the outside bar. She said the establishment is pet friendly and suggested families bring blankets to sit on the nearby sandbank and passing kayakers land on the shoal.

Emery Parrill and Chris Sodowsky, both of Longview, said they stopped by the tap house for the first time on their way home from their Castle Rock job Friday.

“This is my kind of place,” Parrill said, pointing to the pub’s sandbank. “Go in there and throw a fishing pole in and you’re good.”

Local residents who need help restoring their home or business after a busted pipe, heavy rain or accidental fire have been calling Ryan Grady…

Bryce Clary, with the local auto dealership Bud Clary and Finch Drive, LLC, said the company “has worked with the City of Longview and USFWS, and has obtained the necessary permits to remove an unsafe tree from the property around Finch Drive in West Longview.”

COVID: HOSPITALIZATIONS AT ALL TIME HIGH 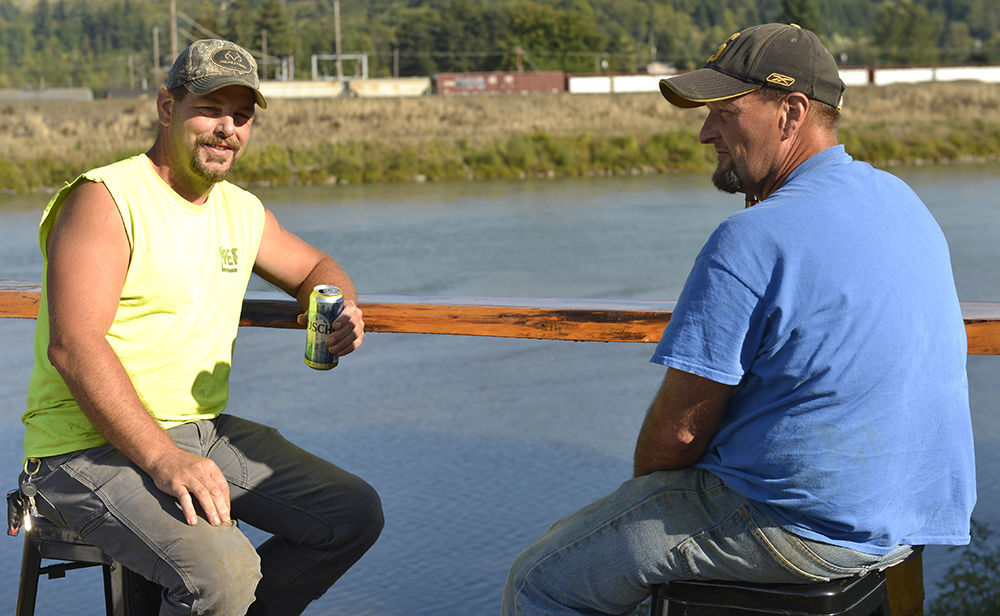 Emery Parrill, left, enjoys a can of Busch on Friday with Chris Sodowsky on the custom-built bar overlooking the Cowlitz River at Tiny Home Tap House in Kelso. In addition to domestics, the tap house has 12 rotating taps featuring local and regional craft beers. 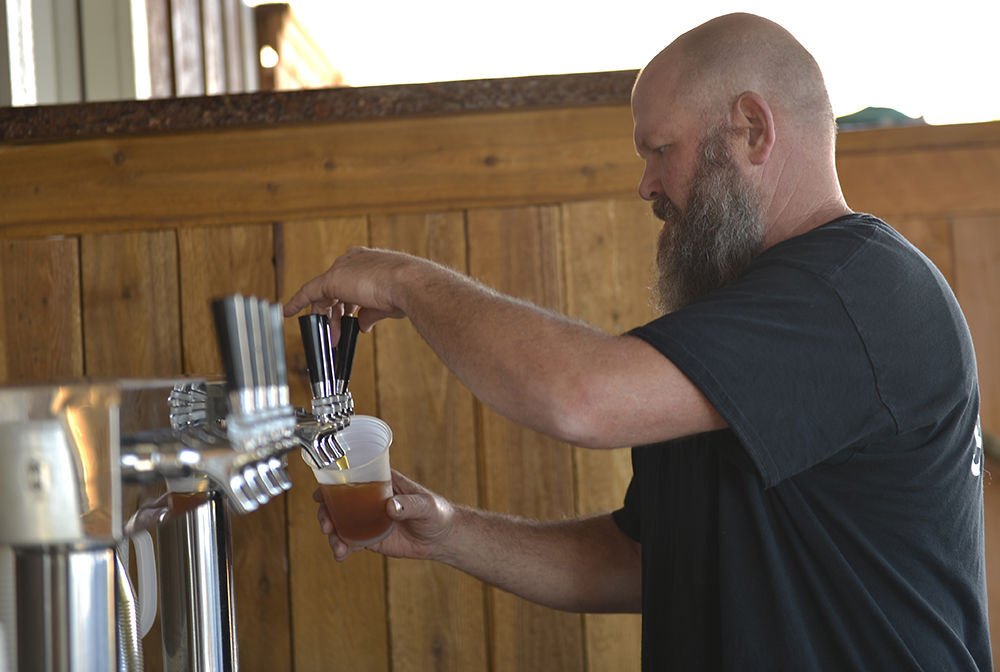 Co-owner Tom White pours an IPA by Explorer Brewing Company of Kelso on Friday at the Tiny Home Tap House's outside bar in Kelso. 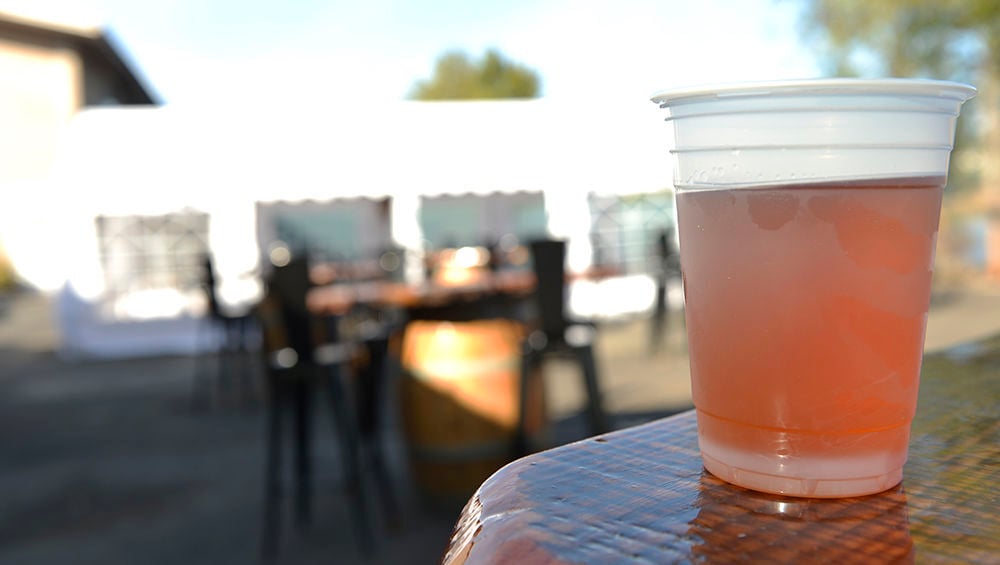 An Explorer Brewing Company IPA sits on an outside bar at Tiny Home Tap House on Friday in Kelso. The pub's outdoor seating, inside and outside a tent, is in the background.