KALAMA — Northwest Innovation Works on Friday notified the Port of Kalama it will terminate its lease, ending its seven-year effort to build a $2.3 billion methanol plant at the port.

Project supporters — including the port, Cowlitz County Commissioners, labor groups and state lawmakers — mourned the loss of the project and its potential boost for the county. Conservation groups and residents who opposed the plant applauded the announcement.

“NWIW did everything right, and their understandable decision to pull out of this project is a real loss for families trying to make ends meet, the future of economic development in our state, and our environment,” Port Commissioner Troy Stariha said in a statement. “The project also would have been a huge revenue lift for schools, police, fire, roads and other services in our area. It is yet another lost opportunity in southwest Washington.”

The state Department of Ecology denied a key permit for the project in January, the latest in a long line of setbacks for the project. Northwest Innovation Works said in a press release in light of the decision, the “regulatory environment has become unclear and unpredictable.”

The company halted work on the project to “assess the new regulatory and political landscape and determine an appropriate path forward.”

“Together with our partners, we remain committed to addressing the global climate challenge, creating jobs and economic growth, and are moving forward in developing other innovative net zero projects to produce zero carbon hydrogen and related products,” the company stated.

The plant would have converted natural gas into methanol for use in plastics manufacturing in China and would employ about 200 people, according to the company. Northwest Innovation Works volunteered to mitigate all in-state emissions, with a preference for in-state and regional projects.

Columbia Riverkeeper Executive Director Brett VandenHeuvel said the Department of Ecology listened to the concerns of local communities and made a decision “based on strong science and good policy.”

“We engaged in some litigation along the way, challenged permits. That was an important part of this but it really came down to local communities convincing state leaders that we need to go in a clean energy direction,” VandenHeuvel said Friday. “I applaud the amazing families in Kalama and Cowlitz County who stood up to protect their community from fossil fuels. They were truly inspirational and spent huge amount of time trying to protect the place that they love.”

First proposed in 2014, Northwest Innovation Works, the port and supporters have promoted the plant as a way to bring in jobs, revenue and local taxes to the area.

The project would have created 1,400 construction jobs, 200 permanent jobs and generated millions of dollars in local taxes, according to the company.

Conservation groups and some area residents have opposed the project for years, criticizing its proposed use of fracked gas, emissions and the potential use of the methanol as fuel.

The county in September 2019 affirmed the shoreline permits previously granted two years prior. Instead of approving or denying the permits, Ecology in November announced it would conduct its own greenhouse gas study after it determined the analysis provided by Northwest Innovation Works and the Port of Kalama was inadequate.

The final version of the study published in December 2020 concluded the plant could result in less global greenhouse gas emissions than other methanol sources but still would cause an overall increase.

The project would produce about 1 million metric tons of in-state emissions annually, making it one of Washington’s top 10 emitters, according to Ecology’s analysis.

Northwest Innovation Works maintained the project would have a net decrease of global greenhouse gas emissions.

Another setback came in November 2020, when a federal judge vacated the project’s federal Clean Water Act permits, sending the project back to the U.S. Army Corps of Engineers for a new environmental review.

Ecology denied the shoreline permit in January 2021, citing the results of its greenhouse gas study and inconsistencies with the Shoreline Management Act. The company and the port appealed the decision. The appeal was still pending as of Friday.

Port of Kalama officials pointed to the state’s “regulatory and political environment” as the reason the effort failed.

“This was the kind of innovative, job-creating project that originally was supported by the governor’s office,” Port Director Mark Wilson said in a statement. “Jay Inslee stood on Kalama’s waterfront to tout the climate benefits of the project, then turned on us when he ran for president. All the state has accomplished is to encourage more severe greenhouse gas emissions outside the borders of Washington and declare a false climate victory.”

Inslee supported the project when it was first proposed as a way to help reduce greenhouse gas emissions and transition to cleaner energy sources, but in May 2019, he said he opposed the project.

“I am no longer convinced that locking in these multidecadal infrastructure projects are sufficient to accomplishing what’s necessary” to combat global climate change, he said in a prepared statement. “The impacts of climate change are already coming to bear, and scientists are saying that unless we reduce (carbon) emissions by half over the next decade, we will reach an irreversible tipping point.”

Inslee and Ecology said the governor’s stance didn’t change the state’s regulatory process and its objective review of projects.

The state required an “unprecedented” series of environmental studies, all of which demonstrated a significant net reduction in global greenhouse gasses, the port wrote in its statement.

“We’ve lost an opportunity to become a global showcase for innovation and environmentally conscious manufacturing in Washington,” said Port Commission President Randy Sweet in a statement. “Unfortunately, this is part of a larger pattern of the unwillingness to listen to differing opinions and find common-sense, balanced solutions.”

As the project hit roadblocks, port and other Cowlitz County officials voiced concerns about what the process may mean for future projects.

“This project would have brought manufacturing jobs back to the U.S. from China and significantly lowered a host of environmental impacts,” said President of the Cowlitz Economic Development Council Ted Sprague. “The reduction in global greenhouse gases would have been greater than the (greenhouse gas emissions) of Seattle. If not a project with benefits like this, then what is good enough?”

Senate Republican Leader John Braun, R-Centralia, said in a statement that Northwest Innovation Works and the project were welcomed, “until politics got in the way.”

“If the bills passed during this year’s legislative session are any indication, the only things the governor’s climate agenda will produce are higher fuel costs for the people of Washington, regardless of their income level,” Braun said. “There’s no reason to believe it will lead to the employment and economic activity Cowlitz County workers and families deserve. The promise of good-paying jobs in this part of Washington has been sacrificed on the altar of environmental activism.”

Riverkeeper’s VandenHeuvel said the state’s economy is strong and growing because of its clean energy policies and because it’s a desirable place to live and do business.

“I’m hopeful that new, innovative projects that are consistent with our clean energy goals will … help our economy even more,” he said. “What we know is that dirty fossil fuels like coal, oil and fracked gas are in the rearview mirror. We’re moving rapidly towards a clean energy economy and Washington is leading the way.”

“I applaud the amazing families in Kalama and Cowlitz County who stood up to protect their community from fossil fuels." - Columbia Riverkeeper Executive Director Brett VandenHeuvel

With a weekly newsletter looking back at local history.

KALAMA — The Port of Kalama will shut down its wastewater treatment plant after about 25 years because it’s not cost effective to operate.

The exit will reopen by 5 a.m. Friday and a detour route will be available. Local users will also still have access to the area, according to the Cowlitz County Department of Public Works.

The commissioners also approved an easement payment to the Consolidated Diking District No. 1 of Wahkiakum County for a .38 acre easement on Puget Island, which the Port of Longview also approved at its Wednesday meeting.

The Columbia County Board of Commissioners gave tentative approval July 14 to the Port of Columbia County's request to rezone 837 acres from agricultural to industrial land.  Northwest Innovation Works, which recently cancelled its plans to build a methanol refinery at the Port of Kalama, signed an option to lease agreement with the port for the rezoned area in 2019. 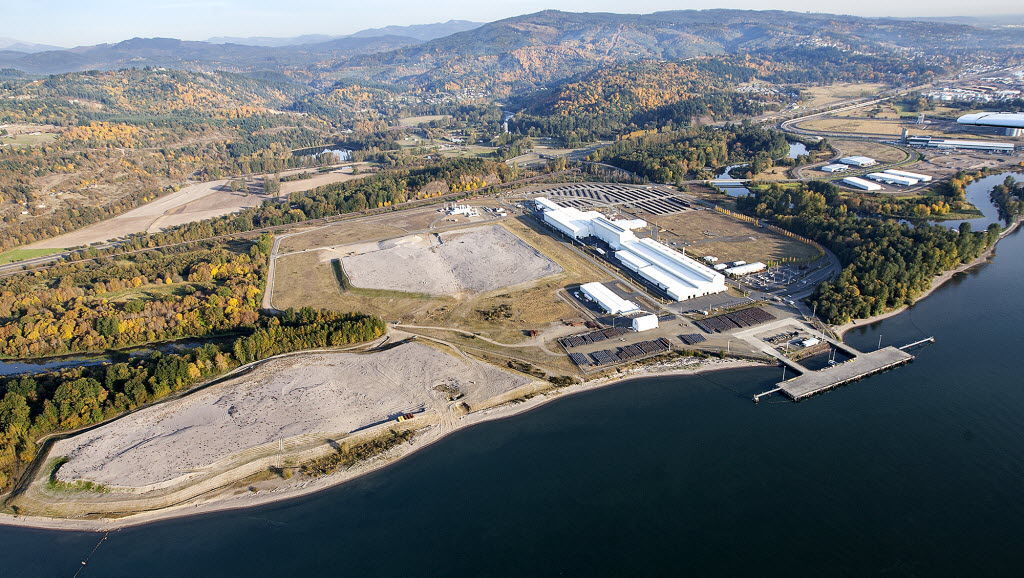 A vacant property at Port of Kalama adjoining the Steelscape is the site of a proposed $2.3 billion methanol plant. 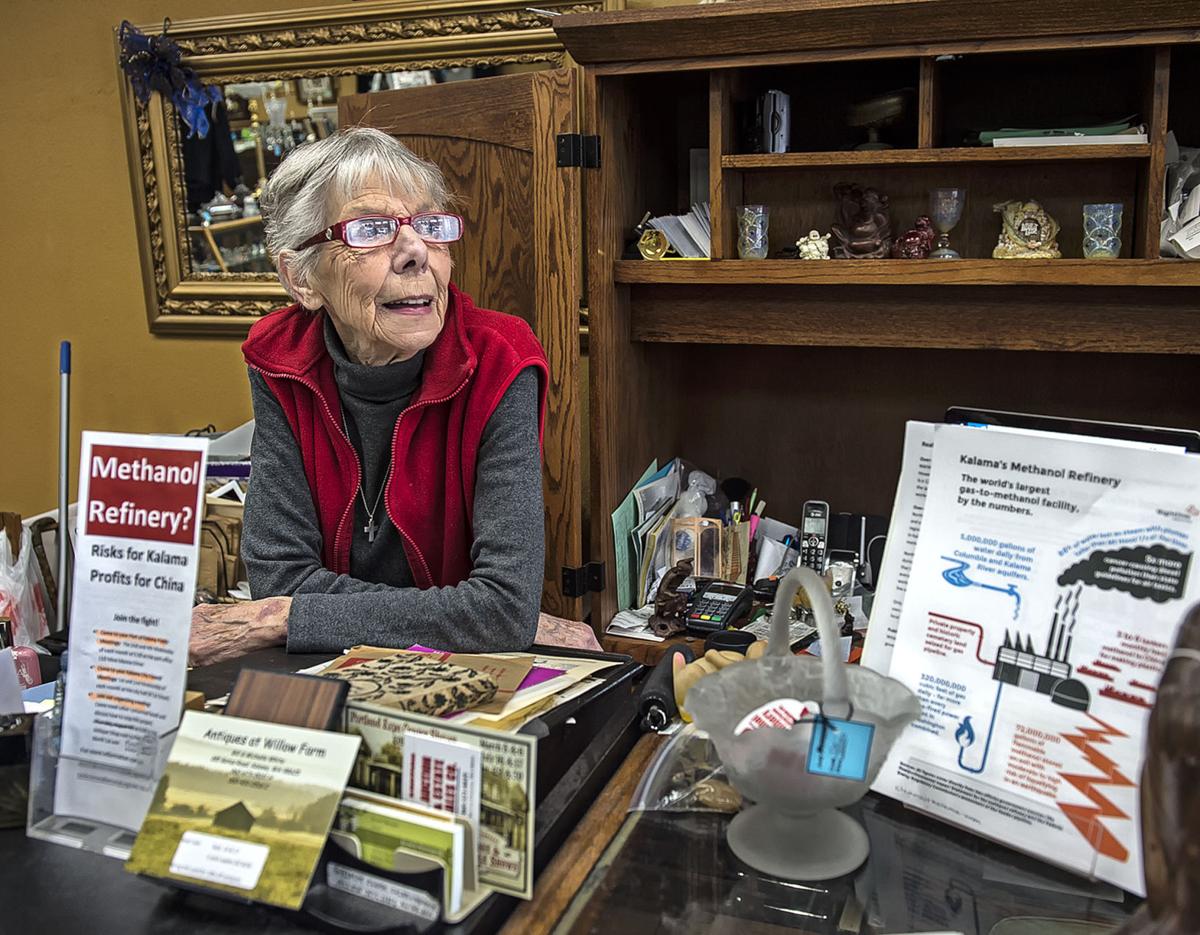 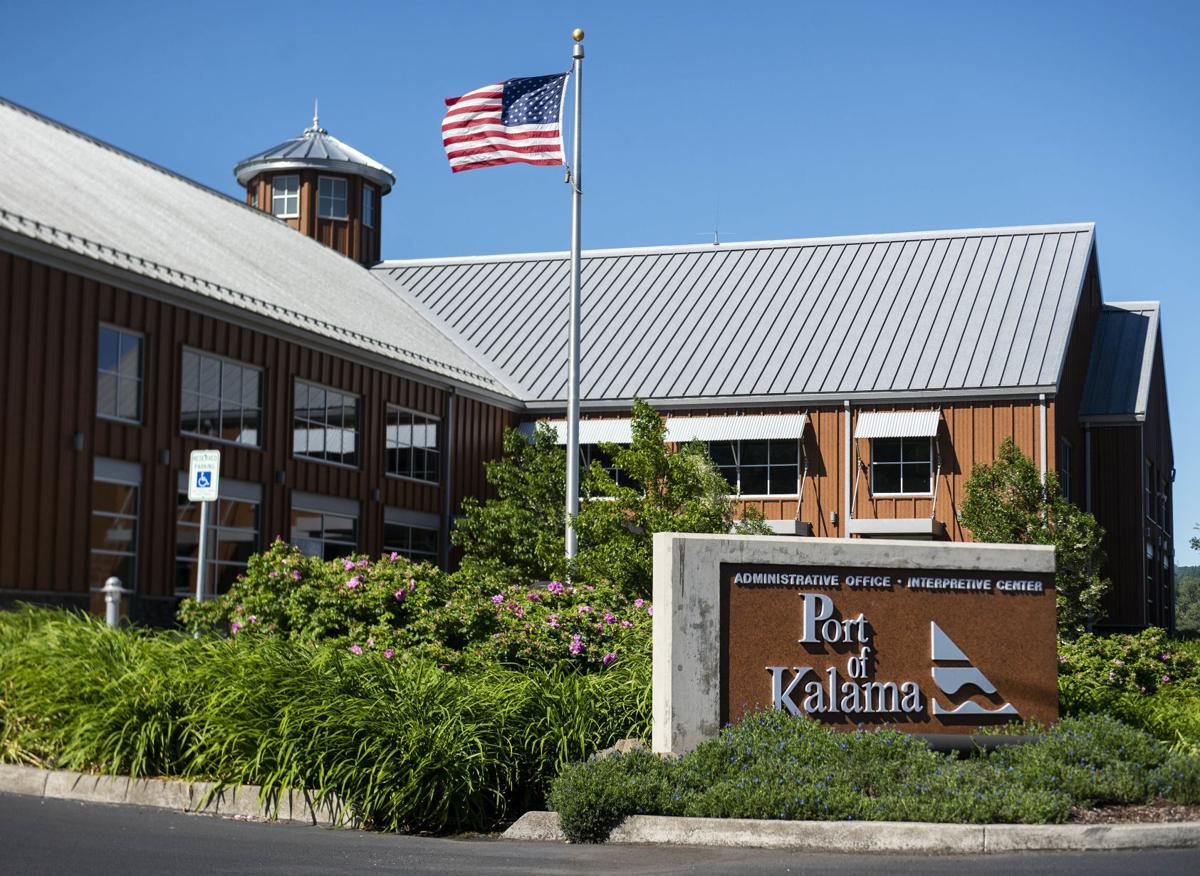 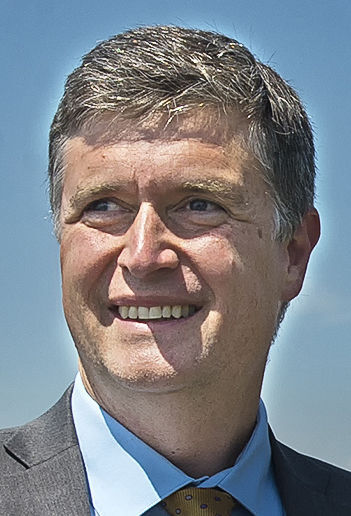 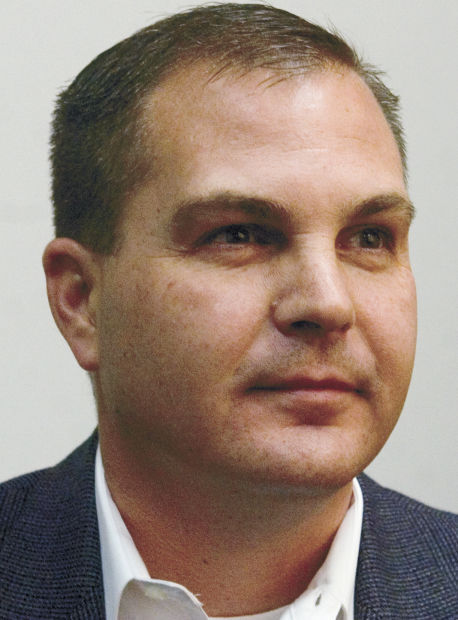