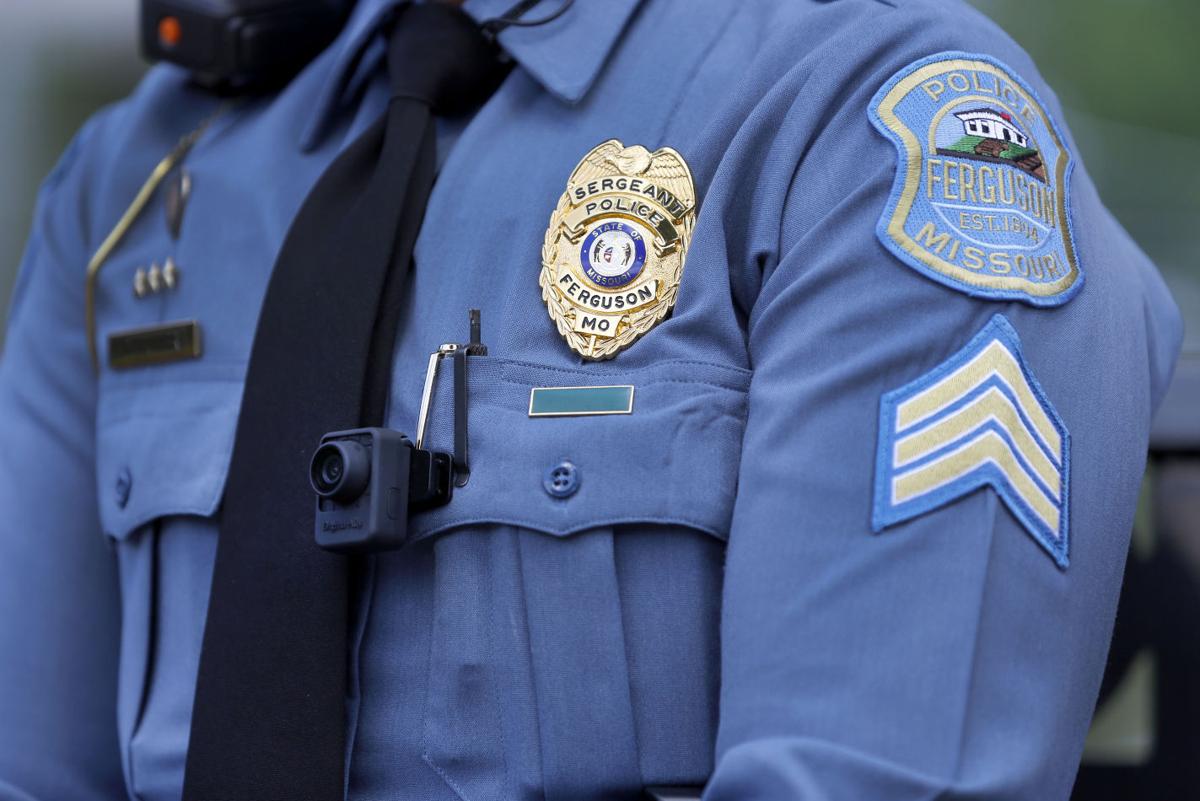 Ferguson police Sgt. Dominica Fuller wears a body camera July 23 as she speaks during an interview in Ferguson, Mo. Within weeks of Michael Brown's death last year, Ferguson police began wearing the cameras that were donated to the city. Just 15 of Washington state's 300 police agencies use body cameras, none of them in Cowlitz County. 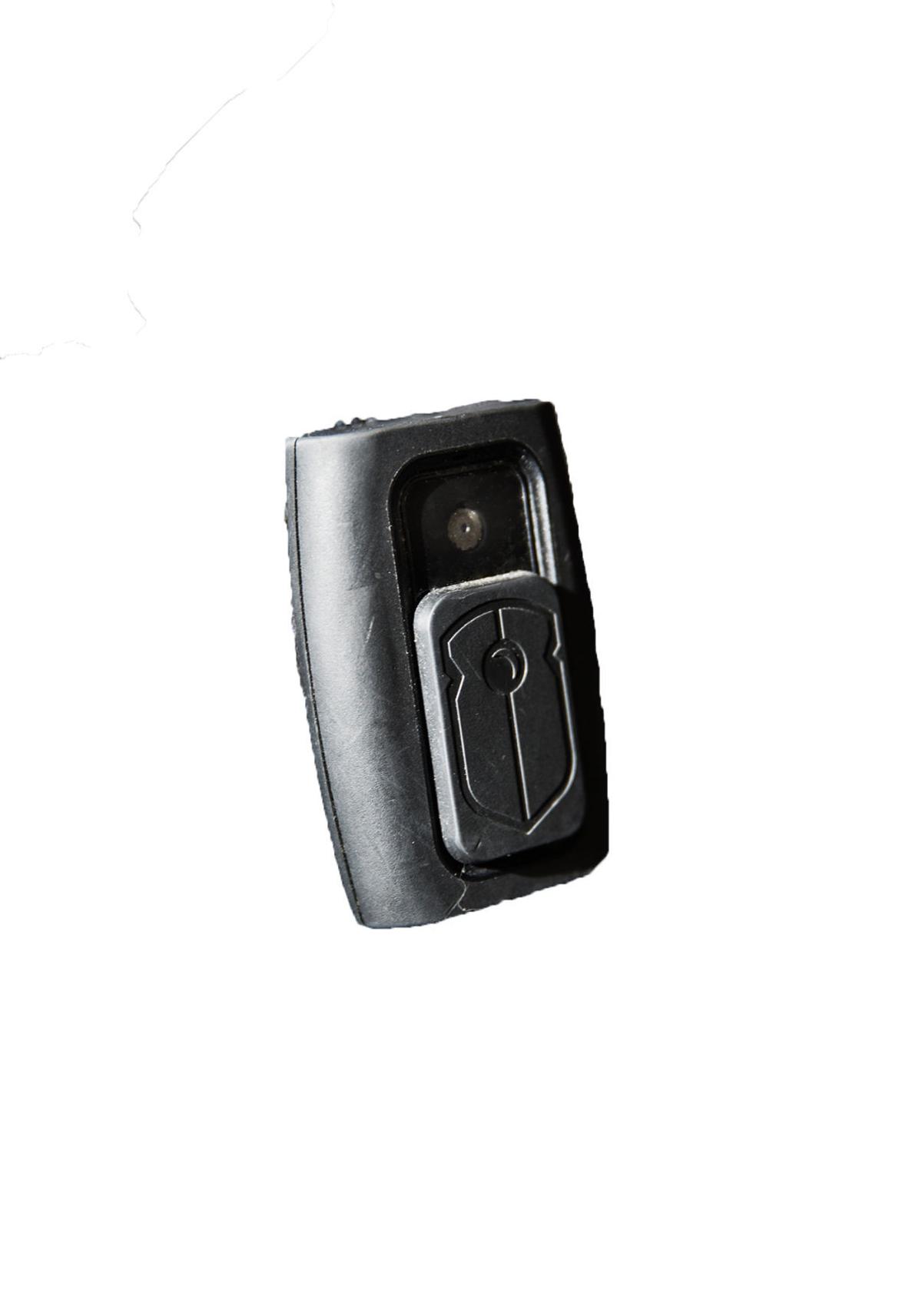 A wearable camera that police can use.

Of course, it’s more complicated than that.

While cameras have been shown in studies to reduce officers' use of force and stem complaints against police departments, there’s one big hurdle to adopting them here.

“I love the idea of body cameras — any place but Washington state,” said Kelso Chief Andrew Hamilton. “It’s not about the cameras, or any secondary thing. It is about the cost of our public records disclosure law.”

The state’s public records law is among the strongest in the country. So for a camera program, every minute of video needs to be stored, accurately recorded and accounted for should a public records request arise.

“It’s not only the liability of that, but the cost to hold videos, the equipment, the person who has to answer all these claims — and we’re not able to recoup those costs,” Hamilton said.

The state’s police and sheriff’s association said those costs could go well beyond what departments might pay for the equipment, and that those costs may outweigh the benefit of a camera program.

The local chiefs agree there are many benefits. But at the end of the day, Duscha said that the money — he estimated $375,000 to start and about $200,000 a year for a body camera program — is best used elsewhere in the community.

“Those are hundreds of thousands of dollars that could stay in the general fund and could go to fixing roads,” he said.

Body cameras have come into the national spotlight for their role in — or absence from — officer-related shootings in the past few years.

A Department of Justice study says about a quarter of the country’s 17,000 police agencies use body cameras. In Washington, about 15 of 300 agencies use them, including Seattle, Spokane and Bellingham.

“Cameras have the potential to be a win-win, helping protect the public against police misconduct, and at the same time helping protect police against false accusations of abuse,” the American Civil Liberties Union wrote in March, adding that the cameras need clear guidelines to protect those on both sides of the camera.

Proposed rules point to victims’ privacy — nearly all recordings can be made public under state law — when cameras need to be on or off and ensuring protection from police surveillance.

The state ACLU cautioned in a December report that perhaps “the value of body cams to the public is being oversold," and that "they bring a host of new problems that have no easy solutions.”

Camera companies are certainly marketing them as essential, with Taser (the stun gun manufacturer) advertising its body cameras with lines like: “Watch the complaints drop” and “Your officers and your community will both be safer.”

But without the right rules, the ACLU warns, and without changes to public disclosure laws, local police chiefs say, the cameras can cause more trouble than they save.

Despite the noted problems, there have been proven benefits to the cameras.

According to the Police Foundation‘s 2013 study in Rialto, Calif., the use of force by officers was cut in half and police complaints dropped off significantly with a controlled use of body cameras over a year.

The findings were not surprising “...because of the fundamental tendency of rational beings to exhibit more desirable behaviors they they know they are under surveillance,” according to the study.

The Washington Association of Sheriffs and Police Chiefs touts those benefits, plus the ability to resolve cases and claims faster and to increase public trust. But the association acknowledges that without limits on records requests, body cameras become a logistical burden.

“We think they’re good; they offer a large number of benefits to communities they serve,” WASPC Policy Director James McMahan said. “We don't think we have to take one with the other. We think the Legislature can give us some relief (from open records mandates) and allow us and our communities to reap benefits.”

A bill to tweak the public records law for body cameras gained little traction during this year’s legislative session. McMahan said the changes would have limited the scope of requests — avoiding the dreaded “any and all” or “all videos of a person in a red shirt”-type requests — and helped with redactions.

Allied Daily Newspapers, a lobbyist group for state media, normally opposes any tightening of the state's disclosure laws. But a "handshake agreement" on a compromise bill this session found restrictions both sides could live with, Allied Executive Director Rowland Thompson said.

He said videos shot entirely on private property, containing nudity or sexual activity or a recognizable juvenile would be restricted, though still ultimately available. Someone who sues for such videos just would not have their costs covered.

"I think it’s fairly likely it will pass next session," Thompson said. "Something needs to be done to set up a scheme around them."

Chief Hamilton said the benefits of adopting cameras are clear, but without the changes, “It’s easier and more cost-effective not to do it than it is to do it.”

The Longview Police Department ran a brief trial of body cameras in 2010, but given the recession’s toll on police staffing, the cost would have been too much.

“We could see the pros and the cons, and there was a big expense, and that’s as far as that went,” said Duscha, who was a captain at the time. “We were laying people off. We couldn't look at body cameras for hundreds of thousands of dollars.”

And although increased accountability is good news for officers and citizens alike, Duscha warned it could be too much of a good thing.

“In Seattle, their number of complaints went down because their field contacts went down 85 percent,” he said. “Officers were afraid of getting in trouble, disciplined, fired or charged. Now they’re just driving by when normally they would investigate suspicious behavior.”

For now, since no orders have come from city councils or state laws to get cameras in use, don’t expect the next officer to pull you over to catch you on film.

Duscha said that would be just fine.

“Maybe in departments that are having problems it’s a good idea, but here it would be taking a whole lot of money to say, ‘Yep, your guys are doing a good job.’ ”

2. Complaints against officers are dropped or  resolved faster

Collision on I-5 near Kalama blocks right lane Thursday

A collision on the I-5 northbound near Kalama blocked the right lane around 11:15 a.m. Thursday and was cleared around noon.

KALAMA — Northwest Innovation Works on Friday notified the Port of Kalama it will terminate its lease, ending its seven-year effort to build a…

The lack of available properties and record-low mortgage rates means more people are trying to buy fewer homes, causing prices to spike and making affording a home today in Cowlitz County — like the rest of the country — more difficult.

Ferguson police Sgt. Dominica Fuller wears a body camera July 23 as she speaks during an interview in Ferguson, Mo. Within weeks of Michael Brown's death last year, Ferguson police began wearing the cameras that were donated to the city. Just 15 of Washington state's 300 police agencies use body cameras, none of them in Cowlitz County.

A wearable camera that police can use.