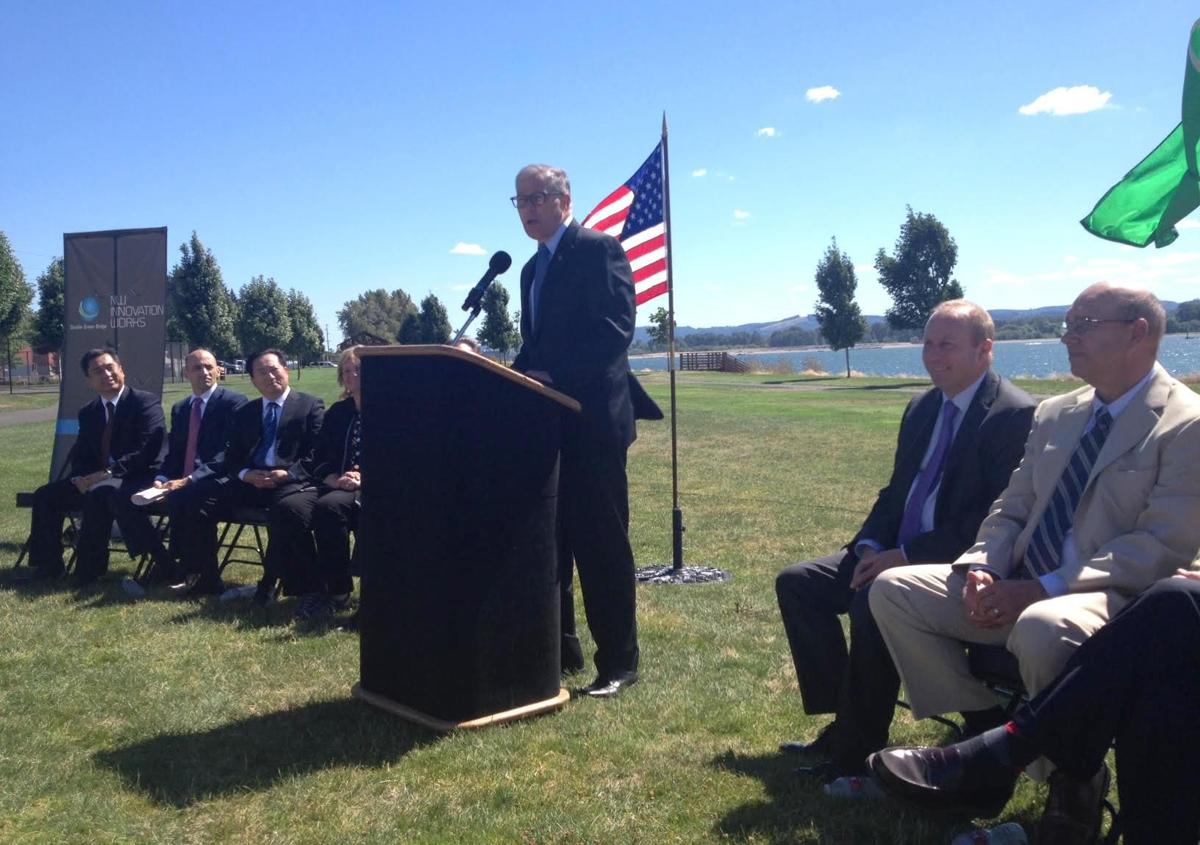 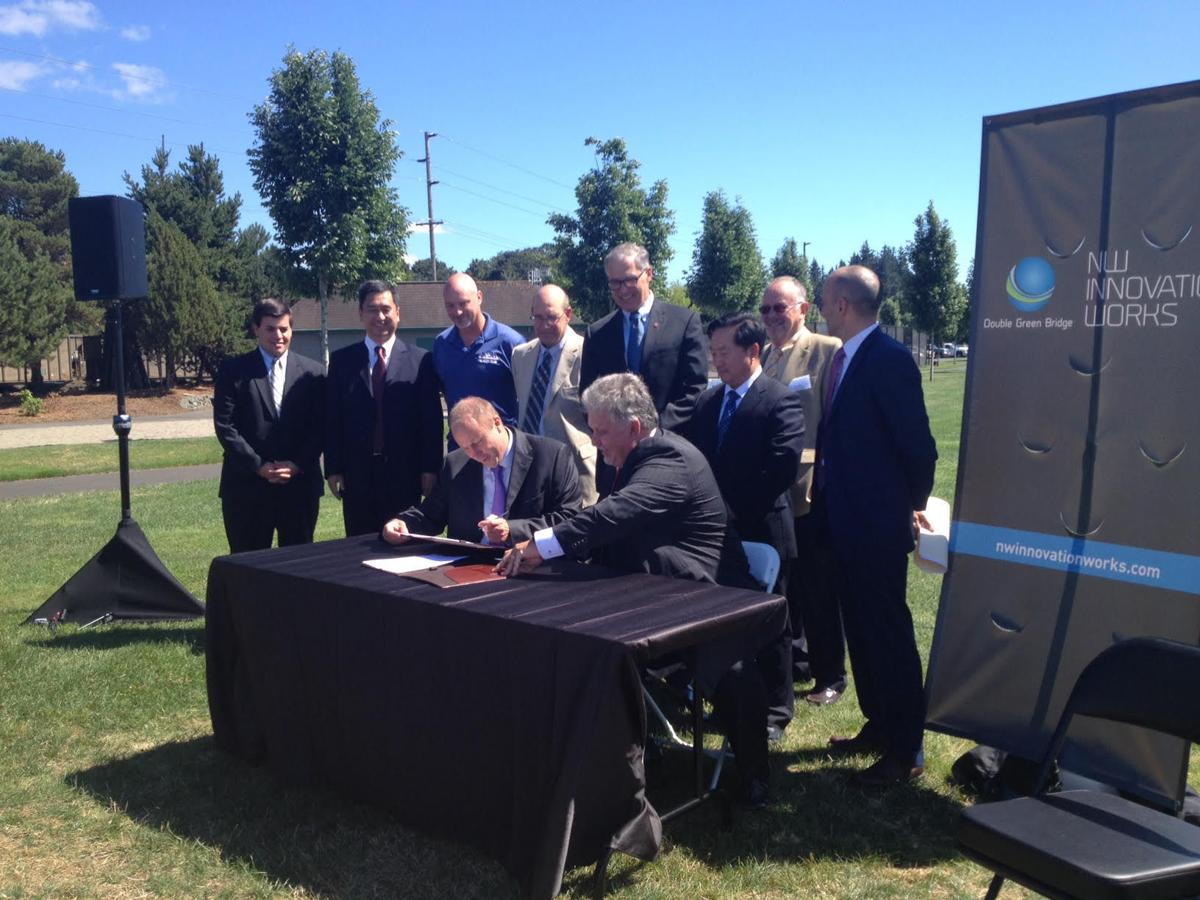 Northwest Innovation Works’ bid to build a $1.8 billion methanol plant at Port of Kalama is humming along: financing is secured; a draft environmental impact statement is expected in the fall; and the company announced Thursday it will be using a new technology that will drastically shrink the plant’s environmental footprint.

The Chinese-backed company plans to build three methanol plants in Kalama, Port of Tacoma and Port Westward in Clatskanie for a total investment of $5.4 billion. Each facility is expected to generate 1,000 construction jobs and 200 permanent jobs, according to NW Innovation Works.

“This partnership I think highlights China’s growing confidence in the people in the state of Washington. I think that bodes well for Washington’s future,” said Gov. Jay Inslee to a gathering of local politicians, government workers, businessmen and NW Innovation executives at Port of Kalama Thursday.

“In fact this is one of the largest foreign direct investments by a Chinese company ever in the United States,” he added.

Natural gas will be converted to methanol and exported to Asia to make olefin, a component used to produce plastics for many everyday products. Using natural gas is considered a cleaner method than coal, the typical feedstock for olefins in China.

All three projects are fully financed, but Kalama is further along in the permitting process than the other two locations, said Charla Skaggs, spokeswoman for NW Innovation Works. While a draft environmental impact statement for Kalama is expected in the fall, permitting for the Tacoma plant won’t start until late this year. Permitting for Port Westward will start sometime next year.

Through the state’s environmental permitting process, the company found that using traditional technology, the Port of Kalama plant would have emitted up to 1.3 million metric tons of carbon dioxide annually. Skaggs said the company wanted to find a way to whittle down carbon dioxide emissions, which scientists say is the leading cause of global climate change.

“ULE reforming technology will enable us to achieve our economic and environmental goals and cements our commitment to innovation and reducing impacts for the region,” Simon Zhang, chairman of NW Innovation Works, said in a prepared statement.

“NW Innovation Works and Johnson-Matthey are signing this agreement today ... that moves construction of the Kalama plant forward. And it moves our clean energy future forward at a very rapid pace,” Inslee said.

If all goes as planned, workers will break ground at the Kalama facility in 2016, and the plant will be open by 2018.

NW Innovation Works also says it’s committed to using union labor to build the Kalama plant. While it hasn’t cemented a project labor agreement yet, it has sent the Kelso-Longview Building Trades Council a “letter of understanding” that it will use union labor, said Mike Bridges, president of the council.

“Projects of this magnitude are important for entry-level apprenticeships,” Bridges said, which are crucial for bringing more people into skilled trades.