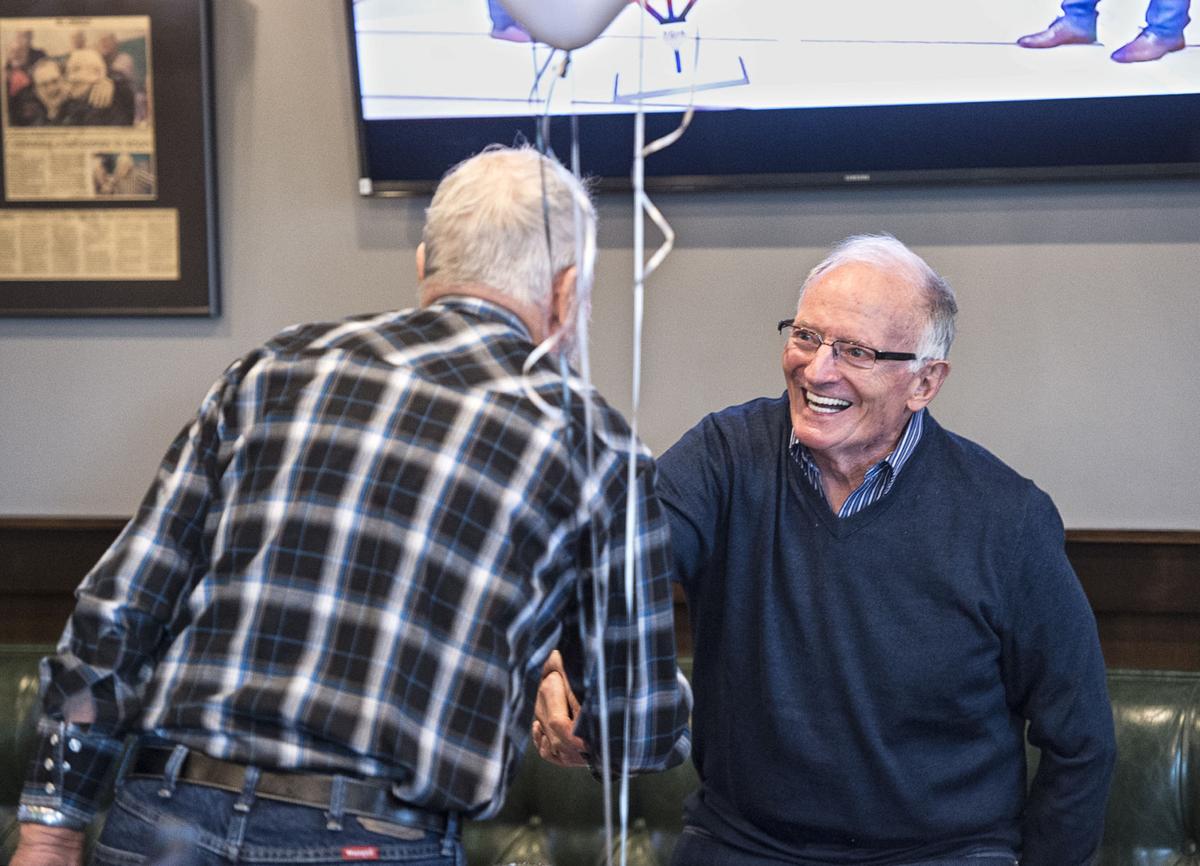 Don Rodman, right, greets a well-wisher at his 2018 retirement party. Rodman passed away on Feb. 12. 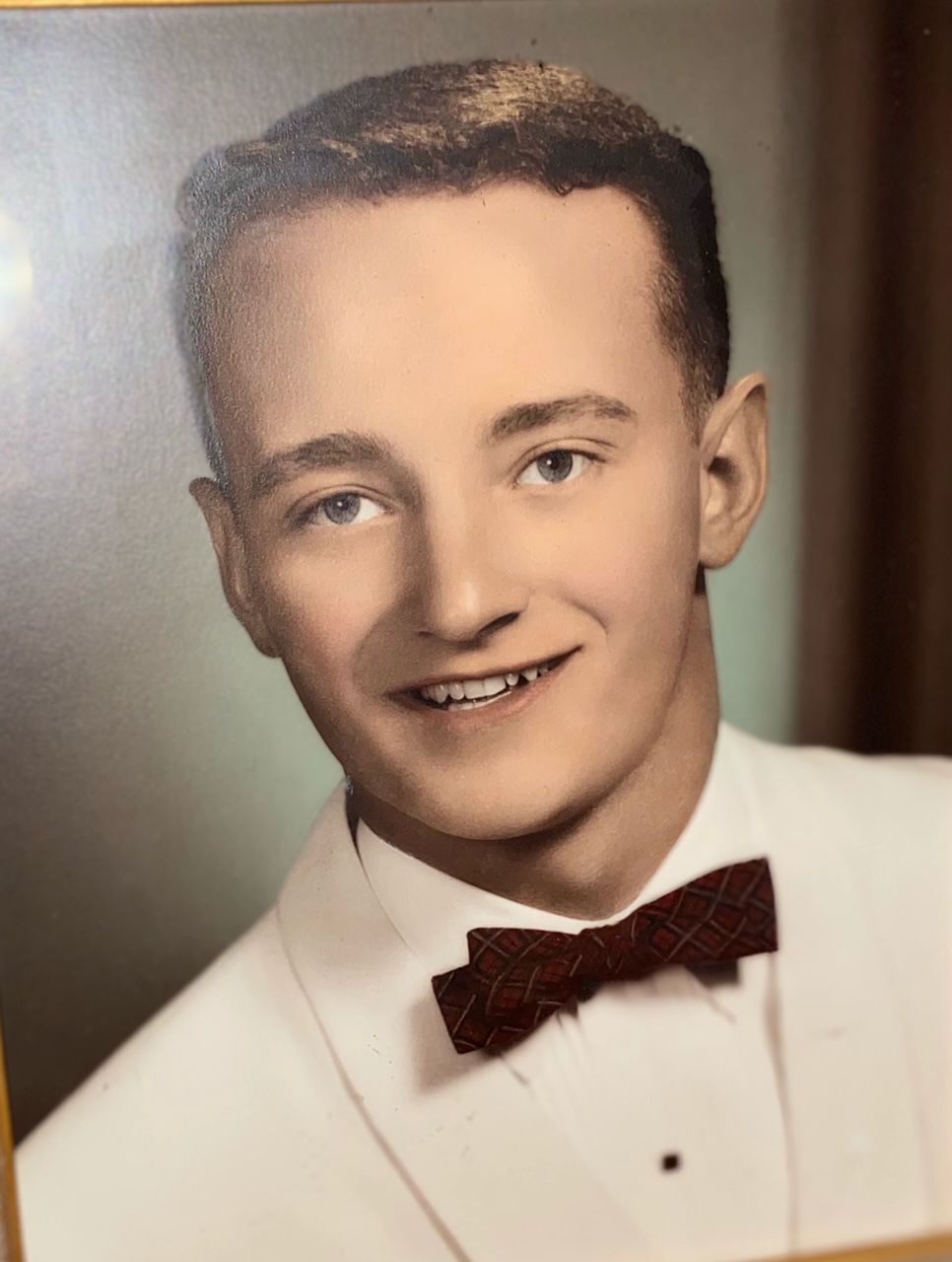 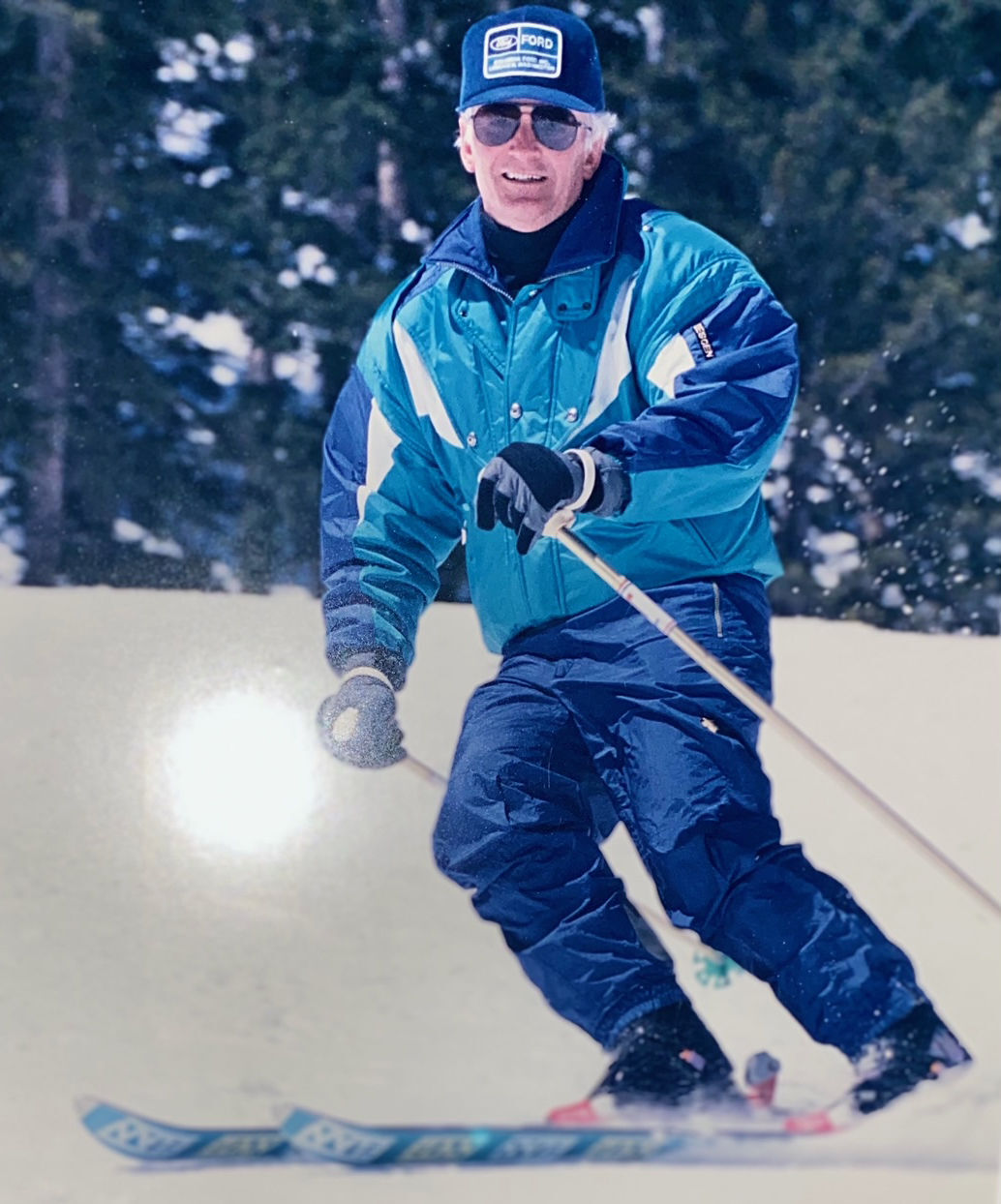 Don Rodman, of Longview's Rodman Realty, enjoys his hobby of downhill skiing in the 1980s. 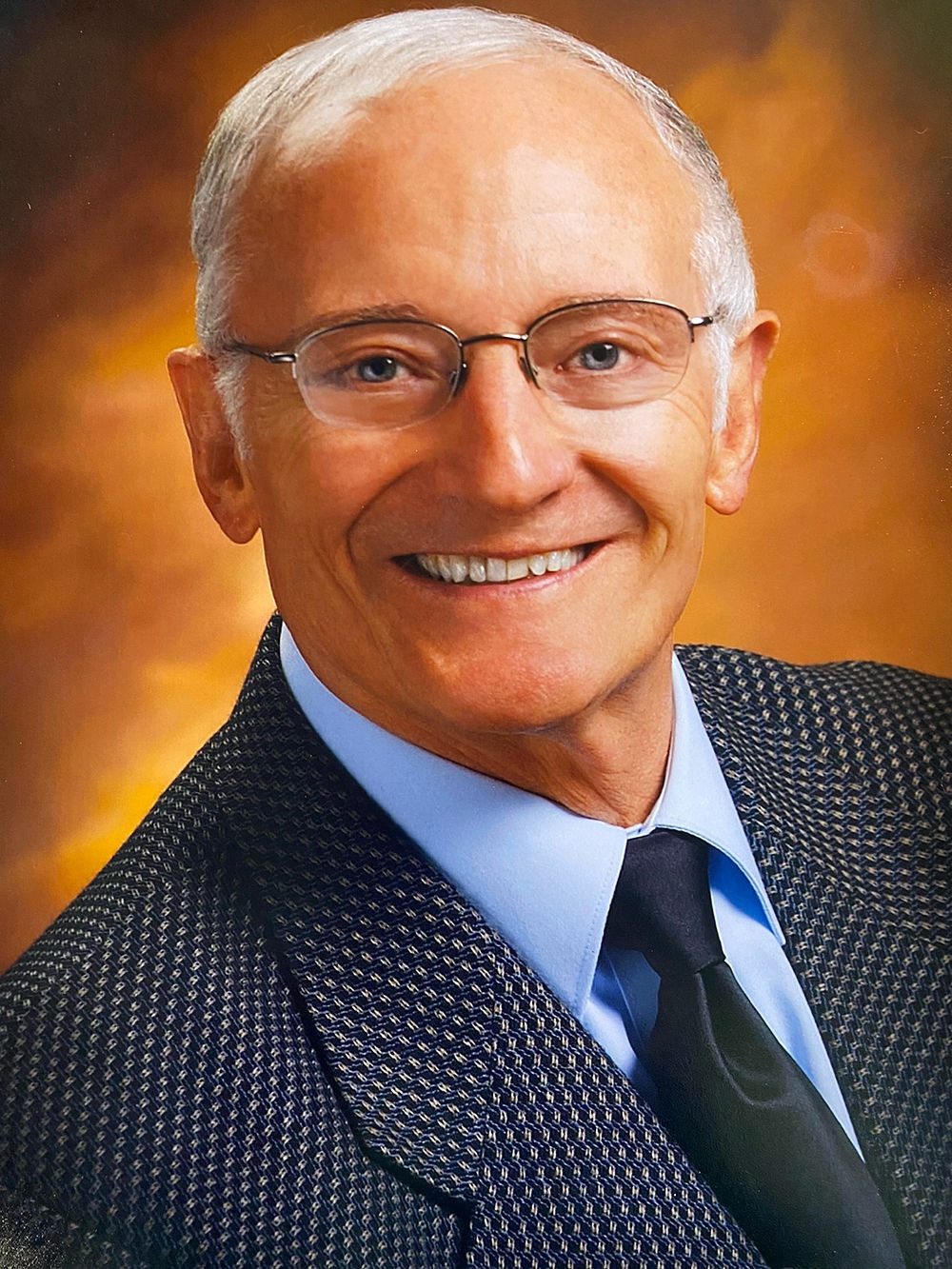 Over the years, Don Rodman mastered the art of the deal, but his best selling asset couldn’t be taught.

On Feb. 12, the longtime owner of Rodman Realty passed away at 82.

For Pat Rodman, her husband’s death offers a way to remember his lifetime of achievements.

“How you pass really doesn’t matter,” she said this week. “It’s how you lived that matters.”

Moral, hardworking and and giving — that’s how Sam Ellis, the successor of Don Rodman’s business, described her mentor.

For nearly three quarters of a century, Rodman Realty has facilitated commercial and residential property sales and offered property management services in Longview.

Don Rodman brokered some of the biggest commercial real estate contracts in Longview, bringing such businesses as Kaiser Permanente, Lowe’s and Fred Meyer to the city. Rodman helped put together deals that developed much of the businesses along Industrial Way and, with his father Bruce, the Triangle Town Center.

“He had something to do with something on every street in this town,” said Ellis.

Don Rodman helped the Cowlitz Indian Tribe purchase land for ilani Casino and at one point showed the president of Indonesia real estate in Washington and Oregon.

Pat Rodman had just met her future husband after he sealed the Fred Meyer deal around 1971, she said. She had gone to Ferguson’s Restaurant and Calypso Lounge in Longview with a friend, who introduced her to Don Rodman. On their first date, the avid pilot flew his bride-to-be about 130 miles north to the coast of Ocean Shores, Washington. About eight weeks later, the two were married.

“I knew the night he stood up and smiled I wanted to be with him the rest of my life,” she said.

It was Don Rodman’s father who laid the groundwork for the family’s real estate business, opening Longview Agency in 1946. Don Rodman took over the company in 1981, and changed the name to Rodman Realty a few years later.

Around the same time the agency began to focus on Don Rodman’s passion of commercial real estate, said Ellis. Don Rodman was designated as a commercial broker and investment specialist, she said — one of the only brokers with the designation in the city.

“He loved the game, the wheelin’ and dealin’,” said Ellis. “It wasn’t even about him, it was about the other people.”

His focus on his clients, said Pat Rodman, was due to his passion for people and community.

“He believed that if you are going to live in a community, you have to help that community grow and help the people that live there,” she said.

He served in leadership positions throughout his life, including on the Cowlitz County Economic Development Council, St. John Medical Center Foundation Board, Lower Columbia Community Action Program Realty Board and Rotary Club of Longview-Early Edition.

In 1997, his family said Don Rodman was awarded the St. John Foundation’s Tom Manning Award, honoring his commitment to the hospital, as well as the first citizen of the year award for the local chamber of commerce. In 2018, the City of Longview honored his retirement after about 53 years by renaming Oct. 6 Don Rodman Day, according to his family.

Don Rodman was born on April 14, 1938 in Klamath Falls, Oregon. By age of 5 he was already working, selling apples on the street corner, then newspapers by 10.

At age 15, he earned his pilot license, and owned three planes over his lifetime.

He graduated high school from Twin Falls, Idaho in 1956, then the College of Idaho in 1961 with a degree in business and economics. When he stepped off the podium, Pat Rodman said a draft officer was waiting to enlist him. The pilot opted for the air force.

When he left the military as a first lieutenant, he joined his father’s business. He went on to own storage facilities in Longview, New Mexico and Arizona, as well as a document management archives and shredding company.

Don and Pat Rodman had a blended family of five kids and six grandchildren. Ellis, who worked for Don Rodman since age 16, was like a surrogate daughter, said his widow, and walked Ellis down the aisle at her wedding.

Though Don Rodman’s physical presence is gone, the memory of her husband’s generosity will remain, she said.

“I hope people remember the kindness that he showed. I hope they remember him as someone with determination and gratitude,” said Pat Rodman. “And I know they will remember him for his smile.”

Meghan reveals she had suicidal thoughts

Four death investigations in one month has prompted a flood of baseless rumors for local local law enforcement, including: A serial killer is …

Early Friday afternoon, Paul Laufman and his wife stopped by the Ocean Beach Highway Safeway to pick up some groceries, but first, he got his …

An argument between two people living in the same Castle Rock residence resulted in one death by gunshot Saturday, according to the Cowlitz Co…

Don Rodman, right, greets a well-wisher at his 2018 retirement party. Rodman passed away on Feb. 12.

Don Rodman, of Longview's Rodman Realty, enjoys his hobby of downhill skiing in the 1980s.