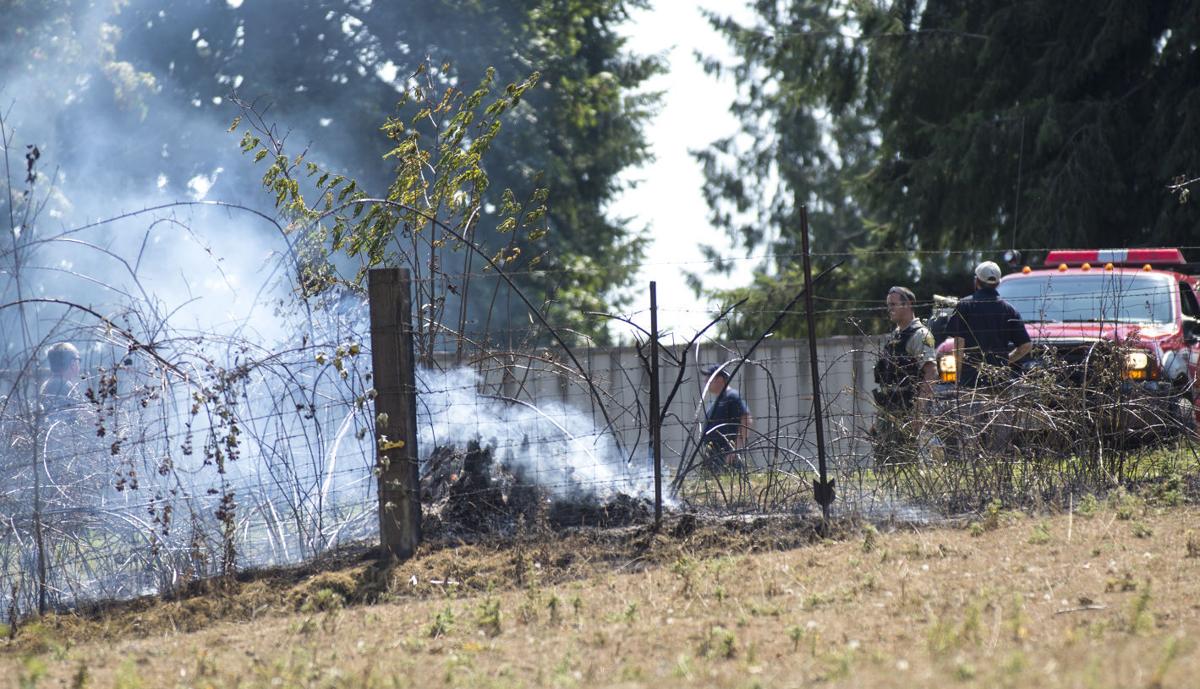 Grass and brush burn near private property off of Washburn Road north of Kelso on Wednesday afternoon as fire officials keep the fire surrounded. 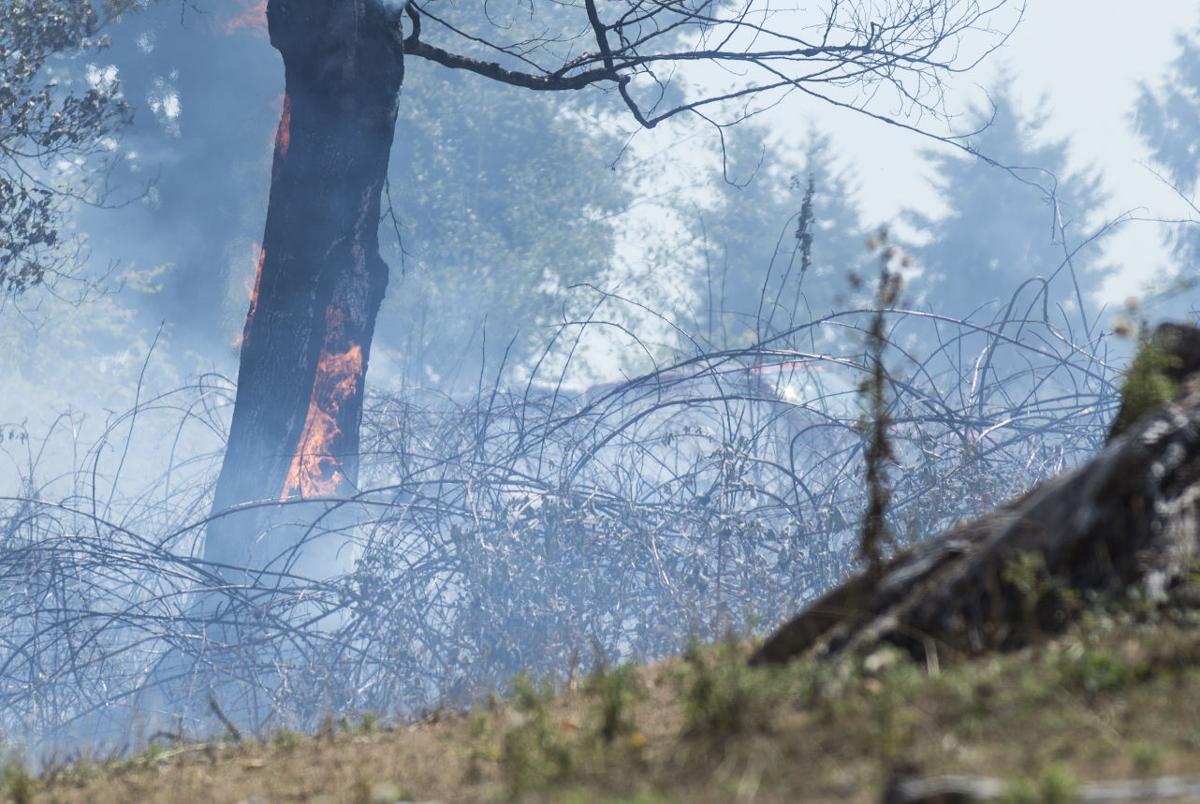 A tree catches on fire during Wednesday's brush burn north of Kelso.

A brush fire burned a half acre of private land and triggered a neighborhood alert north of Kelso Wednesday afternoon, but firefighters and residents controlled the flames before they did much damage.

The blaze broke out just before 1 p.m. on Washburn Road and was quickly surrounded by fire personnel. Cowlitz County sheriff’s deputies notified nearby residents and put them on evacuation alert.

There were no injuries, and other than lost blackberries only minor damage to a storage building was reported.

The fire was called in by Chuck Weaver, whose Cobble Rise Ranch comprised most of the woodlands burned Wednesday.

“Smoke was just blowing through onto the patio, and I could hear it crackling,” said Weaver, who is blind.

He said he and his wife have never had to deal with fire on the property, where they’ve lived four and a half years.

Crews had easy access to the fire and quickly contained it to the dry grass and shrubs in the rural neighborhood.

“We got lucky, and a lot of the neighbors were out there helping out too,” Cowlitz 2 Fire & Rescue Capt. James Graham said.

The fire was being mopped up into the evening Wednesday.

The state Department of Natural Resources is investigating the cause of the fire.

In an aptly timed news release Wednesday, the DNR said this year is has been especially hot with human-caused fires.

Of the 751 fires on DNR-protected lands so far this year, 628 have been human-caused. That’s nearly 200 more human-caused fires than at the same time last year.

“A very large number of wildfires in Washington are being started by people,” Mary Verner, DNR’s deputy for wildfire, said in the release. “Because conditions are so bad, common activities like operating farm equipment or target shooting can spark fires that turn into major destructive events. We need everyone to take the utmost care around any activity that might start a wildfire.”

LEWIS COUNTY — The death of a logger killed on the job Jan. 10 in Lewis County was ruled an accident.

Grass and brush burn near private property off of Washburn Road north of Kelso on Wednesday afternoon as fire officials keep the fire surrounded.

A tree catches on fire during Wednesday's brush burn north of Kelso.