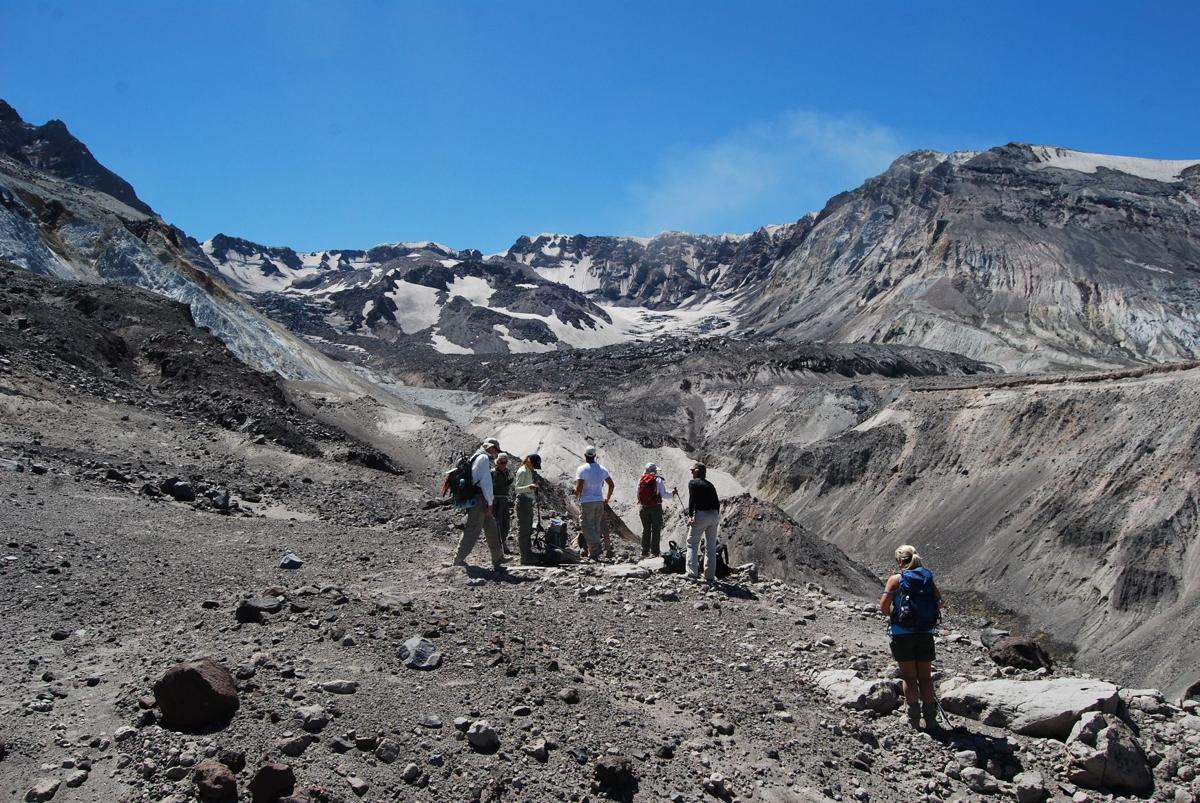 The north climb route leads to a spectacular view into the Mount St. Helens crater. 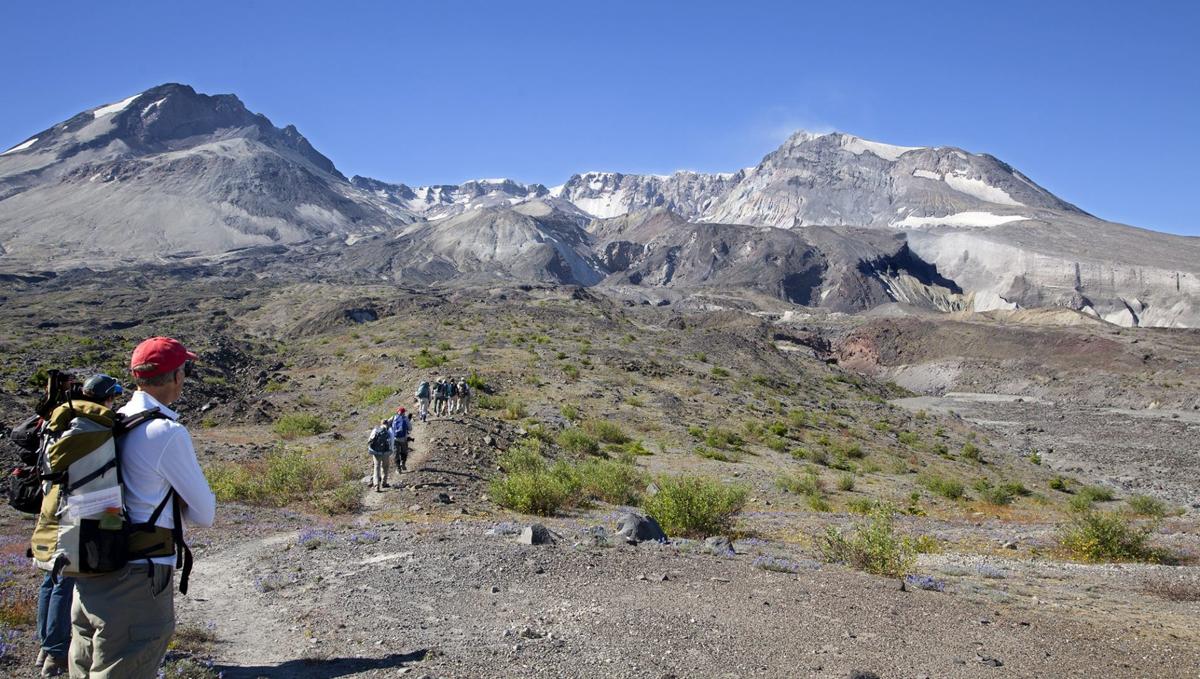 In this 2015 Daily News file photo, members of the Mount St. Helens Institute guided hike head up the trail for the climb to their destination at the lip of the crater.

A route up the north side of Mount St. Helens to a dramatic view of the crater will remain open only to people who pay $195 for a guided trip.

The Forest Service decided to hold off on plans to open the route to the general public because of concerns rescues would be difficult in the remote location.

The Forest Service scouted the “north climb” route three years ago and opened it the following year to climbers guided by the Mount St. Helens Institute. At the time, the Forest Service was considering eventually opening the route to the public under a permit system similar to that offered for the south climb route, where permits cost $22 per person.

The north climb route takes off from Loowit Trail, about one-quarter mile east of the Loowit Falls spur. The climb heads uphill about 1 mile to the crater viewpoint, which is at 5,300 feet elevation. From the saddle, the original dome — formed from 1980 to 1986 — is front and center, 1 mile away, and parts of the second dome —formed from 2004 to 2008 — are visible behind it.

“Other than by helicopter, there is no better view of what’s happening inside the Mount St. Helens crater than this one,” Frenzen said.

The overall hike from Windy Ridge is about 8 miles, with an elevation gain of 1,800 feet, so it’s easier than climbing Mount St. Helens on the south.

However, it would be more difficult to rescue people who get in trouble on the north climb route, Frenzen said.

“There are so many rescues off the south side,” and emergency workers didn’t want to add responsibility of more calls to the north climb, Frenzen said. “They don’t have the money for helicopter flights,” he said.

Authorities also were concerned people who did the north climb might continue into the crater, where rockfall is a danger.

Tom McDowell, assistant chief of North Country Emergency Medical Service, said it would take a rescue crew at least one hour to drive from its station near Swift Reservoir to Windy Ridge. Rescuers would have to walk in from the ridge. It could take hours to carry out an injured hiker if poor weather prevented a helicopter rescue.

The full-time North Country emergency workers are supplemented by the 35 members of the volunteer Volcano Rescue Team. Those rescuers responded to 24 calls on the south side of Mount St. Helens last year and six already this season, McDowell said. On Mother’s Day, they helped a dehydrated and exhausted climber.

North Country didn’t say opening the north climb to the general public was unacceptable, he said. “We expressed the concern with rescuing people.”

Limiting the north climb to guided trips assures that an EMS with radio contact will be on all trips. Cellphones aren’t reliable there.

The Mount St. Helens Institute’s north climb costs $195 for a one-day trek. Last year, the climb cost $300, which included a campout the night before.

The “Crater Glacier View Climbs” are offered weekends from July 25 through Sept. 12. Of the $195, $145 can be claimed as a tax-deductible donation to the institute.

For an even closer view of the lava dome, the institute offers guided Into the Crater hikes that are 12 miles long with an elevation gain of 3,000 feet. Those hikes cost $600.

The institute’s guided climbs on the south route are sold out for the season. People may still purchase permits for non-guided climbs for some weekdays this summer, though weekends are sold out through summer.

“The demand for climbing permits has been increasing,” said Ray Yurkewycz, director of operations for the institute. “The demand at Mount St. Helens seems to be increasing.”

For details or to register for the north climb, visit http://bit.ly/CraterGlacierViewClimb.

Watch Now: Beer bellies are a sign of poor health

The north climb route leads to a spectacular view into the Mount St. Helens crater.

In this 2015 Daily News file photo, members of the Mount St. Helens Institute guided hike head up the trail for the climb to their destination at the lip of the crater.